What a Great Start! Just in a week after launching the public phase of our campaign we have passed five milestones already. Thank you so much to all our Backers and supporters on social media! This would not have been possible without you! So, let's take count of where we are and what comes next.

What a Great Start!

Just in a week after launching the public phase of our campaign we have passed five milestones already.

Thank you so much to all our Backers and supporters on social media! This would not have been possible without you!

So, let's take count of where we are and what comes next.

Last week was all about launching the public campaign but we also made some preparations to enable the development of Milestone 1-3, and now we can add Milestone 4 and 5 to the list, too. 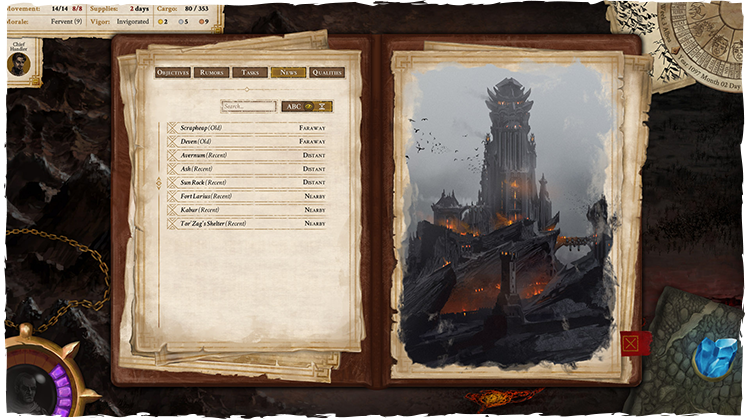 We've already had fairly detailed plans, including mock-ups, for the Journal updates so we could start implementing those right away. So far the development seems to be progressing well. Beside adding the new features, we also need to break then reconnect some of the pieces. The reason for that is that in the new structure we're changing how and where we store certain data elements. Good examples would be Rumors and Passengers, both finding their new home in our data tables while before Rumors were recorded in our text editor and passengers were added directly in the code. We will also need to make some tutorial changes as multiple user interfaces are affected by this update.

1) We decided that the combat backgrounds needed some rework. Partly to make them visually more pleasing but also to harmonize their perspective (horizon, angles, etc.). We are also adding new combat backgrounds, some will come as extra into the stand-alone story Pilgrims of the Wasteland, while others you will only encounter in the main campaign. Producing art assets of course takes longer so we started to work on them soon after entering BackStage Pass on Fig. The good news is that not only are they ready but our artist working on them had time to create a brand new digital painting for Avernum, too. We felt we needed to do justice to that great city.

2) The redesign of our Companion Combat deployment user interface - which we prioritized so high based on the feedback of our players, and our experiences during a recent GameShow we attended; a good percentage of players found it unclear which companions were deploy-able vs. fixed already on the battlefield. With this change, though, we are also making preparations for future options, like indicating companions that must or must not be deployed, or the minimum / maximum number of companions to be involved in the given combat, and so on. We will start implementing this part soon after finishing the first Journal update, so while that is being tested we could add this. 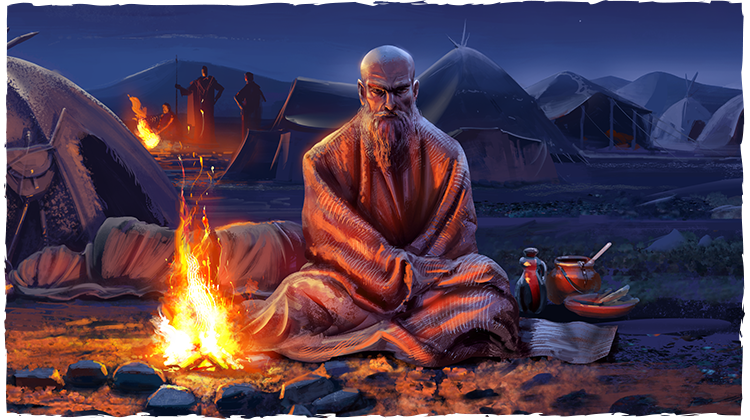 We reached out to the voice actor who recorded all the lines for Agos the Wanderer in the past but have not heard back from him for over ten business days. It may not mean anything but we need to keep an eye on this. Based on his account updates - or rather the lack thereof - something may have prevented him from practicing his voice over service lately. Our preference and stance on the matter at this point is definitely to wait and keep trying to reach him but eventually we may need to consider recasting for Agos if we were not able to have him record the remainder of the narration for him. We will keep you posted on the subject but even until then feel free to let us know your views on whether to wait. Alternative voice actor recommendations are also welcome, just in case. 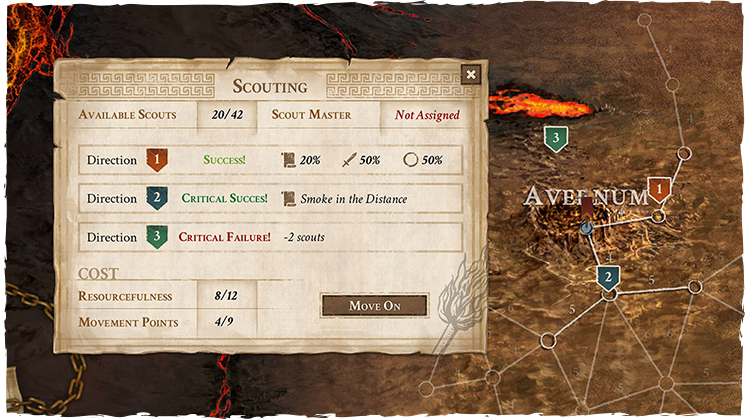 Have you felt during your Alpha build play-through how nice it would be to have some information about what you can expect on the nodes around you before committing to a direction with your comitatus? If yes, you will definitely like this feature. Scouting ahead will not only bring you intel about the events that may occur in a given location but also the likelihood of crew combat encounters (Milestone 6). Of course, like everything in the game, this will come at a price: you will need to spend movement point (possibly Resourcefulness) and risk your scouts each time you send them out, making you weight the pros and cons of recon missions. Working on the coding and testing of this Scouting feature will come after the completion of Milestone 1, running parallel with the implementation of Milestone 2. 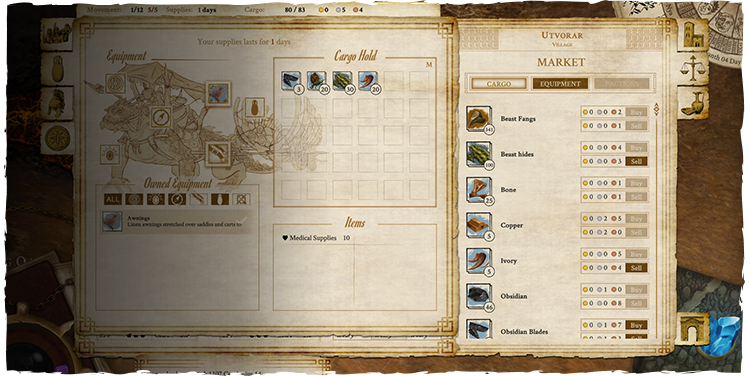 Trade Pricing System is a typical underdog feature: deploying it will involve no new shiny interface, it will just runs in the background, minding its own business (pun intended). Yet, it will have vital importance ensuring that hauling cargo between settlements would make sense financially. Well, if you take into account supply routes, actual demands and can deduct what some rumors might entail as to the prices of certain goods in given regions. The development of this feature will only come after on Milestone 4 so it for now just quietly stands in the queue waiting for its turn. 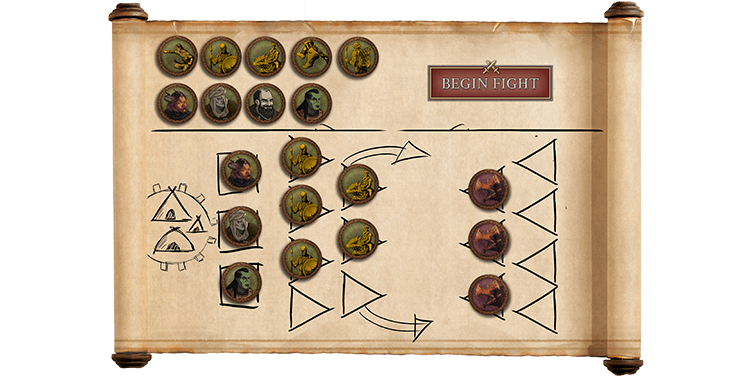 The next big thing. Having fighters and outriders in your crew might have given it away already that they would play an important role during your journeys across the wastelands of the continent. The feature that builds on them is crew combat. The design of this feature is in quite an early stage - we are in the process of prototyping our ideas. The main objective is very clear, though: we would like to give the option to players to get through random encounters using this feature instead of the slower companion combat. Players in most cases could pick between those two allowing them to build on their strengths. Of course, there will be many engagements where it is predefined which combat type - or even both - takes place.

Support Vagrus by Spreading the Word

Hope you are just as enthusiastic about our progress and upcoming milestone as we are. If so, help us pushing the campaign further with spreading the word about Vagrus. Start by sharing this post on your favorite social media channel. Post(s) with the highest Like/Upvote/etc. might earn the sharer some perks on our Discord server. ;)