Version 0..01 launched back in July and ever since we have been hard at work improving the game. In fact, version 0.02 can be considered, to some degree, a brand-new game versus the old version. Several core changes to the game have made version 0.02 mostly about restoring functionality to 0.01's levels. Before we go into the new features, I just want to say that multiplayer functionality has yet to be restored, and it will return in version 0.03. Version 0.03 should be around shortly, certainly before November, but there's a slim chance it'll return by late October if we're extreme lucky.

With that out of the way, let's get to it: 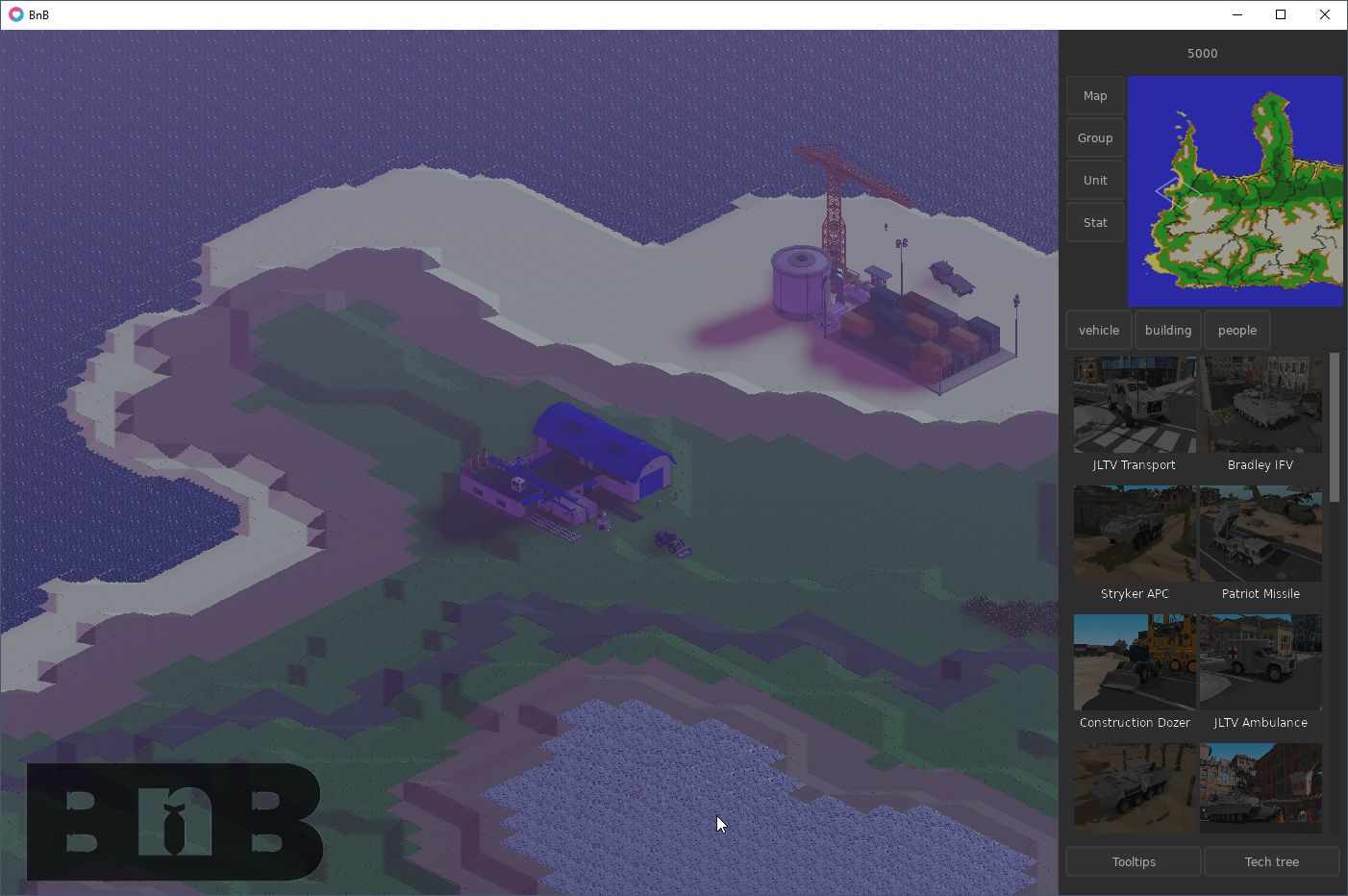 In 0.01, we had fairly advanced pathfinding, which could perform K-turns, was physics-based, and the paths themselves where free-floating splines that accounted for a vehicles length and turning radius. We got this to work, barely, at the cost of everything else. The maps needed to remain small, tile cost was out the window, map complexity needed to be kept at a minimum, and, sometimes, pathing could take more than a minute.

With a heavy heart, we finally decided to throw out complex pathfinding in exchange for what is essentially default A-star pathfinding.

What we decided to put in its place was terrain. While you might think that terrain doesn't affect pathfinding, ours does. Our terrain has the ability to handle cliffs as well as 3 levels of roads / tunnels / bridges at a single location. This will open up the way to have more interesting maps, and it also opened up the way to our next major feature. 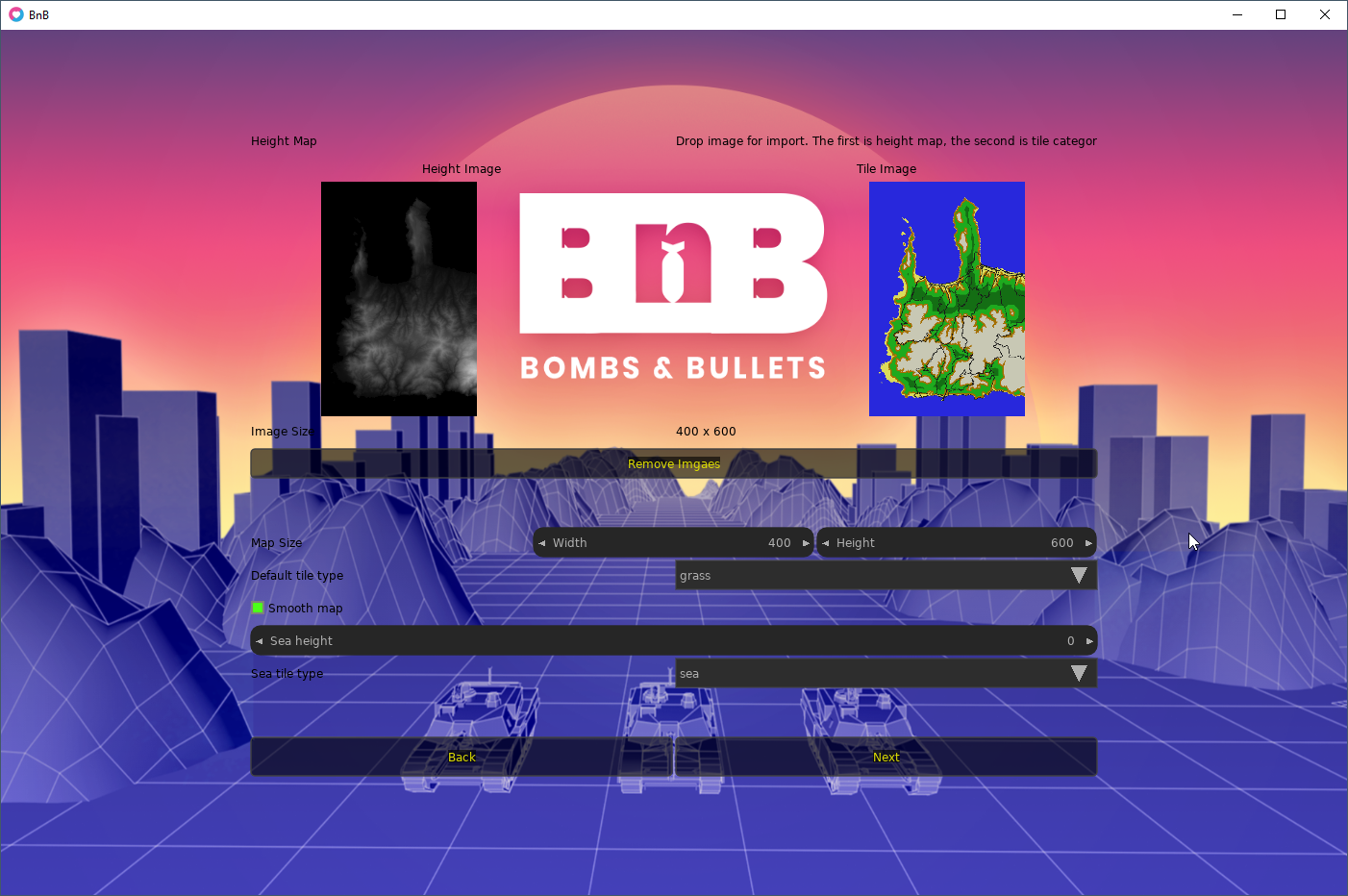 With the addition of terrain, we could work on bringing in heightmaps, and alongside that, tilemaps. With these two items, it will be very easy for the BnB team to make maps of real-world locations relatively quickly, providing a wonderful foundation to make a fully fledged map. Additionally, this will make our goal of making maps of a lot of real-world locations an achievable goal for a small team like ours.

The heightmap and tilemap import functions will be available to the players if they choose to use it. However, its still in its infancy and we plan on making some changes to the tile set in the next 2-3 versions, so there is currently no documentation. Although I will gladly answer any questions regarding its use to any player that wants to give it a try.

We have fleshed out the day / night cycle a bit. Making it prettier and longer. We will further improve this in the future.

This is and will remain a purely visual thing. It won't affect gameplay at all, aside from making things a bit difficult to see at night for the player. 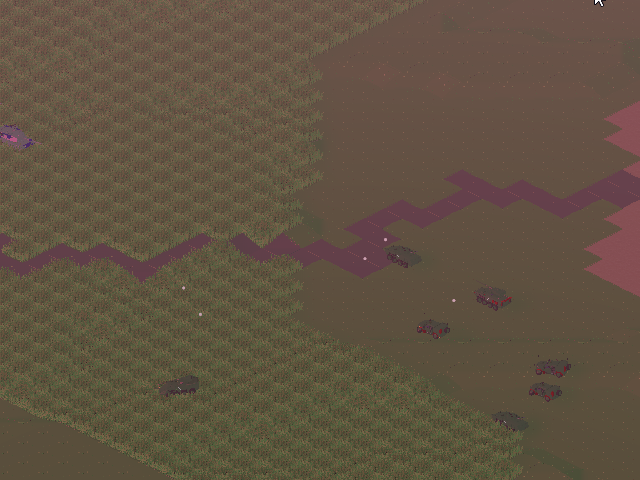 To be completely honest, we added swarm mode because we knew we could not restore multiplayer functionality before our internal 0.02 deadline. It's the game's first single player mode where the player can fight off swarms of enemy vehicles of increasing difficulty.

What was surprising to us though, was that despite its simplicity, it proved to be an engaging and enjoyable challenge to play. It's actually quite easy to play strategically. As long as you've got enough defenses built up in the beginning and your economy is strong, the player just needs to hold out long enough to be able to pump out a few artillery units to flank the enemy base. Once the enemy base is destroyed, the enemy units will stop spawning, then it turns into a mop-up operation. 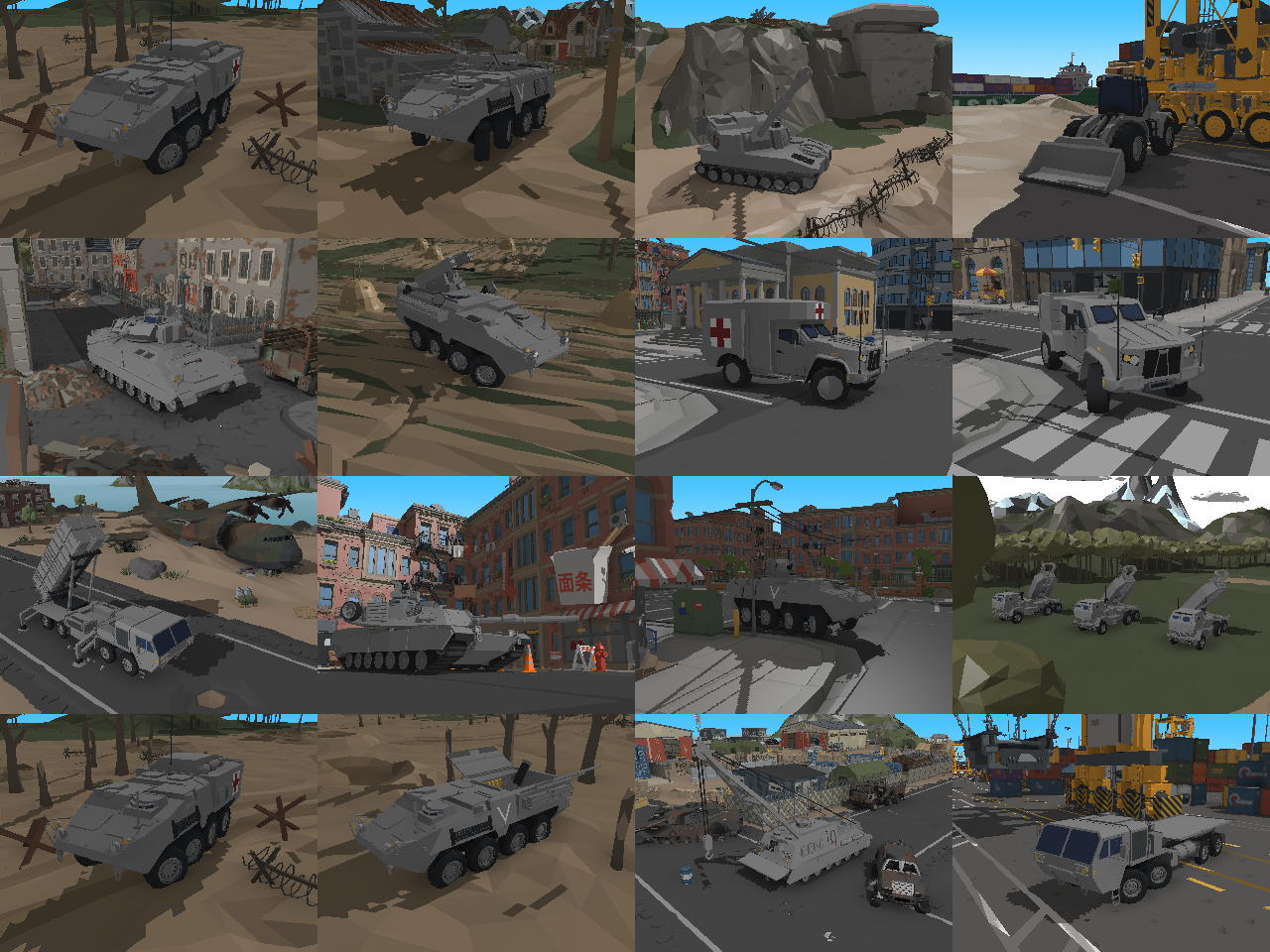 During the production of this version, we further finalized our asset production pipeline, added unique unit icons and re-rendered all the vehicles once again. hopefully for the last time for a while.

Do check out our Asset Creation videos, where you can watch a time-lapse of our complex asset creation process while enjoying some tunes from our wonderful composer, Vav.

We also added some quality of life improvements to the game, including:

Honestly, we are still in the middle of restoring all 0.01 functionality to 0.02 due to us deciding to nuke the complex pathfinding. In version 0.03 multiplayer functionality will be restored and it should be just around the corner. After that, we will finally be able to turn the corner and start adding new features once again. So, exciting times up ahead

Thanks for dropping by. Hope to see you the next time around.