Welcome to the second blog edition of 'Back Then'! In this edition, we're talking about how the controls worked before, what caused us to change them, and how we overcame some troubles.

Welcome to our second blog, this time we'll share light on how we approached the wheelchair movement, our troubles with it, and a wholesome story to go along with it!

On the 17th of July, we had the opportunity to participate in the GameDevStudent Showcase. 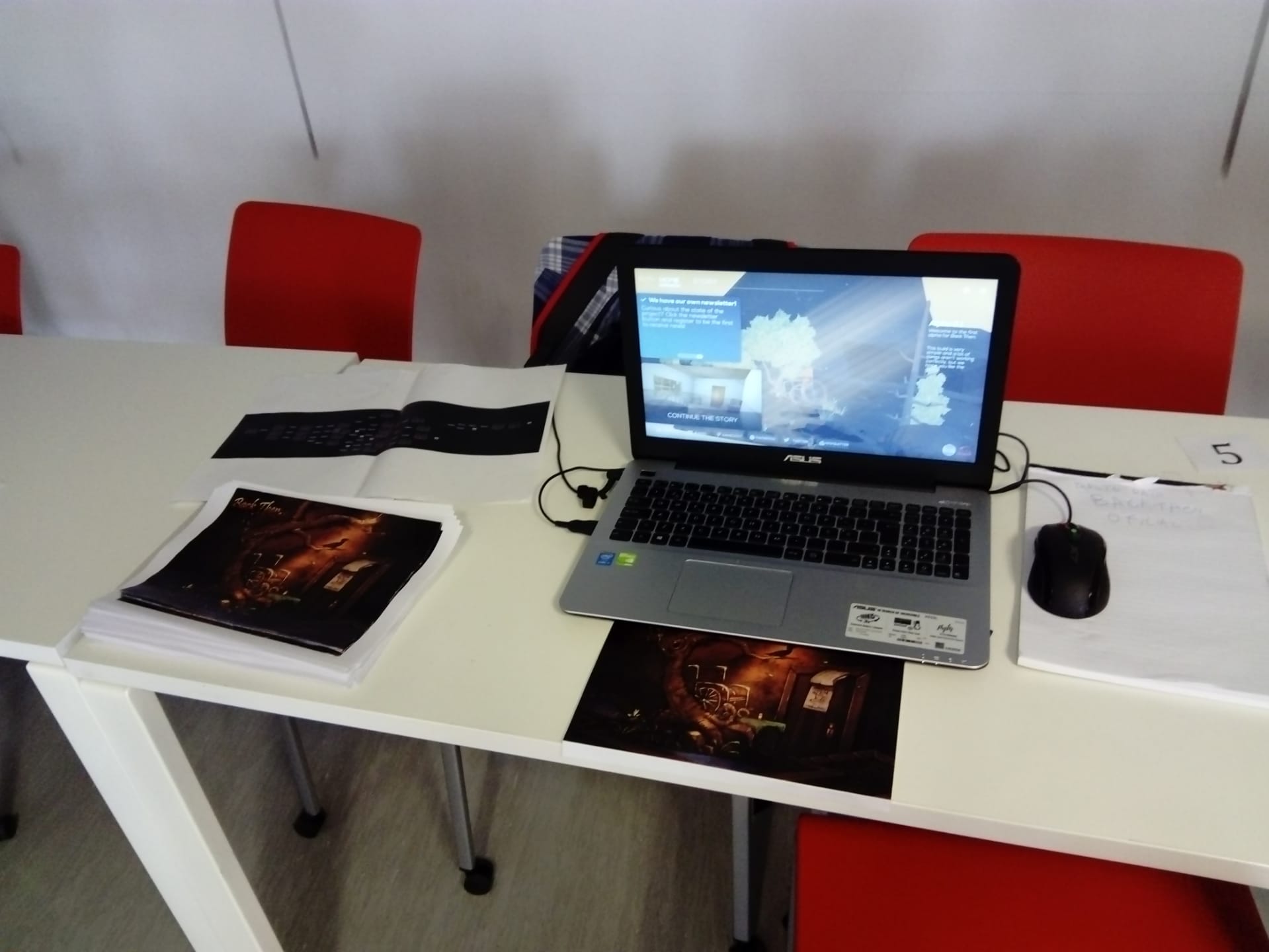 It was here that we for the first time, got first-hand feedback for the game because up until then, we were kind of winging it. Don't get me wrong, we already had a plan in motion, but this event solidified that and helped us polish the rough edges.

We received tons of great feedback, and one of the problems players found the most annoying, was this...

See, you couldn't use your mouse to rotate the camera as you'd expect, instead, you rotated left or right with the wheelchair, the mouse could only go up or down.

It's interesting how divided this choice was, some players liked it while others thought it wasn't needed, which lead us to a brief discussion about what we'd end up doing.

Well, we wanted to see how the game would feel if you had horizontal movement in the mouse too, and at first...things didn't go that...well.

Since the camera is clamped, meaning you can't go beyond certain limits with your mouse, the chair could rotate a full 360º but the camera wouldn't.
We clearly have an issue, so how do we fix it?

Firstly, I tried making the camera suffer from the rotation of the chair when the player pressed A or D, that didn't work.
Then I looked at the place you look whenever you feel stuck. Google.
Hours were spent scavenging the internet for anything remotely similar to my issue, some were close, but not quite what I was looking for.

Then I (Ruben), was invited to be the guest at a weekly Portuguese gaming podcast called Game Corner, and André, the co-host, so happened to be a dev himself, and after I explained the problem, he gave me a bit of an answer but wasn't sure, although it was a "puzzle to solve and I'll crack it eventually". That he did.

The next day, he shoots me a message on discord saying that he found a video that explained exactly what I needed, but it wasn't known at all.

Then what do ya know, after messing about with new code and doing things a bit outside of the box. Voilá.

We got results. It works fantastically well (a bit too well), and this will be many of the features present in the upcoming demo.

We're keeping this blog entry short and sweet, as we have a lot to cover next time.

Be sure to keep up to date with our social media: