Showcasing our game at PAX South was an amazing experience. Here’s a little debrief of the event and some useful tips for other indie devs.

Posted by VirginRedemption on Mar 1st, 2016 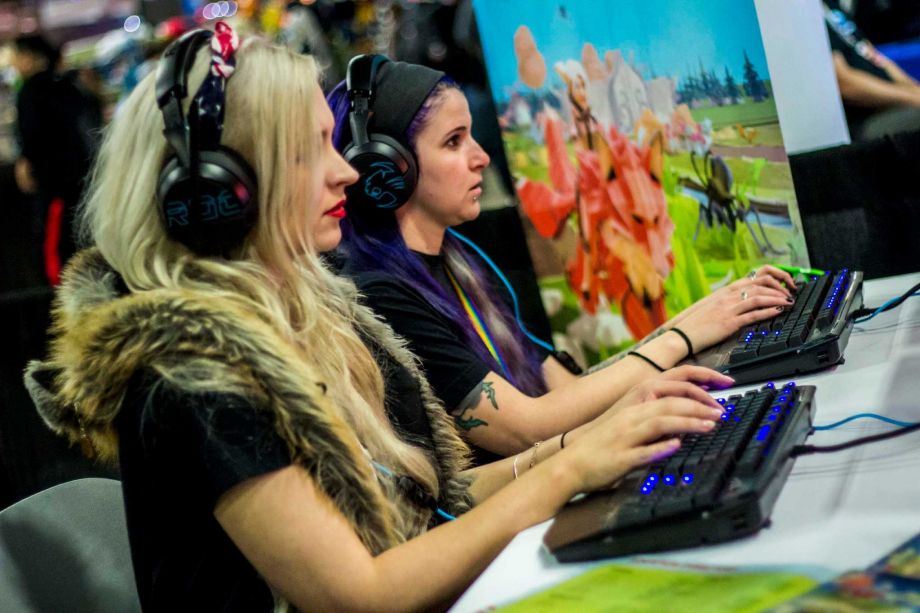 This year we went to PAX South with our Early Access game Epistory - Typing Chronicles. It’s the first game that we are self-publishing after eight years of existence. It’s not that we didn’t want to self-publish before - but we couldn’t. First you save money and only then you can develop your dream game.

Showcasing our game at PAX South was an amazing experience. Here’s a little debrief of the event and some useful tips for other indie devs.

Scale to Your Booth 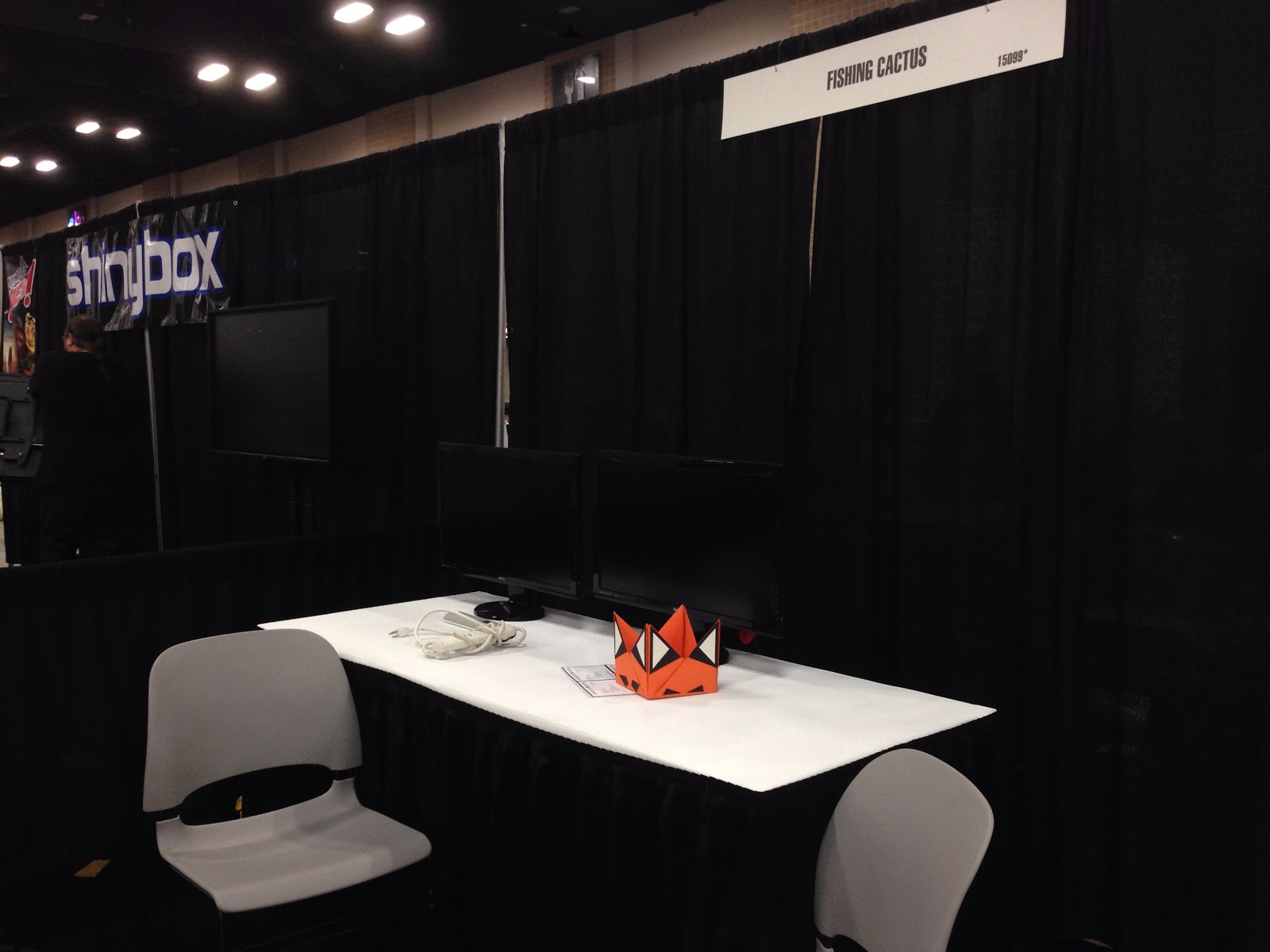 We rented a 9m² (97 sq ft) booth with a table and two chairs. Just enough to play the game on two computers. This turned out to be a bad thing. The amount of potential players visiting our booth was way higher than our expectations. An enforcer had to take action because, like Legion, they were many. So much that they blocked the path.

Make sure that you have enough machines to avoid queues and prevent people from being discouraged and leaving your booth. Especially when your game, like ours, requires a long-ish demo of roughly 20 minutes. Bear in mind that if you have a shorter demo, you can probably squeeze in more players per machine - plan accordingly! 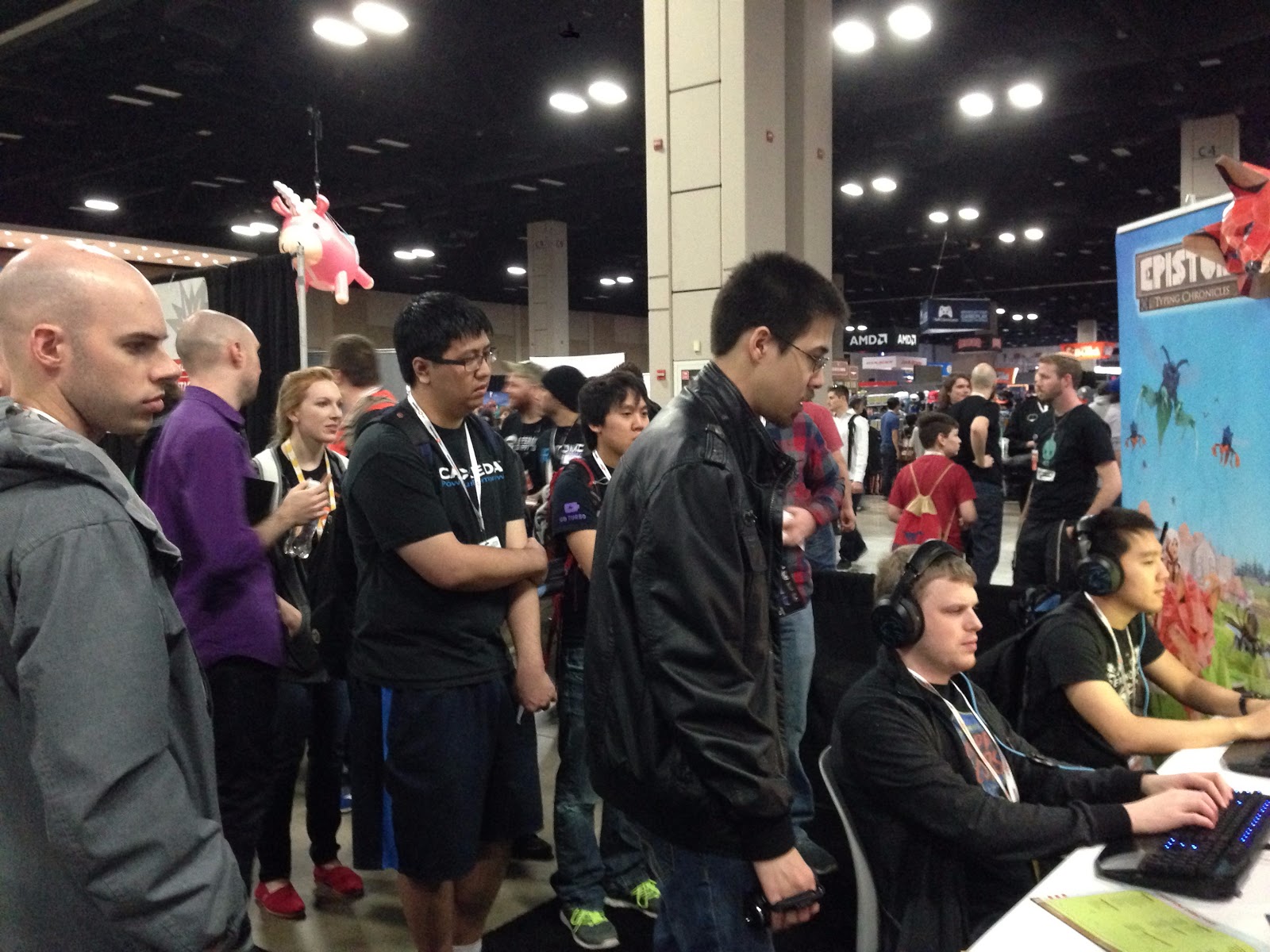 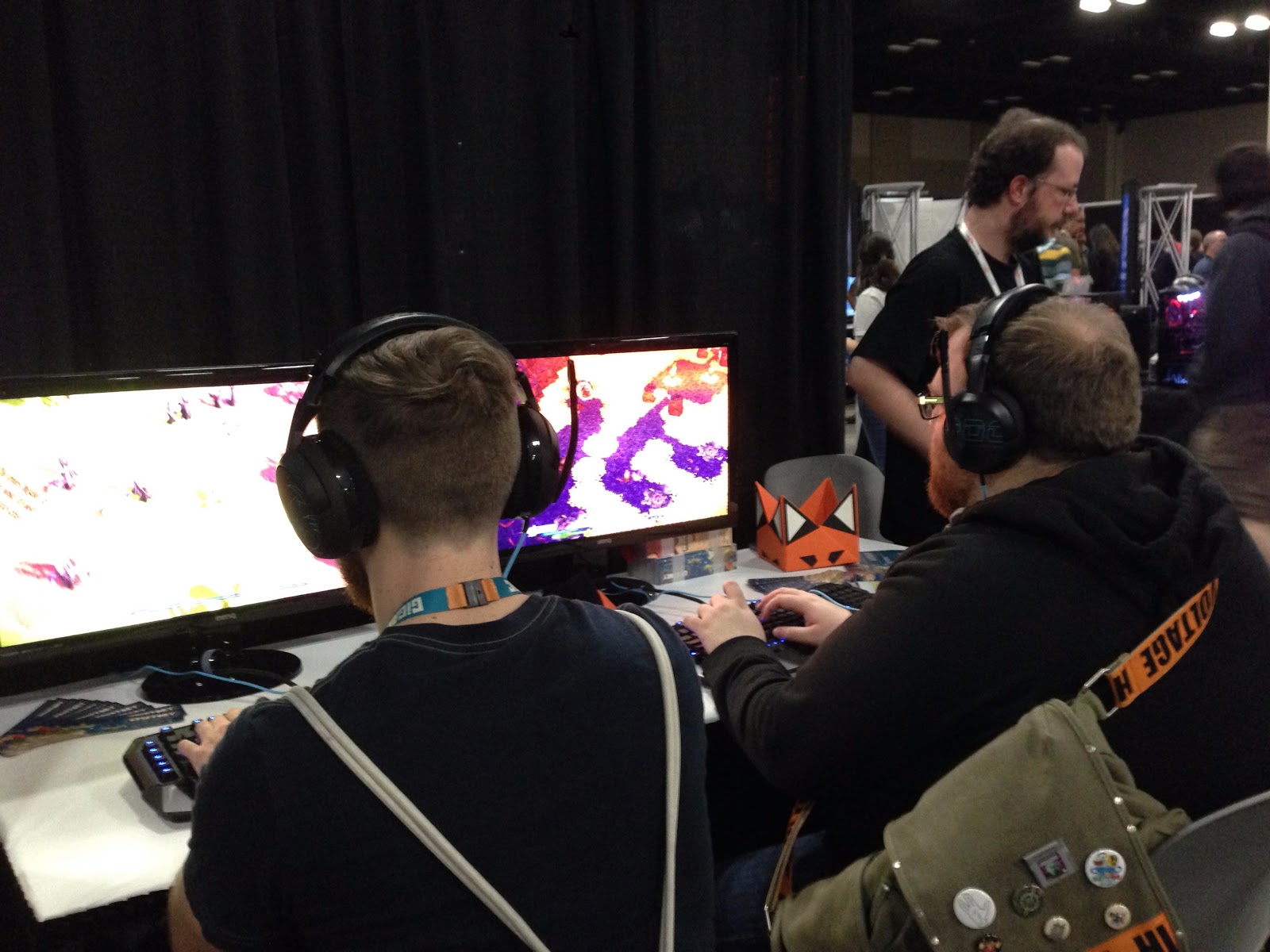 We had a very basic booth and wanted to put our own little touch on it. We brought a roll up of the game and built a fox face-like paper bowl, with candies in it. I confess that it’s easier to find ideas when your game has a papercraft/origami art style like ours! We also placed flyers on the table with a nice design and bookmark shape to remind players of the storybook written in the game. The final touch was a homemade fox mask that looked exactly like the one that our protagonist is riding. Sometimes we wore it, sometimes we let people try it.

All in all, our decoration was promotional and fun!

When you are showcasing your game at an event such as PAX South you definitely see a lot of people playing your game. Some of these people may be press: you will recognize them by the color of their badges. Memorize the color the first day and use this information cleverly. 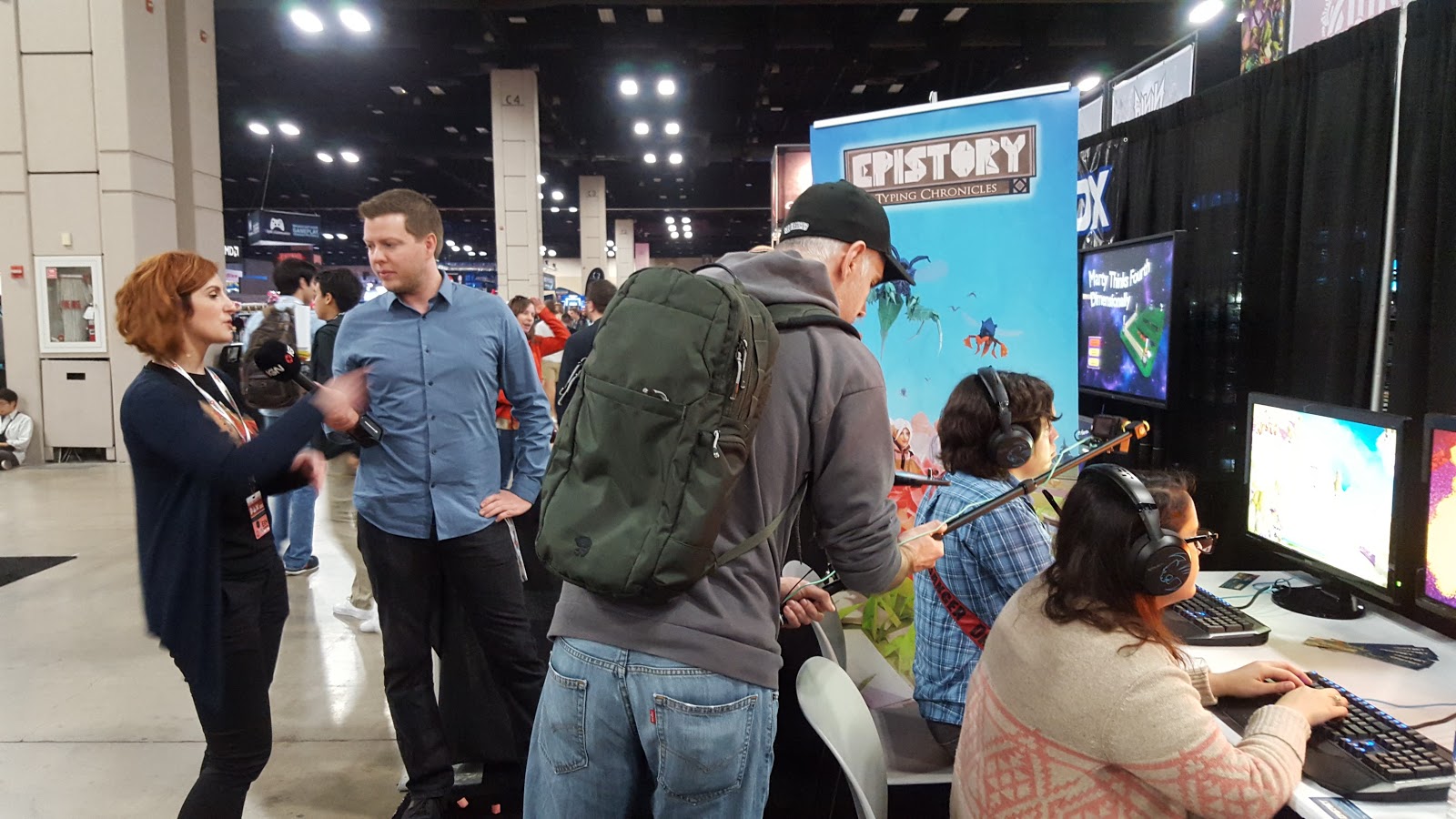 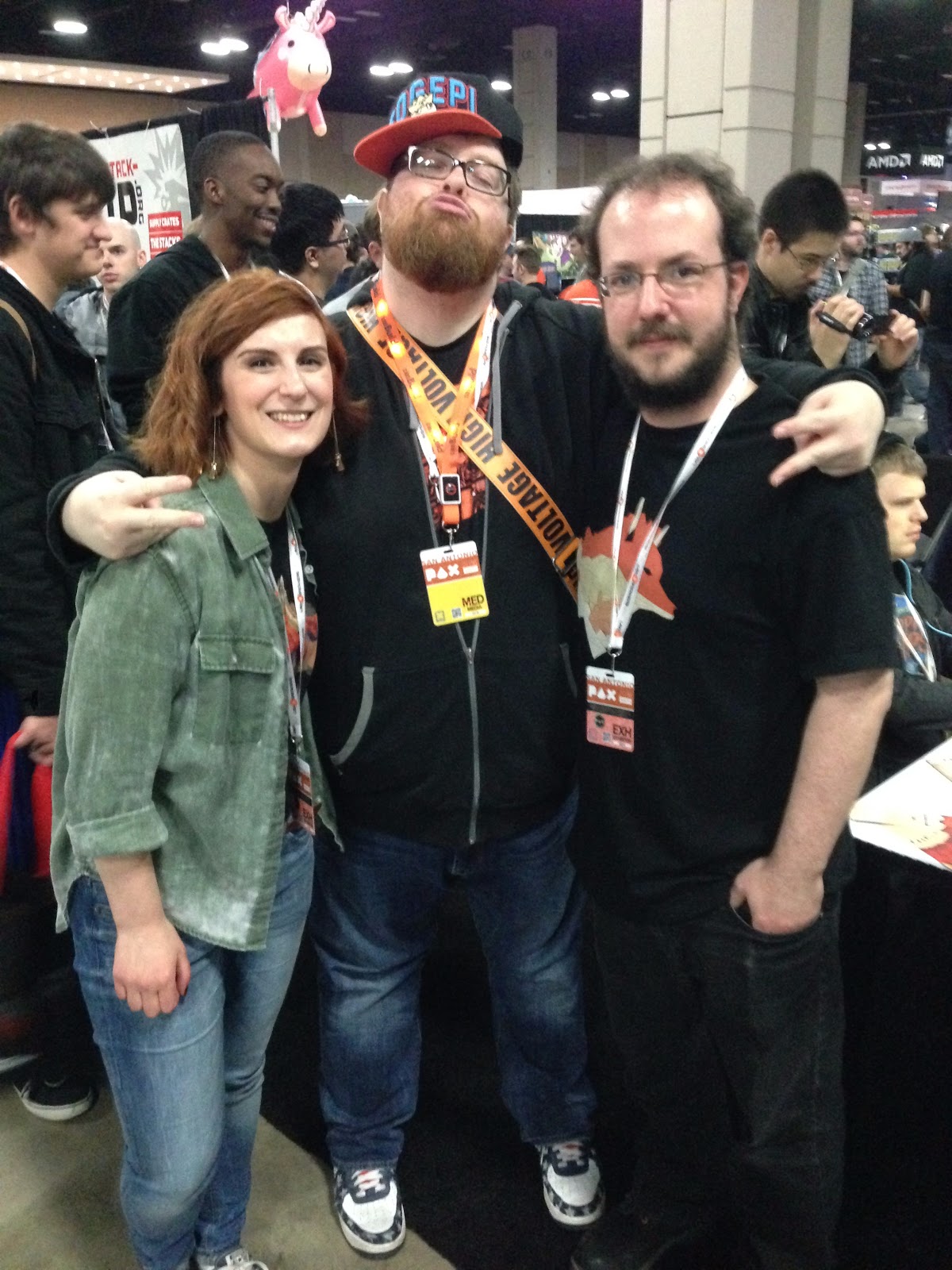 Don’t be pushy with press people. Calm down and breathe. They surely have a lot of meetings planned for the event. Give them a little reminder of what your game is about by telling them briefly. Let them watch other people playing. Press people are like us, they prefer to get an idea of how to play it before playing it themselves. You don’t want to look dumb with a press badge around your neck, do you? Finally, let them play your game without pressure. Don’t stalk over their shoulder: take care of your booth but be aware if they have questions. Then, fish for negative feedback. These guys play a lot of games and their feedback could be very interesting. Don’t forget to ask them what they liked - know your weaknesses as well as your strengths.

Now, imagine that they came to your booth because they were intrigued by your game and wanted to know more about it. Wait a little bit before talking to them. Let them decide if they want to stay or not. Watch another person playing with them and ask them if they want to get little briefing of what’s going on. Then introduce yourself and don’t forget to get their names and the name of who they write for (be sure to have business cards with you). When someone finishes the demo ask the following person if they don’t mind to let the press step in first. If you are from Europe like me, it could sound rude - but believe me, American people are more open and won’t go mad if you ask them such a thing. Finally, don’t forget to ask questions and get feedback before they leave your booth.

Expected press or not, you have to be sure to not run out of Steam codes/keys/etc for them. Generate a lot of them before the event and print them on flyers, ready to hand out (we folded ours into origami foxes!). Some of these guys walk in small groups. You don’t want to be taken as a miser, so take a minimum of four Steam codes for every meeting you arrange. Then double that number for the meetings you’re not expecting! 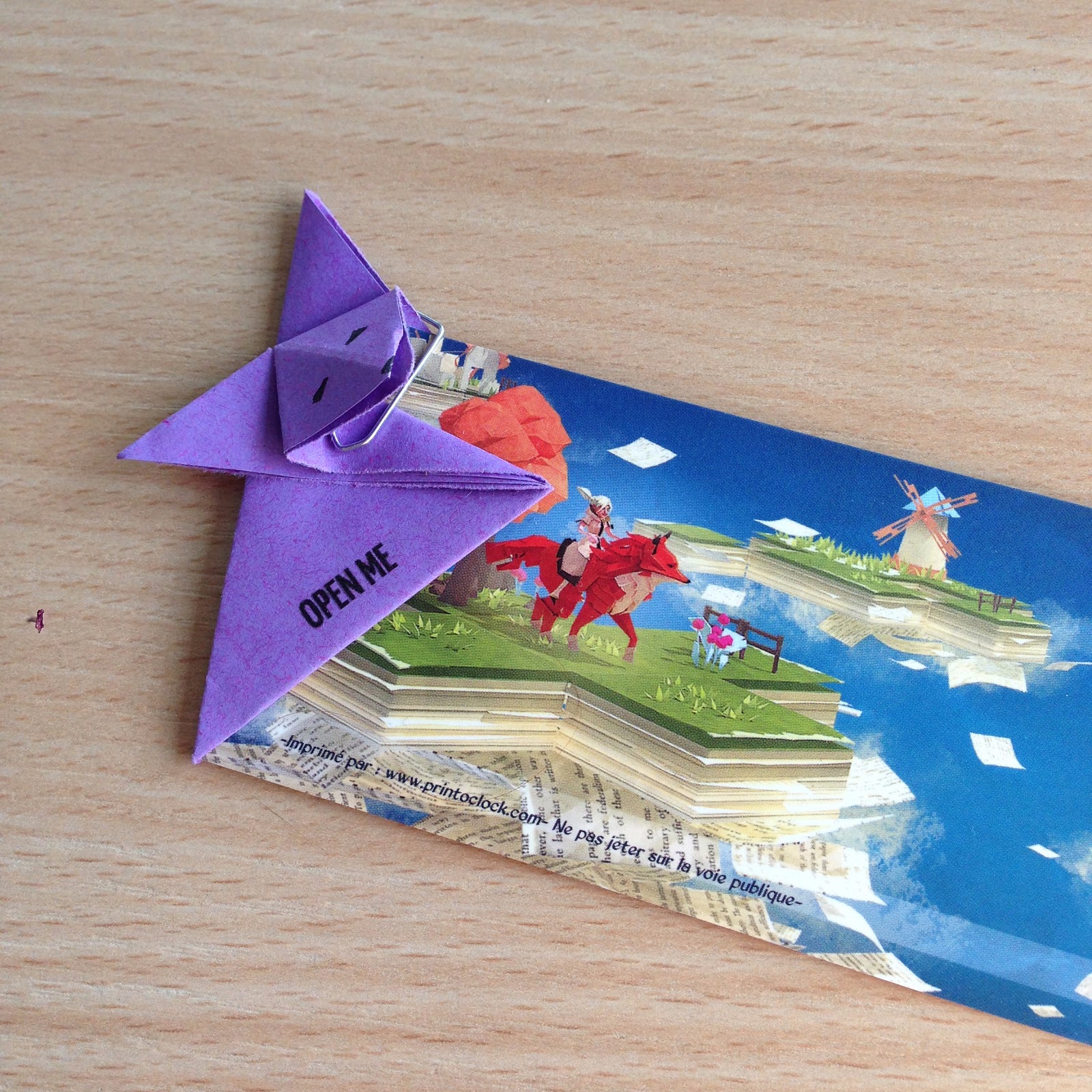 I am not sure it is necessary to say it: but you have to be even nicer with your players than you are with press. Especially while they’re waiting in a queue! Socialize, keep them happy, get their feedback, ask them about the kind of game they usually play. Get to know them because if they’re prepared to wait twenty minutes in a line to play your game, they are clearly part of your target audience. It’s like a 50/50 social exchange: you are improving their experience and making the time go by faster while waiting and at the same time you are getting valuable marketing information.

Don’t forget to thank them and put pictures of their smiling faces on your game’s social networks! If you can, organize a giveaway during the event. It’s nice to reward visitors for being part of your growing community.

Don’t be shy: tell them how it is to be a game developer. Give them all the gossip. They are always dying to know about the “making of” process: share more than a game, share the life you chose.

Here’s the last tip but not the least: wear comfortable clothes and shoes. When you are running a booth you’ll be up on your feet for more than eight hours a day. I’ve heard it said that ballerina shoes are comfortable - but I don’t buy it! To be honest, even Converse are painful to wear. Trust your feet and do right by them.If you want, you can simulate the boothing experience at home. Pick your favorite outfit and stand within your favourite 5-7m²(54-75 sq ft) space for 8 hours. If your feet aren’t killing you by the end, congratulations! You found a good pair of convention shoes. Now all you have left to do is to train those back muscles.

Another important point is to wear fantastic t-shirts with your game’s artwork and/or name printed on. When people stop by your booth they should directly understand that you are there to help. It looks more professional, too! 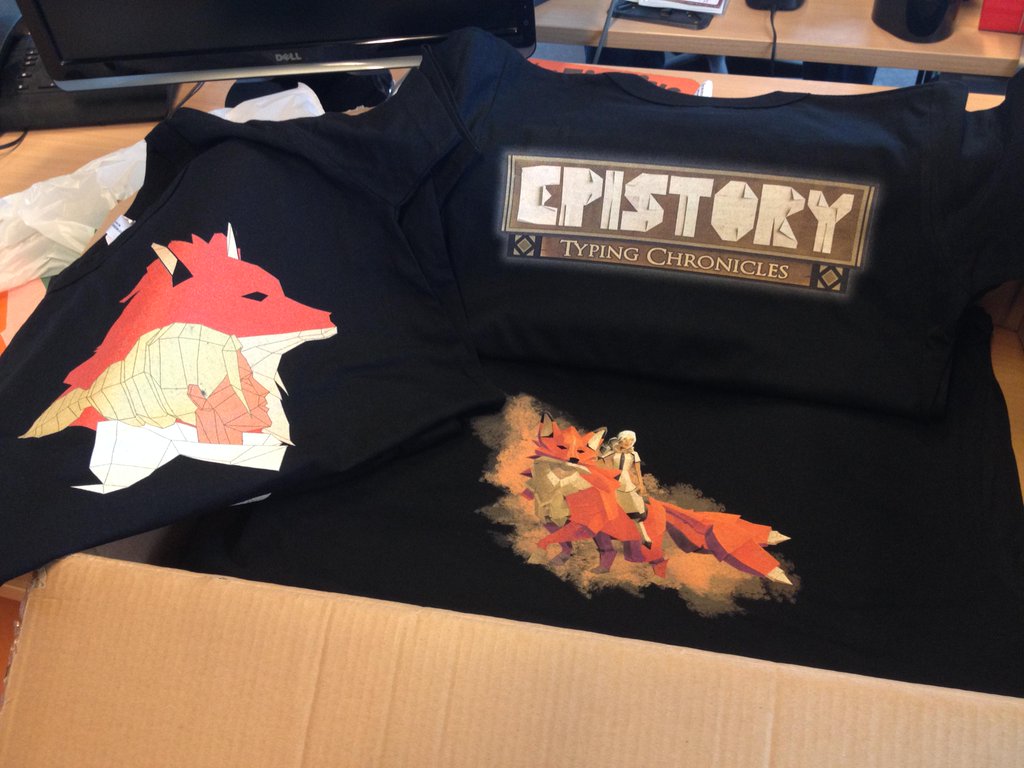 So, I guess that’s it for that first time at PAX South. Thanks for reading!

Excellent article! This should definitely prep us for Pax East. We totally agree with wearing comfortable clothes and even our own T-Shirts representing our game and brand. The booth should be spacious enough and should individualize it and have some pamphlets around for others to take. A giveaway is a nice incentive too!

Glad you liked the article.