New devlog entry for Shardpunk. The second tech demo is almost there!

That's right, I am almost ready to release another tech demo. It should be available to download in about a week from now.

The idea of having these incremental updates seems to be working very well for me. It works even better when there's a strict deadline involved. In this case, it's the 15th of March, as it's the final date for submitting entries to the Digital Dragons Indie Showcase thing.

I guess the best part about releasing often is that you can receive valuable player feedback. I was able to identify a lot of both cool and annoying things present in the first tech demo thanks to all the responses from the game feedback form.

I mean this should be a no-brainer for me, as I worked more than 10 years in a scrum-based software production process. Iterating is important.

Also, I found another advantage of splitting the work into smaller chunks. You know how the majority of indie game developers suffer from the inability to finish a game due to new game ideas popping out in their heads? Well, basically I treat each iteration as a new "game" idea, that I can freely become hyped about. The next thing after the tech demo arrives will be about introducing Sanity mechanics in the game.

Anyways, time for some visuals from the game. Here's the final UI from the combat layer: 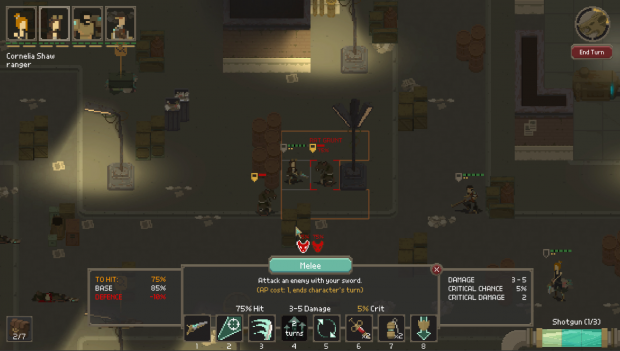 As you can see, the weapon heat meter (which is more or less an ammo indicator) has its own graphics, and it has a special animation when overheated:

What is more, when the player tries to perform a shot with an overloaded weapon, there a vignette effect and some other UI stuff telling the player about the danger of using an overloaded gun: 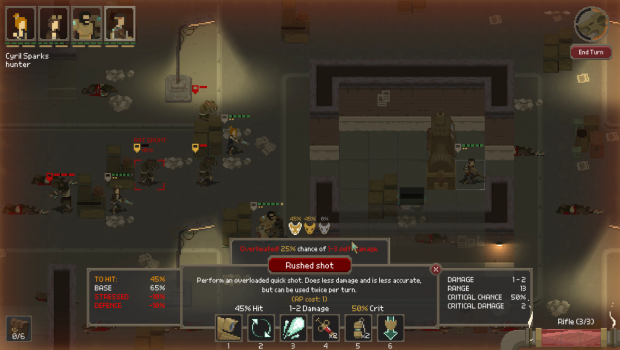 The goal of the tech demo will be about entering a bunker (which replaced the airship evac point now that air travel has been scrapped).

Also, I decided to place a very basic character details screen. It only holds the traits of the character: 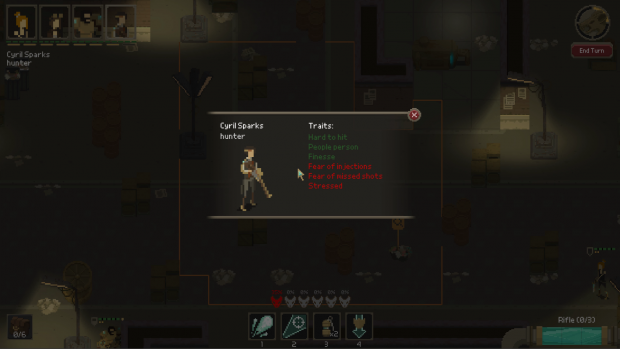 That's it for now. Expect the tech demo next week. Sign up to the newsletter to be informed when it goes live.