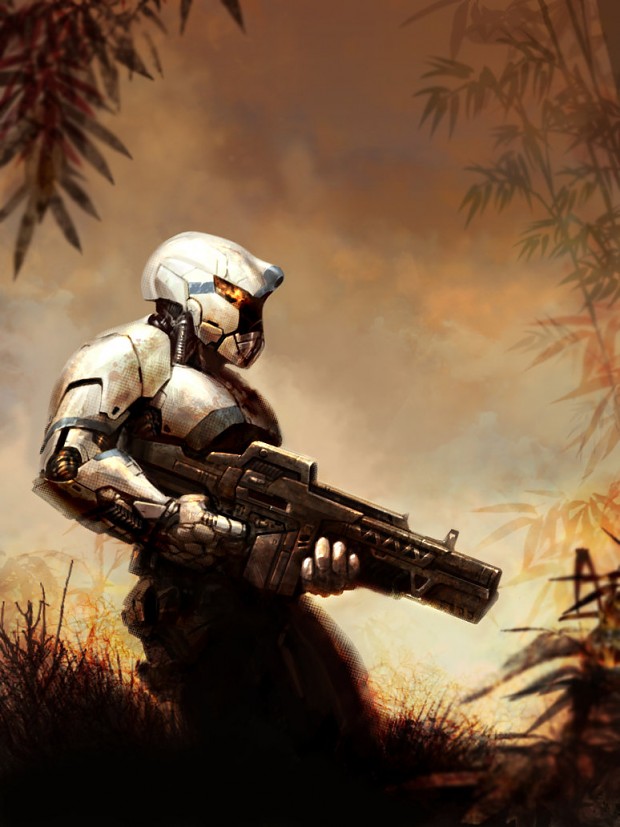 The 236th Shock Trooper Legion (Specialised in atmospheric operations and heavy ground warfare, especially ground vehicles) is the personal legion of the Supreme Commander has been around for decades even back to the days of the New Galactic Republic, but under a different name.

The Armour is highly sophisticated using dura steel to give the user high protection in battle some what also light weight at the same time, giving the user high mobility as well. The Helmet is also very protective, the HUD that is installed in the helmet is a unique design by their commander, Clutch, it features many different user controls and the interface is very easy to use as well, using a voice recognition device implemented for the benefit of the user. The interface allows the user to see the positions of troops and vehicles on the field as well as marked enemy positions, the HUD is installed with a AI which can only be commandeered by the user and can be told to do what ever the user needs done, the HUD can also bring up holograms of people and the user can tell the armour what to do. In special circumstances the 236th could be seen with jet packs.

The armour the marked with gold and aqua stripes all over signifying the importance of this legion, the helmet visor also lets off a goldish look and tint.

The 236th are led by Commander Clutch.