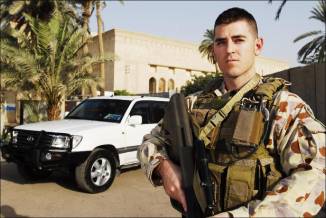 Born in 1978, Jack Wires grew up in Australia, a free country something not everyone had the pleasures of. At the age of twenty two, Wires signed up in the military to fight what he believed in. Enrolling in a leader’s course, he was the perfect recruit to lead a group of men. Proving himself worthy of having rank, he was soon promoted after holding the rank of captain for four years he was once again promoted and then again to Lieutenant Colonel. Leading over six hundred men Wires is one of the best and is on most occasions consulted by the Government to do operations the public never need to know about.