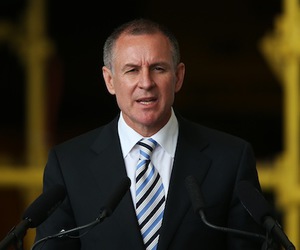 I'm guessing these are fictional characters for a game/mod, because a politician like that sounds way too good to be true. :P

Hahhaha, yeah, its for a Roleplaying group.

Born in 1963, Richard Cannes was not the typical person you would think would become so infamous in politics. At the ripe age of forty six, Cannes was elected into office as the Prime Minister Of Australia, his campaign was so strong he received over ninety percent of votes. Fighting for equality, freedom and welfare, Richard put forward plans for the re-establishment of the Australian Economy bringing the country out of dept just. Pulling Australia out of any on-going war also helped apart from the occasional help to the UN pulled Australia even further out of dept. At the age of fifty Cannes has continued to serve as Prime Minister and continues to fight for what he originally wanted to when he was elected. Cannes is apart of the Liberal Party.