Willy-Nilly Knight is an RPG game in fantasy setting, with real-time gameplay and turn-based combats. You will travel through the game locations, communicate with it's citizens, raise your team, craft items, learn new skills, crush your enemies and execute some quests. 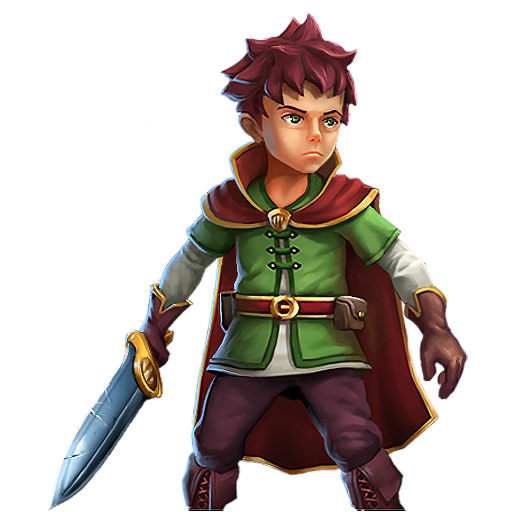 The game's plot tell us the story about an unknown knight, who tries to understand who he is, why and how he got here, and the confrontation of the gods, who try to turn him into a weapon. As the story progresses, the hero becomes deeper and deeper involved in the mysteries of unidentified strangers who are attempting to turn the world back to a time of ancient evil. With each step, the destiny of the world becomes more and more dependent on our knight.

Combats run in tactical turn-based mode. During the combat, characters take turns according to combat queue. Every action in combat, whether the use of potions, scrolls or skills requires some action points (AP). Characters begin the fight with a fixed number of the AP and get some new points every new round. 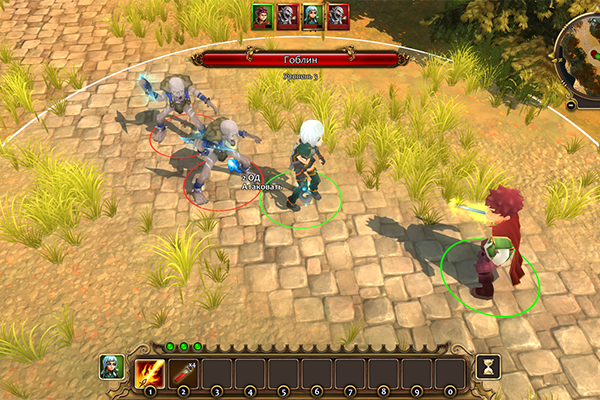 All characters have a set of basic abilities such as strength, dexterity, intelligence, vitality, initiative, etc. These characteristics affect the quality of those or other parameters of the character (protection, damage, order of the strikes, etc.). At the same time, the necessity of those or other characteristics of the character is defined by its class and role in the team. Yes, strong and stupid magician - it's very fun, but very useless... Ouch! Abilities of players can be improved with the help of equipment and learning passive skills. But the final value depends on many factors, even on the current location's environment.

Only the clever combination of skills and abilities of your team members, as well as potions and scrolls will allow you to win the battle.

There are a lot of different loot items, that could be found in the game. The game contains almost three hundreds of various items. Swords, Staffs, Potions, Armors, Boots, Helmets, Scrolls, Gloves, Bows, Crowns, Ingredients and many more... They fall out from killed enemies, lying under your feet, and can be found in the chests. 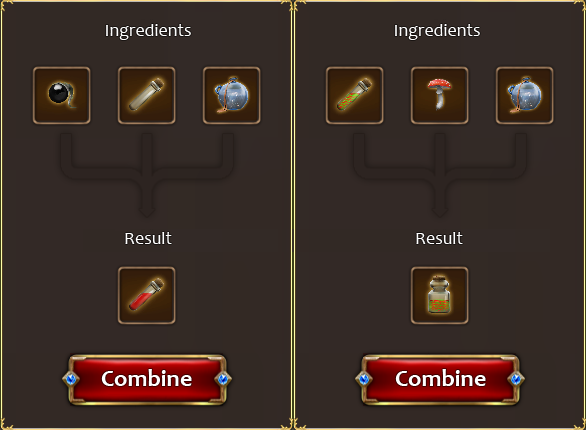 Anything, even the most useless ingredient, can become part of a valuable potions or scrolls. In addition, combining three of the cheapest ingredients you can get the expensive thing that will save you some coins.

All characters in the game can trade with you. Doesn't matter if it is a trader or a regular citizen, all of them have something, that you can exchange or buy. 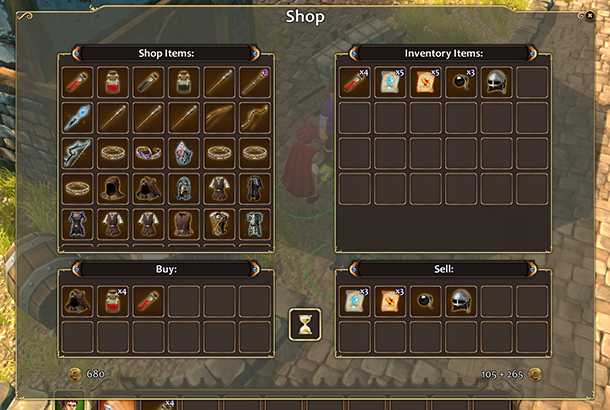 If you haven't enough money and have nothing to exchange, but need something that another character has, you can try to steal it. Maybe they will catch you and you will lose your hand, but who cares!?

The world of the game includes several locations, different from each other visually and in meaning. In addition, some locations may give bonuses or penalties to the team members' abilities. Mountains - sweet home for the mountain dwarves, while magic forest - a source of eternal power for any magician. 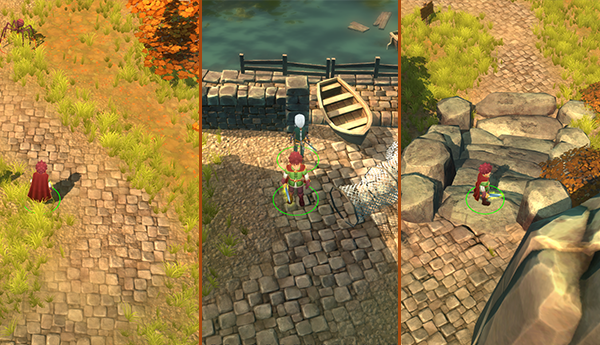 At any time you can move through the game world using the global map. And it's not just a piece of paper, but the opportunity to look at the live continent from a bird's flight. View on the course of its rivers, flight of its birds, the sparkles in the waterfalls, forests and wild animals. 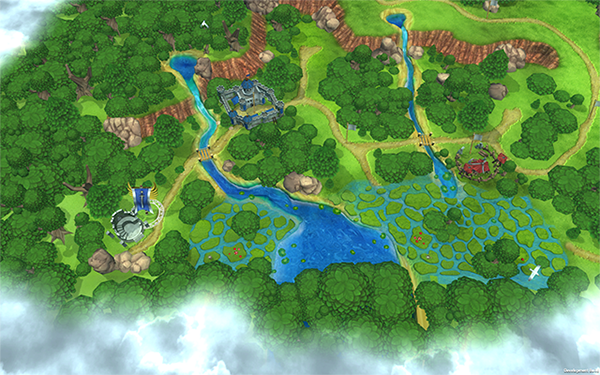 The biggest part of game mechanics is ready, bugs are fixed, contents are integrated. Right now we are on the final development stage and planning to release the game in Early Access on Steam at Q1 2017. Till that date we will finish current tasks, localize, test, fix the game and make some work, trying to do our best to improve the game's impression.

Thank you all, Guys (and Ladies of course)! Your encouragement give us the great power to make our game!

A huge 72% - $4.2 USD deal during the Steam Winter Sale! We've also released a new Skirmish Arena to play against AI opponent!
Get game during sale and recieve update with new game mode. Gather your team and play on Arena against AI controlled party.
Note: If you purchased Willy Nilly Knight game before, you will get a new update as well. 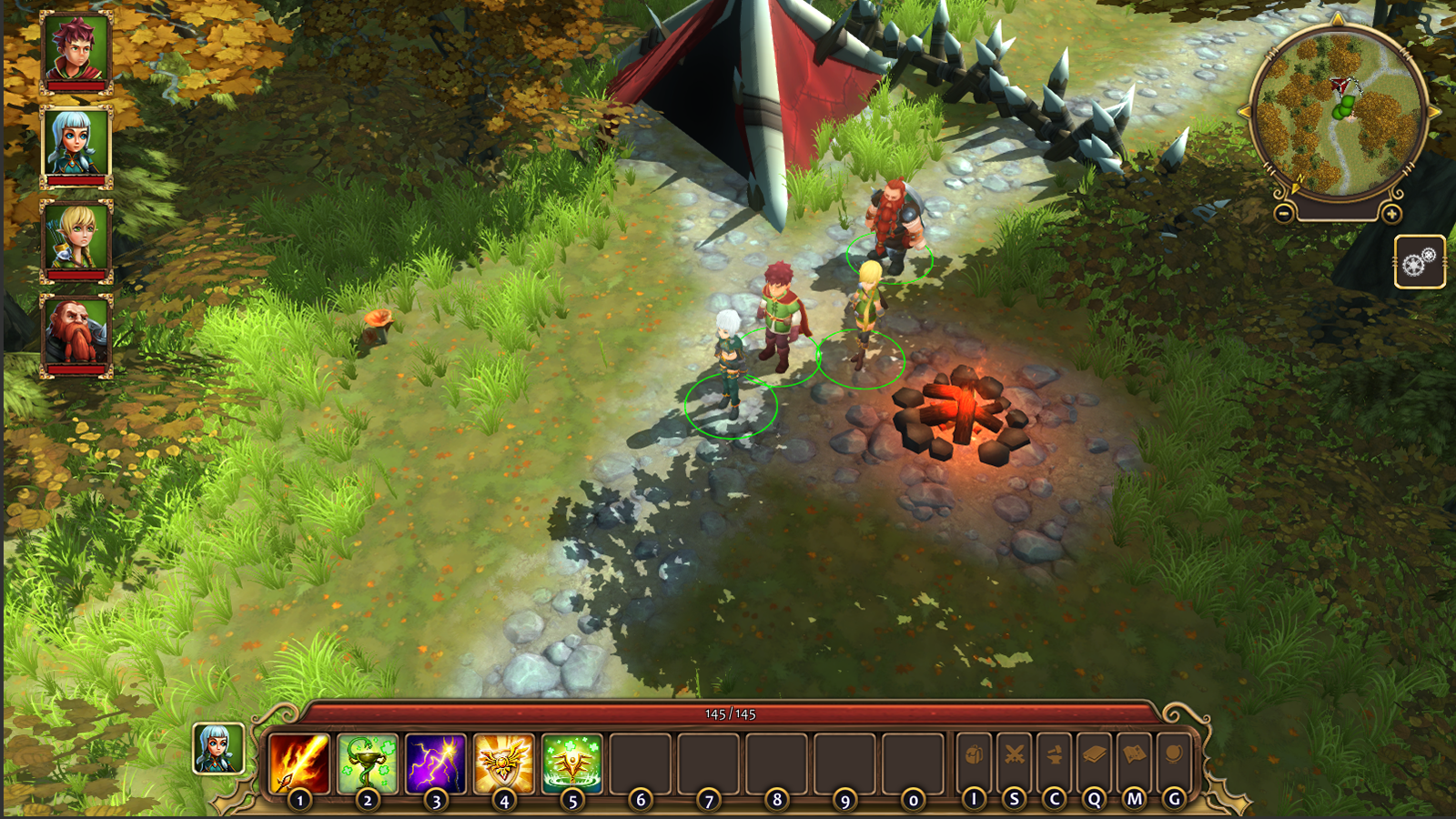 Double Dice Games studio is thrilled to announce that the classic RPG Willy Nilly Knight was released today, on November 10!

Hooray, release! Willy-Nilly Knight is now available in Early Access on Steam. We’ve been working on the game for a year and now we need all of your...