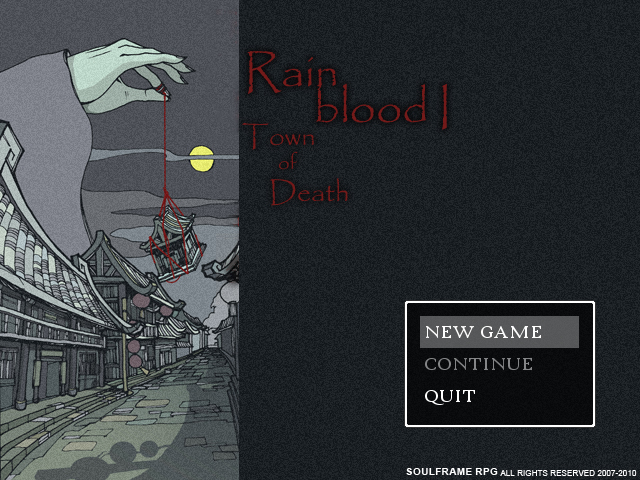 STORY/BACKGROUND-------------
Pang, a small but once-popular town just within the borders of Central Land was seized by plague by the time a mysterious black-dressed man arrived.
As soon as he had come, he could feel the incessant footsteps of his enemies-those sent by the very man he wished to see, but dared not. Twisted murderers appeared in Pang, and old friends now sent as his assassins. Then came the little girl whose violent death took place before his eyes, and whose laughter haunts him still...
He has no choice but fight back. Even so, it seems that another clue remains hidden beneath these strange proceedings; what awaits him is a plot even more complex than he could have imagined. 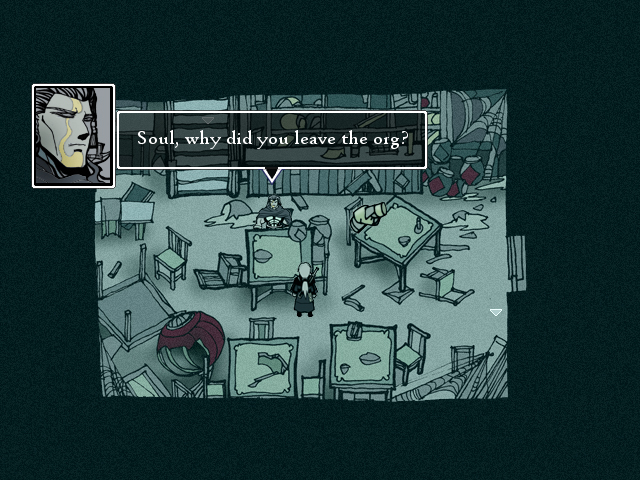 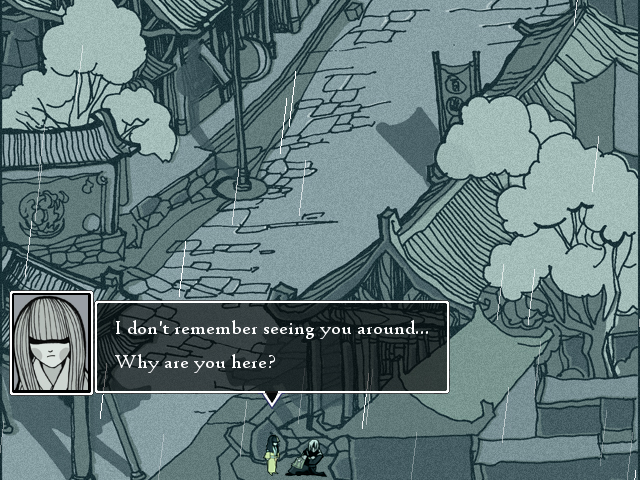 May be too "story-telling" for an RPG, the game tells a short but complex plot and a dramatic love story with darkness, in a background of traditional Chinese Martial world but with many weird stuff such as a strange samurai without head and machine-like killers. The total time in story is just one day and space is in a deserted town, but with montages and disordered story lines, it wants to be nearer to an art piece.
The game has been a great challenge to a non-native English speaker in translation, thank to my three native English speaking friends, Satus, WolfCrimson and Farfus, who have helped to modified about 75% of the dialogues, in order to keep as much as possible literature quality. 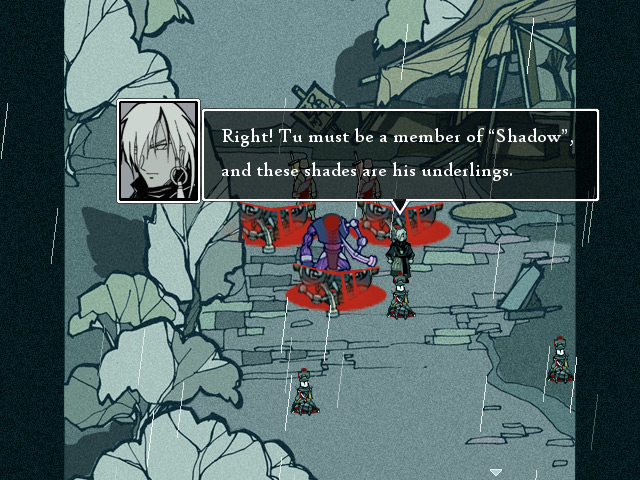 Background knowledge:
Central Land is where the game takes place. It is a fantasy world in ancient China style. Actually, "Central Land" is from "Central Empire", which stands for China in the past. The Chinese for China is "中国", if you translate it literally, it means "Empire in the center". However the "Central Land" in the game refers to no real age or location of the history of China.
Martial World means the community of the people with martial art. It is like in Harry Potter people are divided as "Wizard" and "Muggle". There are several background setting in the traditional or modern martial novels for this "Martial World", such as "Shaolin" and "Wudang" clans, the game keeps some of these settings but the major part is something original. 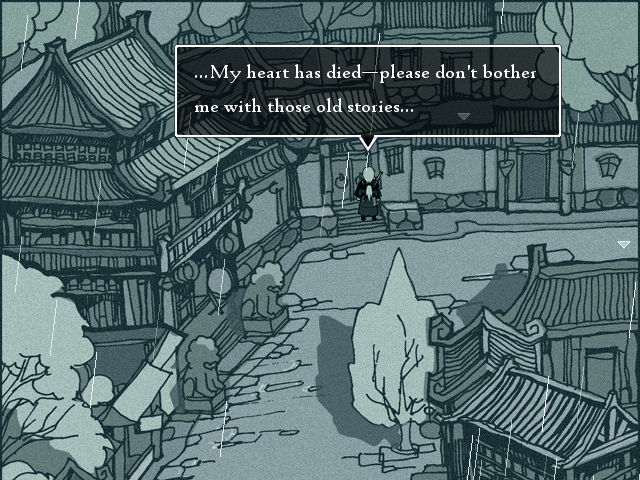 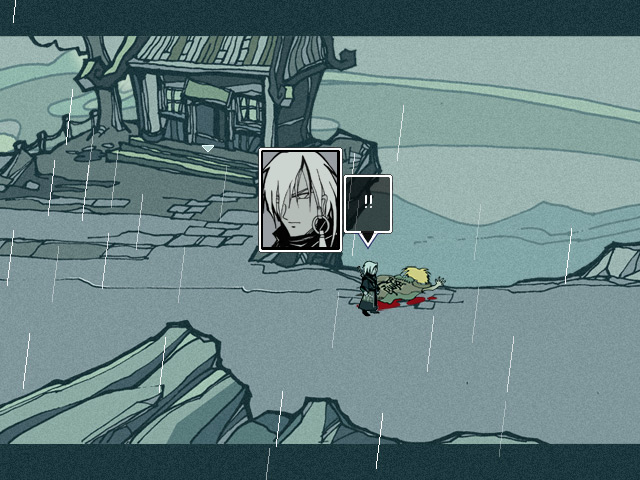 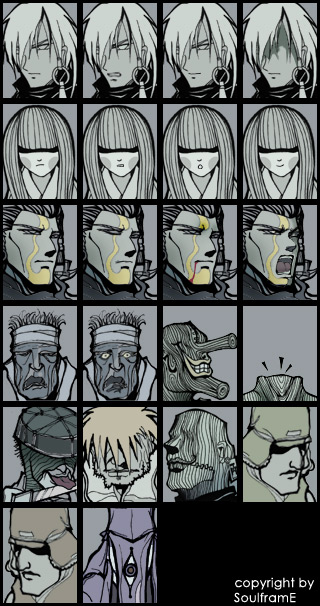 BATTLES-------------
A battle style in the influence of Gulong(one of the two most popular martial novelers in China)'s martial arts novels, which describe the core spirite of Chinese martial art - always solo, kill in one slash, and dodge rather than defence. The game also includes many other elements, such as dark gothic style, Japanese samurai, and even B-movie monsters.
Fighting is unique in this game, you can only control one character but the strategies required are even more than usual, for you have to select the right skill in right order, and sometimes have to calculate the rounds a status lasts. But anyhow the balance has been adjusted for years, now it is easy enough for main story but challanging in side quests. 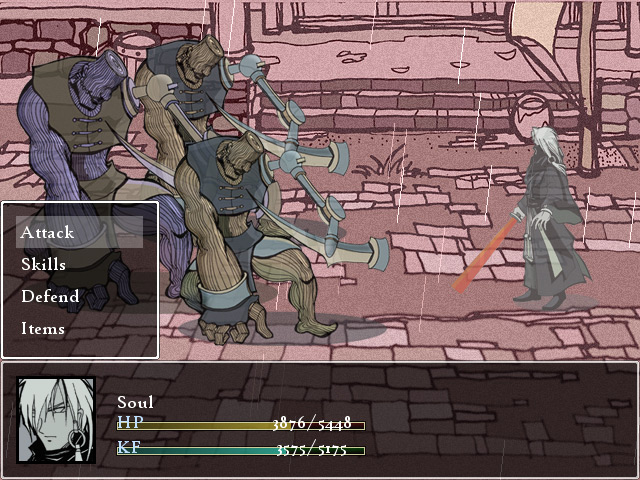 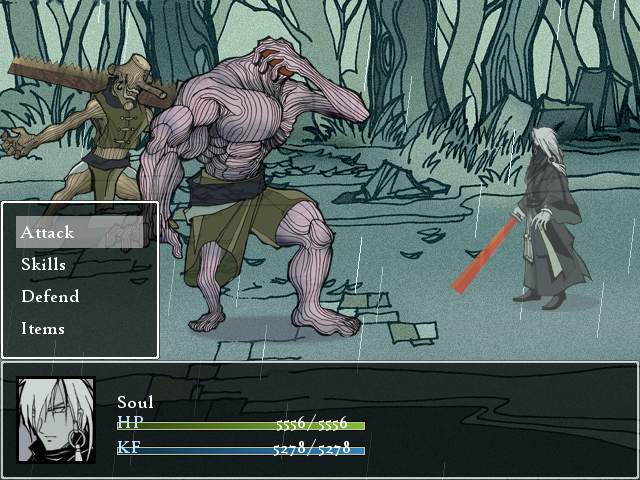 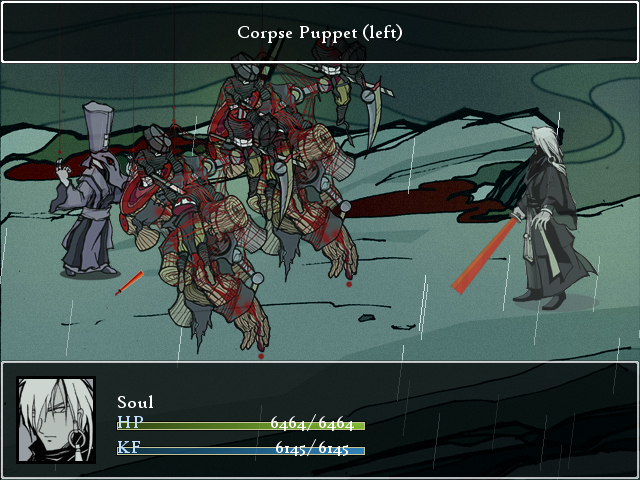 PRODUCTION-------------
Though using a 2d engine, the game made an extrem use of RPGmaker, and with a lot of original script making additional effects which help to use only paronomas as maps. 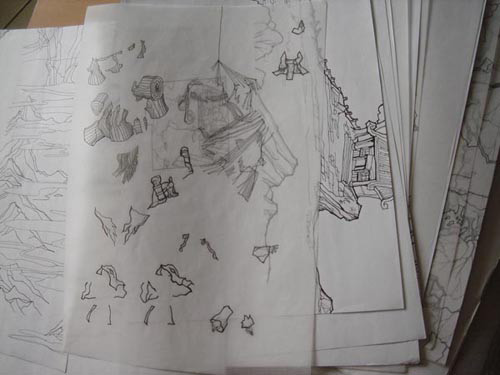 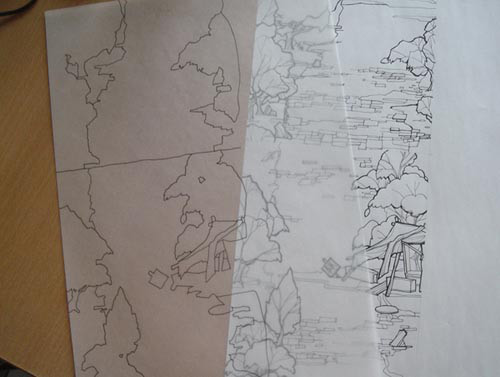 The game is made WITHOUT any of the default materials. In the game all the characters, paronomas, battlers and icons are created with HAND DRAWING, to control the style to what it should be, the expression is a cold, dark and free hand drawing style.
There were many discussions about "2D or 3D"? Normally, if a game wants to be real, it should be 3D, but if it want to be stylish, 2D with offer a more flexible expression. A simple engine such as RPGmaker is not weaker, but somehow offers more possibilities in terms of "How can you create your game", because you don't have to be annoyed by the technical details.
What Rainblood wants to achieve is a Playstation era quality of 2d graphic, while many people will think the "default" quality of Rpgmaker is merely SFC, and we'll only expect a stereotyped style from it - that's NOT TRUE. 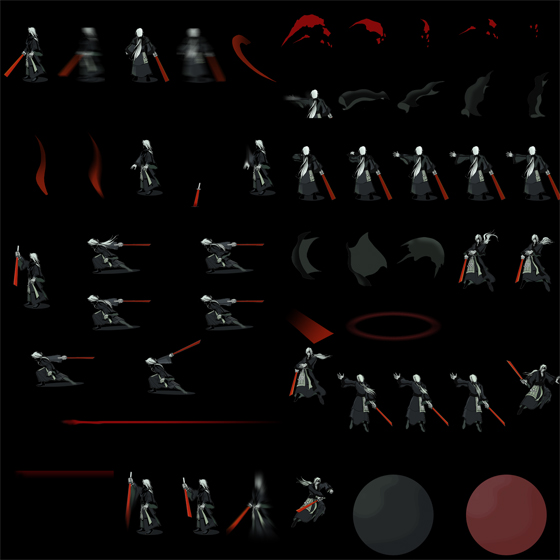 SEQUEL-------------
The sequel of Rainblood-Town of Death is Rainblood2-City of Flame, where the protagonist will continue his adventure. The game is underproduction and with more effects to make it an RPG with really amazing effect. The story is right after Town of Death, leading to a real truth of all the plots and tricks.
See more about the sequel here:
Soulframe-rpg.com
You can download the high-res trailer of Rainblood2-City of Flame here:
Rain-blood.com
Or view it online here:
Soulframe-rpg.com

For the English version I shall thank the following people for your ideas/suggestions/helps:
Mike Rose from Indiegames.com
Amanda Fitch from Amaranthia Games
Michael Johnston from grayboxgames
Moumita from Overcloud9
Rose from Loveless Games
AND YOU!!

Rainblood:Town of Death 1.15 The latest version with better language expression

Since released in English, Rainblood: Town of Death has received many great feedbacks and praise from western players. In general, the graphic and story received almost no negative comments, like what has already happened in China. However, the language, the Chinese version of which was also loved by most of the Chinese players for its Gulong (a famous Chinese martial art novel writer) style expression, was not going very well in the English version.

The game is a highly story-telling one, with complex plots and subtle expression of love and friendship; it would have been a pity if the language creates troubles for English speaking players – in this way, the game has only 60% left.

Fortunately, at the moment the game’s language needed to be improved, I got strong support from Steve Gibbon, or Drunken Paladin, a freelance copy editor, author, and also a Rpgmaker developer, who is a very ideal person to edit the game’s texts.

After one week’s work, Steve has modified about 80% of the overall languages, including dialogue, item introductions, skill introductions and manuals; the editions are from changing a comma to a semicolon to rewrite the whole dialogue with a totally different expression. Thank to his professionalism, the game has regain most of its literature quality.

“It’s a great game, and it deserves to have a wider audience. I only hope that my work with the manuscript does the original version justice. I’d love to work with Soulframe more in the future.”Says Steve after he finished the revision of the game.

The new version(since1.15), with the new texts and some other minor problems resolved, will be the only official release of the Game. You can download it HERE.

The game has been further developed to meet some tough publisher's requirements, some minor issues such as backup fonts, F1, pause have been developed.

Since released in English, Rainblood: Town of Death has received many great feedbacks and praise from western players. In general, the graphic and story...

Holy moley, when I first read about this I thought I was dreaming... its so surreal and yet very interesting... I can't believe its out I really didn't know till I was randomly going through my watch list.

Wow, just wow, I MUST play this, the scenery is beautifully drawn, and the art design in general looks incredible.

Let's see if the actual game experience lives to the high expectations it's screenshots raise!

I don't know much of this game, but when I'm playing this it feels like I'm playing something... epic, this game is very good!
And now, I understand the dialogues too, so every RPG fan should try and think about buying the game.

this is cool man i wish i found this way back

How did you make the pictures into maps?

Man. The art is absolutely gorgeous in this game.

Wait I'm confused, is 1.15 the final english release or will there be one more?