Vesuvius is a 2.5D top down shooter that Doing Time Studio is making for our EECS 494 final project. Your mission is to travel to nearby hostile space stations to retrieve parts to repair your spaceship. It features procedural level generation for each level to increase replayability. There are lots of different enemy types and weapons to choose from

Our shop contains many weapons and items: 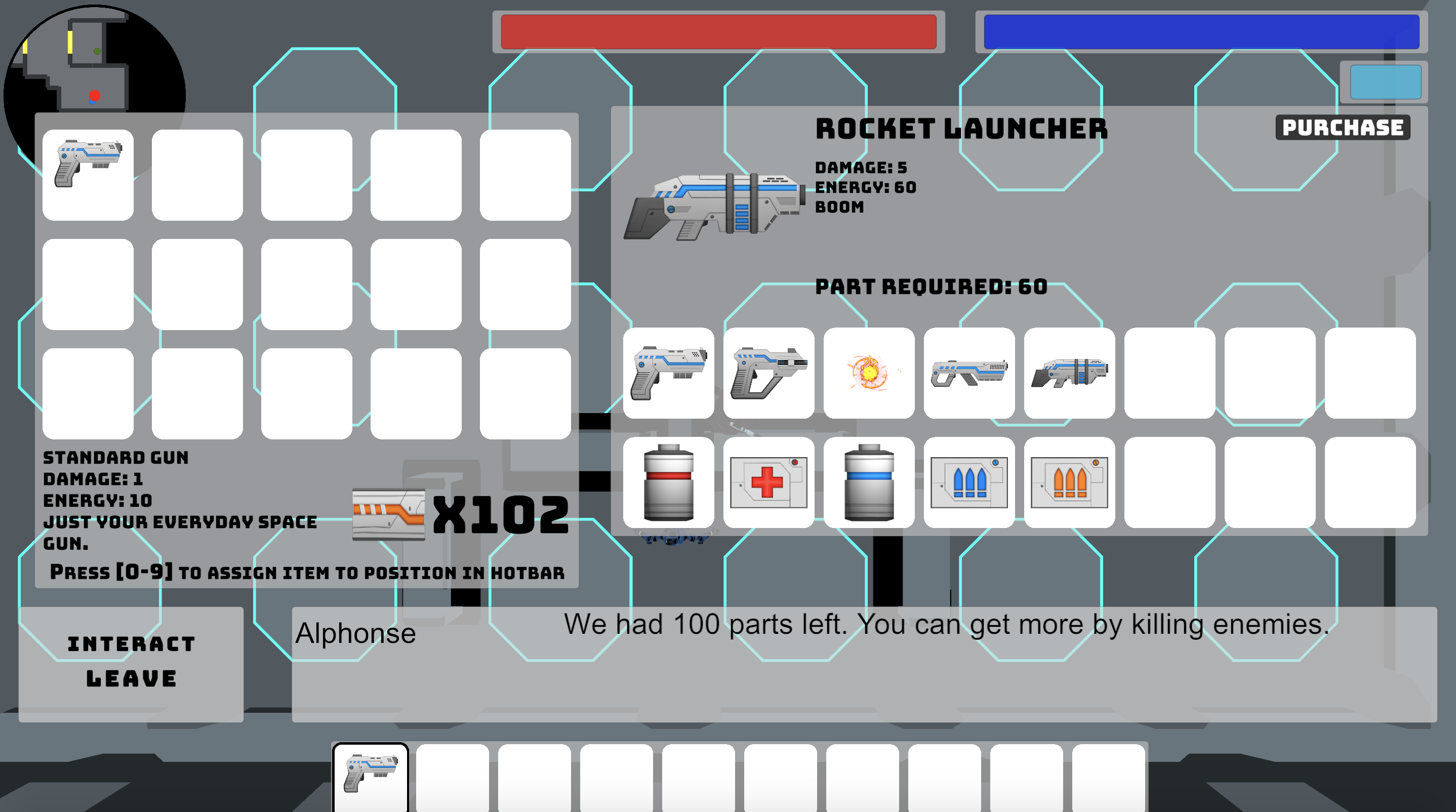 The interactive minimal helps players find their way to the boss: 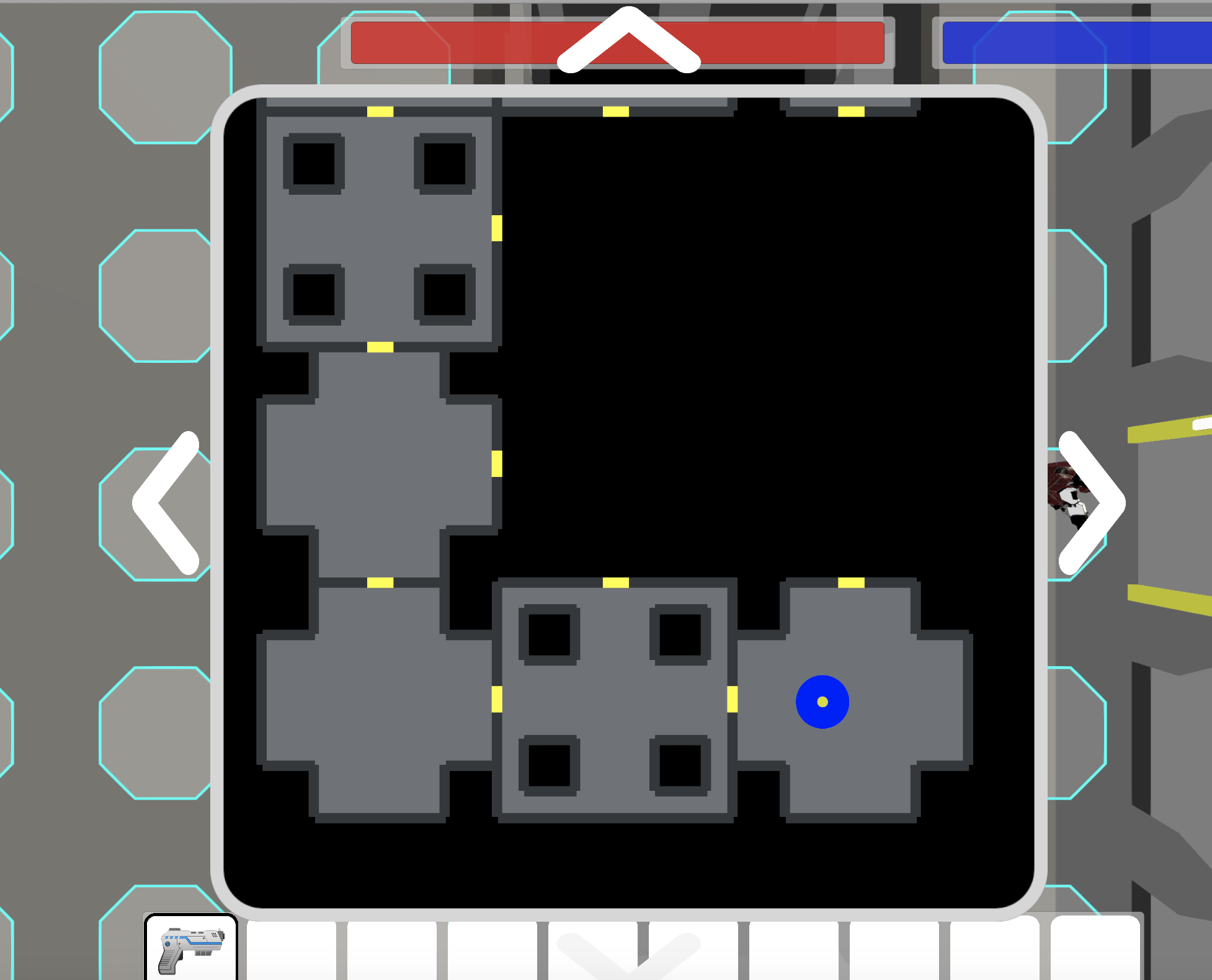 Players have the ability to teleport back to a dropped item to avoid swarms of enemies:

Thanks for voting and helping Vesuvius on it's quest to become the 2020 Indie of the Year. You are now in with a chance to score some free games. Help this game secure more votes by embedding the widget (or link) we have included below on your favorite sites.

This week after reviewing gameplay footage, we decided to make major changes to game and level progression. We wanted to provide players a more engaging storyline which involved extending the opening scene, creating an ending scene, and improving the way the player fixes the ship. We also removed weapons from the shop and arranged them throughout the levels to give the player a chance to gradually improve their gear as they make their way through the game. In an attempt to improve level progression, we changed our individual game levels from a large grid of rooms where the player needs to search for the boss to a more directed winding path through the level. Other smaller changes involve boosting the power of the teleporter to briefly distract enemies, giving the player a limited number of lives, and creating a weaker attack for when the player is out of energy.

Link to our itch.io page: here

First draft of our trailer:

Vesuvius is a 2.5D top down shooter that Doing Time Studio is making for our EECS 494 final project. Your mission is to travel to nearby hostile space...