I have created an effect that stretches the stars to give a sense of jumping a large distance in space. I've also added asteroids to avoid, and a slow motion gameplay ability.

The Space Jump effect is pretty simple when looking at its individual components.

Previously I created a 3D star field for the environmental rendering.
I use the 3D locations of these stars in the effect.
When the effect starts, I start cranking up the light emitted for each star.
This is done by just multiplying their light color by a larger value, which is captured in the HDR frame buffer.
Next I stretch out the stars. 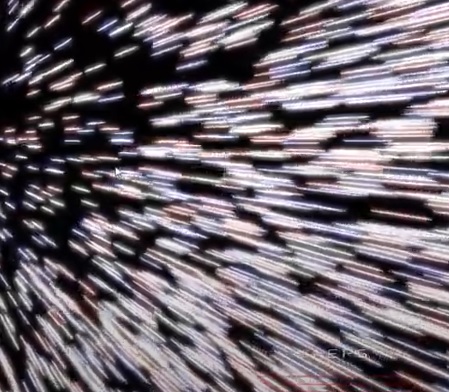 This is done by creating a scale matrix that is applied before the stars have been rotated and positioned.
The effect wouldn't be complete without audio.
While I'm no audio engineer, and the sounds could be better, I'm happy with where I landed on them.

I was using time dilation to test things, and I realized that it would actually be a pretty cool game mechanic.
So I made it a first class ability.
For every three enemy fighter ships you destroy, you are given a single slow motion ability.
This ability can be saved for pressing times, such as when you are destroying objectives and have the more difficult hunter ships on your tail.

I felt the environment was a bit lacking, so I added asteroids. 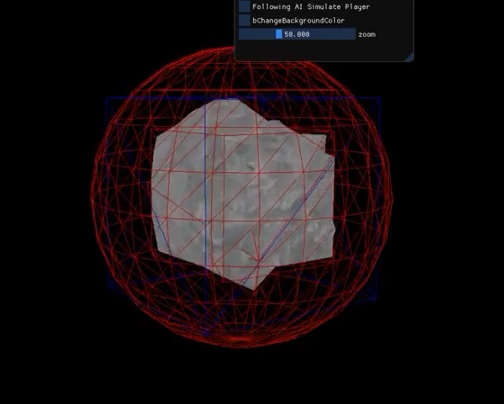 The AI needs to avoid them, so it wasn't as simple as throwing a static mesh into the world and calling it done.
So, I made a system called avoidance meshes.
These meshes have "avoidance spheres" that use the system I made so that the AI would not fly into the large carrier ships.
You can go to the mod menu and create these for your own mods.
You can specify the mesh to use and hand tweak where the avoidance spheres are placed.
I've tried very hard to make the entire game, at least in terms of content, built through the mod tools.

And that wraps it up for this update!