We tried to design Shift Quantum's puzzles thinking about how players would approach them. For that, we identified atomic blocks of puzzle resolution I call "solving patterns".

As level designers on Shift Quantum, when experimenting with newly designed blocks (even before they were implemented) we identified and listed the different micro problems they could generate. Complex puzzles are built later by combining them. Each micro problem has a micro resolution pattern that the player has to figure out and learn. I call those atomic blocks of puzzle resolution "solving patterns".

The puzzles are designed to increase in difficulty while the players develop their understanding of the different mechanics. A solving pattern is challenging when first encountered and then becomes an habit with practice. Identifying the "solving patterns" while designing each puzzle allowed us to make sure they are taught in order, and that there is only one new thing per puzzle.

In Shift Quantum, each branch focuses on a few "solving patterns" that are taught and combined in increasing difficulty. Here are a few examples with the movable block, a block that can be pushed and pulled and in which you can shift (if you are not familiar with the shifting mechanic, check the gameplay trailer). 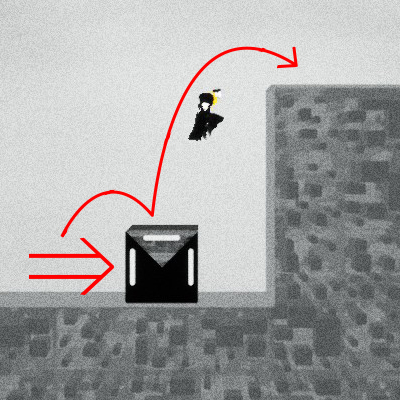 The first pattern is to push a block to jump on it and reach a higher ground. 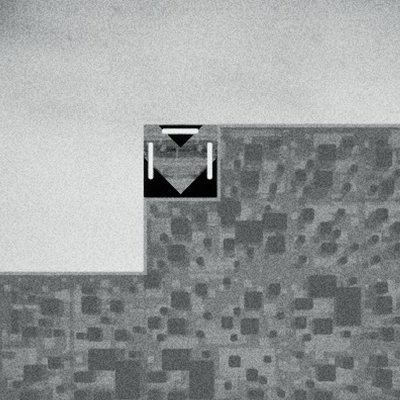 Players should also learn to identify situations where a block is stuck because there is no space from which to push it. 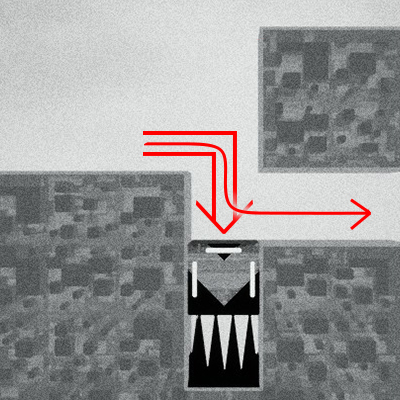 A block can also be put on spikes to create a safe ground on which to land. 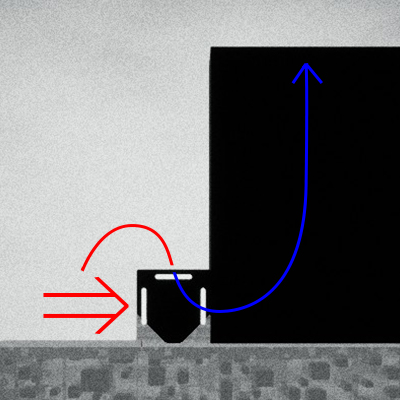 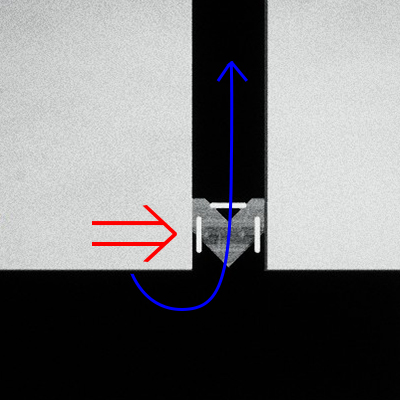 This pattern is different than the previous one because you do not shift directly on the block. Players have to think about how the block opens a path once the level is shifted. 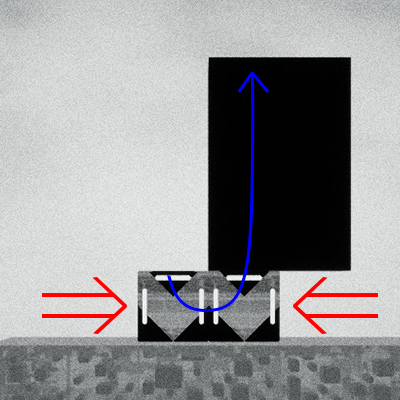 A combination of the previous patterns requires players to build their own path to shift into.

The tutorial level features only the new solving pattern and let players figure it out by themselves. Harder levels combine the previously learnt patterns with a macro layer of resolution. Now, the puzzle is the macro problem: determining in which order each part needs to be done and how they interact with each other. 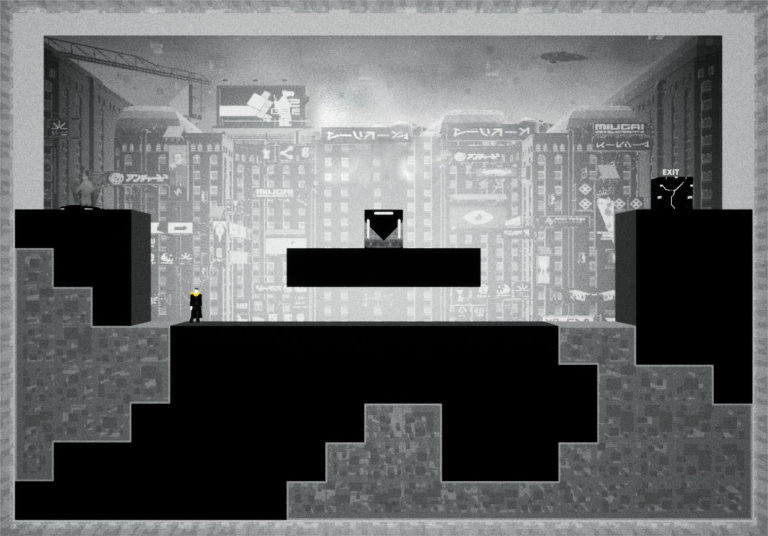 The third branch introduces the movable block. The only solving pattern required here is the first one shown above: pushing the block then jumping on it. The movable block is also placed on an elevated platform to show players how the block falls. 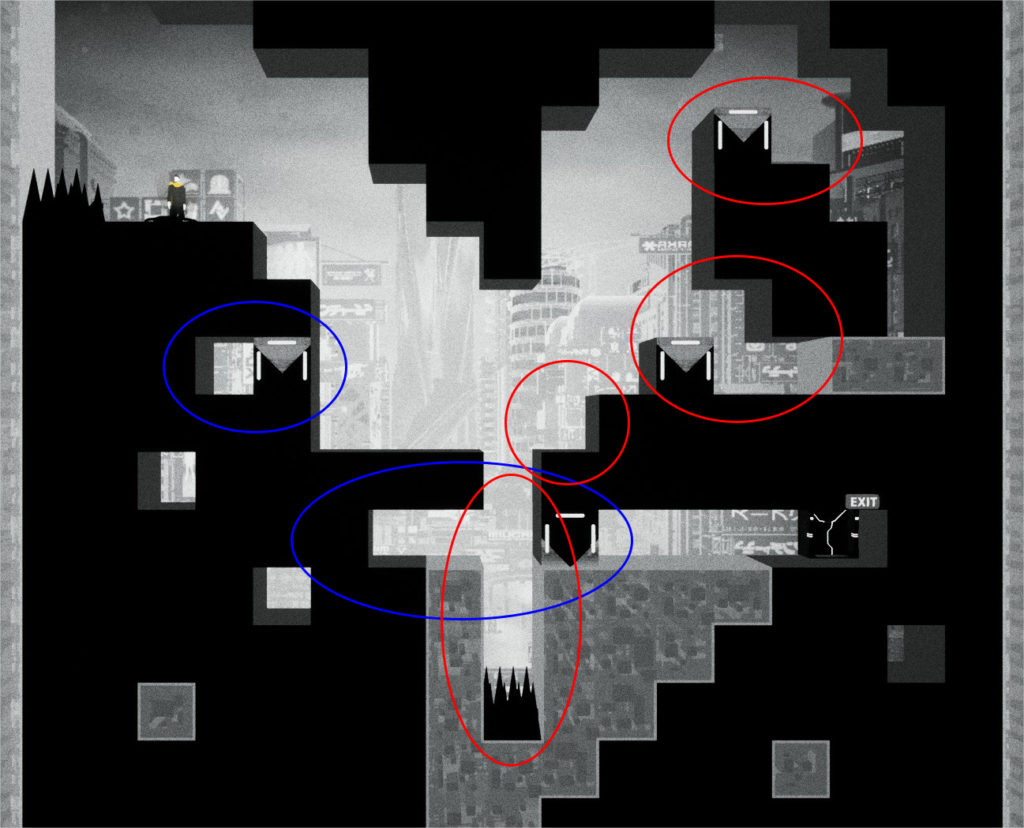 The last puzzle of that branch combines all the patterns seen during the branch (the red circles), plus common navigation patterns with the shift mechanic (in blue). Each movable block is used for several solving patterns. Players will get stuck if push them without thinking of the macro problem.

You can also see that the tutorial stays visually clean, while the harder puzzle has a lot of visual clutter. The solving patterns are the same but it is more challenging to find them. The presentation of the puzzle is our last way to regulate difficulty. We can put the emphasize on the solution with clear shapes, or hide it behind misleading visual patterns. 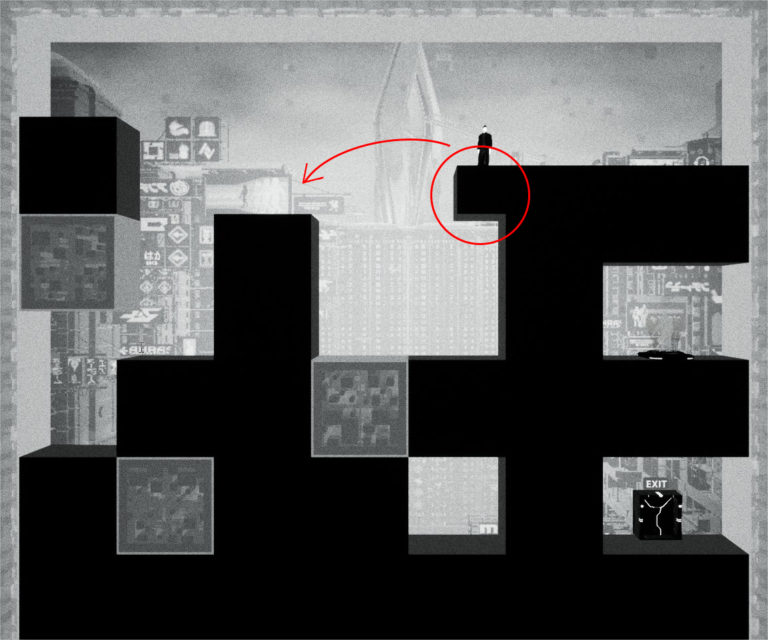 This early level has been modified after some playtests to make the long jump more visible. Jumps are very simple solving patterns, and the firsts to be taught, but the shape of that puzzle made players think the solution was elsewhere. A simple block (in the red circle) creates a springboard shape that hints at the jump.

In this article, I discussed level design focusing on the "solving patterns" because I think it is a useful concept. But it is not the only method we used and we did not actually make an exhaustive list of all Shift Quantum's patterns. It was more of a mental list we built up while designing puzzles and seeing playtests. A larger team could need a formalized list, but that did not make sense for us. Looking for "solving patterns" still gave us a more rational way of thinking our level design and helped us understand how players discover new patterns and learn to play our game.