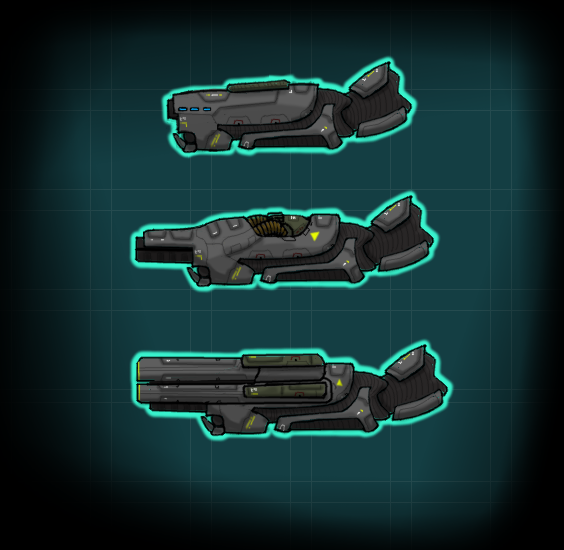 Despite last week's unfortunate interruption, work on Scaffold 22 has resumed. The Beta 0.8 release will be officially announced tomorrow, provided nothing gets in the way.

Unrelated to that, cybernetic weapons augments will be (finally!) included in the upcoming version 1.0, complete with multiple upgrade options as displayed here. As can be expected, installing these expensive weaponized augments will prevent your character from acquiring other primary weapons in the field or from shops until the enhanced limb is removed.

This is downside is made up fro with an above average critical hit chance and the ability to wield what amounts to heavy-weapons quality firepower without any penalty - beyond being a bad-ass cyborg, which some inhabitants of Scaffold 22 might not take kindly to. But whatever. The cool factor of these things alone is worth it.