What is Realms of Magic?

Realms of Magic is a classic 2D Action RPG with modern sandbox mechanics. It lets you create your own adventure in a grim fantasy world full of deadly monsters and powerful magic hidden throughout a vast realm.

Create a hero belonging to one of a number of fantasy races, then play the game however you want to.

Visit cities, complete tasks and discover lore of the Old Kingdom. The world is yours to discover, and your professions and skills will help you to survive various threats that lurk in the shadows...

One major element of the game is crafting. You can specialize and prepare for whatever awaits you in the open world, using your crafting and building skills. You build all the tools you need to defend against the threats of the Old Kingdom and live like a king, if you put in the time to build your own keep. There are 15 professions for you to discover, each bringing unique benefits for your character.

Visit the darkest dungeons to find the most unique equipment. There are hundreds of creatures in this vast world, and every single one of them is constantly looking for a way to hack your body apart. Arm yourself, use powerful spells and lure opponents into deadly traps. Do not let them take you alive!

The Old Kingdom is looking for brave souls with the courage and strength to defend it. Protect its people from hungry beasts, bloodthirsty bandits and terrifying monsters. The greatest threat, however, is just approaching the Realm gates...

Discover communities living throughout the world, and be amazed by their diversity! The world is inhabited by many humanoid races, whose long history is written down in many old books. Not everyone you meet will be friendly, but you will meet some that will aid you greatly in your journey.

Your life is your story. You are free to discover the opportunities waiting for you in this vast world and live as you choose. This world is waiting for you to shape its future and carve your place in it - whatever that place may be. Fulfill your dreams and have a great time!

What Realms of Magic is offering in a nutshell:

Our Realms are for you if:

Realms of Magic is taking us deep underground with big update!

Every sandbox location now generates random caves for you to explore. Inside you will find new dangerous enemies and sweet loot guarded by them.

Currently random caves consist of three tiers, the deeper you go, the more powerful monsters you will encounter and the more valuable treasures you will find. To make caves prettier and easier to navigate we've added glowing crystals and mushrooms that light up surroundings.

To make getting out of caves easier we've made a big change - now you can travel from anywhere, you no longer need to reach edge of location or find a signpost to do so. We have also improved Mining profession, previously it only increased damage you do to blocks but now it will also increase the mining speed.

Please bear in mind that caves won't generate in locations you've visited before this update.

In caves you will encounter two new creatures: Cave Kobolds and Mole Rats.

Cave Kobolds are stronger and nastier cousins of usual Kobolds. Similar to their weaker counterparts they use hit-and-run tactics but with one major difference: instead of trying to hit you from up-close they are throwing their daggers from distance, which makes them much harder to defeat.

Similar to Cave Kobolds, the Mole Rats are more difficult variant of Giant Rats. Their special ability is that they will run away and regenerate when they are hurt. When you encounter one Mole Rat this ability may not appear that powerful but when need to fight several of them, then you could be easily overwhelmed.

Three new Blacksmithing materials have been added: Mithril, Cobalt and Thorium. Mithril and Cobalt ores can be found deep in caves, while Thorium is an alloy of Mithril and Cobalt, similar to how Tin and Copper together make Bronze.

With each material you will be able to craft new and more powerful tools, weapons and armors. 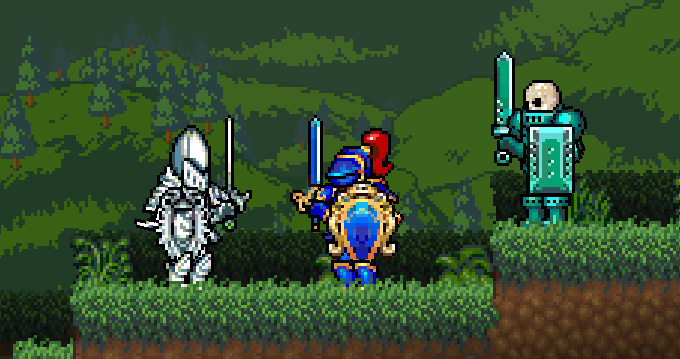 Our goal was to make sure that each character created when you hit Randomize button will look good, which wasn't usually the case before. This overhaul will not only make creating new characters easier and more fun but will also make NPCs you encounter in your adventures look better, as majority of them have randomly generated appearance.

This feature will most likely make your character look slightly different, if you are not happy with new colors then please remember than you can visit the Witch in the top-right corner of the map to change your appearance.

Very simple, yet extremely useful minor feature. Now when you look at piece of equipment, right next to it you will see item you have currently equipped in the same slot, which makes deciding if new item is an upgrade much easier. 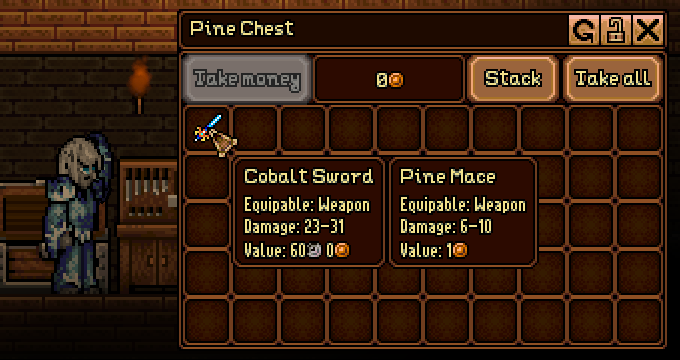 We think that Radikal Studio made an amazing job creating it, what do you think?

This update is a big milestone for us as it will be the last one in Early Access. With the next update, the glorious 1.0, we will be releasing Realms of Magic as a complete game in Spring 2020. More information on update 1.0 is coming soon, all I can say for now is that 1.0 will be much, much bigger than we initially announced. Stay tuned!

Playable races in Realms of Magic

We talk about playable races in our game. We also showcase all of them.

Will this game have multiplayer capabilities soon?

Continuing to look forward to the game :P

I want this game and hope it gets funded even if theres the chance i could never afford it, though i'd love to see it get made at most cause this is awesome.

Wow,this looks promising.Thanks for single player.
And good luck with the kickstater.Also,tracking^^

this game is great, please make this multiplayer

It's both multi and singleplayer.

Twitter
Tags
Embed Buttons
Link to Realms of Magic by selecting a button and using the embed code provided more...