A space-based multiplayer "derp-em-up" game for 2-4 players, set in a miniature solar system with microplanets, orbiting a small Dyson Sphere. Race your buddies to see how fast you can repair your ship, and escape, or just try to use expertly built traps to squash your competition.

The game takes place on "microplanets" (small planets of no more than 1000 meters in diameter), usually in a solar-system around a small sun, inside a Dyson Sphere. These planets contain resources you need to repair your ship, in order to warp out of the system. The obvious thing to do is race your fellow survivors to see who gets out quickest. You cannot see other players, nor can they see you, not directly. But you can see what they do to the world, and the world can do things to them. You can manipulate that world by doing things like building traps, lighting fires, etc. Every player can make a mark, for better or worse.

This is a game for playing with your mates and generally faffing about, rather than for getting into big competitions. I won't win a fight against cheaters. I won't be able to make a perfect bug-free game. But I can make something that's worth spending a few bucks on to grab copies for you and your mates, something that you might even get a good few hours of spacey fun out of.

Currently in closed alpha, only accessible to those with game keys. The Itch page WILL NOT WORK if you don't have a game key at the moment. This may change depending on how complete people think it is after the giveaway, so you should keep tabs on the Itch page to see if it goes public.

If you won a game key, but have no friends with keys, please PM CliffracerX with proof of ownership (screenshots, actual key link, etc), and he will probably give you a key or two for giving to friends.

​​GAME IS CURRENTLY ON HIATUS: I have WAY too much to do right now, and Sonnensystem has reached the point where I need to sit down and have a good long think about where the game needs to go next. I'm not outright abandoning the project, but updates are going to be sparse for a while, and I'll probably be putting more effort into my other projects (E.G, The Fallen) while I try to figure out where Sonnensystem goes.

I'm not dead. Just stuck in a hole of endless procrastination and struggles. I'm not sure where to take Project Sonnensystem next, in part because I haven't gotten quite enough feedback on the game. The seeming failure of the giveaway sucked the energy out of me.

So, here's the info I was able to salvage from that experience.

First? I need to pace myself; the giveaway was supposed to be a big update and I sprinted to finish it all over the course of a week, and burned myself out so the final product that shipped out to the 100 winners was a lot crappier then it should've been. Small, incremental updates, made over the course of a week? Might be more doable. I need to avoid burnout above all else, because once it starts, it's really hard to pull out of.

Secondly? Just running public giveaways isn't the right way to get feedback; if I want to get really good, reliable info, I should probably keep my beta-testing group to folks I know and trust to give good feedback in a timely fashion; I STILL only got a single piece of feedback from the giveaway group, while talking to other fellow developers has yielded so much more good info.

Thirdly? I need to polish a lot more. I went full feature-crunch mode with the giveaway, but I didn't spend enough time polishing those features. My best Ludum Dare entries have only taken 5-15 minutes to beat, with minimal mechanics, but everything's polished enough to feel really good when playing. It's not just the mechanics that need work in Sonnensystem, but also the world itself; better planets, with more variety and decorum, resources that aren't all just crystals, that sort of thing. I could diversify so much, and make the game feel so much less like a No Man's Sky ripoff. I need to work on that.

Finally? I need to do something just to keep myself going, like set a daily development time goal of, say, 30 minutes to an hour. Integrating coding into my daily routine, working on Sonnensystem, and staying focused should help keep me from slipping back into the lazy state I've been in.

I've been procrastinating in all sorts of ways; lounging around in MMOs like Star Trek Online or EVE, obsessively exploring the universe in Space Engine, or even working on pushing Unity to it's limits in making all sorts of almost-to-scale space stuff, like a 50km-wide Dwarf Planet, or even making a (albiet much smaller than in reality) fairly good looking Brown Dwarf star. Some of that work can be re-used in Sonnensystem, like how to design more realistic planets, or certainly replacing the Dyson Sphere with a small Dwarf star. 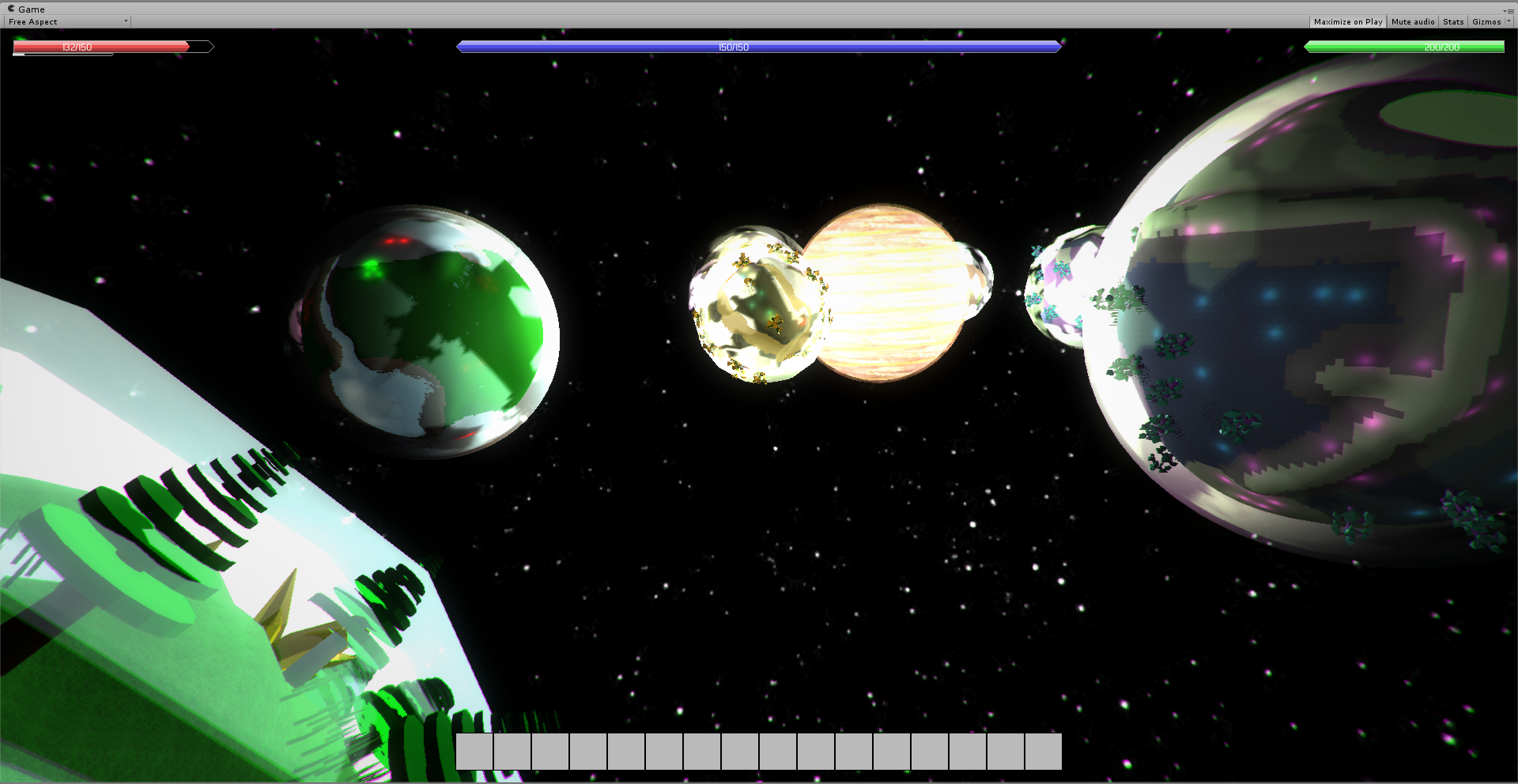 I'm hoping to get back into the swing of things by, at the very least, making a small game update with some polish improvements and more usable menus, but I plan on going as far as releasing a playable demo/tutorial here on IndieDB so everyone can get a taste of what Sonnensystem will really be like in a way videos can't convey. I'm still debating how to MAKE that tutorial, so some feedback would be appreciated.

Finally, if I continue struggling with Sonnensystem, I might step back for a little while and let my brain reboot, while still being useful, by working on some smaller side project, like updating one of my past LD entries, or making some other little mini-game. Preferably, said mini-game should have at least SOME stuff in common with Sonnensystem, like the microplanets; I might get some brilliant piece of inspiration on how to make Sonnensystem's planets better, or some idea on how to solve an on-going gameplay problem. But I'm not sure I'd be willing to risk getting sucked into another project and leaving Sonnensystem in Development Hell. 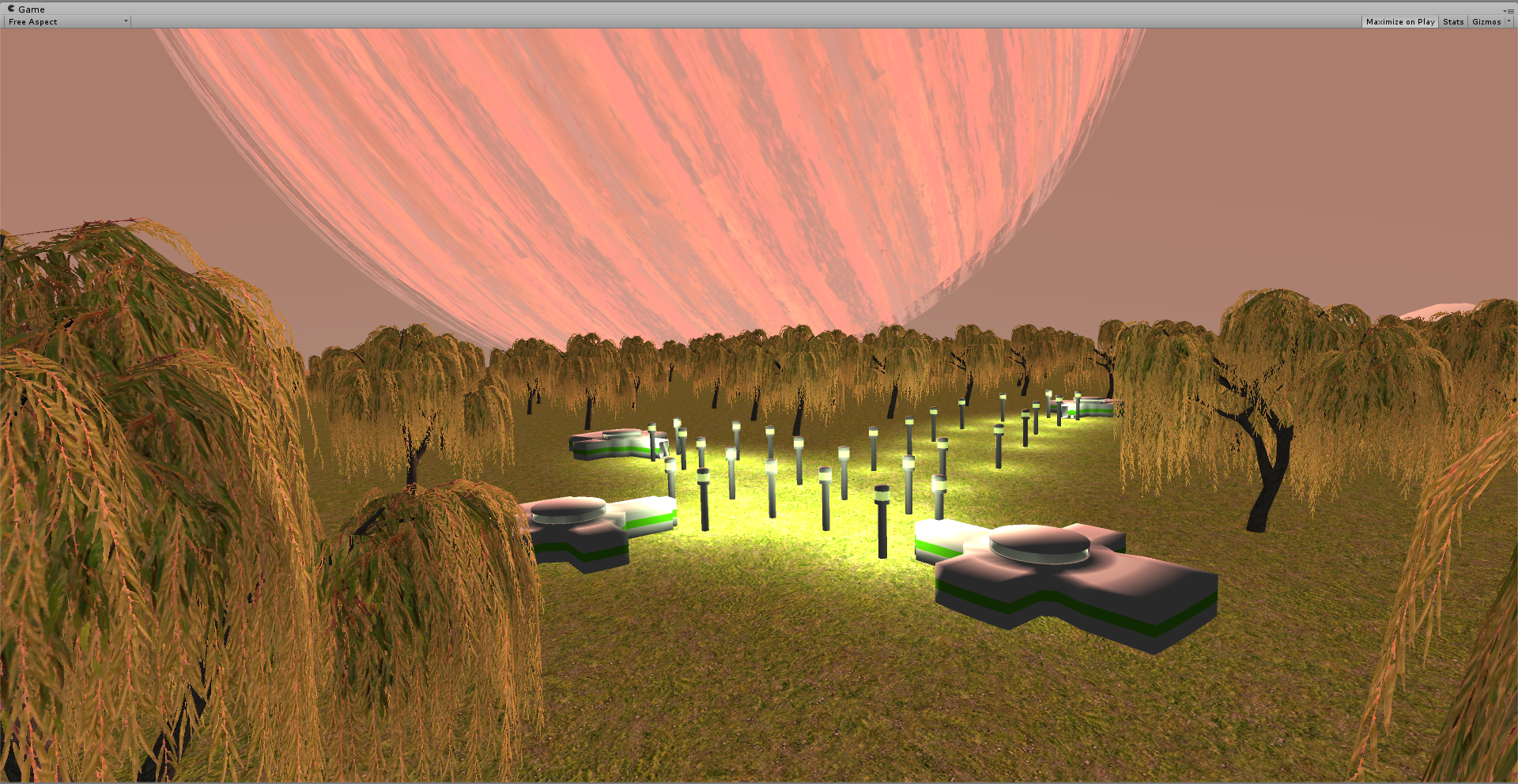 Crunch time and preparation for the IndieDB IoTY compo, and finally getting the official giveaway ready. Mark it on your calendars, people. December 5th...

TLDR: I'm making a game, and I want YOU to help me make it a reality.

Of all the things a multiplayer game should have trouble with, this really oughtn't be one of them.

A batch of pleasing CC4-BY-SA licensed wallpapers for your eyeballs to enjoy. Spruce up your desktop with a little bit of spacey goodness!

Can confirm - "A Multiplayer Derp-Em-Up" is pretty much every interaction I've ever had with this dev. Could have the potential to create, well, a derpy game.

I know that description of it was here somewhere..