Portal Remastered is a recreation of the Valve's game from 2007, made with Unreal Engine 4. 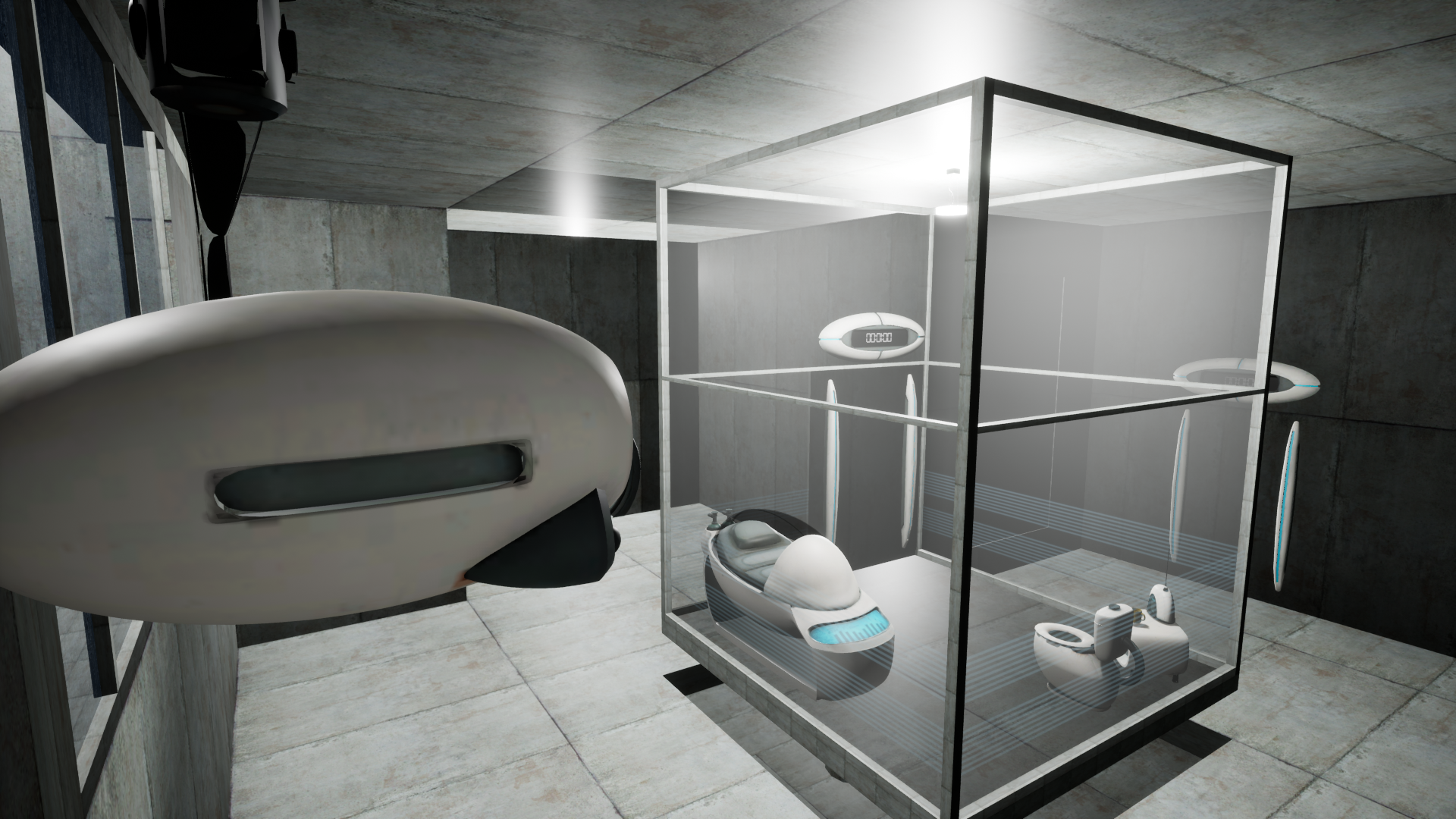 You can enjoy the same experience from Portal in a new version, more beautiful than before. Play Chell and survive to all tests from GLaDOS's, and try to escape from Aperture Science's complex !

Nine months passed from the last article. School takes me many time, but I can work on the game sometimes. Today, I come here to tell you all the changes brought on the game.

Changes on the game

In the comments of my last article, many people have made me notice that some 3D models were a bit cubical. It's now fixed on all 3D models used on the game, including those you can't see for the moment. You can see the result on the screenshot below. ;)

Since the last article, I've worked hard on the lightning of the level. The final result (at least for now) does not really match the original game, but I think it's pretty good.

First, the progression of the level. The level is finished at approximately 50%. The Relaxation Vault room, the first test and the elevator are ready. However, the elevator can't move yet. It's the next task on my list! ;)

Obviously, I can't say this without showing new parts of the level. There are two screenshots. 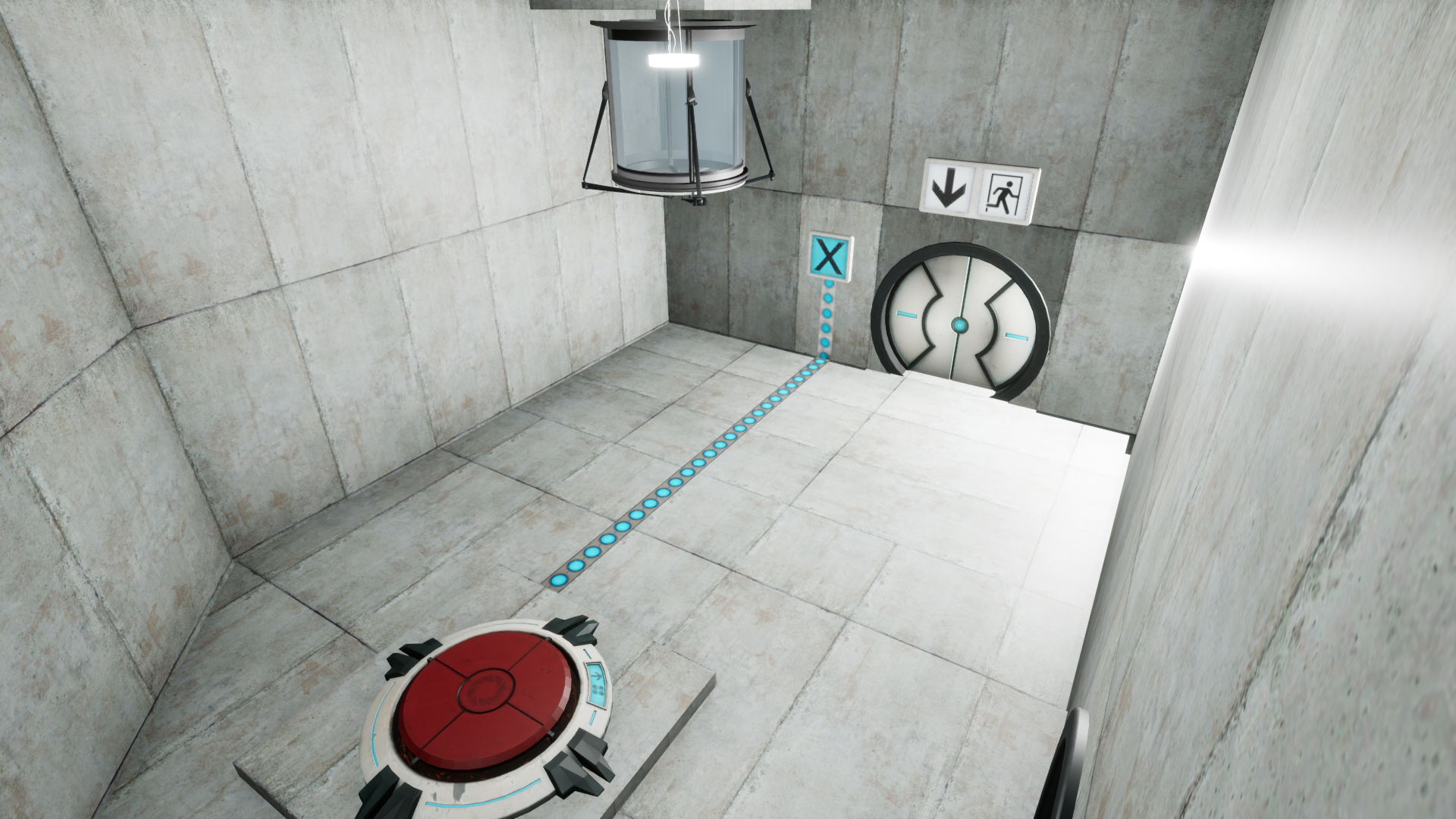 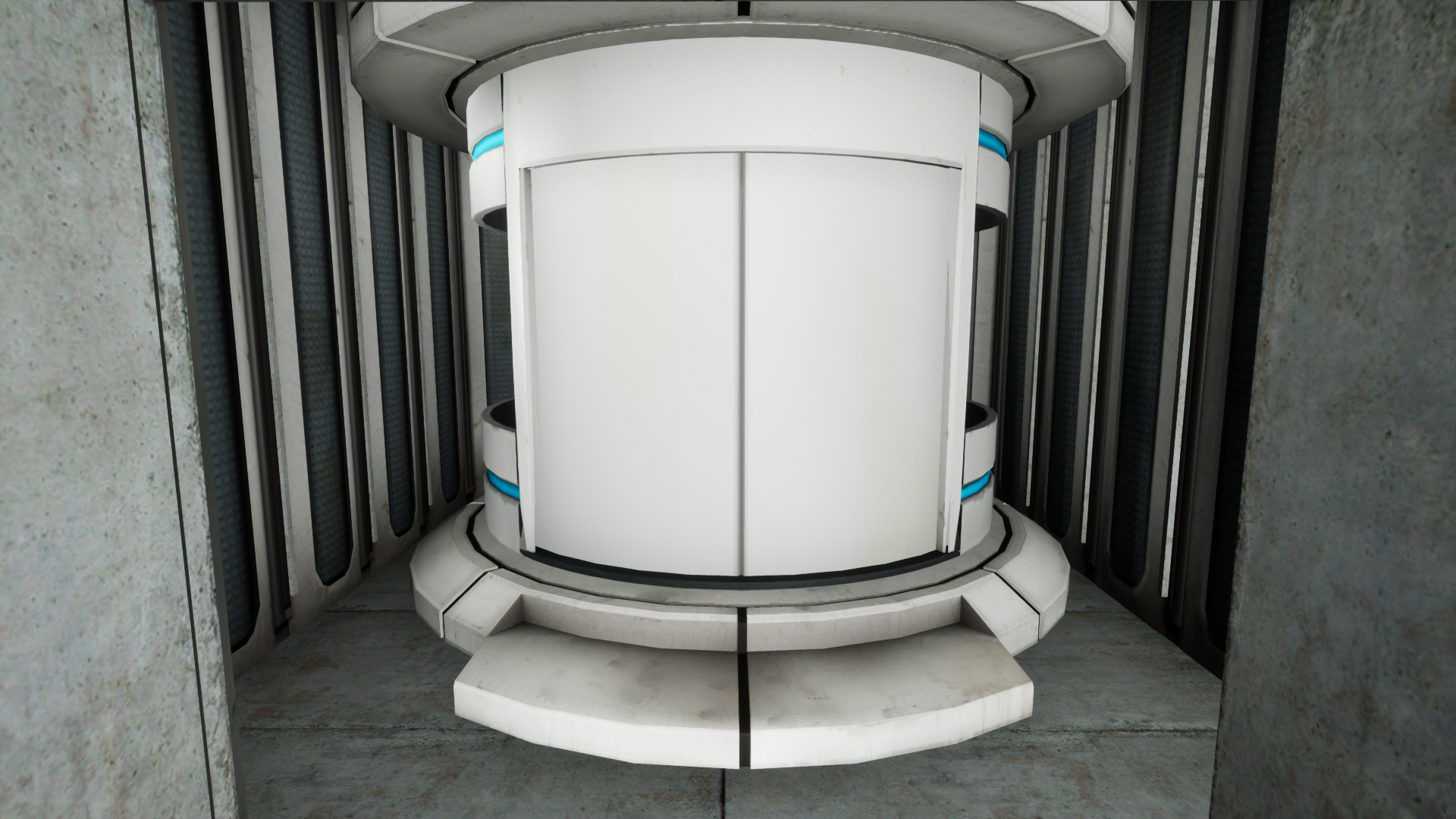 The menu allows you to :

Here are all the changes brought on the game for nine months. Hope you like them, and stay tuned for other news in the next months! :)

Here is new screenshots from the first level and a the final version of Chell's animations !

Watch a preview of the 1st level

If you want to see a preview of the first level, come here. ;)

System requirements to play to the game

In this article, you can see the minimal and the recommanded system requirements of your computer in order to play to "Portal Remastered".

You wants to discover Chell, the Portal Gun, Chell's animations, the loading screen and a preview of the first level ? You're in the good place.

I am expecting far more with the atmosphere and lighting than what you are doing, including complete redesigns, you want to do what Black Mesa did to Half-Life, UE4 is far better than this.

But I really want this to do well, one of my all time great games and I wish you all the success, following

Lights are the biggest problem of the game for the moment, and it explain my total silence about it since April 2018. A lot of work needs to done, and I'm working on it.
I will post new screenshots when I finished new lighting, and a few others things I want to change since many months. Many weeks (more months I think) will still be needed to progress.

Thanks for the support, btw :)

Why not try to make a team? I may try for example if you sont have the main system working I can try that. Guest is me without login.

The main goal of this game is to learn to make 3D games. I have another project I work on in the same time, and both of them helps me to learn and to move forward.
I've chosen to stay alone to do the game, because I think I can finish the game alone (with many time, I agree).

But on other projects, why not create a team ? ;)

how do you downlaod it???

The game is still under development. No download available for the moment. ;)

As impressive as it is, I do not think this classifies as a AAA game since it is made by a solo dev and a fan-made remaster for the original game, it is still an indie game as far as I am concerned. Would make better sense to set the project scope to Indie instead.

whare i have to press to download this file

The game is still under development. Download isn't available for now. ;)