Our game is an adventure puzzle game about an archaeologist who is looking for treasures in the maze of ancient ruins. The rules are simple - the character can move vertically or horizontally, but only from wall to wall at one time. For a variety of gameplay in the maze, there are teleporters, locked doors, pressure plates, and more. Demo version is available - try it for free!

Greetings, friends! ;)
Here’s the fresh devblog with news for the past week. We are waiting for your opinion in the comments!

We’ve drew sprites and implemented the logic of a new puzzle - Webs. It is placed on the floor tiles.
Webs stops any hero that passes through it. After that, the web collapses. When you re-pass through the web, the hero will continue to move without stopping. The turn cancellation acts on the webs just the same way as on the chests/keys. 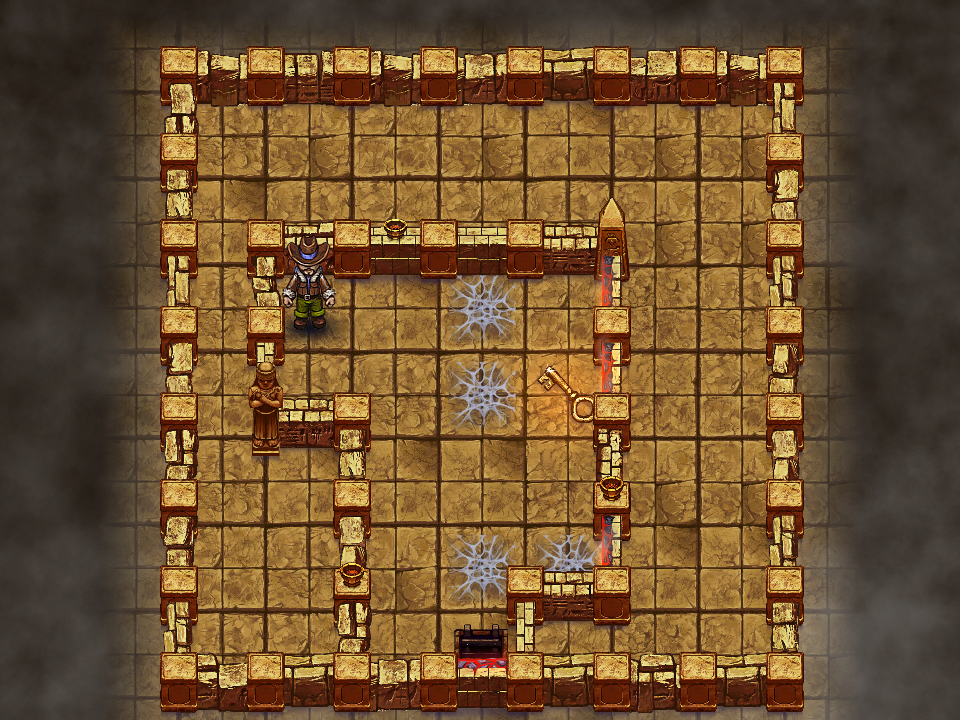 At last we’ve fix animation of characters! Those who played our game, could notice problems with the animation of Hans. Multiple visual artifacts appeared because the sprites did not fit well to the bones. That's what we did 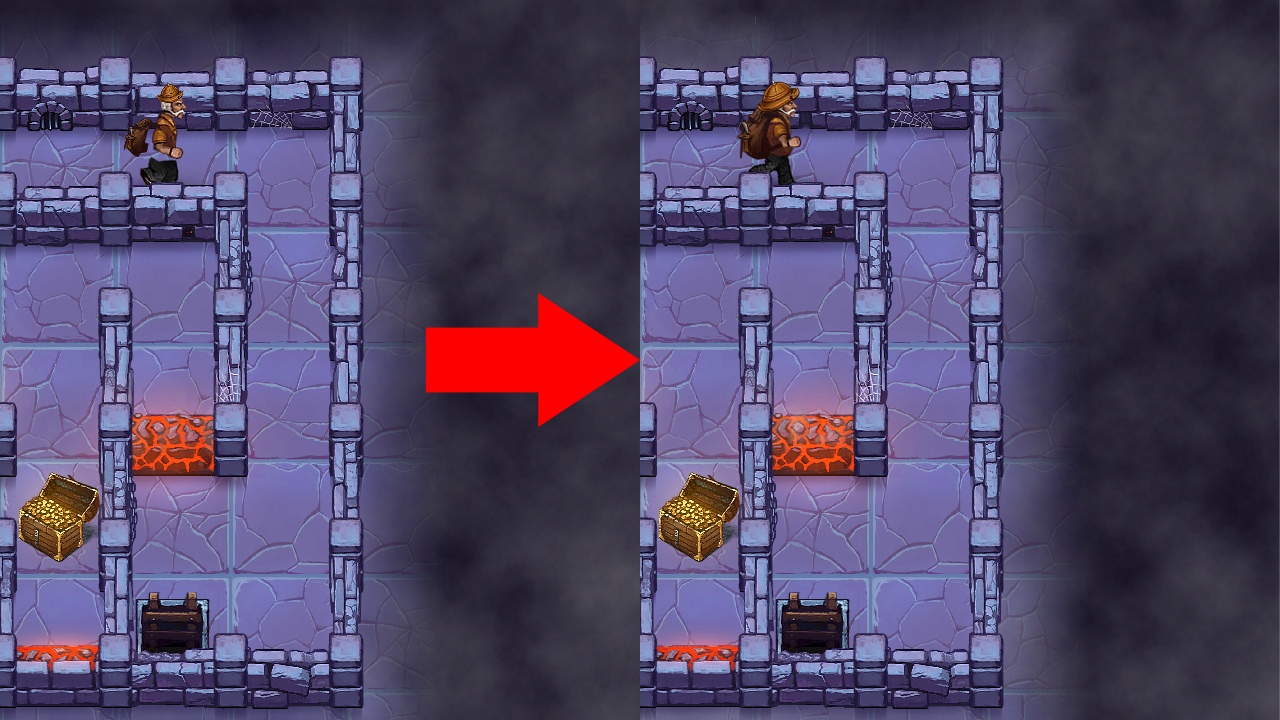 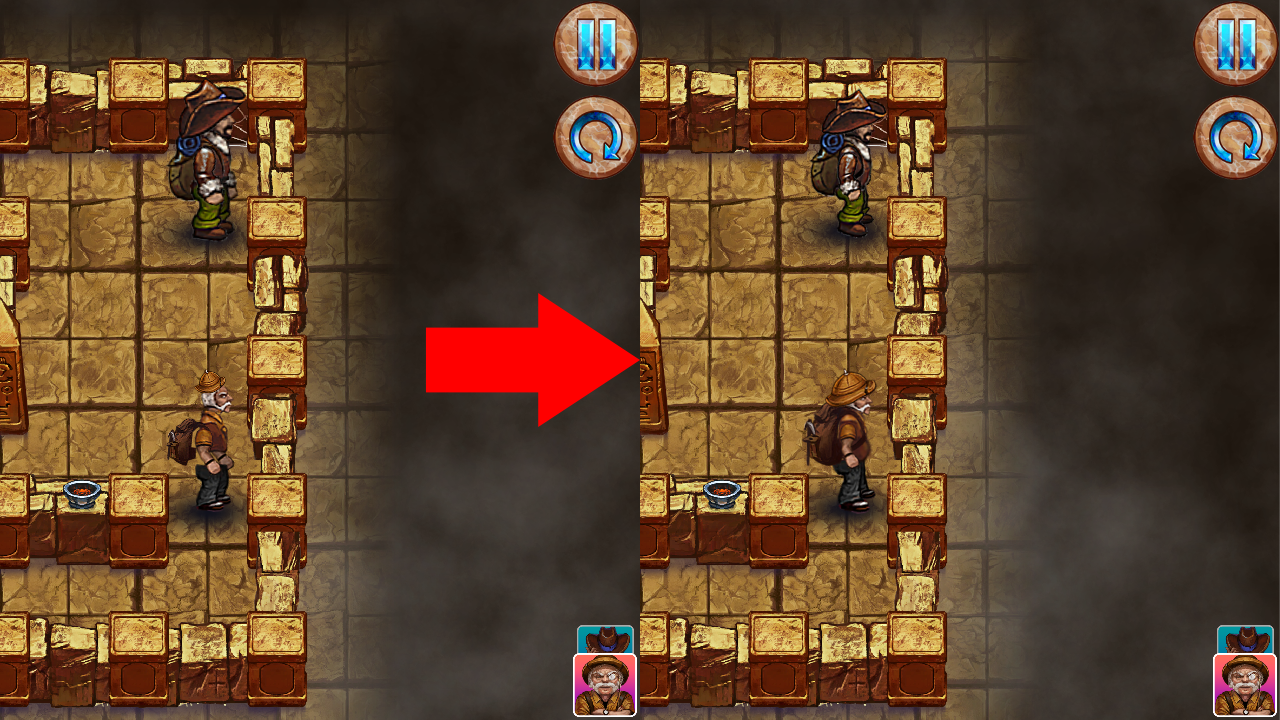 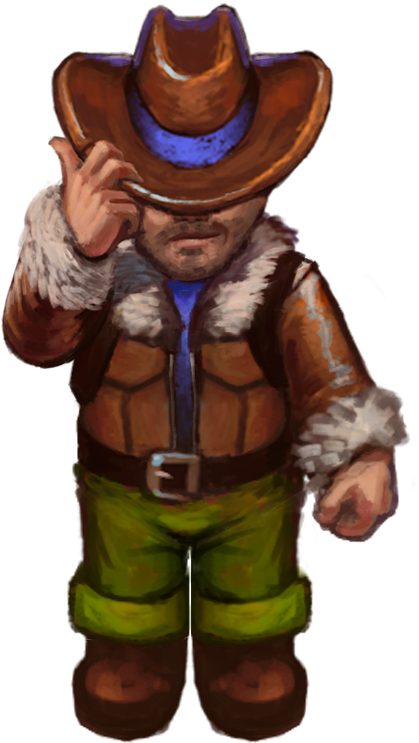 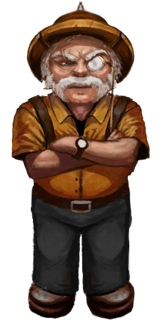