Legendary Journeys: The Eye of Baal

Legendary Journeys: The Eye of Baal

An old man's son deviously encased by magic. Too old to continue his search for the Tears of Baal, the four pieces when brought together form the Eye of Baal, he searches for someone in Ebbon to help him free his son. His previous champion lies dead at you and your companion's feet with a note.

Explore the world of Ebbon in search of the four ancient artifacts that are The Eye of Baal in an attempt to free the magically encased son of a father who is no longer able to carry out his quest. Create a personalized party of adventurers to carry out this task.

Throughout your adventures, you will encounter mythical beasts and devious puzzles. Your party will gain in knowledge and power through training and combat.

The game is influenced by the Might and Magic series, Everquest, and Dungeons & Dragons (table top game). It is played in the first person perspective as a "blobber". You create a party of four characters by selecting their class and assigning points to their attributes. Combat is turn based; exploration of the world is real time. As your party adventures and gains levels, they will gain skill points to assign as well as additional attribute points. New skills are earned by visiting trainers through out the world.

Currently, a small alpha demo is ready for play. There are several maps to explore, trainers, monsters to fight. You can complete the first part of the main quest and a few small quests as well.

It's been a while since I have posted anything. Day job sucked the life out of me with
a big datacenter migration which we finished up Valentine's Day weekend. Despite the long hours, I still managed to get some dev work done with the game! Most of the work that I have been doing is
creating and populating the needed zones for the game. I've added some screenshots of the a few of the new zones for your enjoyment. Note: some of these are early shots and are still a work in progress.

Now, I have a certain art theme that I've been trying to maintain; so, this isn't Assasin Creed Odyssey
level graphics were talking. This theme is based on the art that I have available and my abilities as a level designer :) So, if you like state of the art graphics that makes your GPU cry, sorry to disappoint. 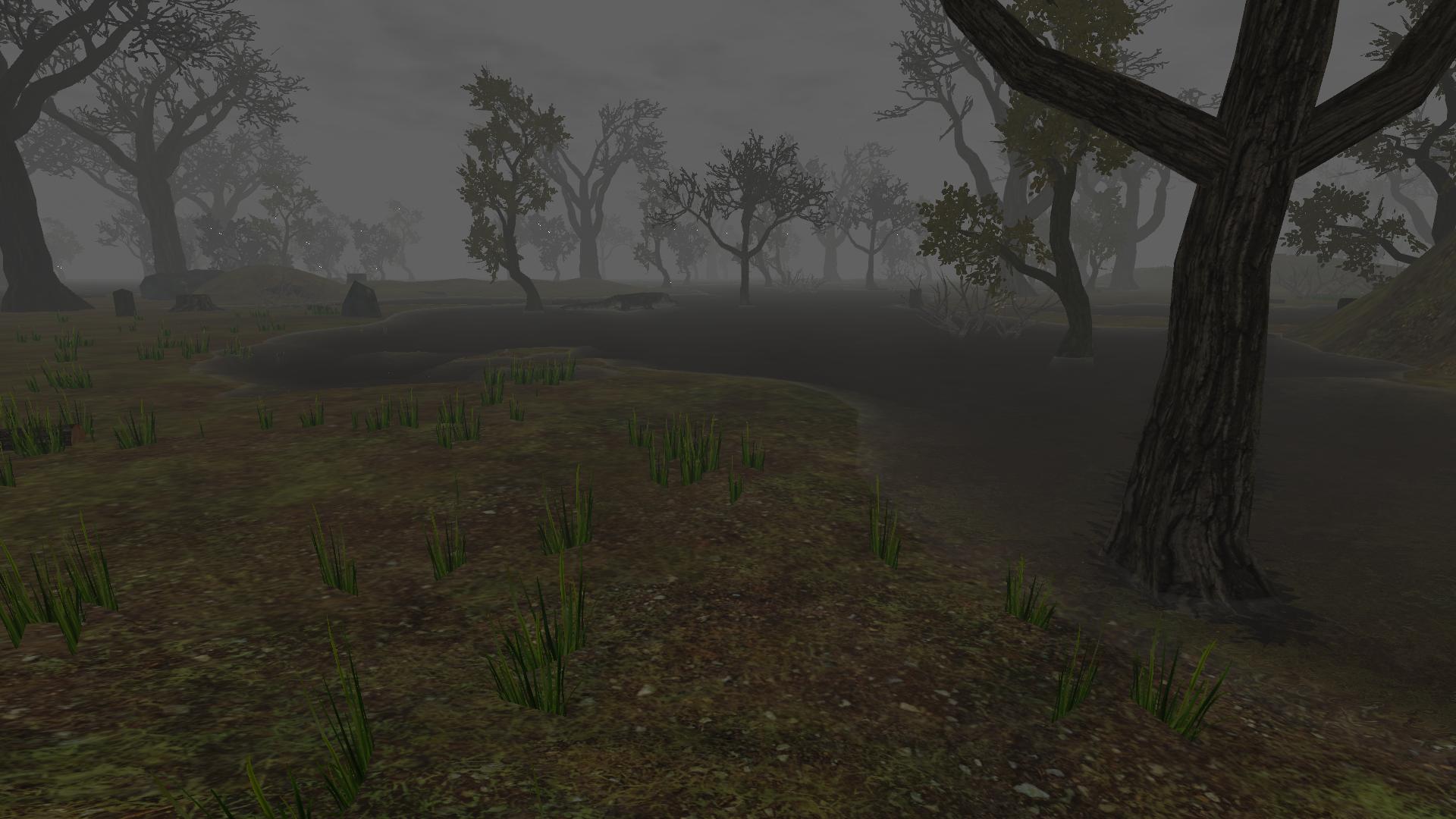 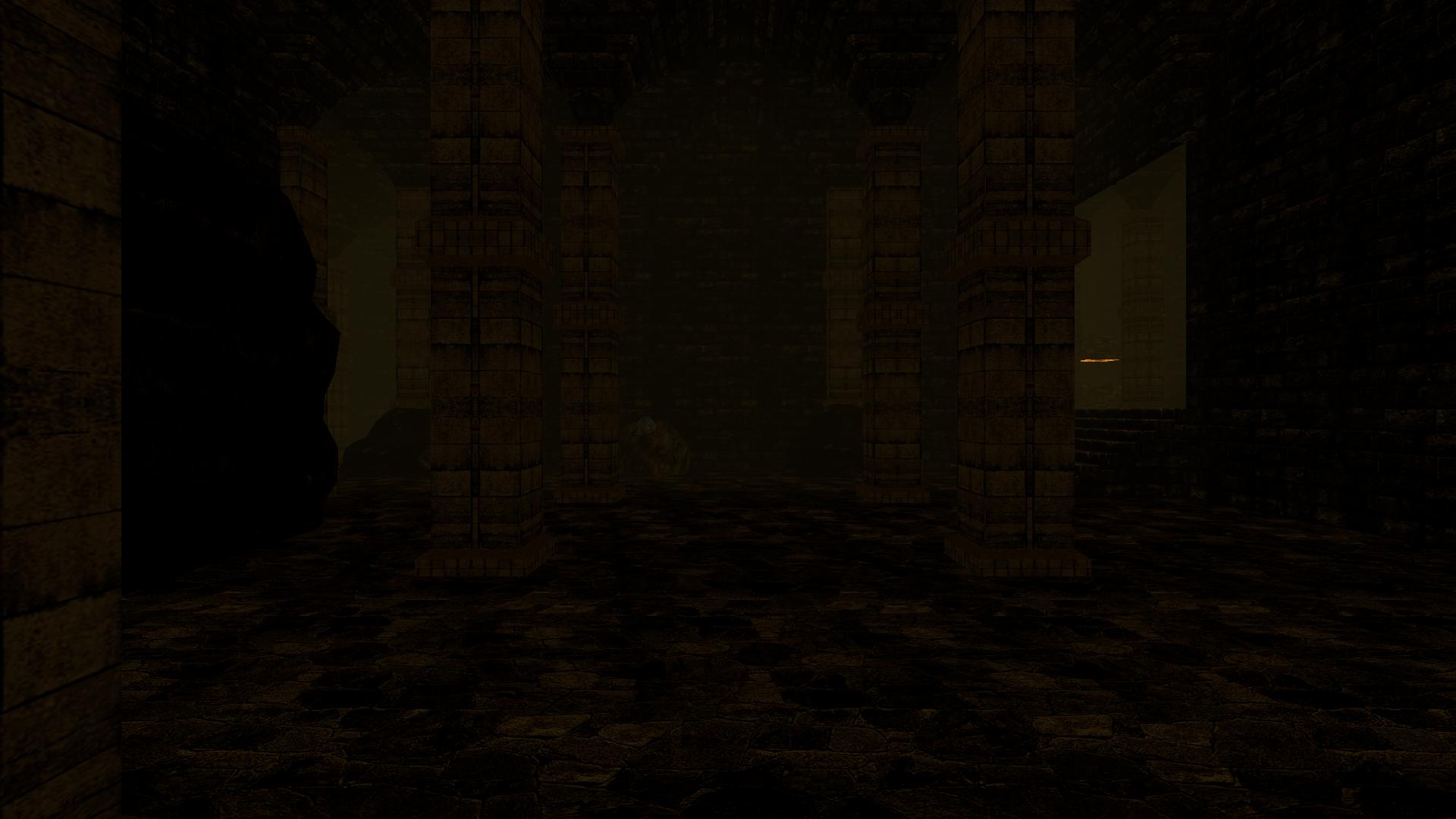 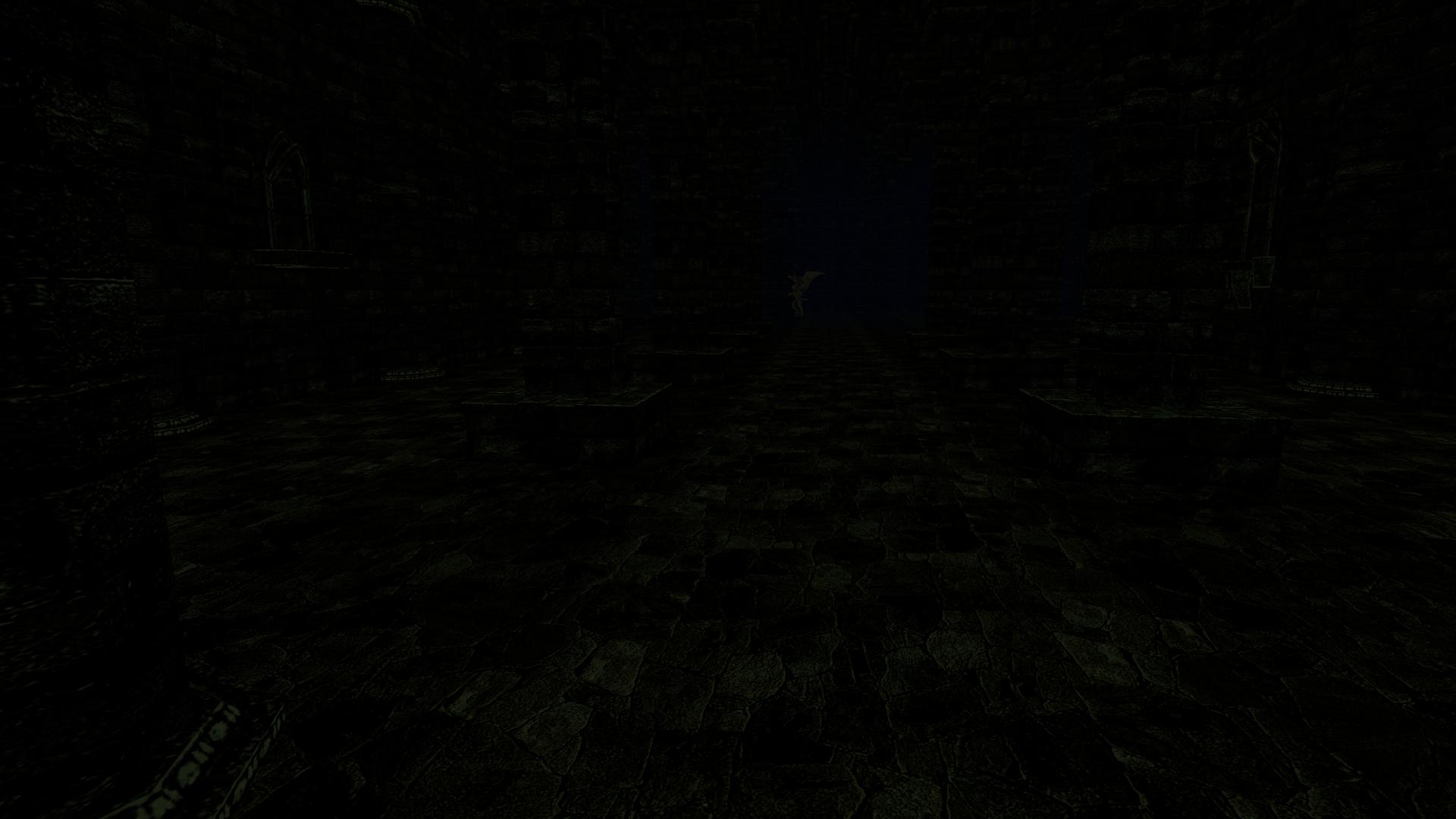 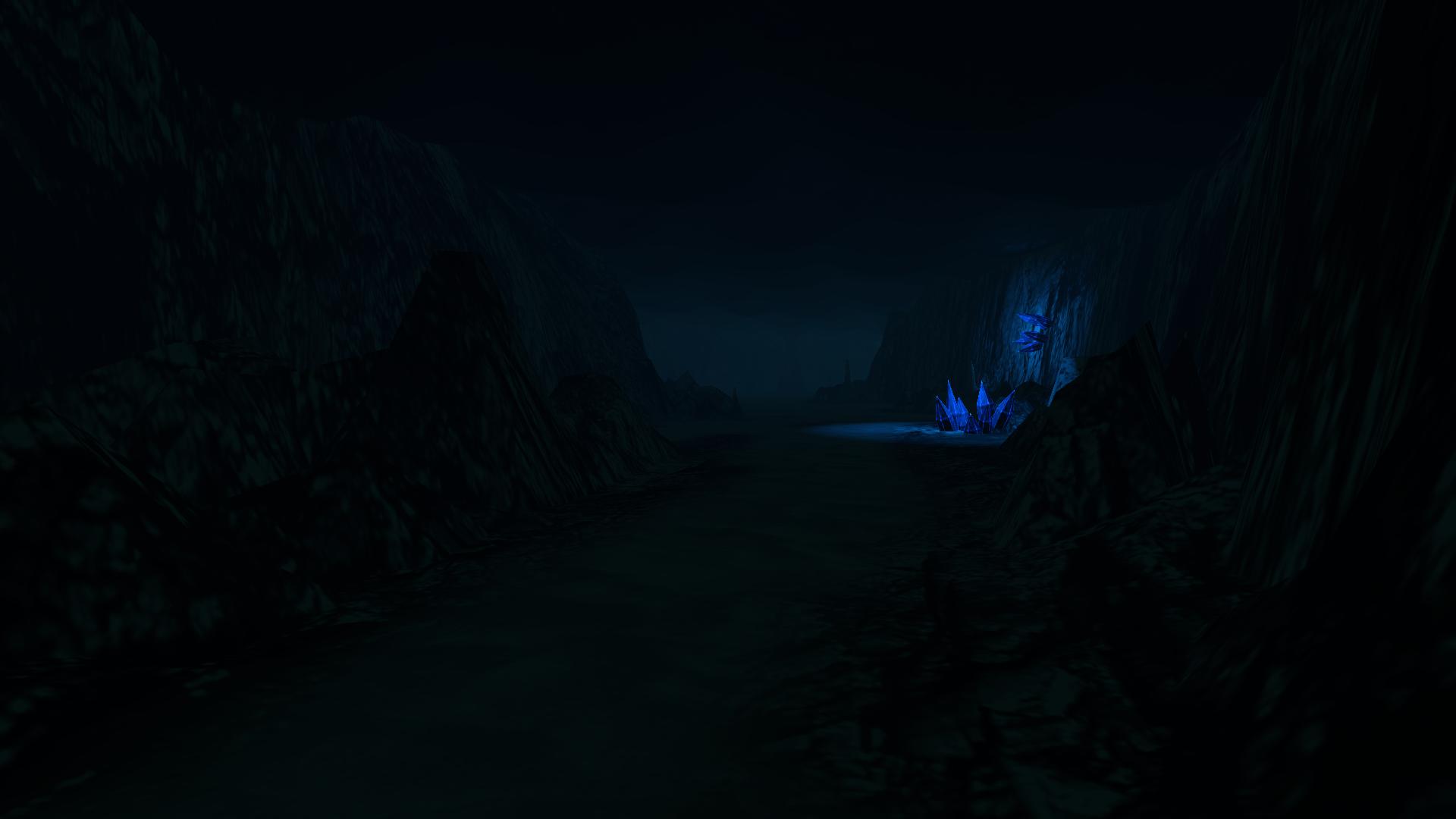 I have figured out a better way to handle the mob's AI. It's a faster method vs. deciding which spells/abilities
a mob has access. Now, I assign based on their level and what skills they should be using. I still consider any special
abilities/spells a mob may have and assign those individually. This has helped in speeding up mob design consideribly.

The run system has been revamped! I have added code which will select the nearest run point instead of retreating
to your starting location within the zone. Currently, Nerah's Landing is the only zone that has been updated.
I'll be updating all zones to include the multi-evac spots. So, within dungeons, you will no longer retreat
to the beginning. You will retreat to the nearest safe spot within the dungeon.

I've worked on my melee abilities. These abilities are tied to a specific skill. So, if you have the sword skill
and a sword equipped, you will be able to use those abilities that you have trained. You gain access through combat
books similar to spellbooks. What you can train in is based on your current skill rank and level. I have been
contemplating adding ranks to each ability like there are with spells. The idea, you will need to seek out
trainers to increase your rank within that ability much like casters need to seek out spell tomes to increase
their spell's rank. I have decided yet; but, I really like the idea.

I'd like to say thanks for those who are still interested in this little game. It has kept me
motivated to finish it. I will admit, this was not what I set out to make. I originally wanted to create
a single-player (maybe with co-op) MMO style of game including the tab-targeting combat system EQ and WoW uses.
I was moving right along. Then, one day during testing - the game was not fun for me. So, I backed off of development
for a while and started playing some older RPGs that I wasn't able to play during their heyday (either the PC was lacking
or I was playing EQ at the time :)). Well, I discovered Might and Magic 6-8 and loved the party development aspect of the game.
And, that's how I got the idea to meld MM6 with EQ/WoW style of play which I found fun. My biggest fear, no one else would like the idea.

I have my PC specs figured out for the game. I have a few PCs and laptops available. What I discovered: this game
wil NOT run on a potato. I originally was targeting my laptop with an integrated graphics chip (an old intel chip).
I cranked everything down to the lowest settings. It ran - barely. Specs are at the end of this post.
I did this because I needed that info. Plus, after many arguments with myself, I decided to put the game on
Steam. I'll be creating the page soon. It makes sense to do so. I liked the cloud save feature of Steam and the
SDK was easy enough to integrate. I'll probably create some achievements for those that enjoy them.

The Demo for the game is available. I'm calling this a beta demo.

January's build includes a new class - the NECROMANCER! The necromancer is the only class that can master the Death Magic skill. Three death magic spells...

Hi to those that are following this progress. Still around and working on the game. Haven’t had much to post about. I’ve been, mostly, doing some...

This is a passive skill which allows a character to examine an item and determine what it was, does, etc. For instance, the party may come upon an ancient...

Beta Demo 1.0 release. This will become the official demo once I finish the polishing. Ran across some placeholder text in recent play through. But, figured...

March build is here (yes, realize the versioning was off. Finally decided to get it back to what it should read). This release includes the new options...

This release sees the addition of Races when creating your party...

Found a bug when entering some of the new dungeons. This version fixes that issue. Please note: This is a self-extracting archive. Resulted in a smaller...

This is a great project. I really hope to see it get more polish and turn into something that gets more attention.