The IFSCL is an interactive simulation of the supercomputer screens that appears in the show Code Lyoko as well as a compelling story with 3D adventure mechanics. Crafted for more than 11 years, mostly in solo.

Jeremy, a genius teenager, leader of the group, and operates a supercomputer interface in an abandoned factory. Using the scanners, he 'virtualize' his friends, sending them to the virtual world of Lyoko inside the supercomputer. There, they do battle with XANA, an evil artificial intelligence.
There are towers on Lyoko which act as bridges between Lyoko and reality, and are activated by XANA to carry out attacks in the real world. The group fight monsters, who act as the forces of XANA, as they search for deactivating the tower. Throughout the story mode, Jeremy acts as an operator, guiding and directing the team from outside Lyoko, and this simulation puts you in his shoes.

Because this game is not only about being a 'hacking' simulation of the interfaces and screens of Code Lyoko. The new update is giving you access to many new realworld locations!

You'll be able to deep dive into precise recreation of Kadic's College, as I've been working on adding many new places. Also, as announced by this trailer, are Ishiyama's House and the woods also landed in this cycle. 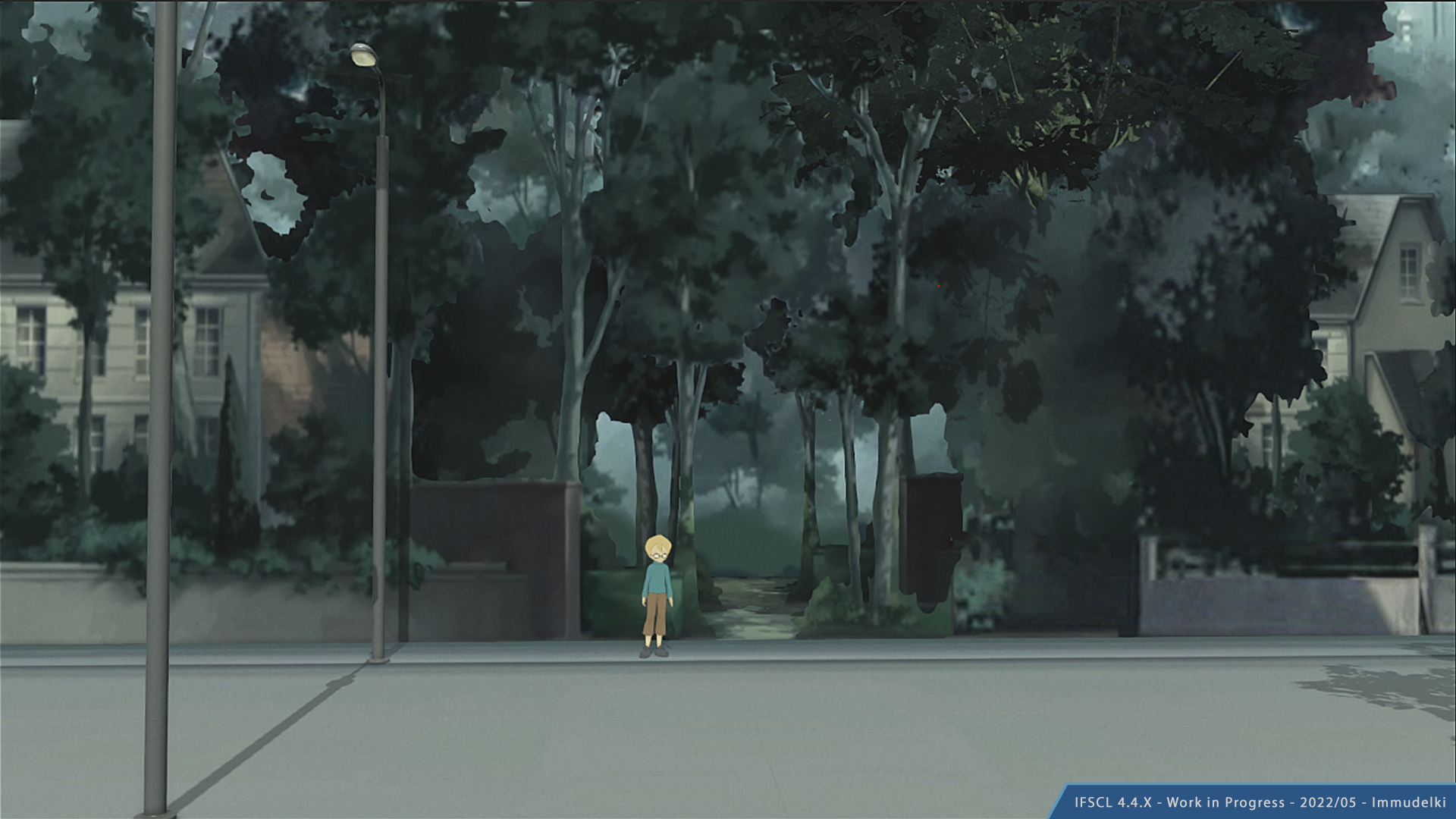 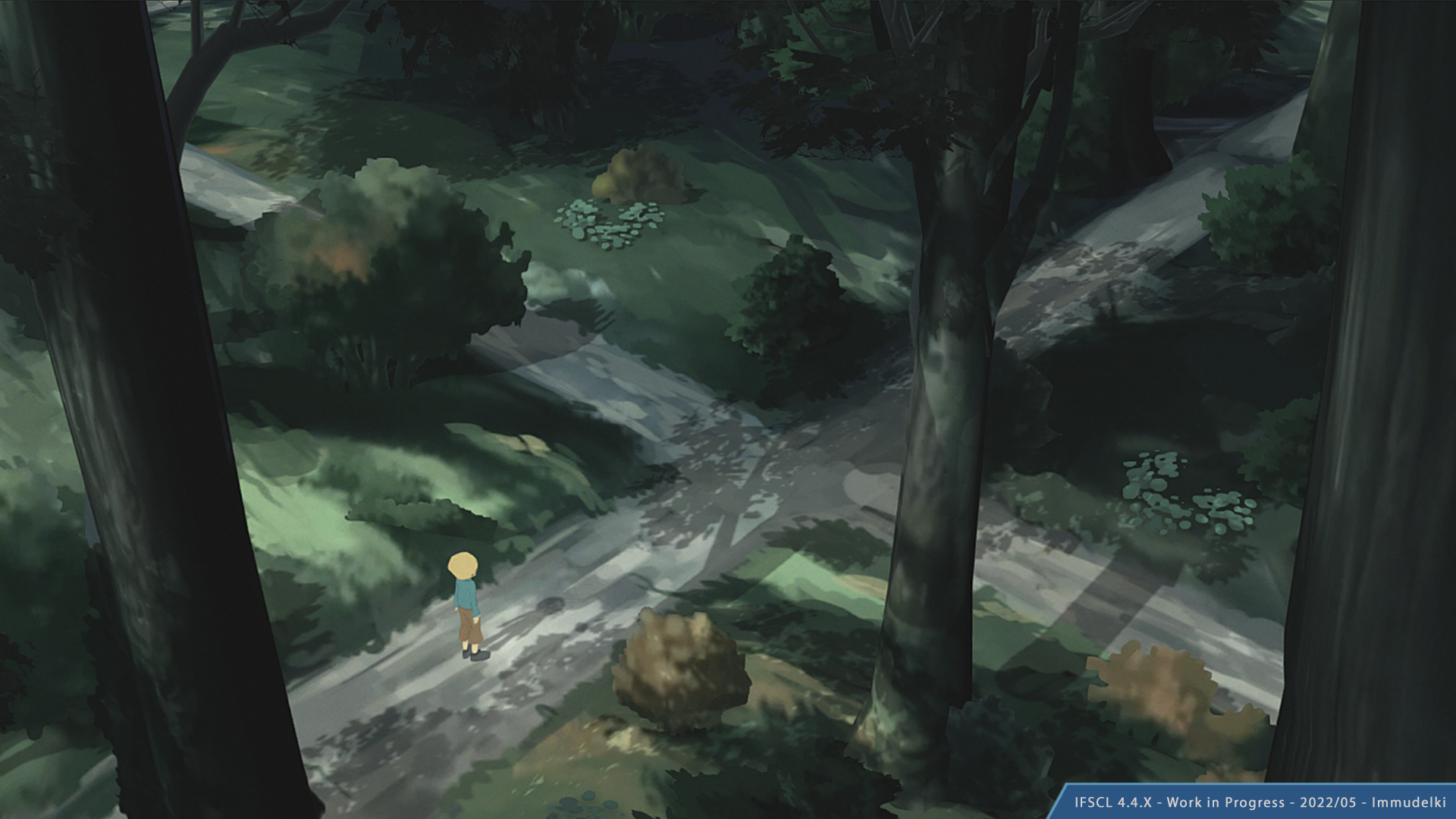 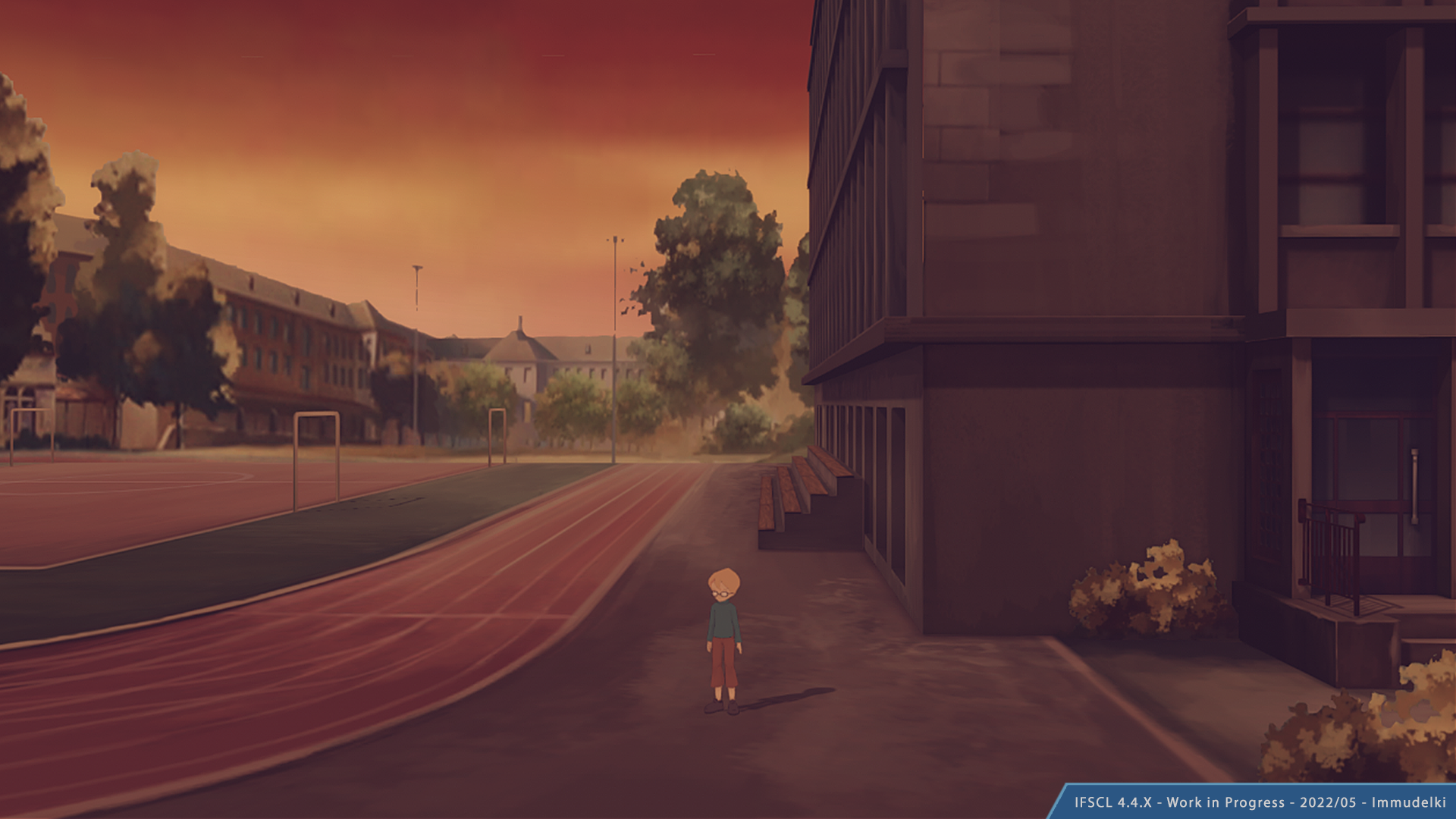 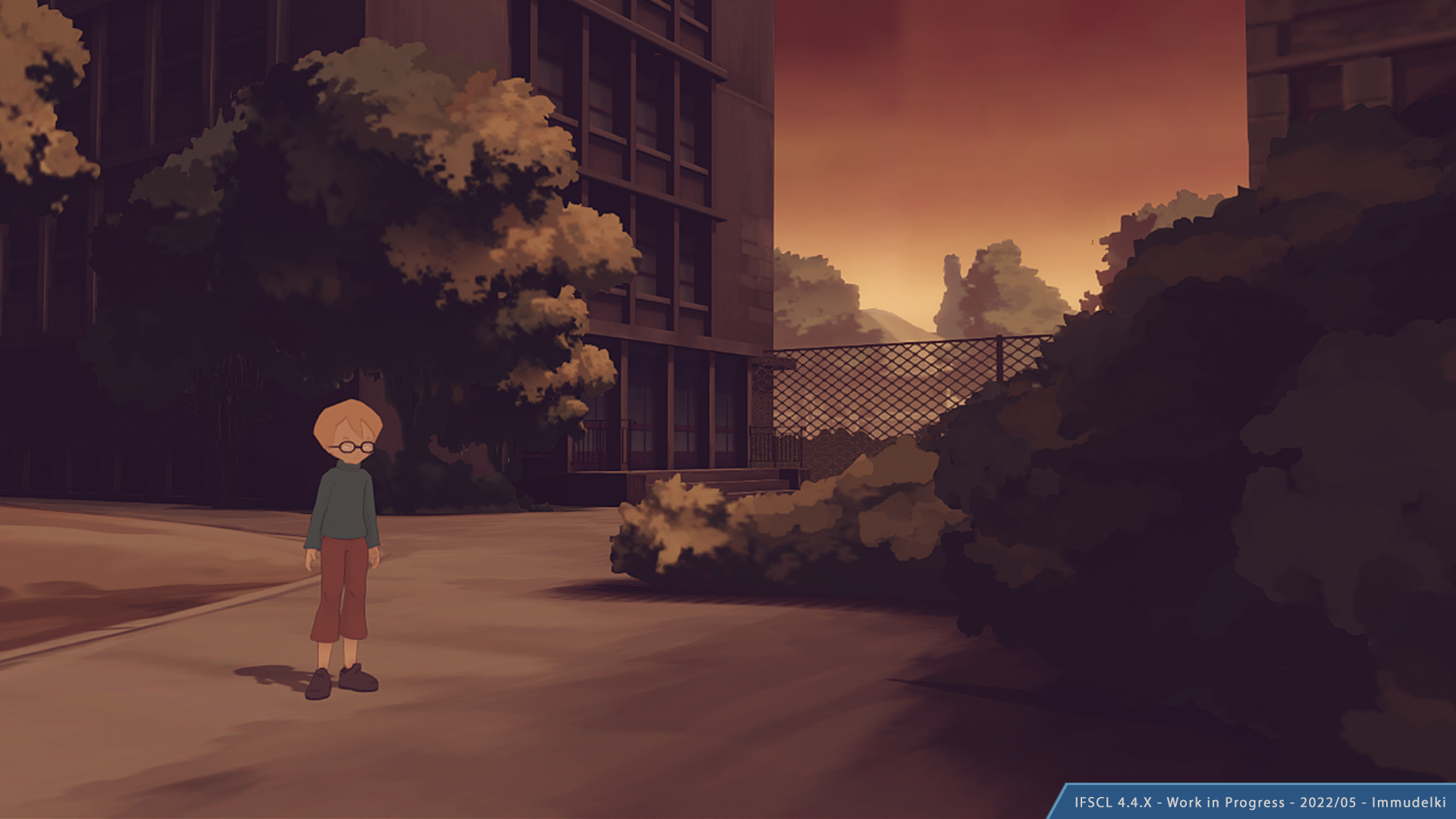 I've been studying the background art of the show a lot, you'll find more than 30 new maps, probably more than what I added in the game previously accross 3 differents cycle.

I've also been working on 2D cinematics, as usual, upgraded chapter 3 (previously chapter 2 part 2), and chapter 4 still featuring almost quality-like show shots. I hope this will make it closer than ever from the show. 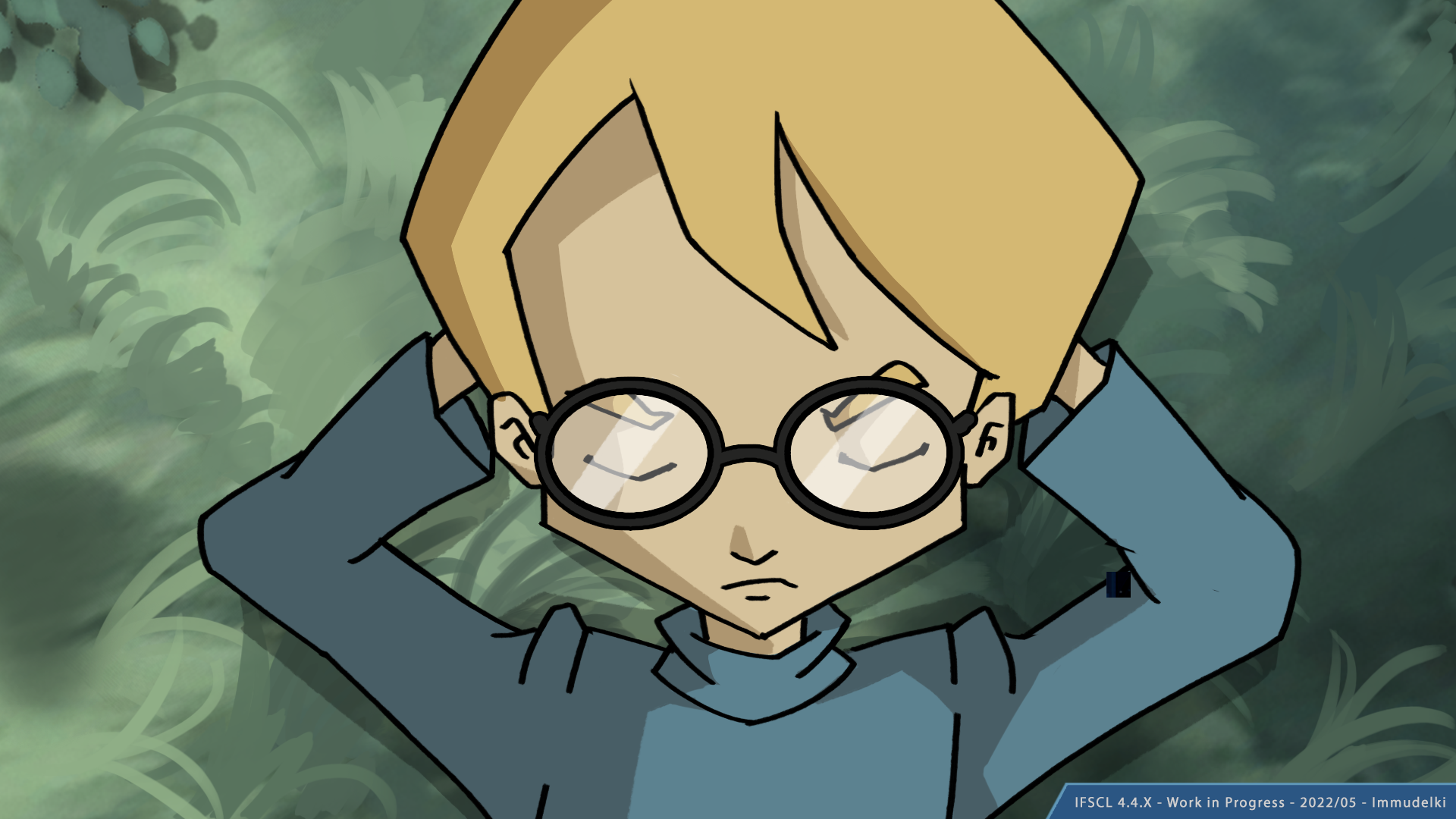 Also, custom (free) game mode lets you finally get out of the supercomputer chair and wander around the lab, even talking to the Lyokowarriors a bit.
Scanners, boiler room, laboratory and cathedral will be available in that regard.

Let's not forget, of course, the HUD and help, which are always very important to improve, and are getting more and more care: 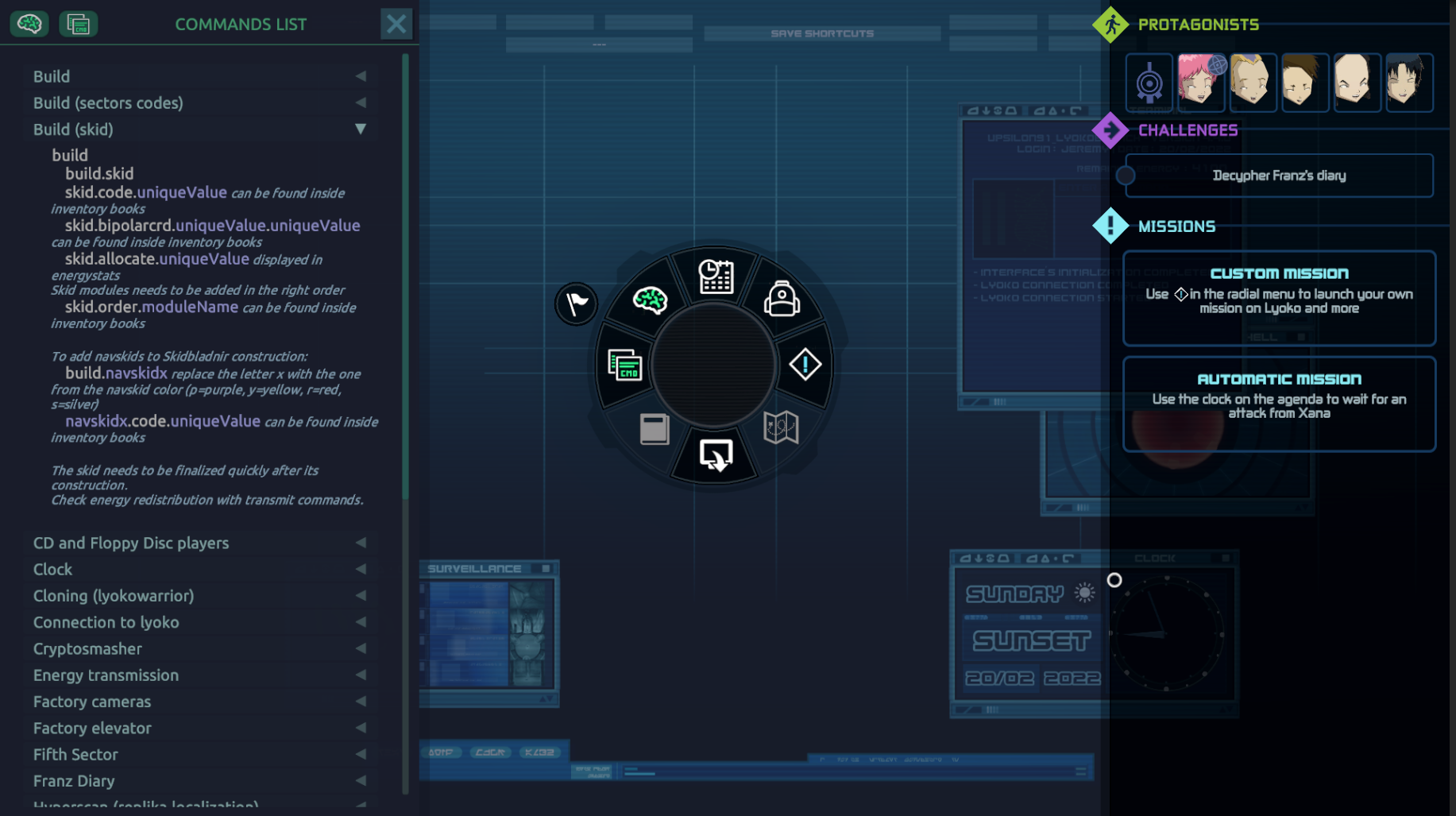 This version not only brings new story content, but also a ton of new features which are too lengthly to list here, but game balance, footsteps transitions, hatch and scanner interaction animations, 3d trees, a fully revamped custom game menu and many others are listed here in the changelog.

IFSCL is more ambitious than ever with the return of the official cast for the fangame! Also, some details on 38X and the future.

8 years of IFSCL, it's time to see the future with a brand new trailer. Also announcing a crowdfunding to get more of the official voices!

Latest version of IFSCL is coming with a trailer. Creating the skidbladnir, new production methods, new launcher, inventory system, a bright future ahead...

Yeah. I mean. That's not the point of the game in the first place, so I don't understand why you would be expecting it o-o.
Anyway, you have the official games for that ;)

also in the compiler it says 'lyoko must survive'.

In the compiler it said jeremie will die. foreshadowing in the next immu room?

So far only played it for a few hours but just wanna ask for 2 things. Think you can have the buttons on the phone flash when the numbers are dialed?

Also when an error happens, like when I virtualized Odd his DNA fused, think you can make the red exclamation mark appear like in the show? Like make it appear whenever a sort of error like that happens?

Anyway keep up the good work this game is awesome!

Could you post a manual on PDF with all the commands and instructions like you did in the past.

Currently it's not possible, texts are dynamically loaded from a database. And this takes too much time to do for each langage. PDF might come back but only in a later version

this is not working on windows xp
:( please fix it

Support for Windows XP has been dropped, as it's way too old os (17 years!!) to play and develop this game for. Don't forget the game is in development and growing bigger as the dev progress, so It's normal that requirements go higher too.