Harvest Hands is a first person fantasy farming game. Play the Apprentice Farmer as they learn the ropes of managing their very own farm. Farm, craft and explore an expansive, vibrant fantasy world, and using your magical tools, grow your farm into a thriving business and help the township of Willowdale solve a chain of strange magical mysteries.

The Harvest Hands team reveal they'll be at PAX Aus 2018 as part of PAX Rising, and show off some new animations and shader effects for the game.

The team have been working really hard in the lead up to PAX; developing new content, animations and systems.

In today's post, we'll be showing off some of the new animations and shader effects, and announcing our official attendance at PAX Aus 2018's PAX Rising!

You can see some of the new additions below:

First pass animations have been made on our updated character models, including walk and idle animations.

We've updated our water shader and materials, and added particles to items bobbing in the water.

Harvest Hands will be at PAX Aus 2018 as part of their PAX Rising area!

PAX Aus is Australia's largest video and tabletop gaming event and is held at the Melbourne Convention and Exhibition Centre from October 26th to the 28th.

Here, you’ll be able to play an Alpha build of the game, meet the team and purchase some super awesome merch (To be officially revealed at a later date).

You can find some exclusive details about the booth and our planning for PAX on our Patreon! (post coming soon)

We can't wait to see you all later this month!

On another note, did you know we have a Discord?

Click the image below to join our growing community and chat to the devs! 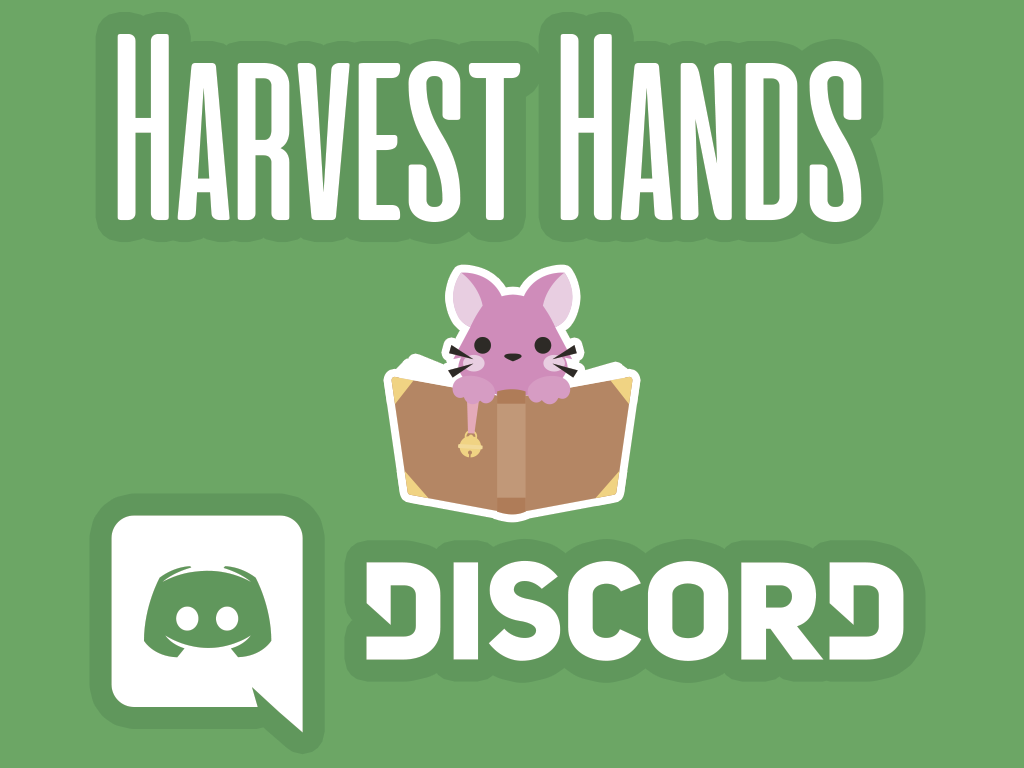 PS: Some of you may have noticed our re-branding, what do you think?