GridSpace is a top-down angled 3D arcade game that will aim to be more action oriented than other games of this kind (like Geometry Wars). It will hopefully have some RPG-like mechanics of being able to upgrade and customize your ship and weapon loadout, as well as explore the large grid space world. It is being made in the Blender Game Engine.

Hey. As you probably know, this project, GridSpace, was something that I wanted to make and complete. However, I'm not planning on doing much else with it (as I've already got too much on my plate game development wise), so, I've decided to open-source this project, letting whoever wants to, to step up and check out the source .blend file and see what they want to do with it. Thanks a lot for checking it out and looking into it. I might stop by once in awhile to work on the project, depending on what people do with it. :) 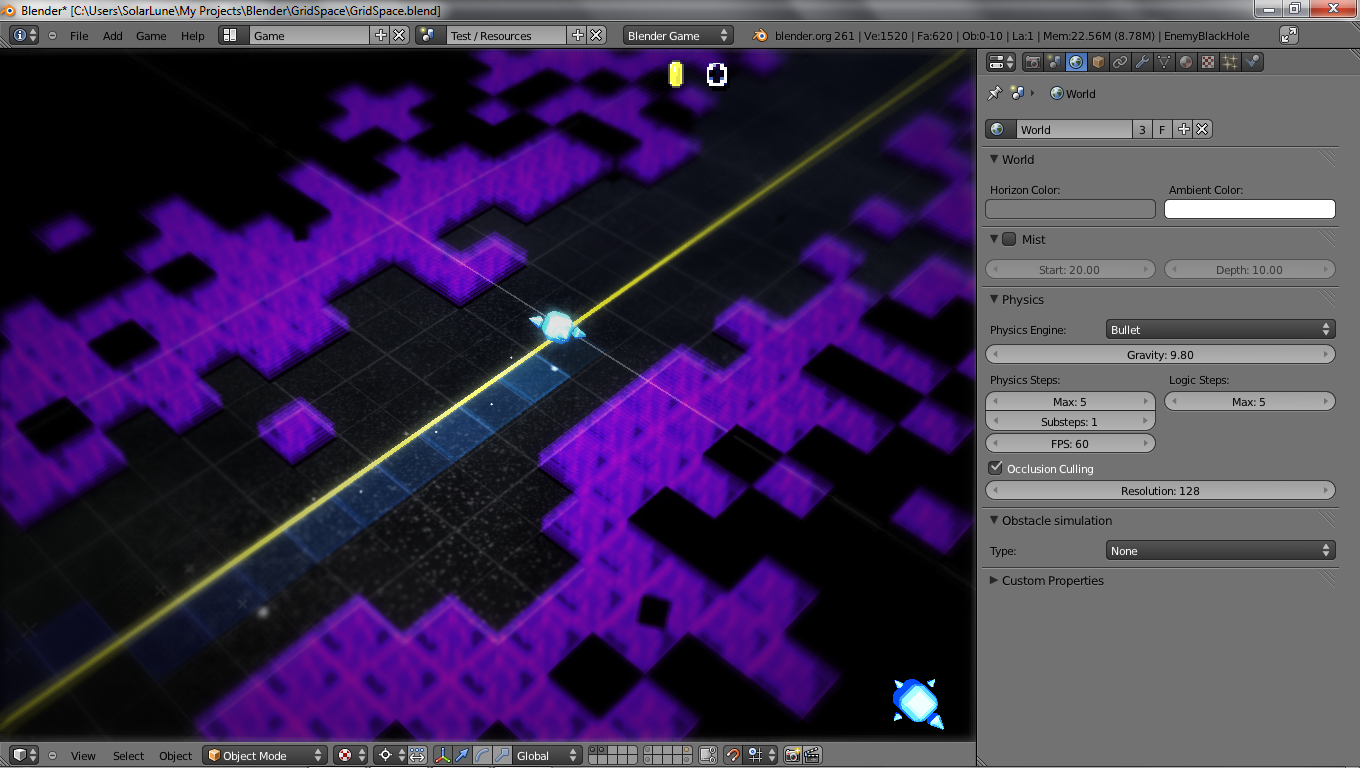 There's currently no sound or music, and not everything's complete, but it's still a good base, I think.

You use the arrow keys to move about, the Z key to spin, and the X key to shoot once you've purchased the LightBead (which is the only purchaseable weapon). The spin works fine against the Mine, but against the Tank and Gear, you'll have to use the LightBead. Also, there's a black hole wandering about in the Corrupted area - to take that out, you'll have to use your trail.

Enemies can drop Creds, which are the glowing yellow shapes, or health packs, which restore your health. Health packs are green. 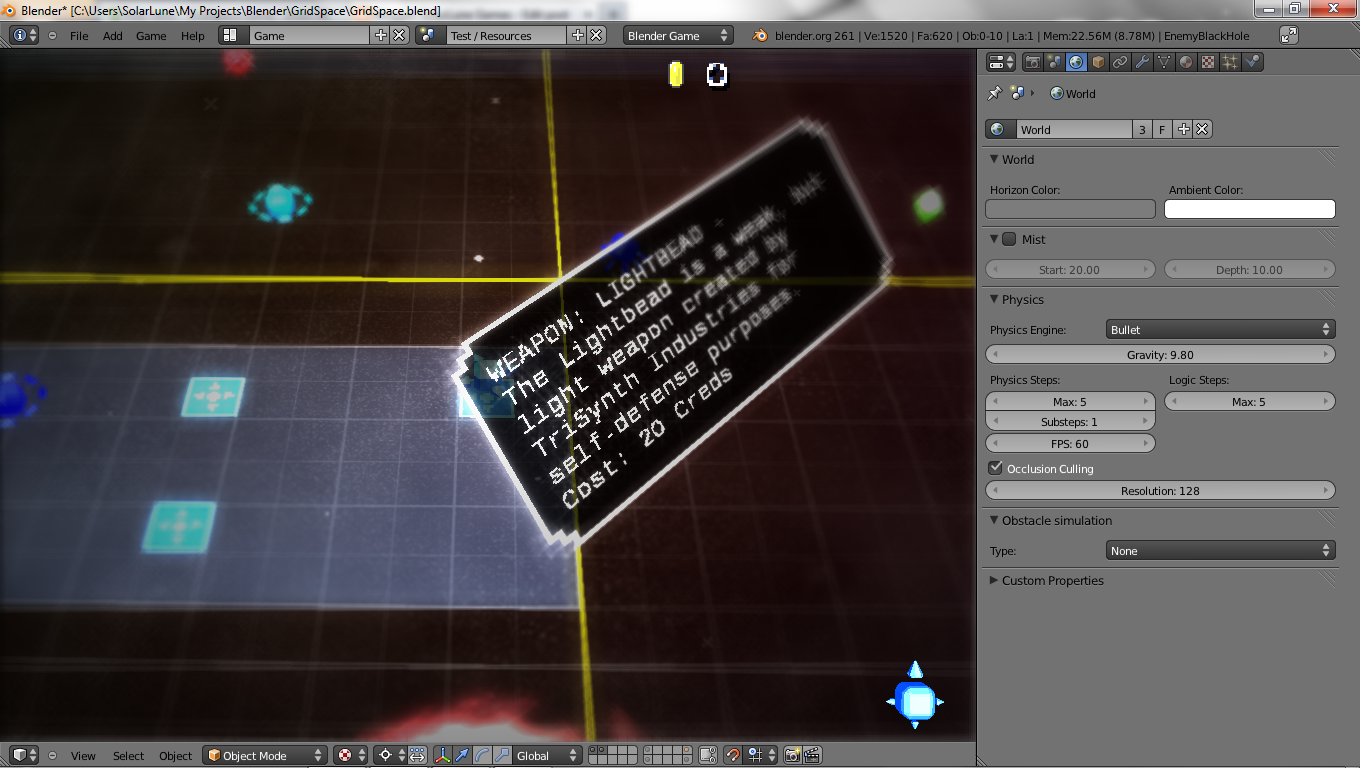 If you want to use the source commercially, you have to get permission from me.

Well, feel free to download the source from here.

Back at it after a little bit of a break. Trees implemented.

Cleaning Up and A New Enemy

Hey. So, I've cleaned up the world a bit graphically, as well as added a new enemy.

So, I've got a video showing the progress made so far with this.

Well, I've gotten a prototype shop and game up and running, and it sells... A new weapon - the LightBead.

The Open-source release of GridSpace. While it's not completely finished, I don't think I'm going to return to the project. So, if you want to learn more...

hi seen the screens and i love the rpg concept that you want to put in the game which i totally wanted back when i played geo-wars but the problem is....errm how do i say it?....the screens are really....boring to look at they totally need an extreme makeover the b&w grid isn't very beautiful but i'd suggest a dynamic background that alters to how and where you kill enemies like the one in neon wars if you played it any way sorry about the long comment, tracking ;)

I looked at Neon Wars, but I found it to be a little bit too much going on. In a game like this where, hopefully, you'll spend quite a few minutes playing around and going back and forth around the game world, I would think that you wouldn't want things to constantly look 'busy'.

You may be correct that the graphics could use a little tuning, though. This is a simple project that I'm working on, but I do want it to look as professional as possible. Thanks for your suggestions.

@Tetrini - Thanks. Epicness will be a prime goal in this game. Although, I'll have to switch up the world - it's looking a little dull right now...

a game with blender! finally! i will plant my flag here and watch your progress like a stalker!

Hey, thanks, anni. I'd like to finish it soon and get it out there. It's coming along alright.