More news about development status of the Steam version of !

We are writing this post to update you on the progress made on the PC version these past few weeks. We have been very busy with:

Some of you have asked why the game isn't released on PC yet. Others even wondered if we're still working on it.

The initial plan was to release in May 2016.

However, the recent gameplay and level additions that will drastically improve the game experience have taken more time than expected.

The main reason is that I am the only one working on the game development, while Amélie writes the story and dialogs.

If we were working full time on the game, it would already have been released. However, we are both working full time in the games industry for other companies. We have recently been completing other projects, and we are now moving from the United Kingdom to Slovakia to work on a new project! 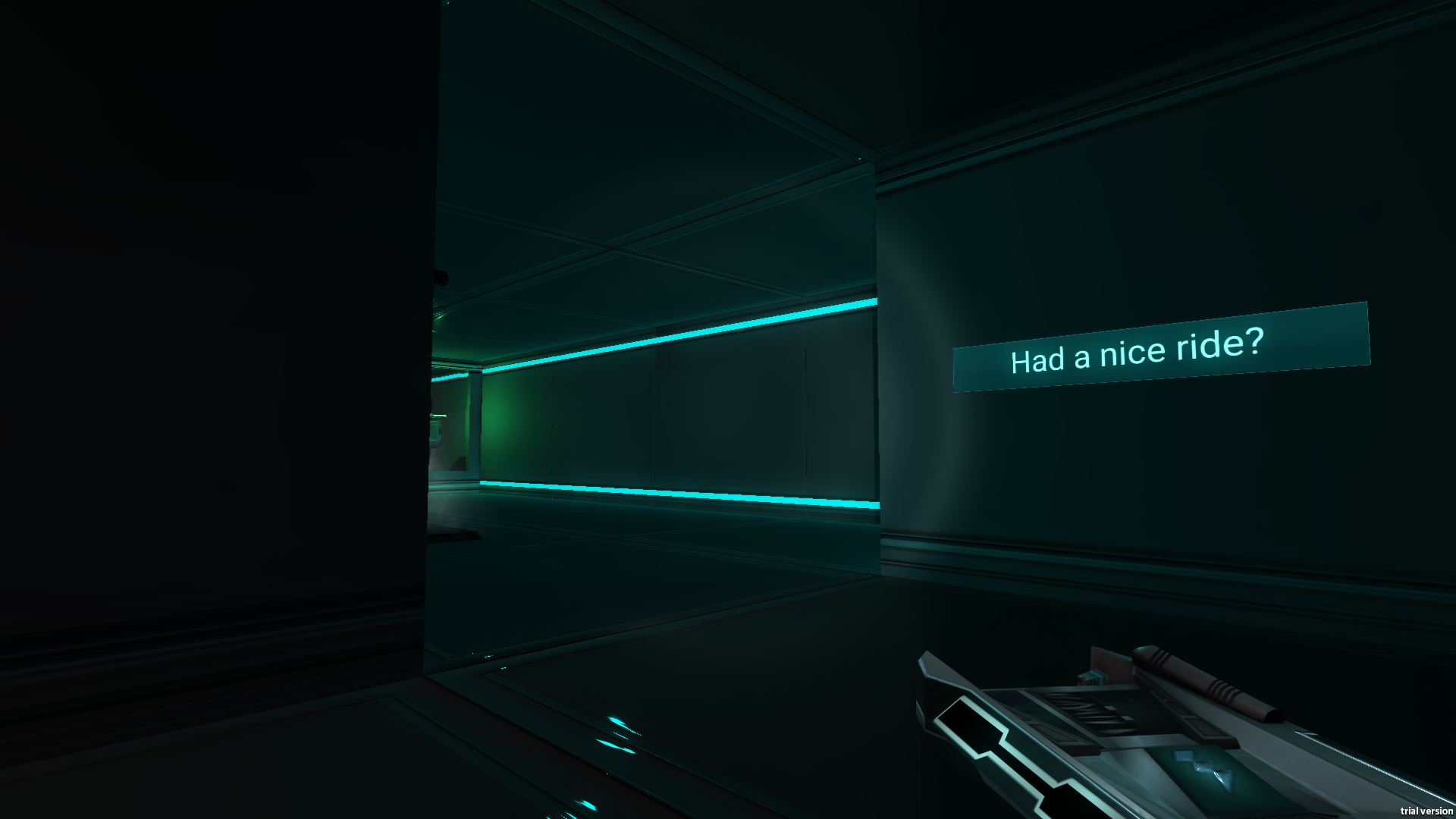 Fractal Space is our side project. It is very important for us - I work on game building most evenings and over weekends. Amélie thinks about the story as often as I think about new rooms, situations and features: every day.

In parallel of of building the new Steam version, I have also worked on bug fixes for the Pocket Edition. We will release an update for mobile platforms within a month or 2 to fix all known issues, and add German & Spanish localization.

Simple version: we are never going to stop working on the game until it's properly released, but we are creating out of passion - meaning that we do not have as much time as we would like to. The current goal is to release before the end of 2016. It is currently hard for us to be more precise than this. 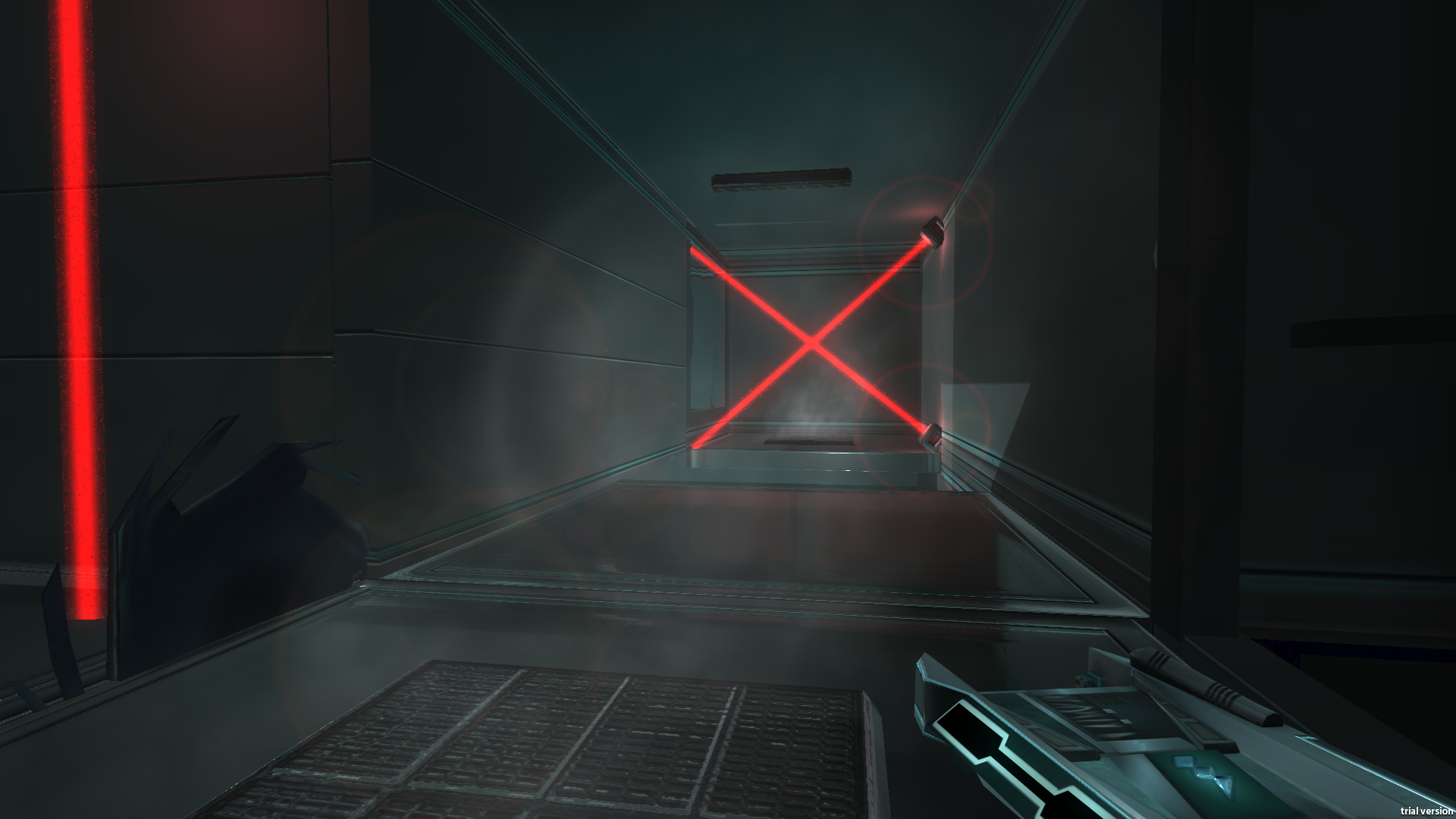 I would like to thank all Android players that have generously donated. Some of you have donated $7, which is awesome; and it gives us hope that it's possible to release a game for free and still get a a little reward for it! Thanks again ;)

If you have not yet read the first PC Development Update we published in August, we recommend you have a quick look before scrolling down!

We are very pleased; we have received a large number of CD Keys requests for press and Let's Play videos for YouTubers.

We can now say that we will very soon be ready to send a preview build including the first two chapters of the game! We will release a new development update on this blog for the occasion, so keep your eyes open on our Twitter, Facebook or Google+ account ;) 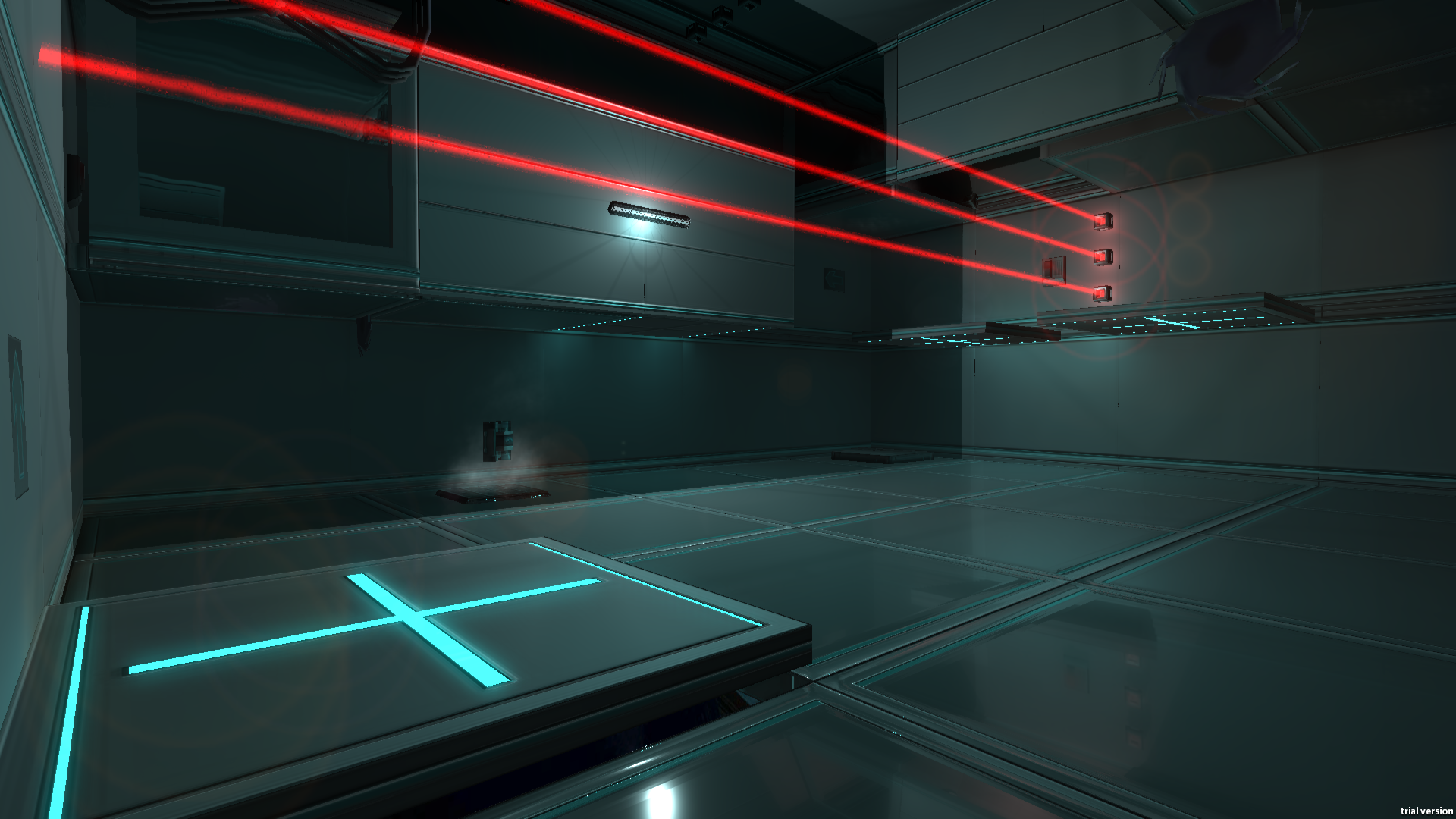 As we did for the first chapter, we have reworked the lighting of the second chapter of the game. That's a big part, so we're happy to have completed this :) 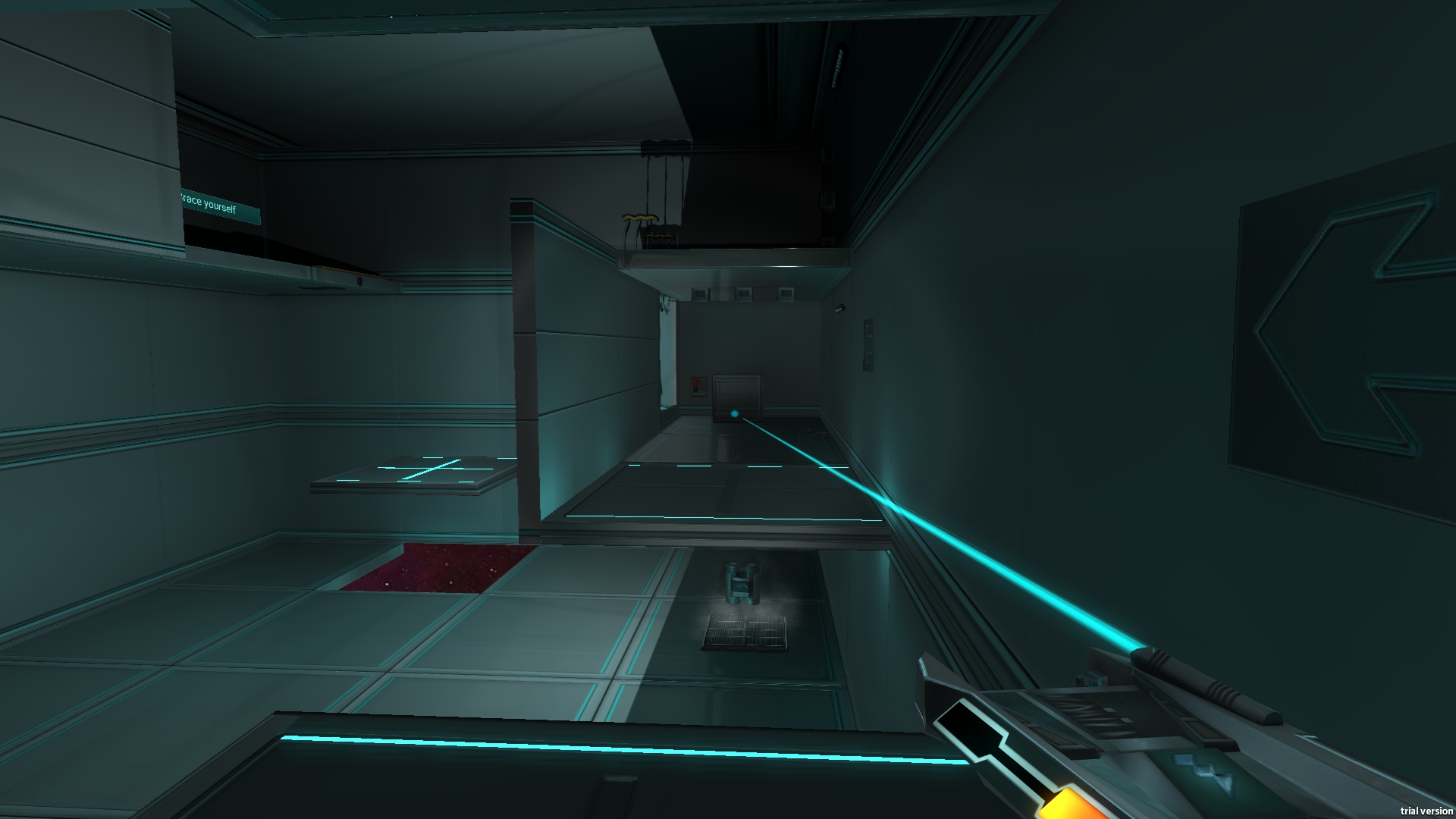 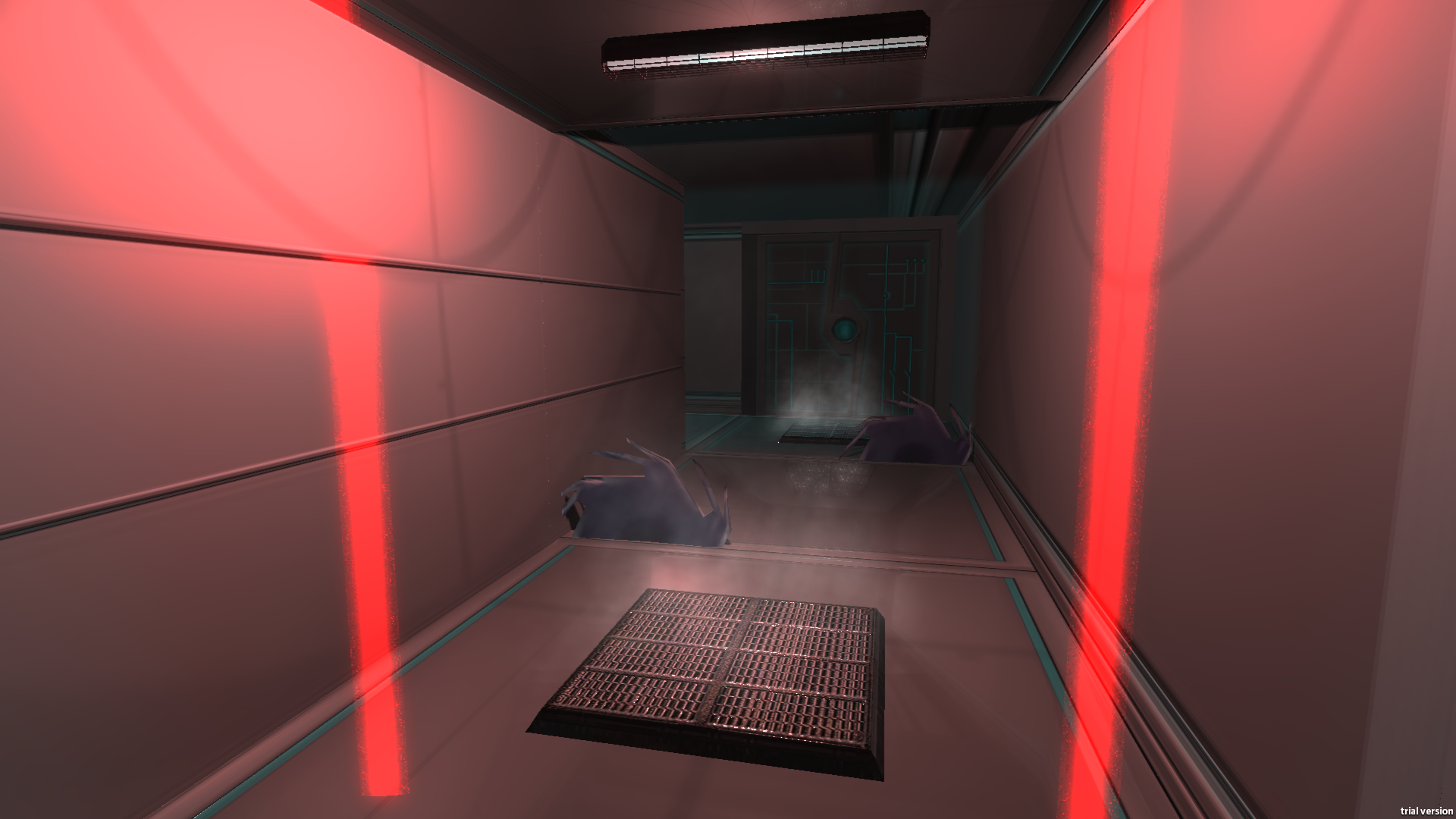 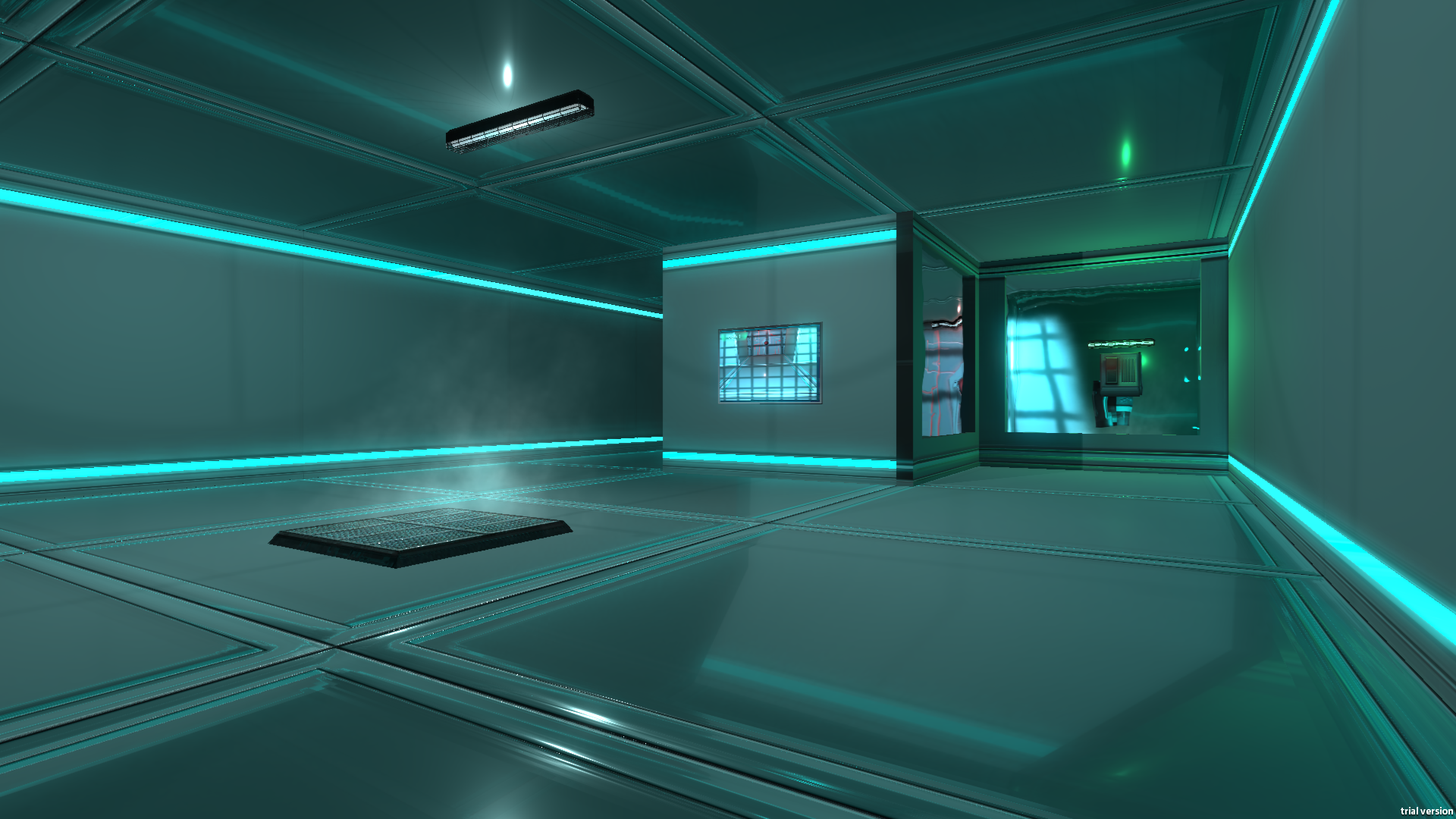 We have added a few new rooms and challenges these past few weeks. They focus mainly on using the Jetpack and avoiding trap-enabling cameras. 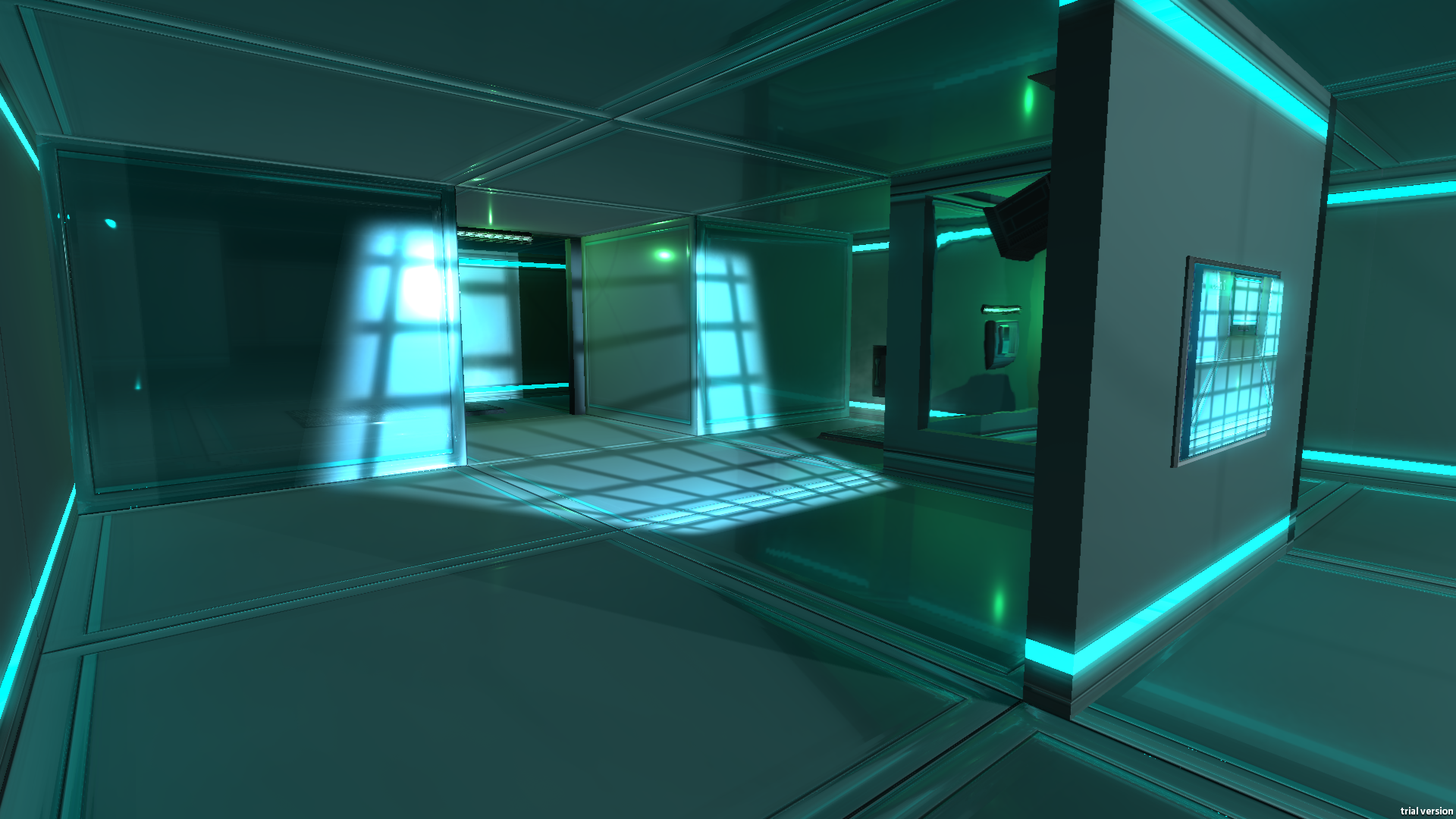 Cameras can usually be disabled for a few seconds using your taser-gun. However, some of them might be equipped with a force field, making your beloved taser-gun useless against them! 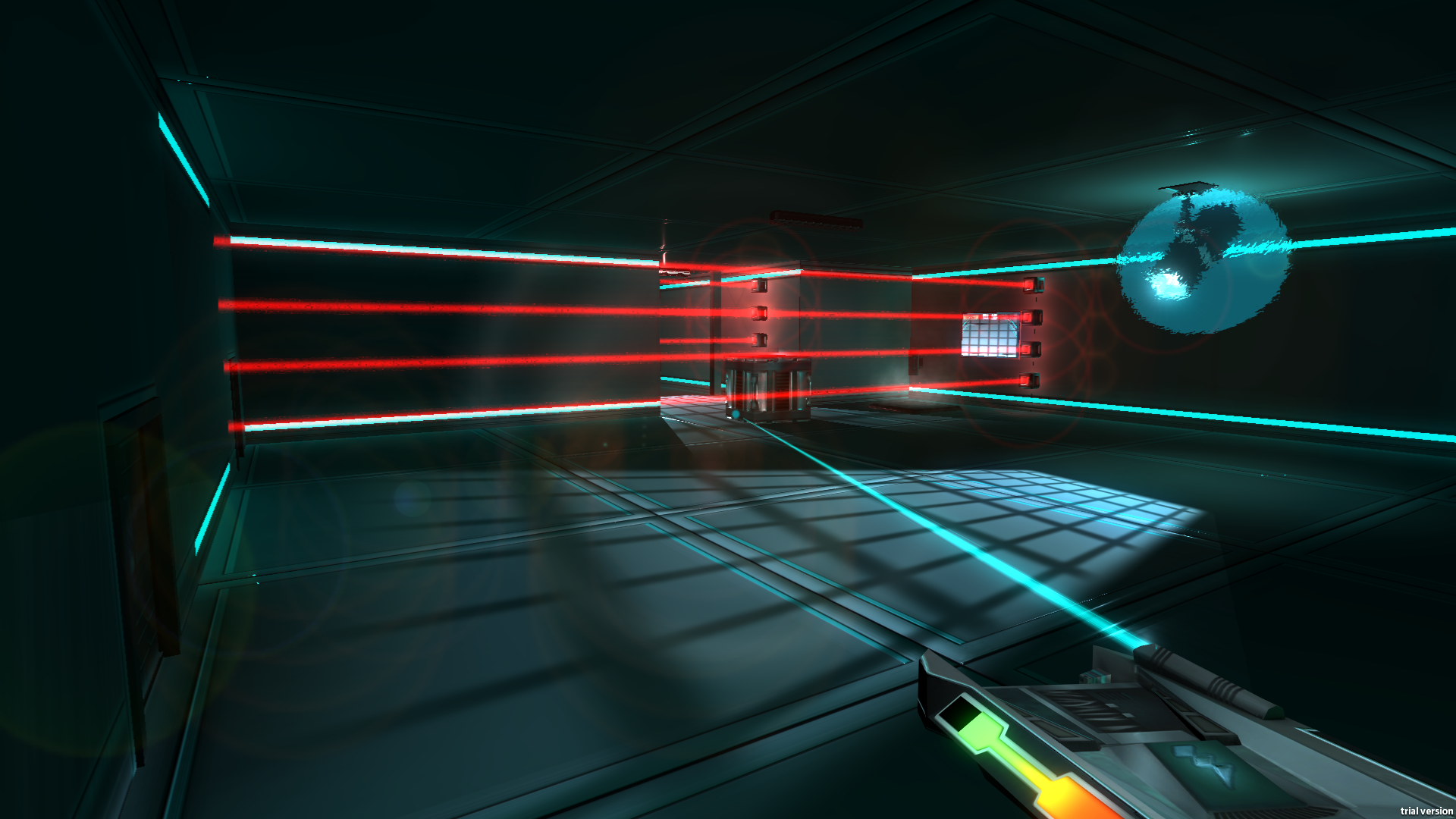 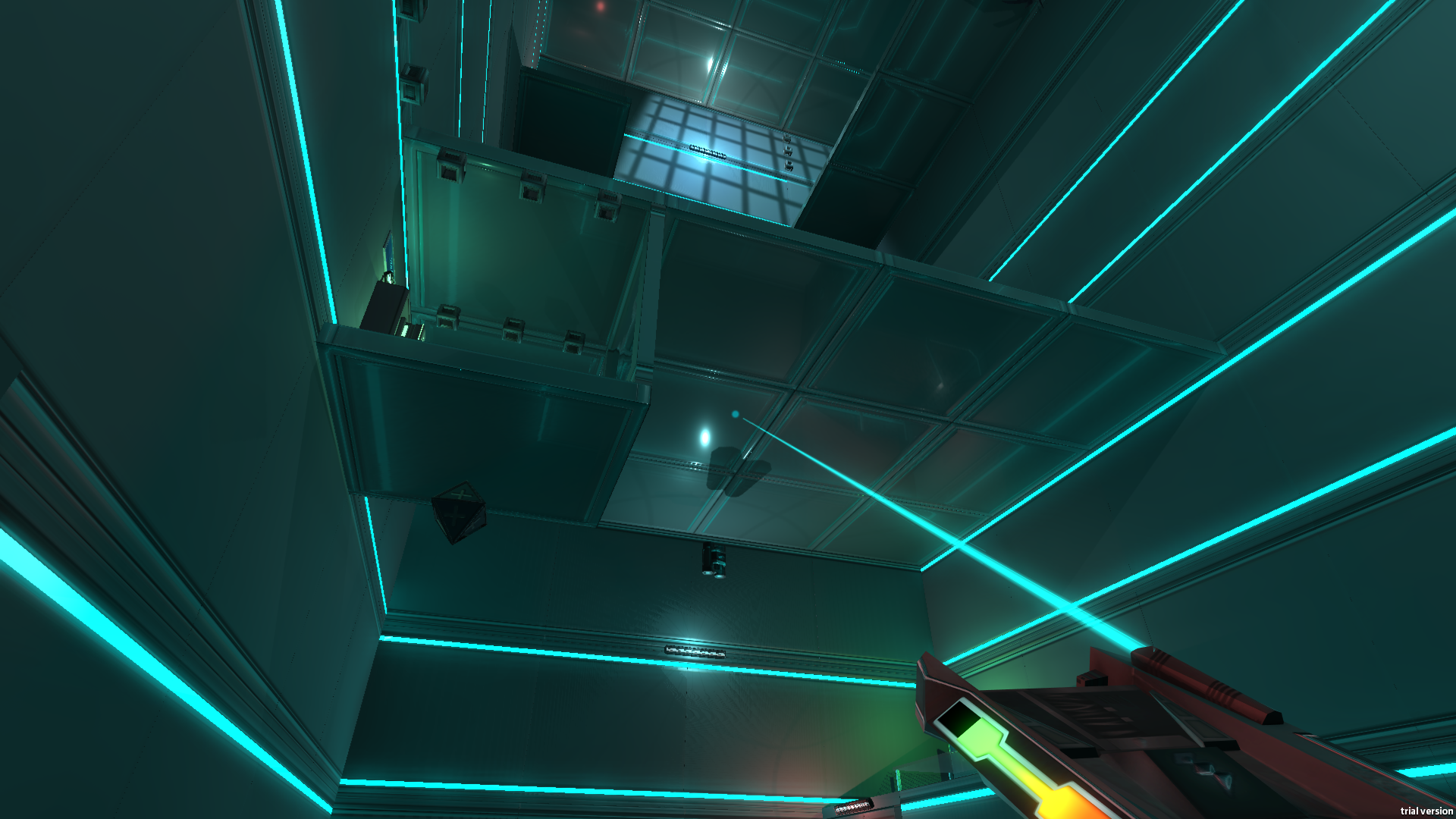 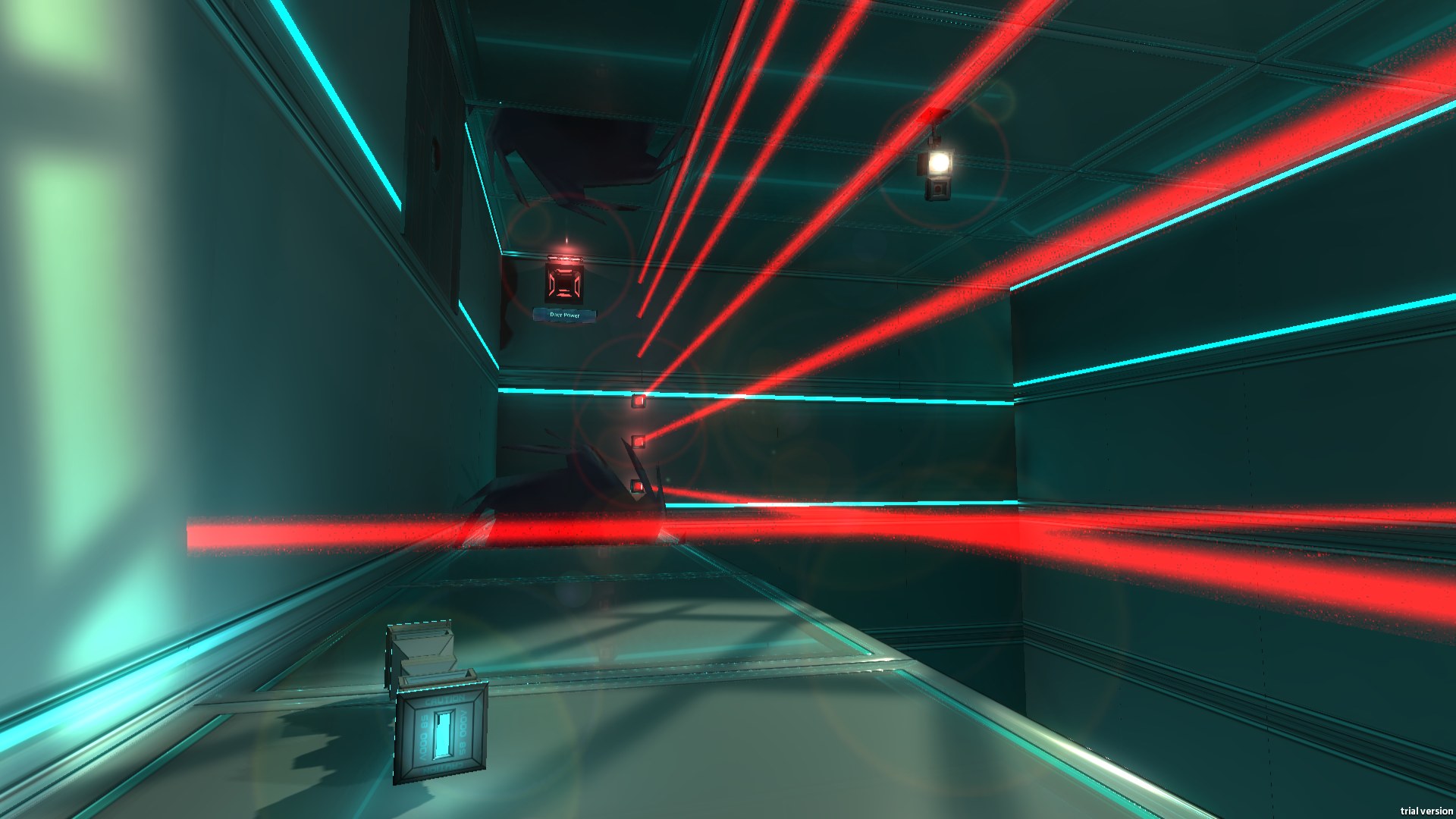 We are adding the Room Control feature, which allows the player to control certain security modules of the room! 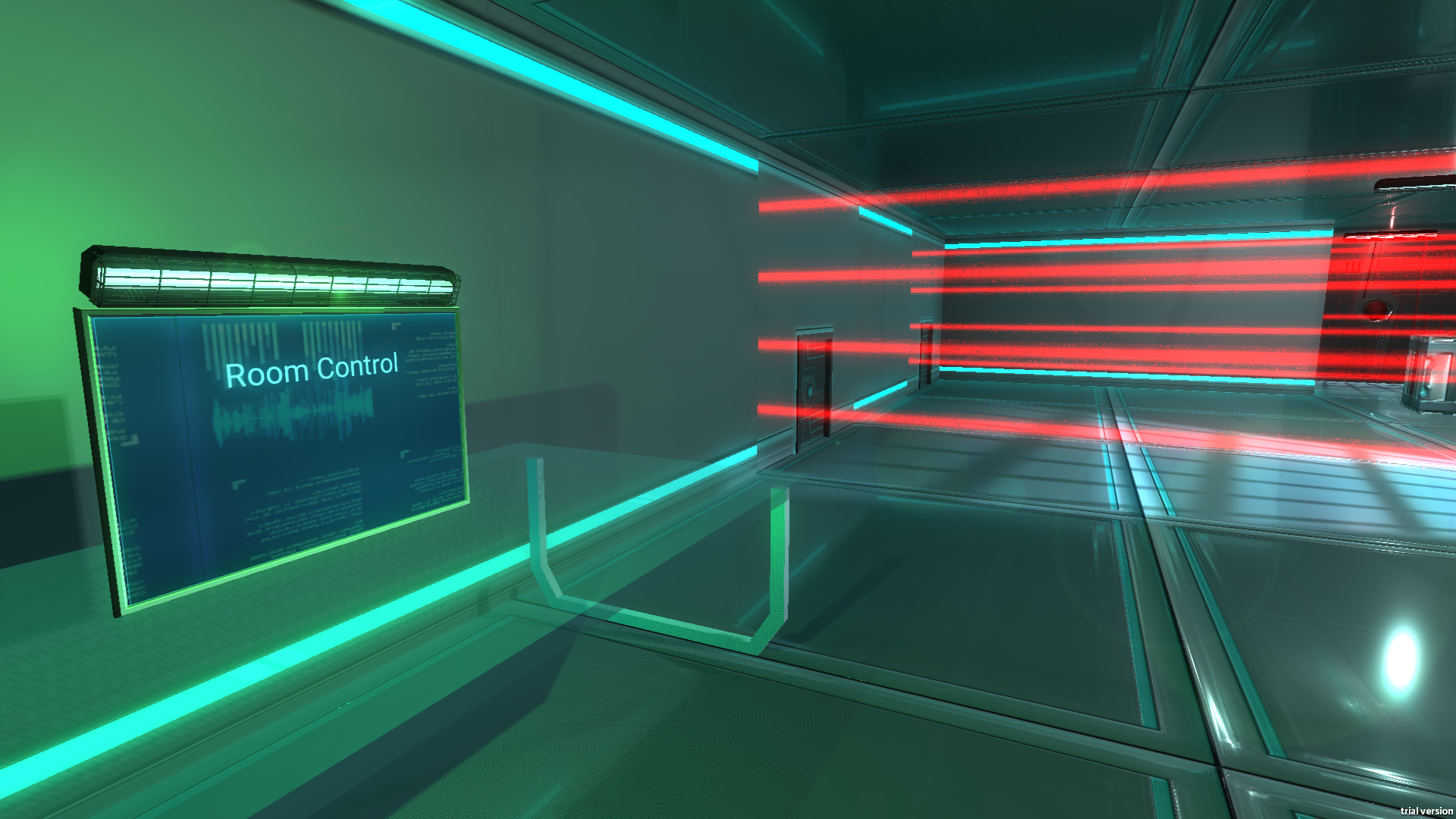 A map of the current room is displayed. You can use it to enable or disable security modules to help get past challenges that are apparently impossible.

If you feel like it - or you're afraid of the dark - you can also switch on the lights ;) 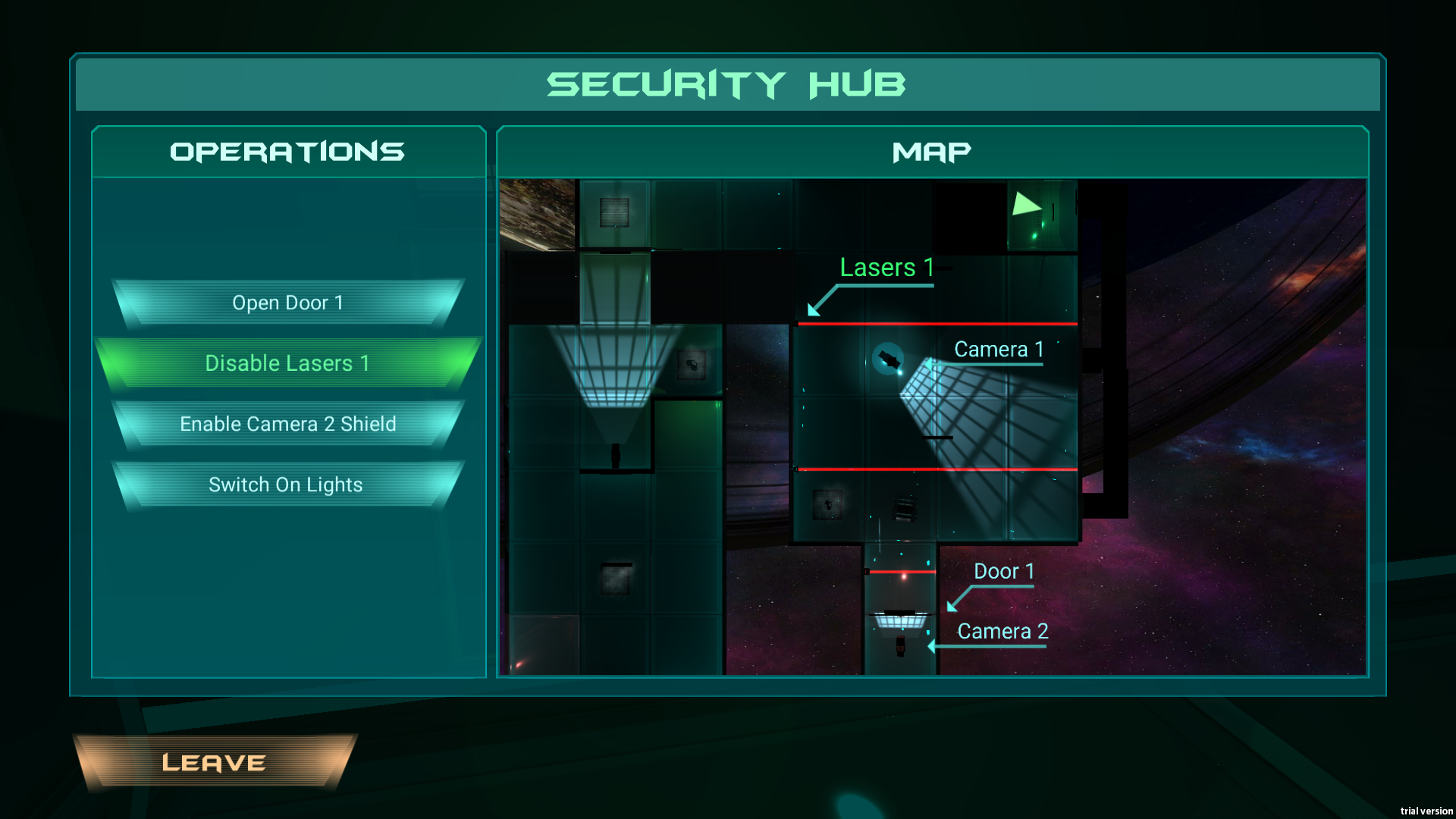 In the previous development news, we talked about cameras. These cameras will set deadly traps once if they detect you.

Beware! You will now also encounter laser-equipped cameras, and these will try to kill you on sight! 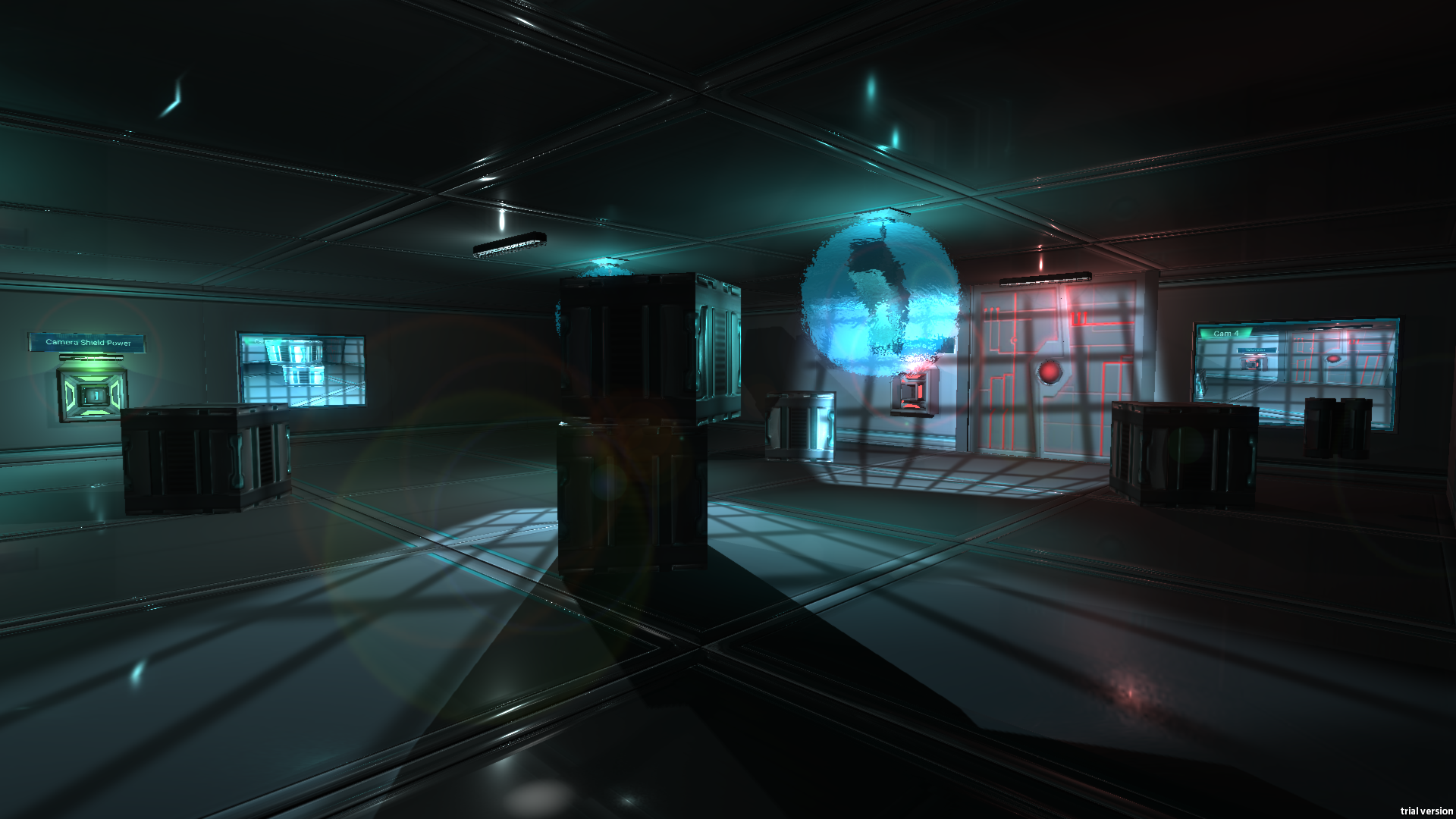 If you move quickly and swiftly, you might successfully avoid the camera's laser projectiles and get to cover behind a crate. Or not... 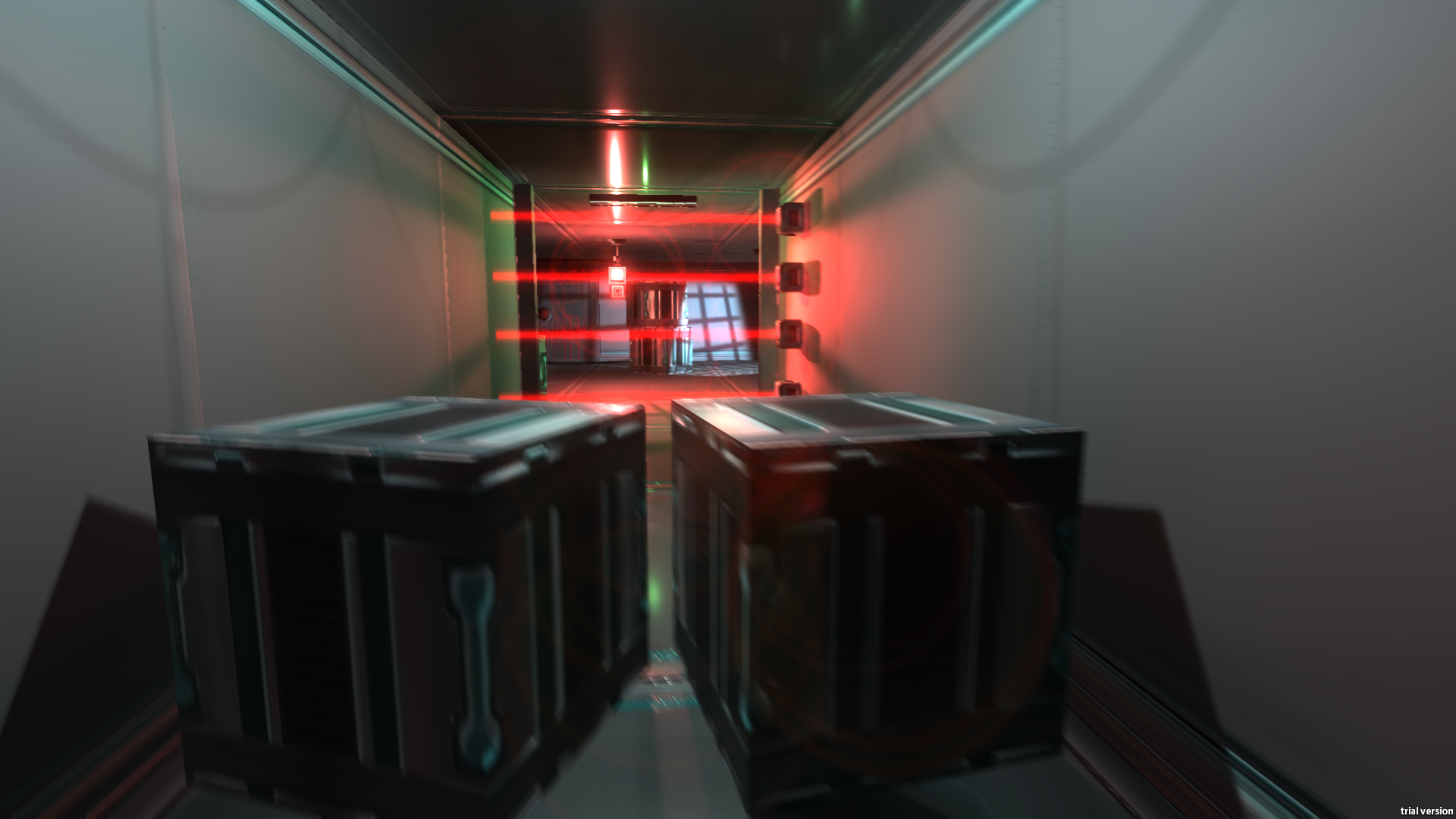 That's if for the development update! We hope you liked this post and screenshots, we'll keep you posted about Chapter 3 within the next two months. You can expect a new development update when we release the press test builds around the end of July or beginning of August, hopefully ;)