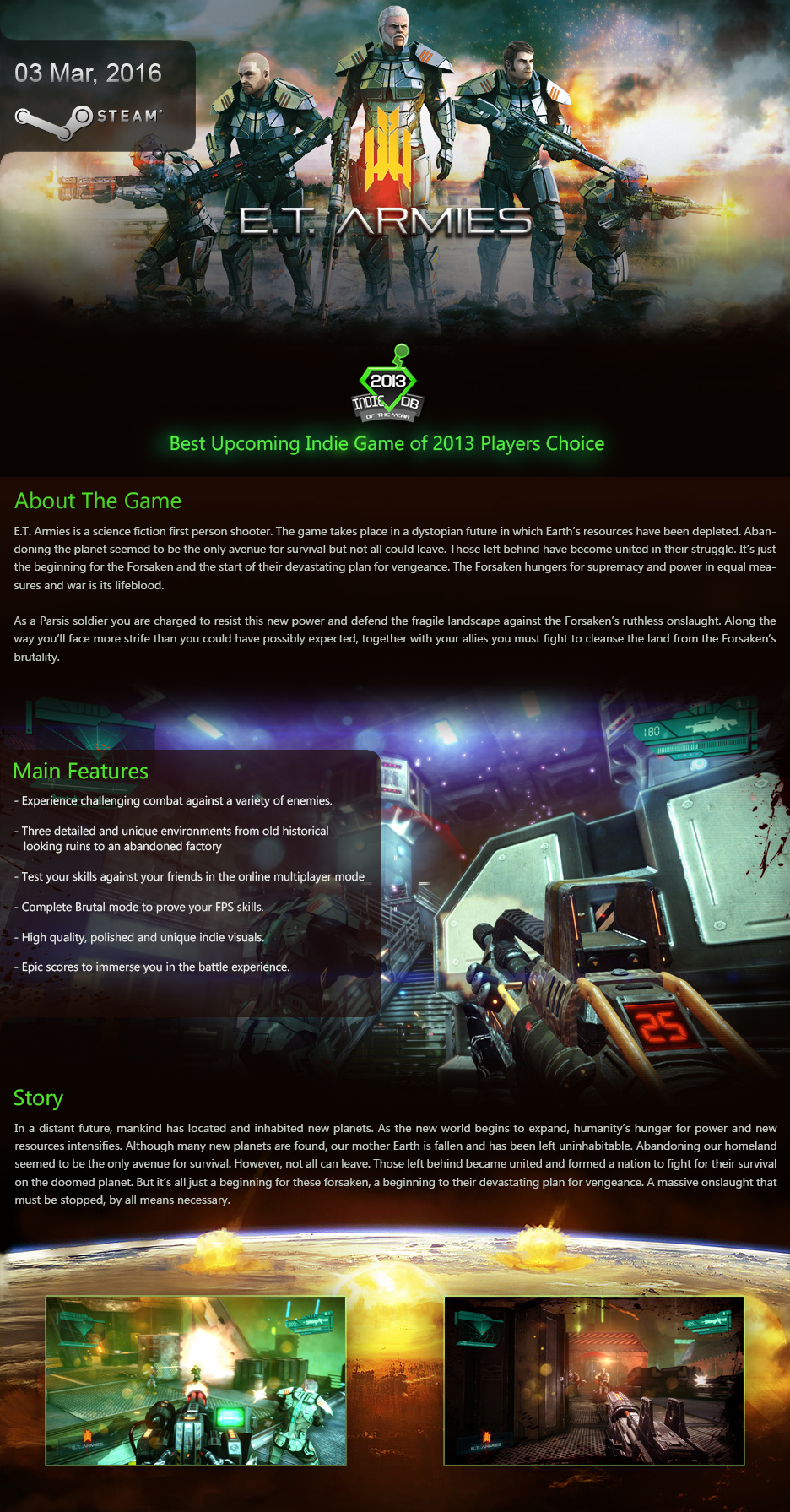 E.T. Armies has been launched

E.T. Armies is out now! You can now join the action in the official multiplayer servers, or you can create your own private match for just you and up to 15 friends for a total 16 concurrent players per match. With Deathmatch, Team Deathmatch and Capture the Flag game modes, there is something for everyone. Check out our announcement covering the multiplayer mode for more in-depth details.

Looking forward to seeing you all in the game ^^

a lot of you have expressed interest in the narrative and single player campaign, so we have put together this announcement for you to sink your teeth...

As we approach release for E.T. Armies, we will be looking for Steam users to help test the game for public beta.

Choosing the right weapon is sometimes vital. Depending on the team’s strategy and your own preference and skills, it’s essential to practise with...

Following the great response we received for multiplayer mode for E.T. Armies, it has officially been added! As a huge thanks for the support from the...

Hey, will you be needing music for this game?

The development is completely over and all the sound tracks are done. thank you m8

Why did this take so long to get to steam

We went for local publishing deal before international release. and it took us a while to prepare the game for English users, work on multiplayer section and Polish the game a bit more.