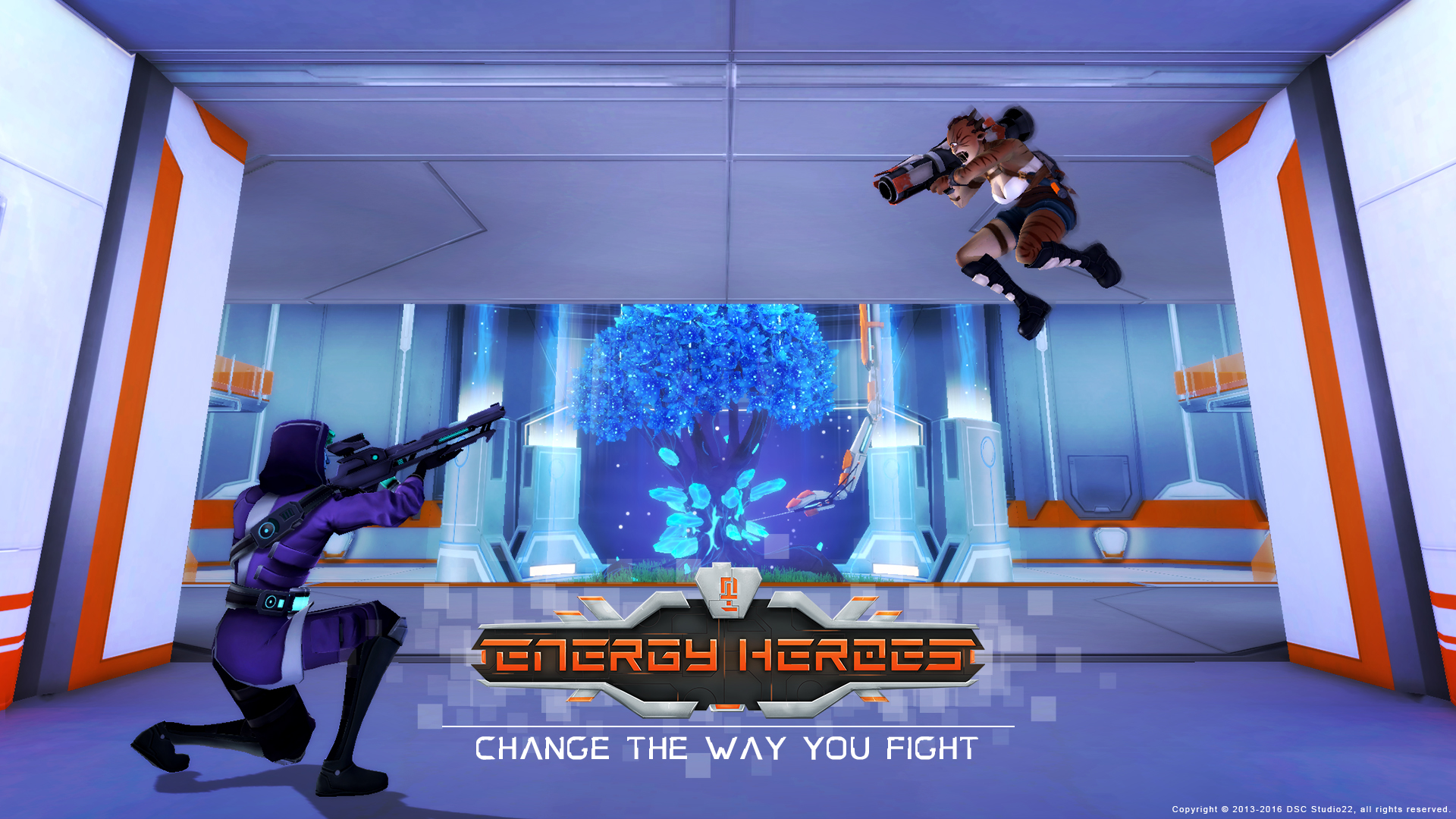 Join the SCD as a new recruit, and take part in the fighting!

Energy Heroes is a team Vs team Third Person Shooter featuring MOBA rules. Players play unique mercenaries, each with its own set of weapons and skills. Their goal is to destroy their enemies’ base, in order to take control of planet Syrh.

Story Somewhere in a far off universe, two civilizations vie for a resource called “Energium”, sparking wars throughout the galaxy. The SCD, a private military company created to regulate and settle those conflicts, is recruiting in order to intervene on a new theater.

If you like Energy Heroes, don’t hesitate to share it to your friends and to follow us on social networks! The more of you that support us, the faster the beta version of the game will come out and be playable.

Support Energy Heroes and “Change the way you fight!” with us.

Thanks for voting and helping Energy Heroes on it's quest to become the 2021 Indie of the Year. You are now in with a chance to score some free games. Help this game secure more votes by embedding the widget (or link) we have included below on your favorite sites.

Created for the PC platform, Energy heroes is set in a distant future, featuring a rich science-fiction world where players can choose from 10 different characters belonging to three different species classi cations with each their own unique set of skills and weapons. The environment sprinkled with a mix of style elements from the comic books and futuristic movies universe delivers contrasted colors and rst-class graphics.

Beware the repainting! The whole Energy Heroes’ team welcome you aboard its new community website.

The alpha is still going on, however the Energy Heroes servers opening hours have changed. From now on (August 6th 2015), servers will be open every night...

The closed alpha is now available! Change the way you fight with us!