Warning: This game contains scenes that will scare you

Dungeon Nightmares has been called the SCARIEST game on iOS by beta testing players.

Every night you go to bed, you find yourself in an endless nightmare that you must escape from.

The dungeon is littered with items for you to collect, including Candles that help light up your path. But be warned, you will not be alone in there.

You must survive each night and progress to another to find more clues about this nightmare.

What do these nightmares mean? Who is that girl? this is something for you to find out...

What the players say (Thanks TouchArcade Community!):
“My gosh this game is brilliant. Way better than any Slender will ever be”
“It's the scariest game I've played on ios. Very well done indeed”
“That was genuinely pretty scary”
“The game was actually pretty scary in a way as yes I have to admit it, I turned the volume down”
“I must say this is good, really good”
“Yes the game is scary, because of the different sounds and because its dark, very dark and it feels very oppressive”
“Those skeletons are creepy as hell”
“made me jump a couple times which is rare for a mobile game”
“I have to say you've done a really good job on the scare factor of this game”
“Holy guacamole! I had to spot playing this”
“I just tried to play one more time and I heard a door open across the room and exited out before that darn scream!”
“I love it when I blow out my candle and the ghost is standing there so creepy”
“I literally might have to stop beta testing this game because it is so flippin scary”
“it is the scariest game I've played so far on ios”
“It's just too much. I think right now it's fear of the unknown”
“the reason this game is so creepy is because you've done a great job on the audio”
“I have just played for a while, and it is very good game, it remembers me to amnesia”
“I opened a door and found something. Definitely a figure more corporeal than the ghosts and spirits I've encountered so far and I just smashed the Home button so congrats on that”

Welcome to the Challenge Chamber 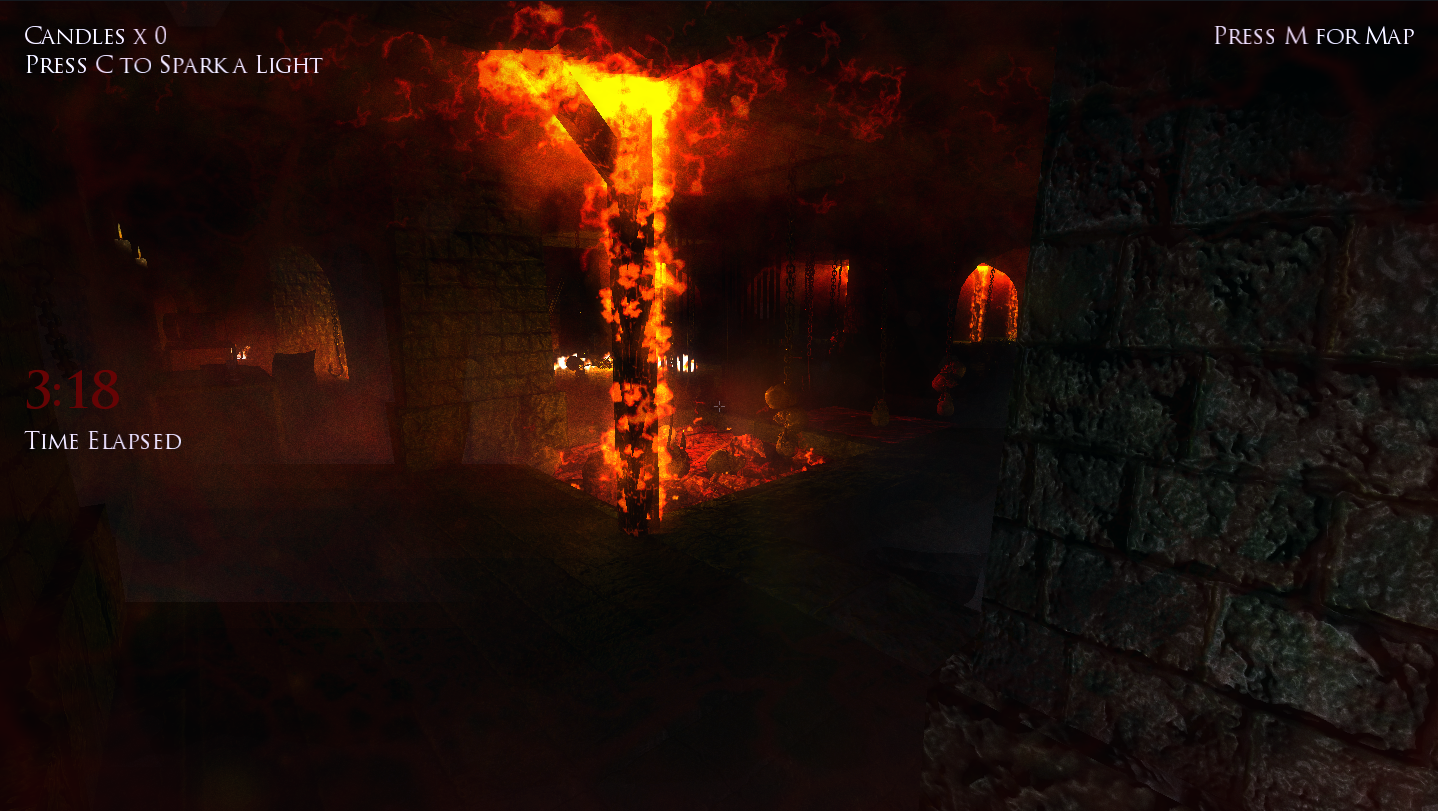 Early Look at "The Tortured Soul"

Just last week, Unity 5 was released with a bunch of new features that I could use for free! As I still use the free version of Unity, this has been a...

The Traps of Dungeon Nightmares II

I have been working on several new features that I wanted to share. These will feature in the final version of the game and will probably be part of the...

It's a fantastic game with well thought out and scary jumpscares. I played it on youtube if you want to check it out! Youtube.com

I love this game. You did an AMAZING job! :D

I have made gameplay, check please and if you like please leave a like and a subscrice, will be highly appreciated. Thank you Youtube.com

One of the scariest games i ever played! Only survived the first night,here is the video:

I made a gameplay video of this : Youtu.be

This game's atmosphere is top notch, and that painting is made of pure nightmare juice. Very well-made and is legit scary. Pt. 1 of my gameplay Youtube.com

....NOT JOKING PROBABLY ONE OF THE MOST TERRIYING GAMES I HAVE EVER PLAYED!!


Well Done to the developers on this one, However I will not be able to finish it (Cause it's to damn scary for me!)

A Shadow From Beyond Roguelike