DRONES is a team-based game that involves droids attacking each other for flag captures, very fast paced game that includes many tools to defeating your enemy; things like energy boosts, weaponry and shields are some things that you can use in the arenas.

Catching up to Development

This article is mainly going to cover EVERYTHING from the beginning of development until now. Most information is going to be taken from our earlier Wordpress blogs so there might be some parts where the features are older than now.

Please note that this is all work in progress, anything is subject to change/be improved. Also note that some of the logos are represented as "DROIDS", the name of the game recently changed to DRONES.

The Beginning of DRONES

Hello everyone and welcome to our first blog post!

Since we’ve never released any information on DRONES, I thought it would be great to show you guys what we’ve been working on.

On the day of posting this blog, we have been working on DRONES for around 42 days, so there’s quite a bit to show; even some screenshots! Now, please take in mind that this is a work in progress, so a lot of things are subject to change.

Now let’s go through what DRONES is,

“DRONES is a team-based game that involves droids attacking each other for flag captures, very fast paced game that includes many tools to defeating your enemy; things like energy boosts, weaponry and shields are some things that you can use in the arenas.”

DRONES mainly focuses on a Capture the Flag game-mode, however we will be adding more game-modes in the future. The Classic CTF (Capture the Flag) game-mode consists of a defending team and an attacking team. The defending team defends their flag and the attacking team tries to capture their flag to bring it back to base, when they do that, they gain a point. However, if the defenders kill the attackers and eliminates their lives, the sides switch (defenders become attackers and vice versa). Pretty simple, right? But wait, there’s more! 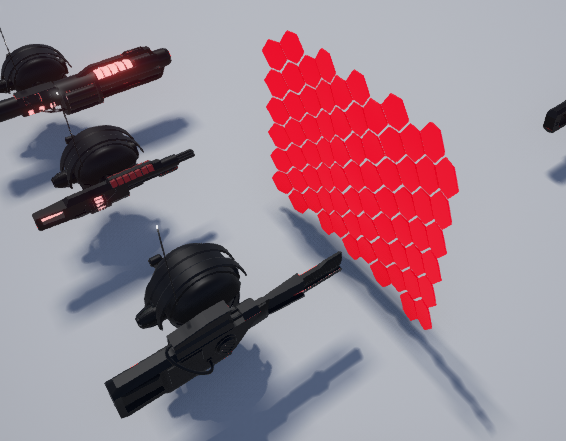 The DRONES can defend themselves using their Hex-Shields, something that is implanted into their systems; not the best tool since it does overheat and can break from projectiles, but it does its job in protecting the Drone for a period of time in combat.

Now that you know a lot about our classic CTF, let’s talk about some fancy stuff; the main menu! 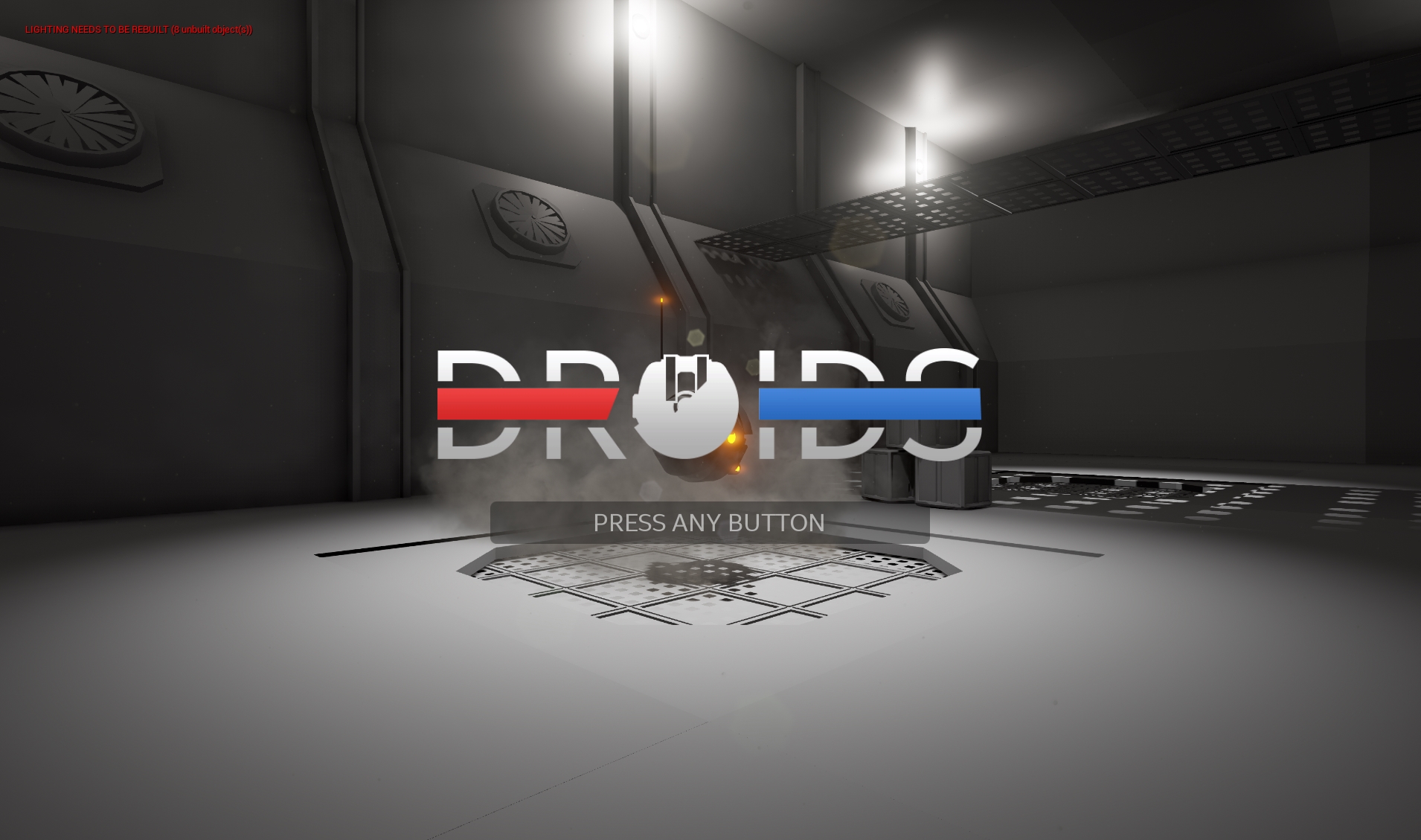 The main menu is in a 3D environment, which is a Drone hangar; we’ll soon upload a video of the main menu in live action, the fans spinning and the smoke rising from the vents is something that everyone should see.

In the main menu, the player will be able to change their game settings, customize their drone, get into a lobby/play the game, and see the news on the main page. A lot of great things; customization will most likely come a lot farther into development, but it’s best to tell you guys now so you can be ready for it.

Well, that’s most of what we can show for today’s blog, in the next blog we’ll go through our HUD, UI, and maybe firing the weapons! See you in the next one!

DRONES is Where It's At

So last week you got a small peek at DRONES, what it’s about and some of the looks that define the game. This week, we have actual images to give you some feel on the amazing development being done by the Covert Games team.

The blog last week ended with a wordy description on what the main menu included and how it’s something that everyone should get to see.

Firstly, this is a look at the lobby where players get ready to join in on a game. Some features of the lobby includes choosing the game mode and map, chatting with others in the lobby, and changing various options to make the game play better.

There are public and private lobbies where people get ready for their game.

The private lobby is an option where players will be able to invite their friends to their lobby so they can join a server together. As a team, they can choose the game mode at the bottom. This is helpful so a player doesn’t have to deal with anyone they may not like.

Next let’s look at some of the 3D development of objects for the maps.

Earlier this week, David, the head of the DRONES project did quite a bit of 3D modeling. As you can see, most of what he did are basic items that can be reused for all of the maps. Without texturing any of the items, it took him approximately 5 hours to create all of these items.

If you want more of an inside look on how he 3D models, David usually live-streams while working.

Check it out here!

If you want alerts on when David will be doing this, keep watch on our Twitter and Facebook pages!

Lastly, let’s take a look at some of the weapons that have been created early on.

NOTE: The weapons are not finished in design, they still are a work in progress.

All of the weapons can be customized in terms of glow and color; dependent on which team you are on, you can change the tint of the blue or red in the player customization screen. The sniper rifle is a very powerful weapon, allowing for a charge-up to get an insta-kill on the enemy. The shotgun shoots multiple shots at once (hence the multiple amount of barrels at the front), which allows for powerful close quarters combat. The rocket launcher is perfect for demolishing Hex-Shields, it can also destruct some objects in the world. The machine gun is an all use weapon that is fully-automatic.

Check out more of the older blogposts from our Wordpress blog; the newest articles/blogposts will be posted here soon!