Creatures of Yuhu is a trading card game inspired by the fantasy universe of cartoons and comic books. In this game you'll have to conjure fantasy and sci-fi creatures to duel an opponent. Your main objective is to defeat your opponent by inflicting damage and reducing his health to 0, while strategically placing your cards on the board. Creatures of Yuhu’s main mechanics are attacking and defending. When it comes down to the concept, the game was inspired by Hearthstone, Magic: The Gathering, Legends of Runeterra and Plants vs Zombies: Heroes. The main mechanics derive into verbs that define four card categories, Cosmic, Science, Ghost and Guardian, all of which can be used by both players to strategically build their decks . Creatures of Yuhu appears as a strategy trading card game that empowers the player by placing them as the most important character of the game, promoting social and competitive dynamics.

Hi there! Here we are for another update on Creatures of Yuhu! After giving you a hint of what’s going on in the art department, this time we will be showing you some of our process in level design and programming, as we are developing and testing our game mechanics.

Even though the overall UI/UX is still in its baby stages and will suffer major upgrades both in structure and art style, we sketched and made a quick mockup for the UI which we will be using to test some features necessary to the gameplay. 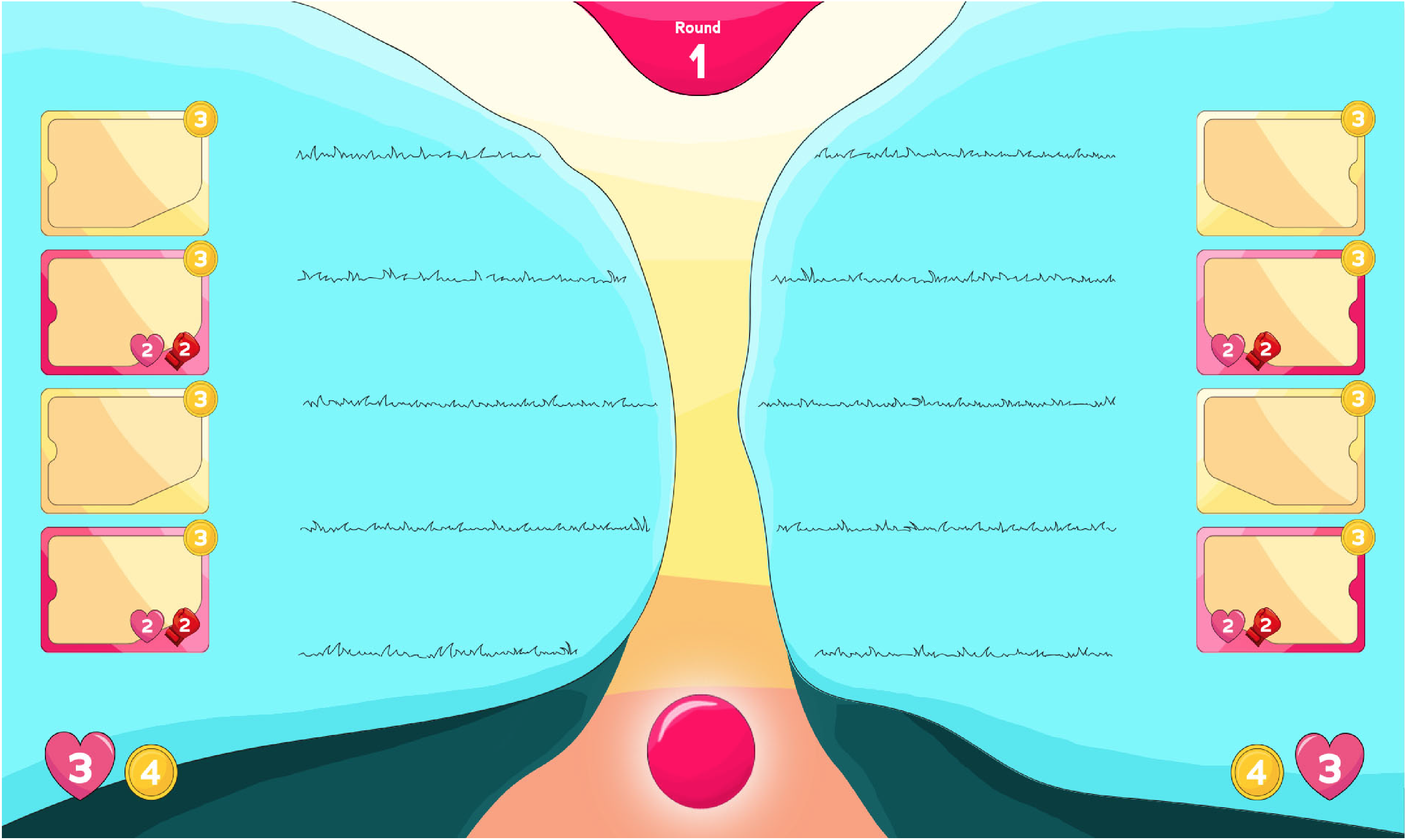 Creatures of Yuhu features two types of cards: creatures and tricks. Creatures have a health and damage value, they are placed in lanes, attack every round and die once their health takes damage until it reaches 0. Tricks have an instant effect when played; they may affect the player, the opponent or both. 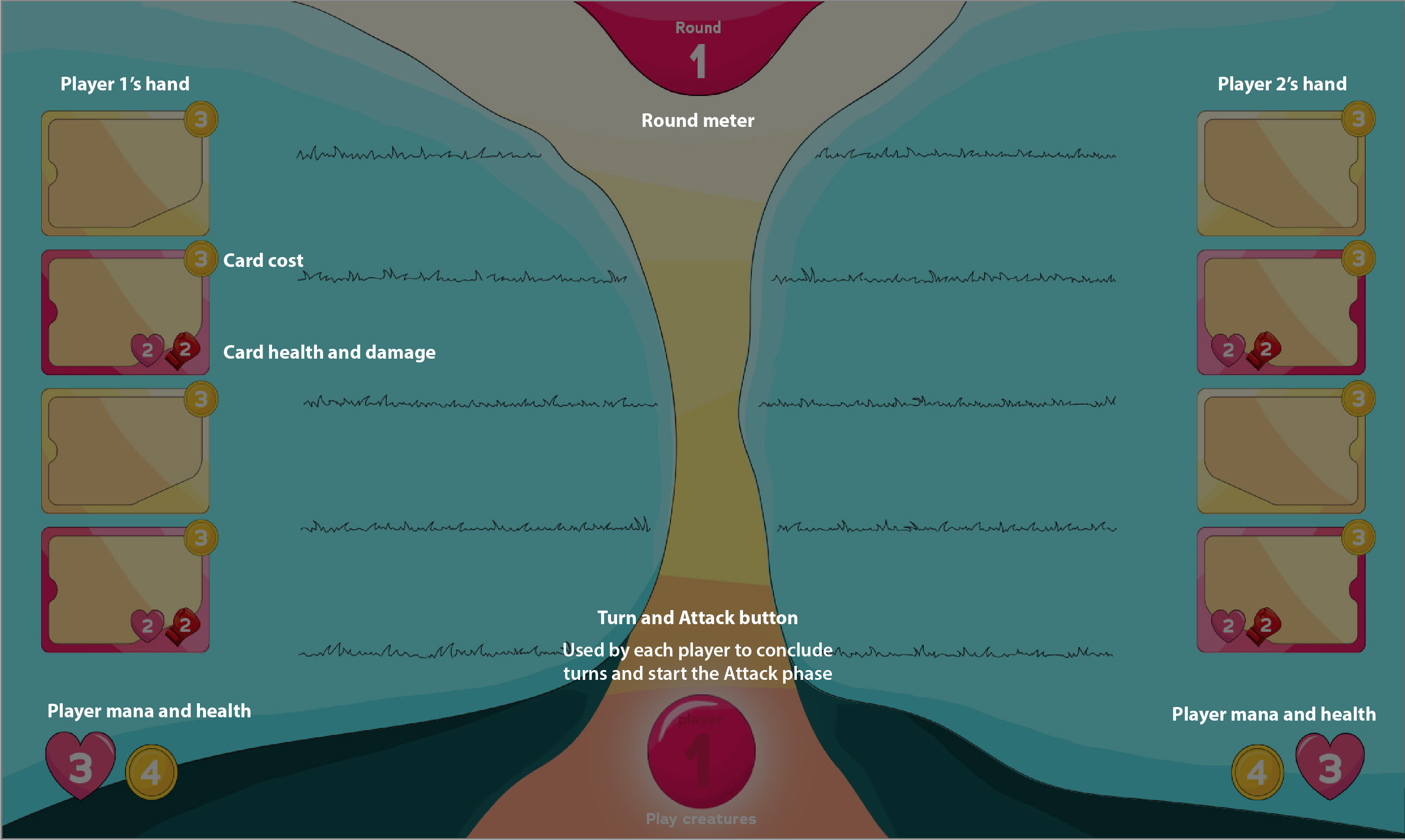 Here's a quick explanation of the gameplay, which happens in turns: 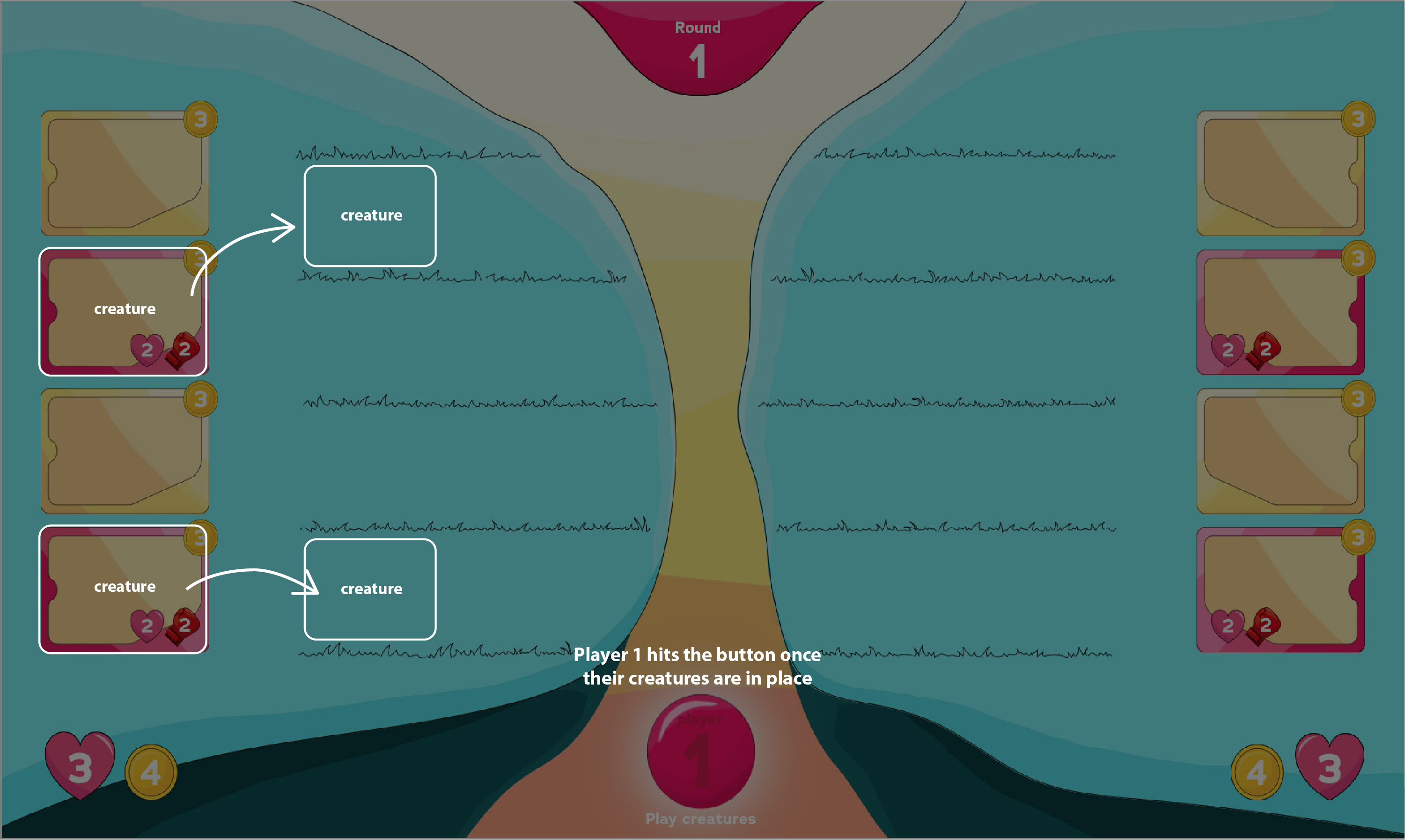 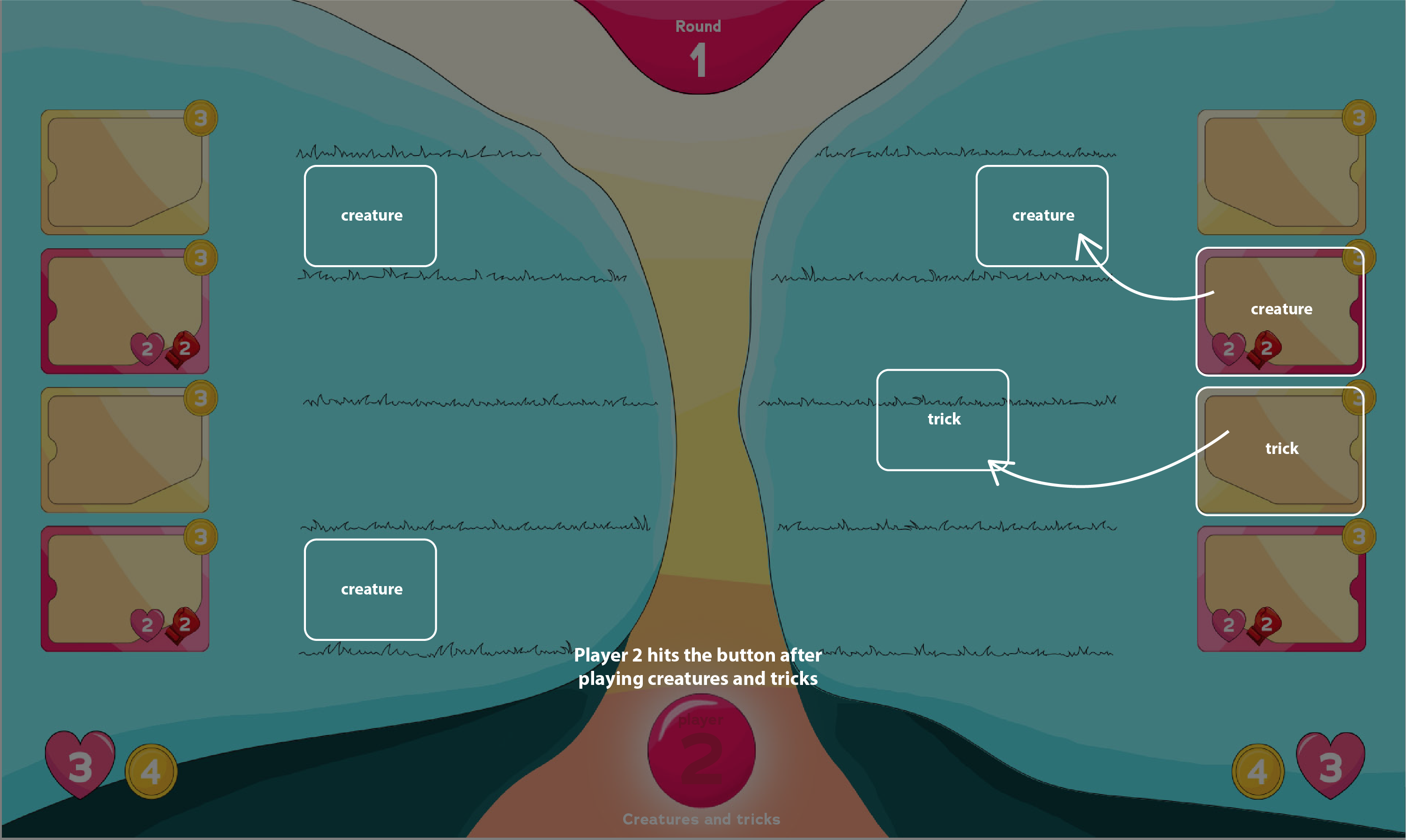 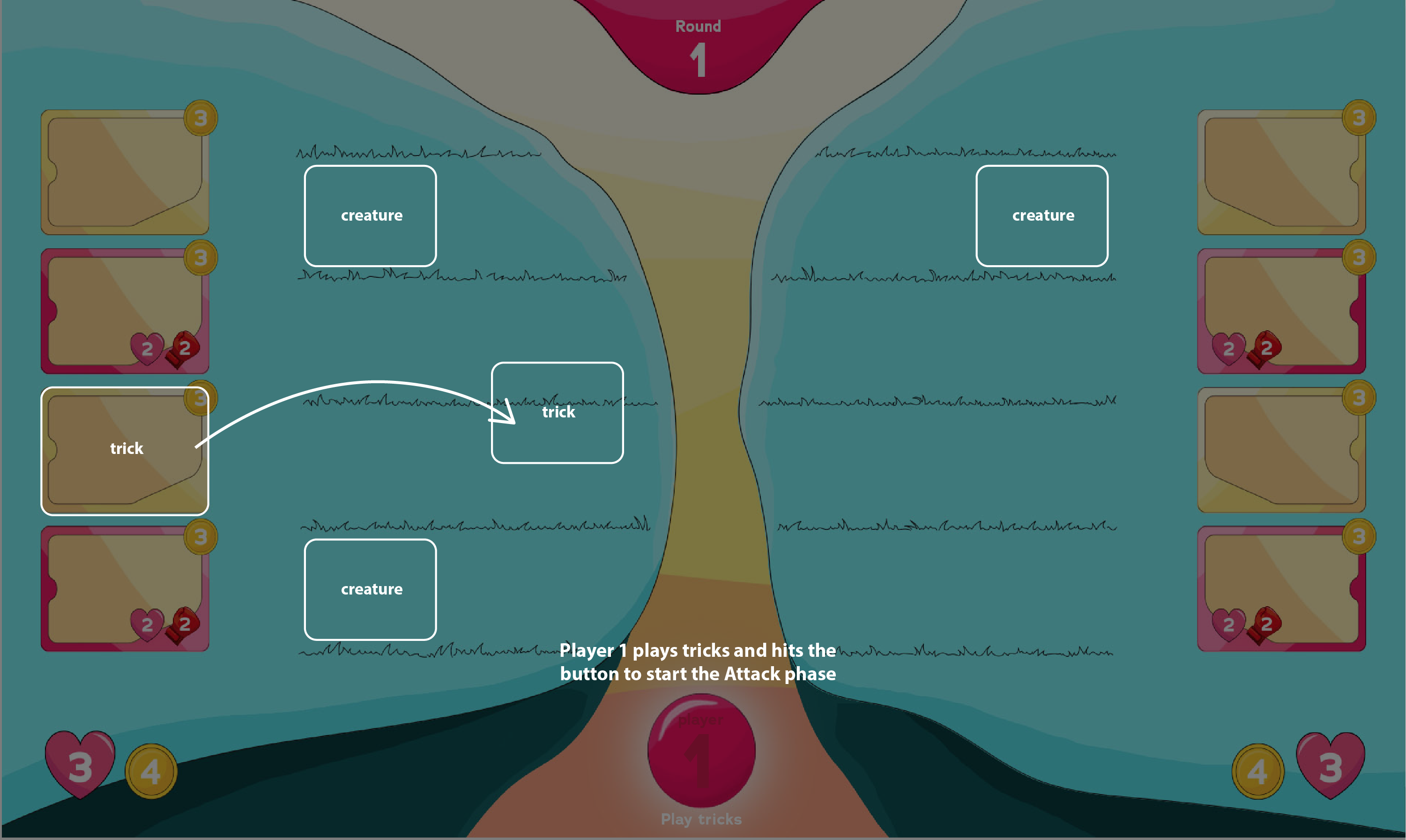 Once the Attack phase is triggered, facing creatures damage each other while creatures in lanes without opponents damage the adversary player. 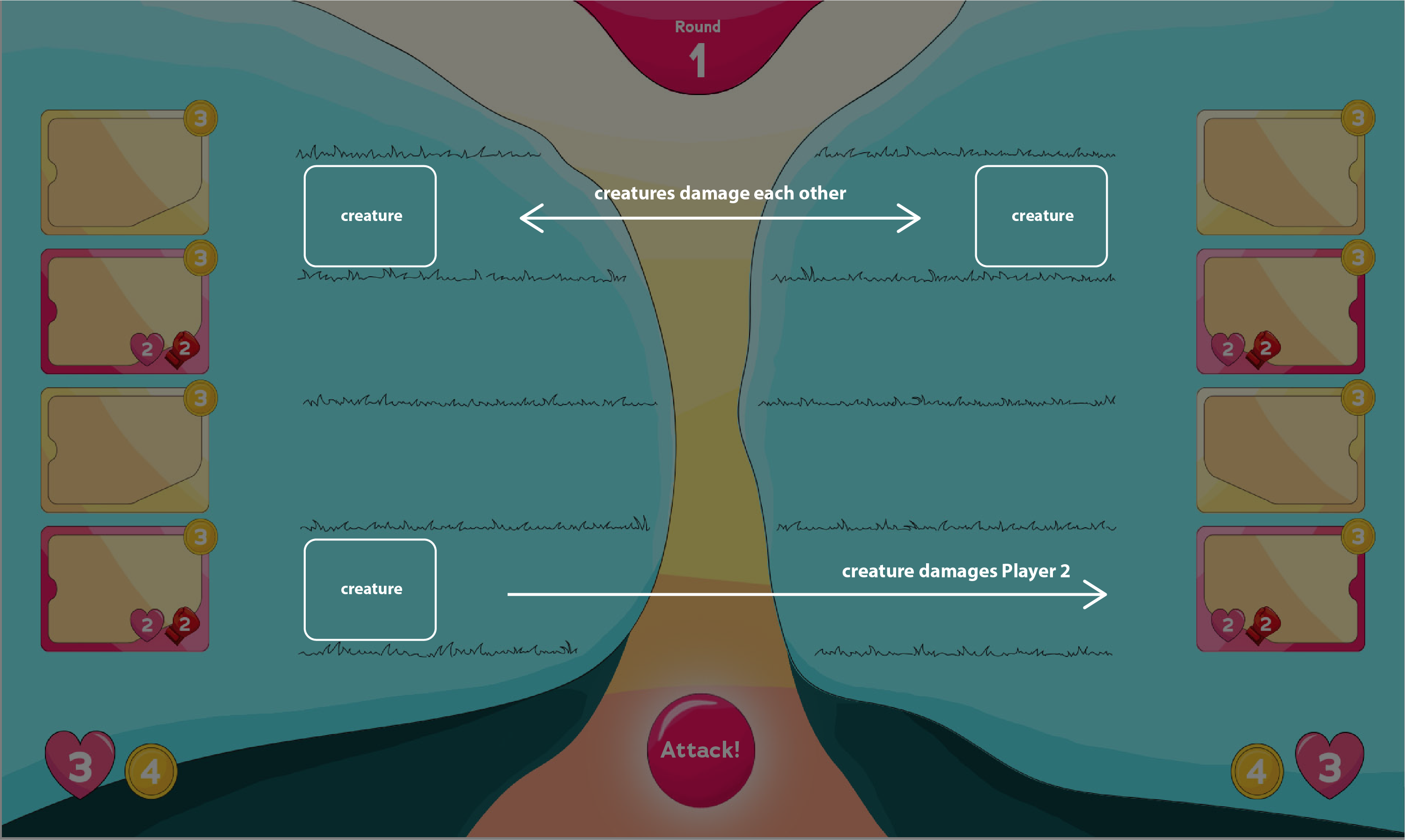 That's all for today!

We hope you are enjoying Creatures of Yuhu as much as we are. Follow us on Instagram and on Twitter and stay tuned for more updates!

Greetings! It's time for a new Creatures of Yuhu update! Are you ready? This small update will talk about some art directions to assert the mood of the...

Xantus Games Is Here To Stay!

Hello everybody! We're Xantus Games, a Portuguese team composed of 3 game development students, and we are proud to give you a sneak peek on our team's...

Indie
Tags
Embed Buttons
Link to Creatures Of Yuhu by selecting a button and using the embed code provided more...

Thea 2: The Shattering Turn Based Strategy