Blood Sweat Gold is a turn based strategy RPG where you take command of a band of sellswords and lead them through the harsh Threcian Crossroads. Inspired by great games like Mount and Blade and XCOM.

I’m really proud of the terrain in BSG. The environment is based on the beautiful rolling hills of the Irish and Scottish grasslands. There was something about those hills, fog, and stone that are just magic. 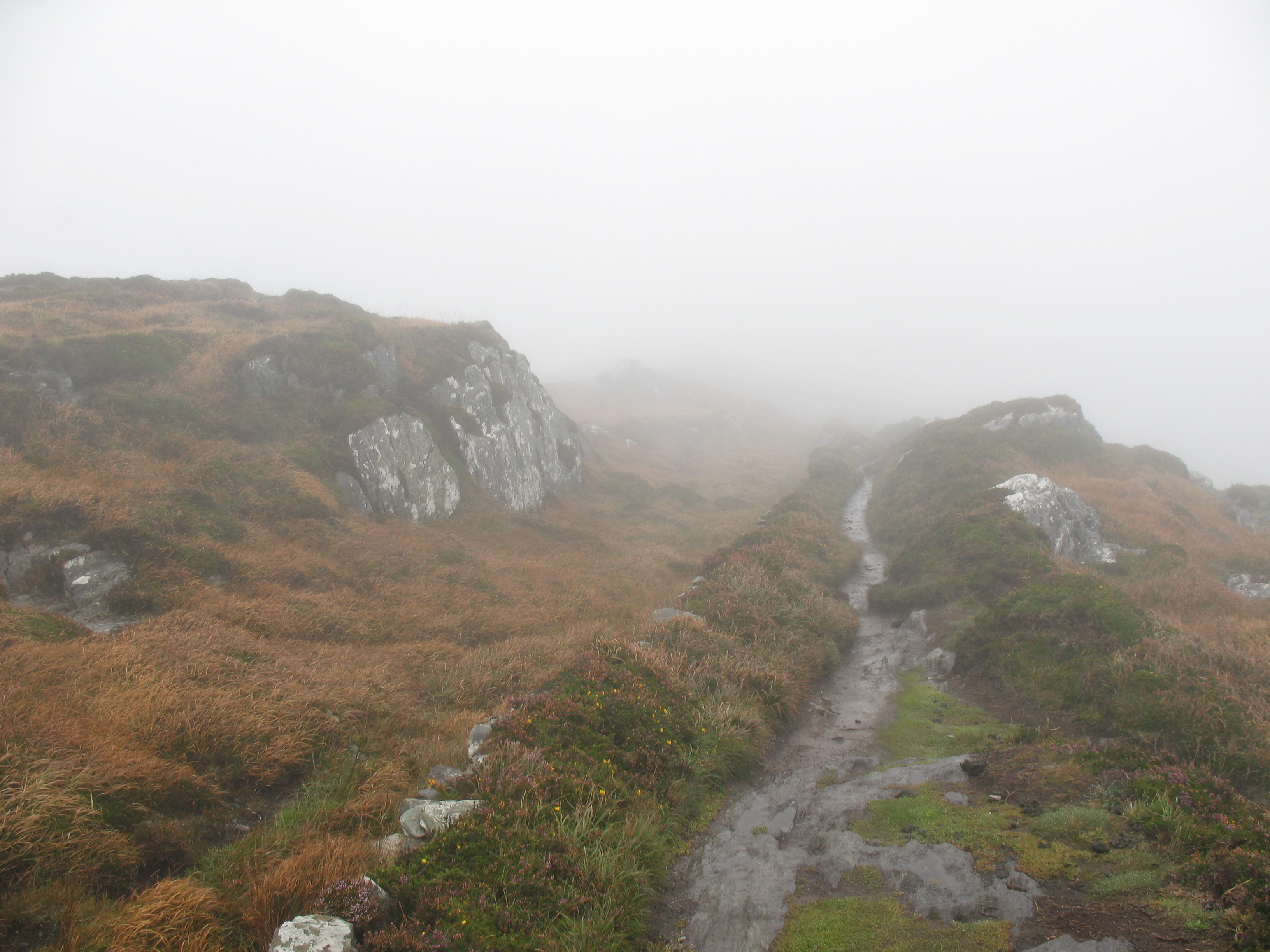 This picture was a major inspiration. I went back to it over and over.

This environment is unusual, especially in a turn based game. The smooth rolling hills create a lot of uneven ground, and the ridges make for sharp mini cliffs. This picture with the fog wasn’t just a nice shot. It had a mood to it. I wanted to capture that melancholy, bittersweet feeling. 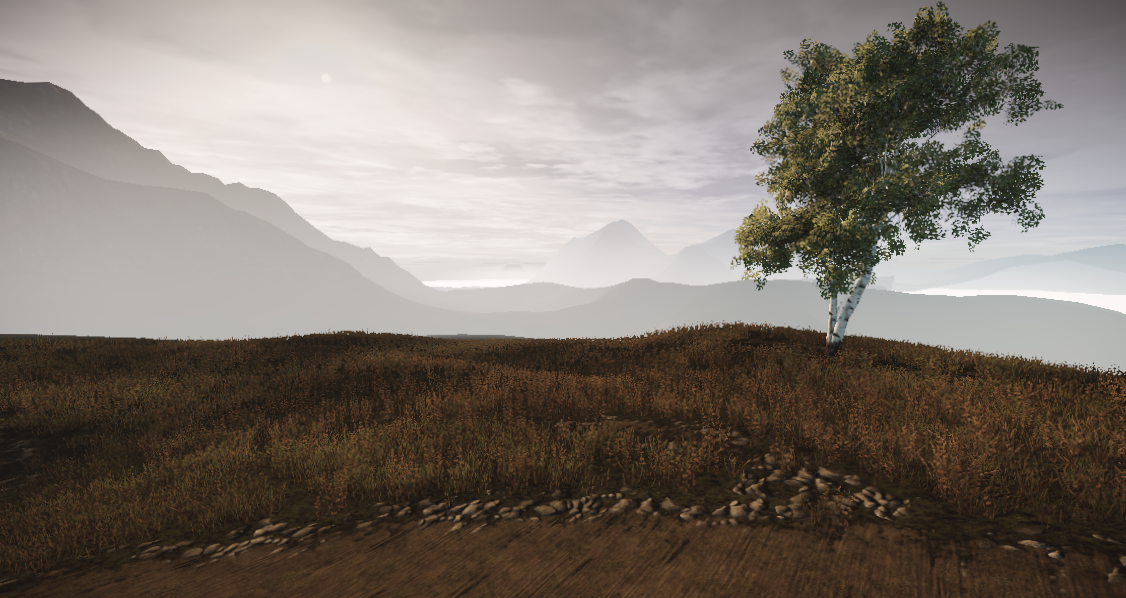 I spent a month building an (awesome) terrain editor. This was the first thing I built with it.

Not every scene has as much mood. The sky and weather are procedural, so it can shift, day night cycles, etc. The clear blue skies offer reprieve from the grey overcast, but going back to that lone tree and those overcast skies help to remind me of the heart of BSG. Bittersweet.

After all, it's a game about your guys dying!

Grasslands can't be challenging? Can they?

The thing about grasslands is that they're mostly grass... This is one of the reasons they're unpopular in video games. The heart of an environment like this is the shape of the ground, not so much the trees and vegetation: it's the hills and the slopes, the ridges and valleys. So I built rolling hills and valleys. I wanted my Irish Countryside.

And the problems started showing themselves immediately.

Character animations are built around flat ground, so the problems with this kind of sloped ground were everywhere. Hovering feet drove me nuts even in early prototype stages.

This looks way worse when you can move the camera around.

The only way to fix that is with Inverse Kinematics (IK). IK systems solve the movement of connected bones and joints and allow you to procedurally reposition limbs as naturally as possible. The IK solver I used was FinalIK written by Partel Lang, a product I fully recommend.

If your front leg is bent, like guy in the screenshot, you need to shift your center of mass forward. You lean into the forward leg a bit. These details help to make sure the character and the environment blend together, everything feels more cohesive. 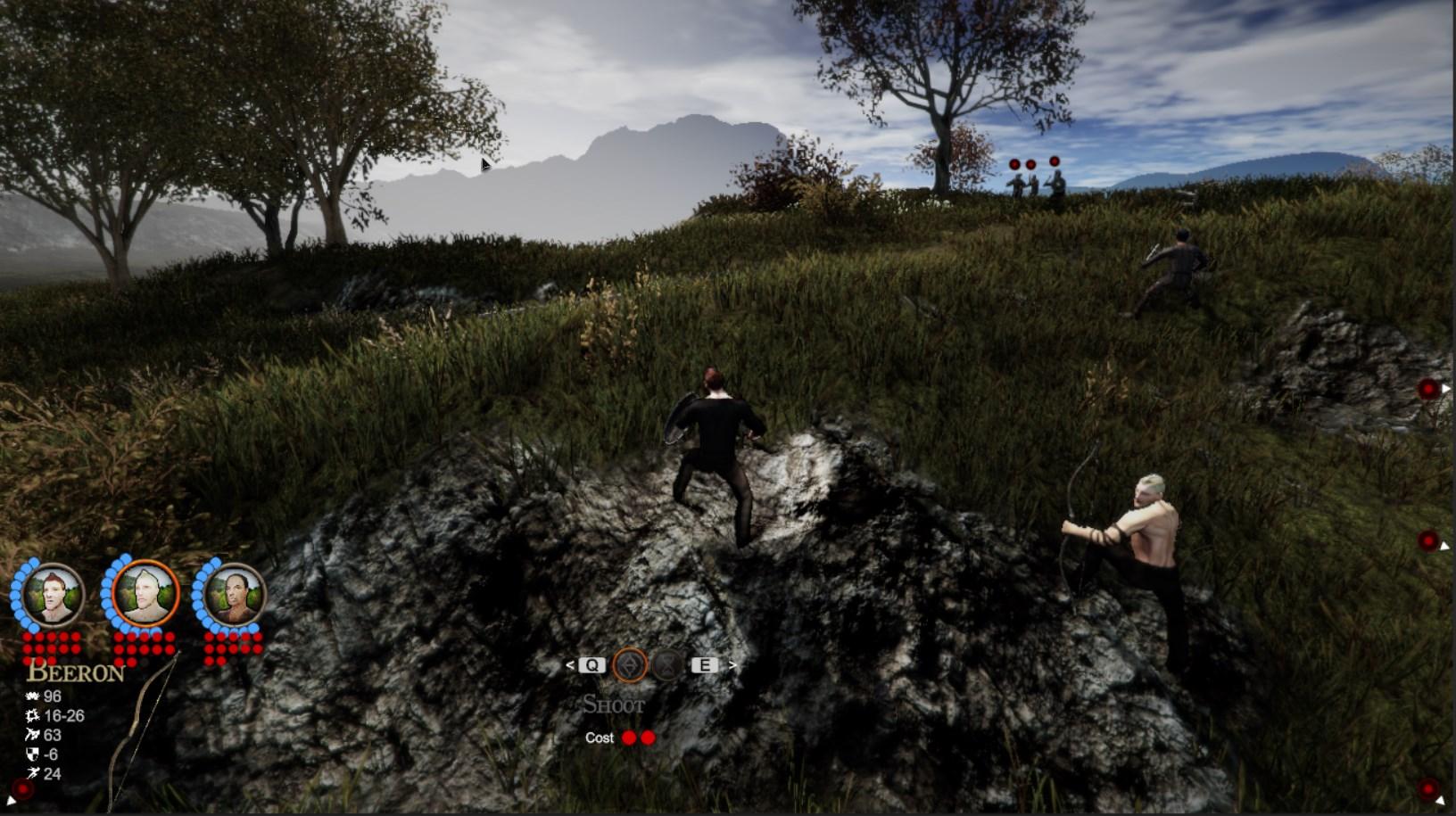 I integrated Foot IK in the first few months of development, but the real problems were in the game play.

This kind of situation kept coming up over and over in game play. 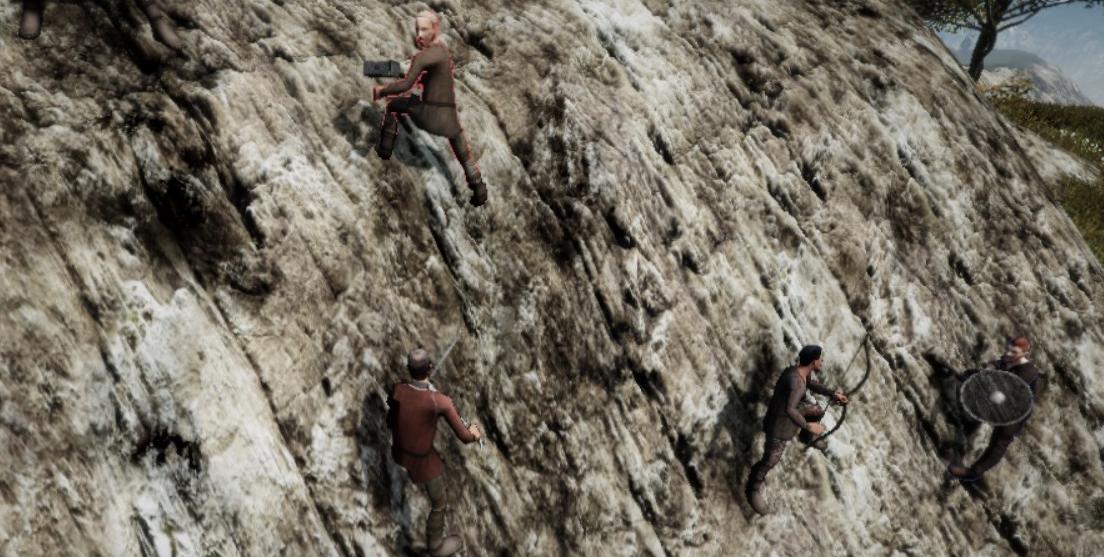 No amount of fancy footwork is going to stop this kind of situation from being a mess.

Fighting on the side of a cliff like this felt terrible, but the terrain is built around rolling hills and stone ridges so I can't just block off all slopes as impassible. I watched playtesters get stuck in these kinds of cliff side fights, and it just ruined the experience. To top it off, a clever playtester demonstrated a ton of “cliff running” exploits that really were far too easy to pull off.

I had to put off solving these problems for a long time and focused on other parts of the game, but a couple weeks ago I realized these problems presented an opportunity. So I went for it.

The animation in BSG always used a little physics, but this was really just cosmetic. Something to make each combat impact feel a little different.

A test environment where I worked on attack impacts.

Over the last two weeks I’ve added a considerably amount of work to the physics in BSG, giving it a much larger role. Character physics now model the body keeping balance. Combat takes terrain, velocity and footing into account. The rolling hills and ridges aren’t just set dressing, now the environment plays a key role in the combat system.

It’s easy to lose footing while stumbling backward on a slope, especially when attacked with a combination, as each attack adds force. The guy in red wouldn’t fall here if the ground was flat.

Different angles of attack, weapons, and different types of terrain all potentially changing the outcome of each attack. Being able to use “good ground” to your advantage in a really meaningful way is a huge step forward for the combat system, it really gives you the chance to unleash your tactical genius.

Plus, it’s just fun as hell knocking guys off cliffs.

PS: it took a crazy amount of work to get this system to work and there are still a few bugs hanging around. I am really tired… but this system is sooo worth it.

A year and a half later, back on Greenlight

After being Greenlit in April 2015, Blood Sweat Gold is back on Greenlight. It's an odd situation, let me explain. And let me show you the game.

In just seven days Blood, Sweat and Gold made it to the Top 100 of Steam's Greenlight, and we finally have a logo!

Not dead - we're looking at a release in late fall. Going to be posting a lot more in the coming months as we ramp up.

Is this still being developed? looks amazing but I havent seen any news in a long time

I've been hard at work on the world map, going to be putting together some new posts soon!

The world map came together better than I had hoped, I'm really excited.

I keep watching the combat gif and it still astounds me! Looks so satisfying!
Can't wait to play it.

Sooo looking forward to this, the combat looks great and as in RL there was a reason armies wanted the high ground. Just wondering will bows take elevation into account ??.

I'm honestly still not 100% sure how bows will work with elevation.

I'm thinking that the best way to do it would probably be to make headshots crits. If the archer is higher then a shot is more likely to hit the head (it's just how the angles work out naturally). But I'm not sure 100%.

It might not be worth doing since being able to pick and choose targets at range might really be enough (you can shoot a guy on bad ground and he's more likely to lose balance for example).

It'll come down to playtesting in the end.

looks Good keep it up