Play as a crew drawn from your own customized civilization as they struggle to survive in the depths of a procedurally generated universe.

We’re a sci-fi sandbox space station building game with non-linear progression and infinitely generated stories based on the personalities of your characters.

Experience a realistic sci-fi universe, through the eyes of your crew

Inspired by classic sci-fi TV series and films (Star Trek, Battlestar Galactica, Star Wars, Alien, etc.), you build a crew of dynamic characters, brought to life through their unique adventures and reflected in a deep and personalized skill system. There are hundreds of unique traits which combine to define the personalities that crew your Astrobase.

What is your fantasy? 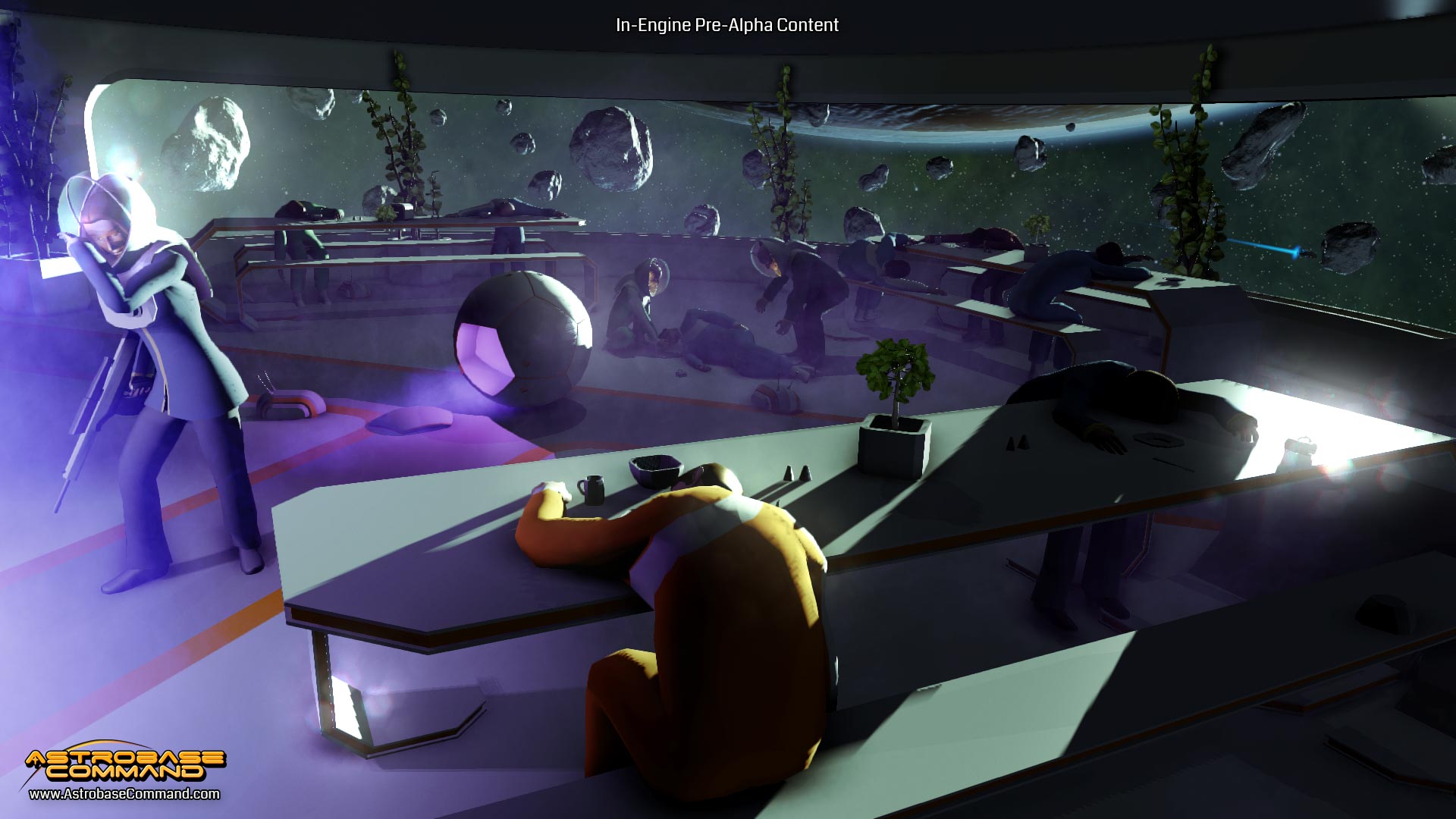 Everything in the universe is either created by you, or procedurally generated. You’re free from the tyranny of scripted content. Your decisions have real consequences that are naturally propagated through the universe as new content is created by the game.

With other games, the player reacts to what he or she sees on the screen. In Astrobase Command you make the choices you want to make, and the game reacts to you. 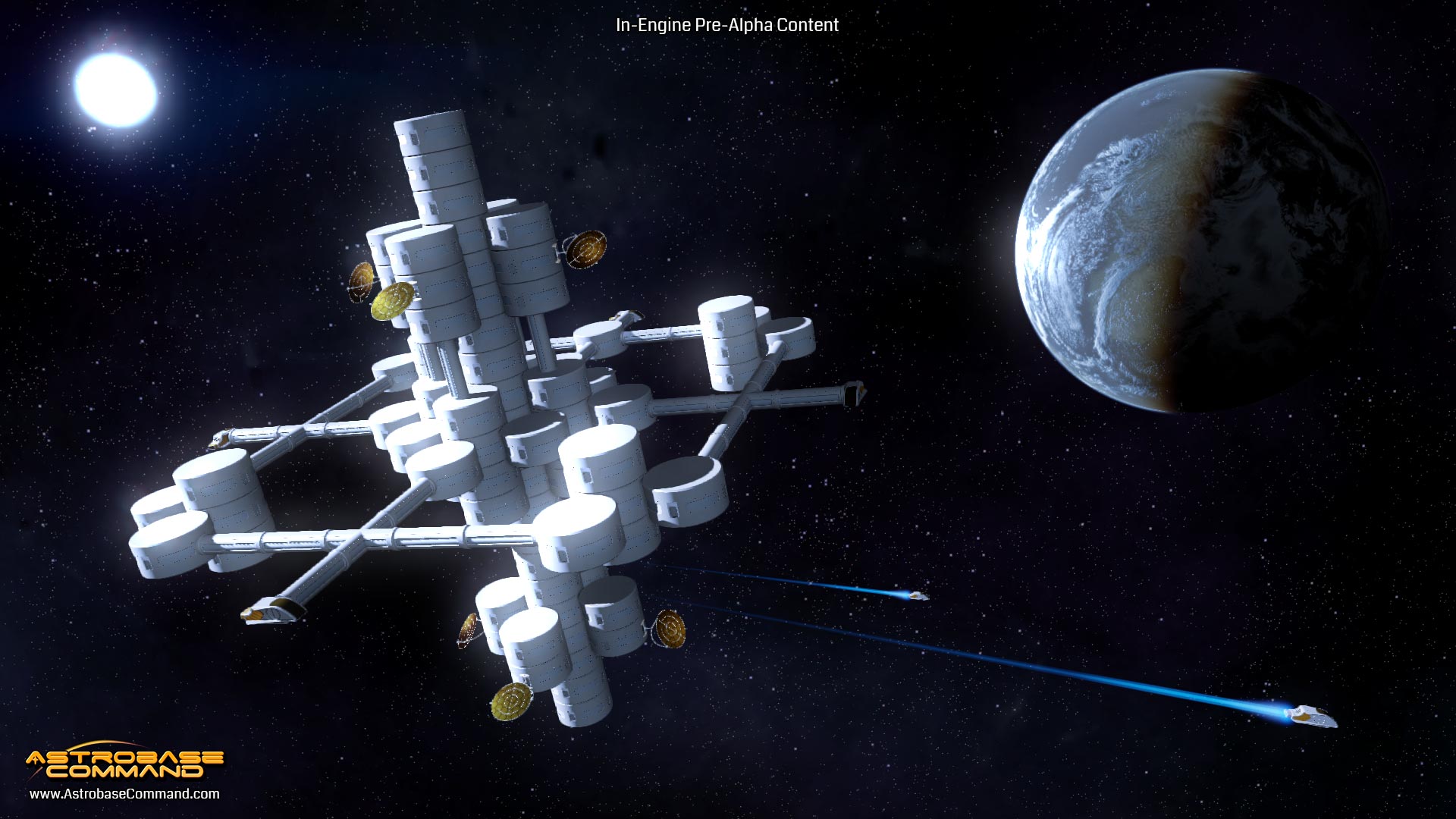 We have finally reached the Astrobase Command Beta phase!

It took a bit longer than we all wanted it to but we think it has been worth it. We think the game is in very good shape for an initial beta launch.

If you play it and think we have succeeded and this is a great beta or that we have failed and it is the worst beta we’d love to hear from you.

In fact we want to hear from you even if you played the game and have any opinion between the two extremes too. 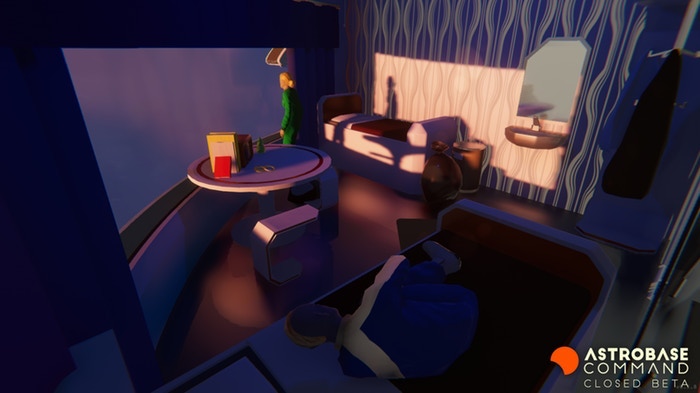 To get this feedback to us you can find a button in the Main Menu and in the Pause Menu that says [SURVEY], as well as a button in each location that says Discord. Click these buttons to fill out our Beta Survey and to join our Discord Community respectively.

We want to take this opportunity to give an especially big thank you to our lovely Kickstarter Beta backers who have waited for so long since so patiently:

Thank you, from the bottom of our hearts! We couldn’t have made it without your support.

Depending on who you ask they will have different definitions of Alpha and Beta. 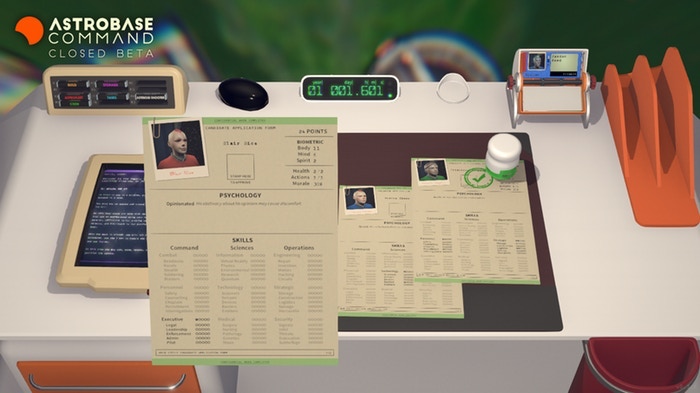 Additionally our Alpha as well as our Beta are Closed, which is also a term that can mean different things.

So here is our definition of Closed and what it means for the Beta:
You are able to buy Beta Access if you didn’t catch the Kickstarter and play the game right now.
You can not share footage, images, etc of Astrobase Command outside of the designated Beta channel on our Discord.

However, if you are a creator and want to create content as we open up the gates, please get in touch with us at info@jellyfish.games

So with the Astrobase Command Beta phase you can buy (or access if you already backed us at a beta or higher tier) the game and play it right now. But you can’t make videos or other content off of it until we open things up.

Where can I buy it?

You can buy a copy of the game at either our webpage or from our itch page.

If you just want the game you should get the Basic Beta Edition.

If you want more than just the base game (in-game trinkets, the soundtrack, your name in the game, etc) you should get the Beta Edition or the Super Beta Edition and you will receive them when they become available.

Is there a Patreon or something?

Yes, you can go to our Patreon and pledge some long term support to help us bring more projects spawned from creativity to life. 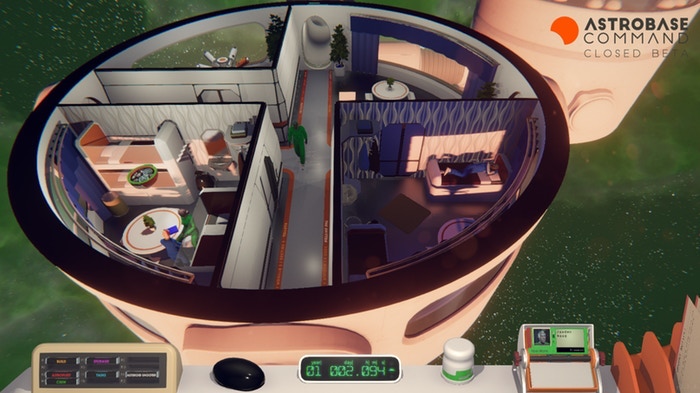 I backed Astrobase Command at a Beta or higher tier on Kickstarter, where’s my copy of the game?

We have just sent out the keys to our Beta backers, to the email used on Kickstarter when backing the campaign.

If you backed us at Beta or higher and haven’t gotten your access, get in touch with us and we will sort things out.

The easiest way to get in touch is through our Discord.

First, we’re going to do the remaining things surrounding putting out the initial Beta.

After that we’re going to keep improving the game while gathering feedback to help guide our work.

Once we’re at a point where we’re happy with the game to be released we’ll put out the full release version. 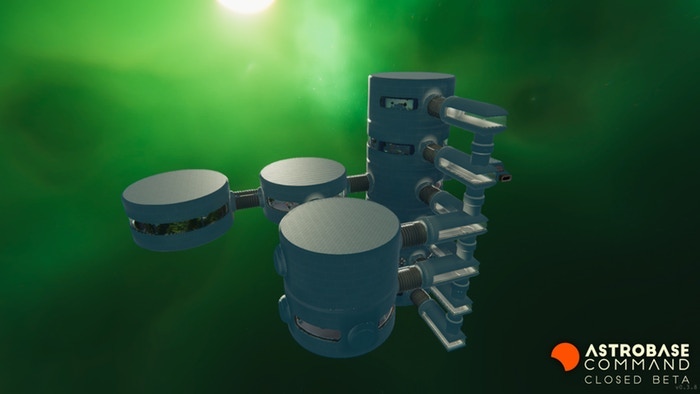 Want to chat with us or other players about the game? Come join us at discord.gg/jellyfishgames

Interested in supporting the work we’re doing on an ongoing basis? Check out our patreon.com/jellyfishgames

Remember to Wishlist Astrobase Command on Steam if you haven’t already! 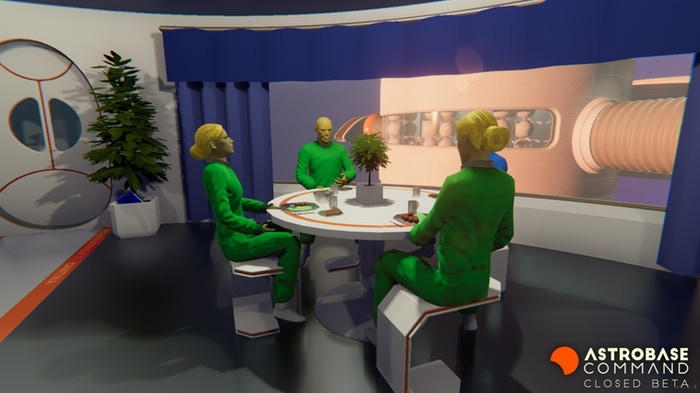 A look at the emblem creator. It is one features you'll have to customize your astrobase with logos that you'll be able to build component by component...

We have added major new features to the Astrobase Command Alpha. Loads of new art, GUI & UX improvements, and RPG and exploration components.

A VCR tape of Astrobase Command's gameplay has been smuggled at great cost by our Venuxian spies. Whatever you do, don't take a look.

Sorry for the overlong delay in the reply. You can get your hands on the alpha at Itch.io: Jellyfishgames.itch.io

Our camera is fairly flexible and does currently allow getting inside the station, but that isn't exactly where we're planning to take the game so far.

Having said that, we're playing with the idea of turning some station layouts into playable levels for some popular FPS if we have the time to get to it.

Would that earn at thumbs up?

Hi pcgeek01: We're leaning heavily on procedural processes for everything from planet generation to item component building and up to creature generation. You should have a unique experience every time you play.

So how much customization is there? I really enjoy making something unique everytime I play a creative game like minecraft (ect)

We're still in early pre-Alpha stage. The various parts work, but aren't tied together by the AI Storyteller yet, and there is not enough content at this stage to warrant getting it out to the community.

We're working hard to bring all of this together. A successful Kickstarter campaign will help us accelerate the process, allowing us to have a playable beta by late Spring 2014.