We're on Greenlight! Please give our "Yes" button a hug!

Apollo4X is essentially a game about buying and selling goods between planets, strategically investing profits, and fighting a defensive war against an oncoming enemy. Think of it as a mashup of a trade-tycoon, 4X sci-fi, and a card battle game. The business part is an abstraction of true market cause-and-effect forces, which you of course exploit, and play politics with. Political gains unlock new abilities and military units. Over-expansion is held in check by the cultural demands of your colonists. The game is inspired directly the the historical East India Trading Company's exploits in business, politics, and military imperialism - but in space, because spaceships are way cooler than merchant clippers.

How the game plays:

You colonize three planets initially, and decide what goods each will want to import. Exports are dictated by the planet itself. Then you build cities on the planets to generate production that is spent on further upgrades. You can colonize additional planets to broaden your trade potential, but each additional planet will increase the number of social demands you have to meet each turn. Social demands of colonies cause you to gain and lose political favor, which is spent to unlock new abilities.

Combat is played out in card game fashion, but with an unusual complexity to it. Each military unit has three “tactics” to choose from, which let them do different things and have different stats. The key to winning is using the correct units in the best sequence and with the right orders. Scout the enemy, determine what you can exploit, and give orders to your troops accordingly.

The game is available for Windows, Mac OSX, and Linux computers.
Just about any machine can run it. 2GB RAM and a 3D capable graphics chip (integrated is fine). 300mb disk space.

We're VERY close to being feature complete. Probably THIS WEEK. So, from here out it's test and balance. If you help us get greenlit, we can afford to stick in some fancy additional features - or maybe even do a sequel in the same universe. We're thinking a sci-fi game inspired by Crusader Kings is a pretty good idea, for example. "The Greenlight must flow!"

To promote Apollo4X and grow its popularity (top games), use the embed code provided on your homepage, blog, forums and elsewhere you desire. Or try our widget.

Into the Wild Rocky Yonder

In the future the resources of earth have all but dried up. The mega corporations have turned their gaze upon nearby asteroid belts for their rich wealth...

Spacemen is an independent space exploration game, based in a procedural persistent universe, with modable content, explorable seamlessly in single-player...

The Pegasus Expedition is a story-driven sci-fi grand strategy game set in a key moment for humankind’s survival. Facing an overwhelming threat at home...

Star Lords is an epic-sized complex and dense 4X strategy game for the PC, set in space where you take the command of one race to join the struggle for...

Birth of the Empires

Birth of the Empires (also known as BotE) is a turn-based 4X strategy game set in space in the style of classics such as Microprose's Master of Orion...

Galaxial is a real time 4X (explore, expand, exploit and exterminate) strategy game set in space. The player is given control of their own empire in the... 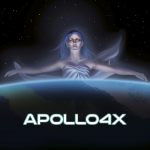