Endless Space 2 will put you in the fascinating role of a leader guiding his civilization in making its first steps into the cold depths of interstellar space.

Submit an ADDON Submit a MOD

You will explore mysterious star systems, discover the secrets of ancient races, develop advanced technologies of unthinkable power, and, of course, encounter new life forms to understand, to court or to conquer. Your story unfolds in a galaxy that was first colonized by a people known as the Endless, who rose and fell eons ago. All that remains of them are mystical ruins, powerful artifacts, and a mysterious, near-magical substance known as Dust.

The new Galaxy Generator has been completely overhauled to provide unique star systems and curiosities to explore, different planet types to colonize, luxuries and strategic resources to exploit, the mysteries of the Dust and new lifeforms to master, and a host of strange cosmic anomalies to deal with.

EXPAND beyond the unknown

Claim new systems by establishing outposts, and develop your planets into feared stellar fortresses or fabulous utopias full of wonders. Train your heroes to become fleet admirals, system governors or influential senators to guide your populations and make your galactic civilization thrive.

Collect Dust, luxuries and strategic resources that are tradable on the marketplace*, discover amazing new technologies, and keep one step ahead of the competition through trade corporations and subtle diplomacy.

Design your ships, build your fleets and carefully choose your battle plans to overcome up to seven opponents in online confrontations*. Watch epic real-time space battles unfold, and improve your strategy for your next confrontations.

Discover each civilization’s story, from the Sophon’s AI gone berserk to the traditional Lumeris families facing an ambitious young upstart. Learn more about the origins of the lethal Endless creation called the Cravers. Find out more about the Heretic, a mysterious and powerful character hunted by the Vodyani… The galaxy will belong to the civilization that controls Dust and uncovers its secrets… but were the Endless alone in the galaxy? What is the true origin of Dust? Are the rumors around a mysterious organization called the Academy real?

Press Space anytime to activate the Amplified Reality view and reveal in-depth contextual information about your systems, trade routes, diplomatic stances and even your ship stats during battle! 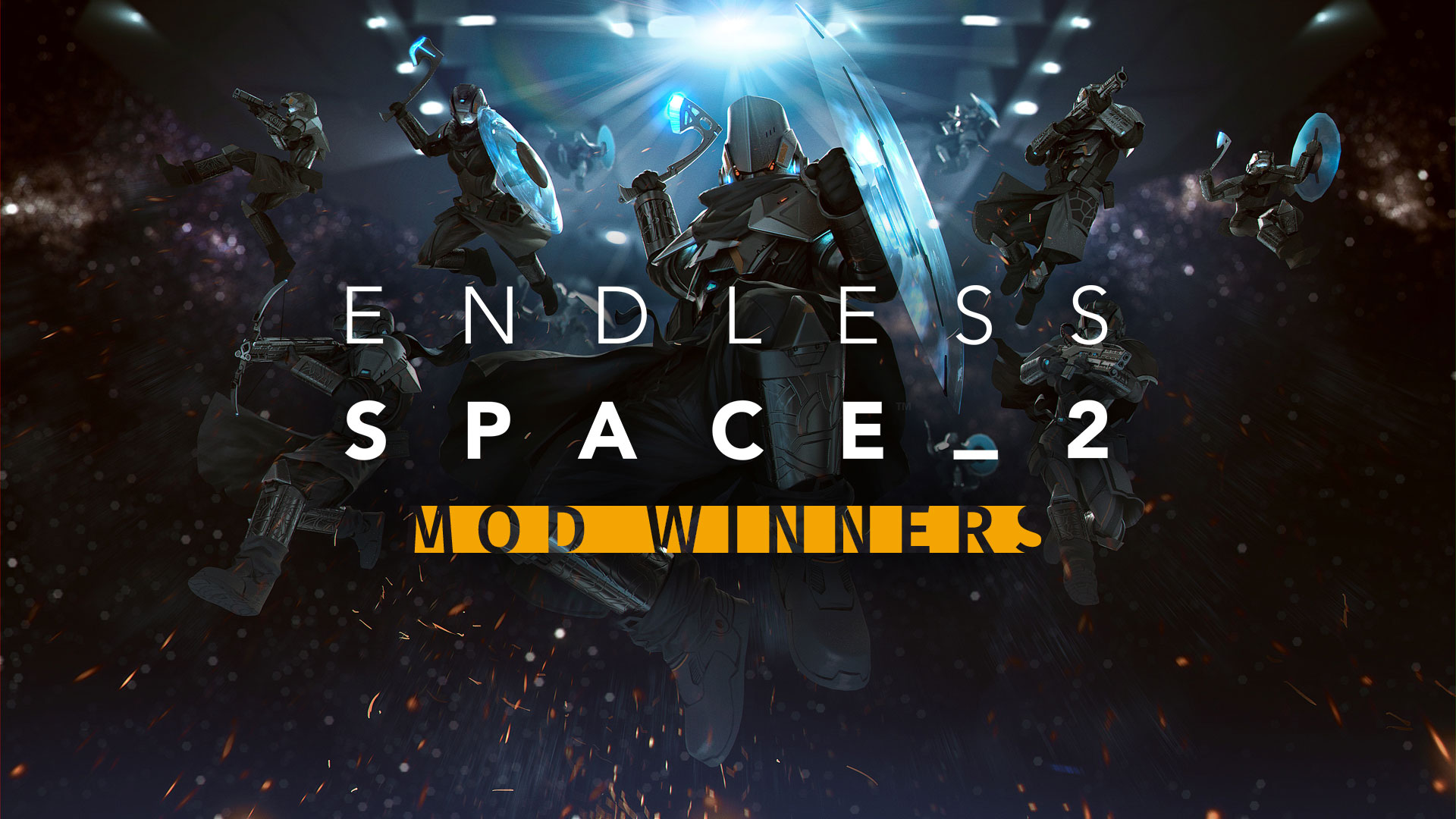 The Endless Space 2 #EndlessMods Modding Contest has come to a close! Modders were tasked with creating a mod for Amplitude Studios’ 4X strategy game Endless Space 2 – and those mods went in the running to win some awesome prizes from Amplitude, Sega, and NVIDIA.

Now, from the plethora of mods submitted, the Top 10 winners have been selected and are revealed, below. Entries were selected based on their creativity, complexity, fun factor, and playability. All 10 winners will receive a Sega digital game bundle; those placing from 4th to 2nd will also receive a signed and framed Endless Space 2 print; while the first place winner will get their lucky hands on a NVIDIA GeForce GTX 1080 GPU! 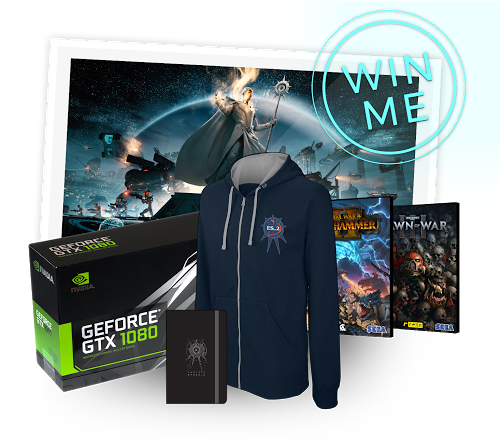 Congratulations to all the winners below, and thank you to all those who entered the #EndlessMods Modding Contest! For more information, and to view all entries, visit the competition page. 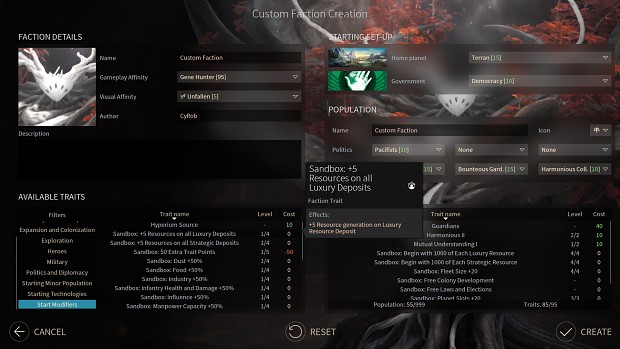 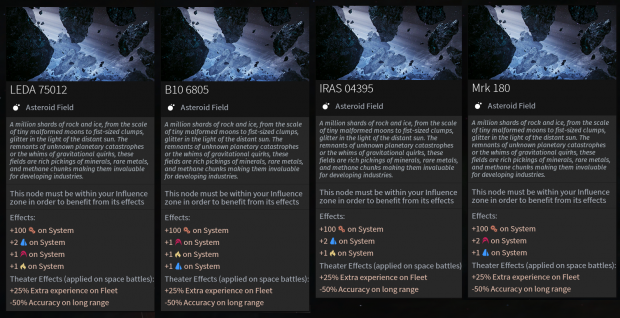 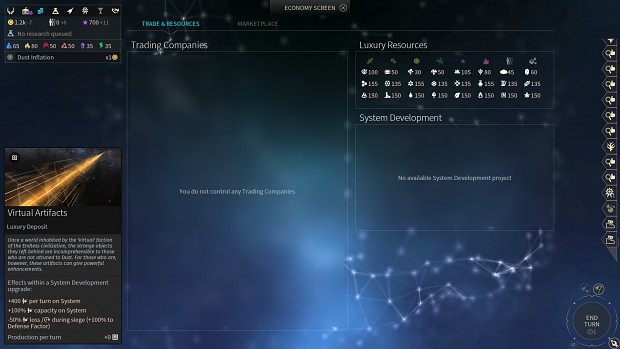 This mod attempts to rebalance and polish all the aspects of the game centered around luxury resources, starting from altering galaxy generation so that all luxuries spawn in a given Galaxy, to rebalancing all the effects luxuries have on System Upgrades while also encouraging players to use varied resources in their upgrades. 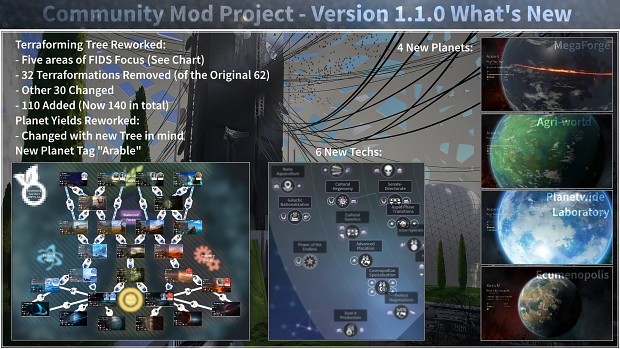 The Community Mod Project is similar to the G2G Balance mod but the main goal of this project is to make changes / add features to make the game more fun & Interesting, keeping everything balanced is a secondary goal. 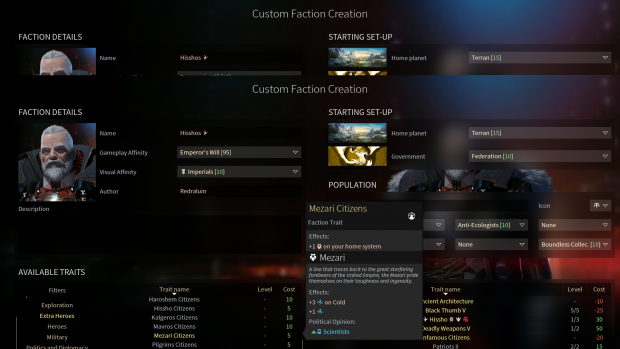 Many new traits for even more customization. The full list of trait is too big to be listed here. Traits are aimed to be balanced. (Hero Traits, More level for traits, Mixed traits, Empire traits, new Minor Population, Unique traits, Population traits, Heroes of your choice and more.) 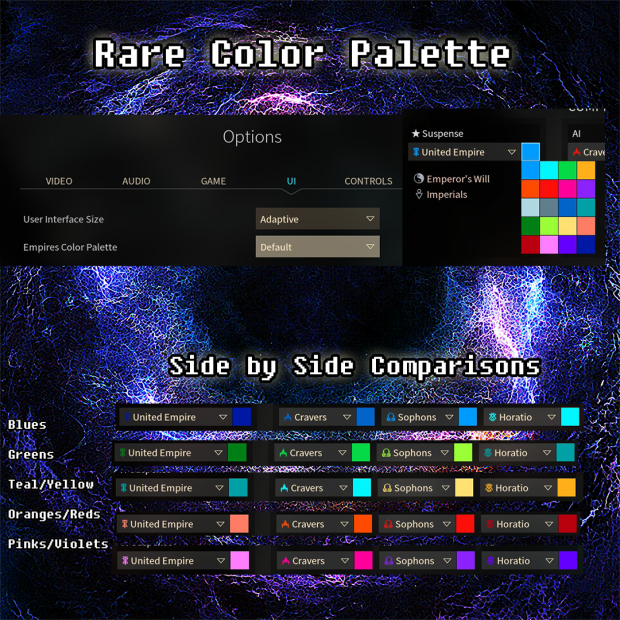 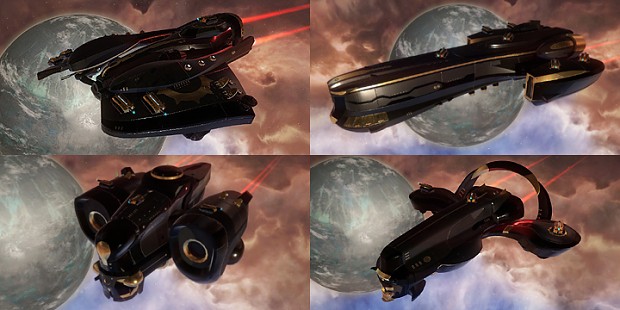 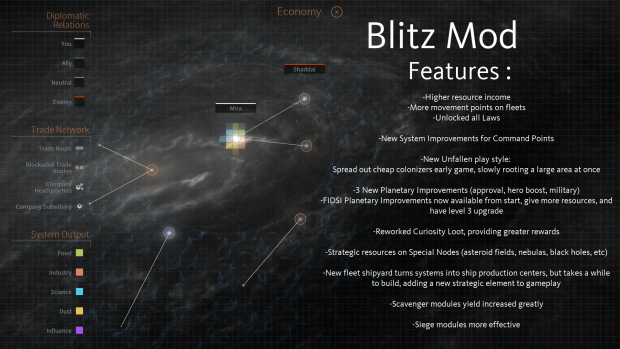 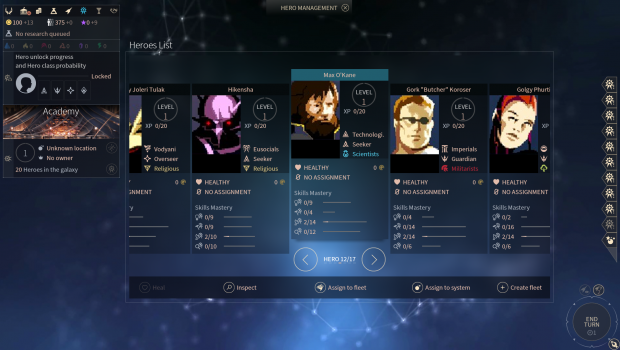 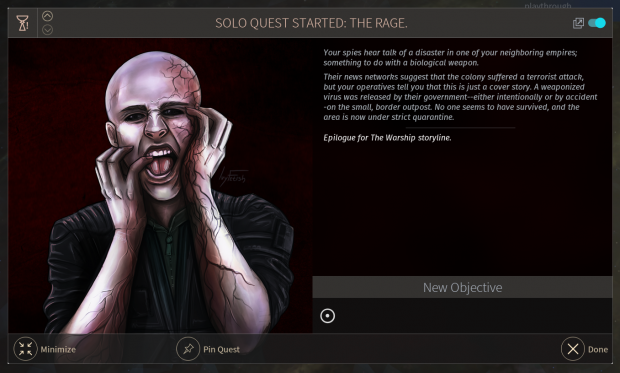 We hope you enjoy these incredible mods and take the time to try them out yourself to enhance your Endless Space 2 experience! Once again, thank you to all modders who entered the competition; thank you to Amplitude Studios and Sega for partnering with us to make this competition happen; and congratulations to the above winners! Finally, all entrants can be viewed on the main Endless Space 2 #EndlessMods competition page.

With less than two weeks remaining in the Endless Space 2 #EndlessMods Modding Contest, here are the entries so far.

Modders, it is time to answer the call and put your craftsmanship to work. We have joined forces with the Endless Space 2 team and SEGA to run an official...

Here’s what Amplitude Studios has in store for modders.

Increases the occurrence and significance of moons, while adding many new moon types and additional exploitation options. Includes rare instances of unique...

This update contains cosmetic fixes to the improvement type text.

Anyone figure out how to mod expansion disapproval? Most annoying feature in the game.