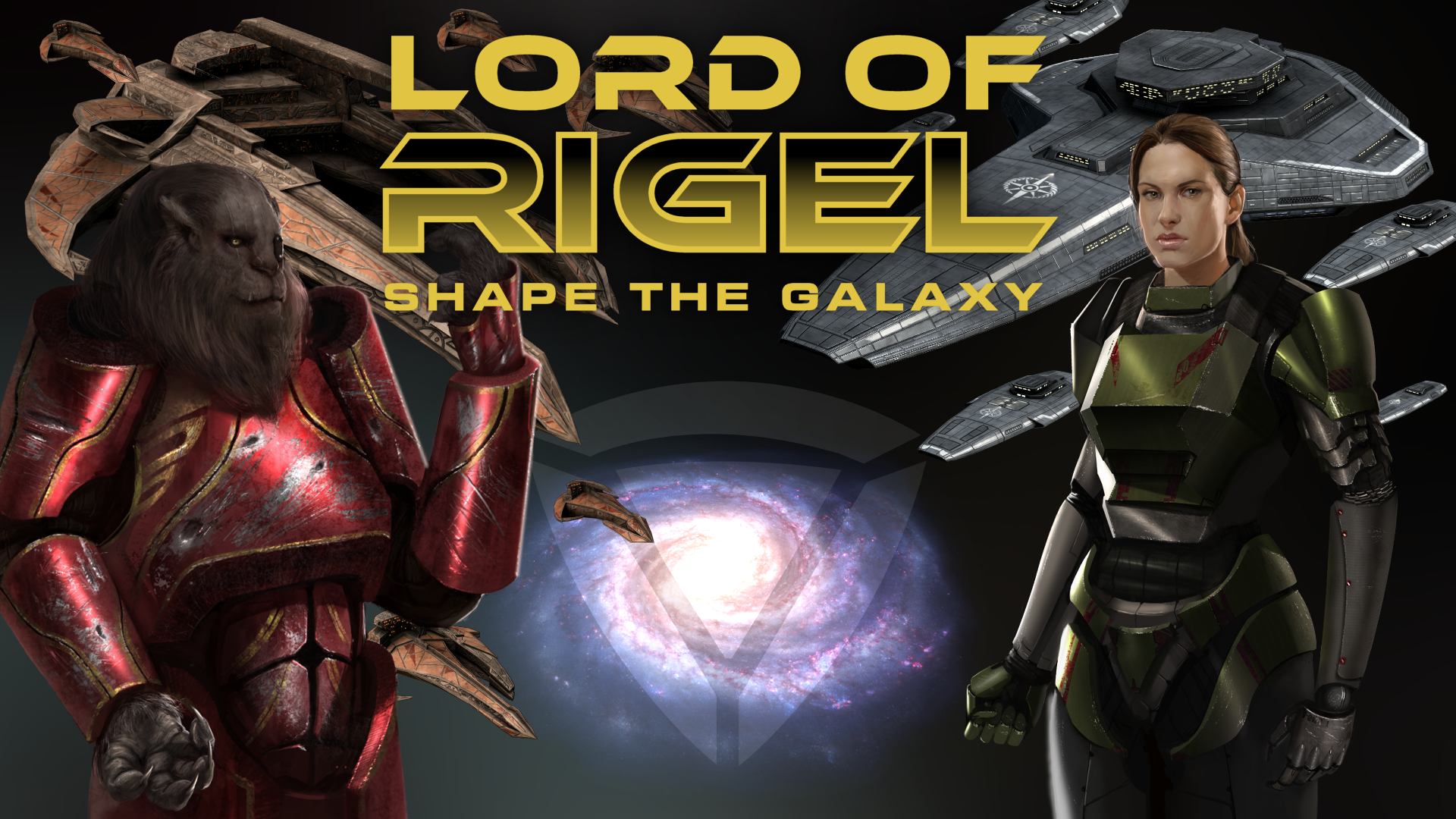 Lord of Rigel is a turn based 4x (Explore, Expand, Exploit, and Exterminate) space strategy game. Our goal is to create an accessible, yet deep, turn based strategy game that will provide a complete space-opera experience. Lord of Rigel will feature a diverse universe with young and elder races that will struggle to shape the future of the galaxy. Players can make a choice between warring elder races or forging their own alliance with a coalition of alien races including minor species. Given all the resources of a galactic empire, players can choose how to navigate through complex diplomacy and survive grand menaces invading the galaxy using an array of game mechanics such as a galactic council, espionage, research, and military force.

Players can expect Lord of Rigel to be completed in 2016 and available for Windows, OS X, and Linux.

Rhombus Studios is proud to announce that it is has signed on with Iceberg Interactive to publish Lord of Rigel. Lord of Rigel (LoR) has an expected Quarter 4, 2016. A turn-based space strategy game, LoR is set in a galaxy locked in a cold war between the elder Rigelan and Arcturan races with the younger species caught in the crossfire. Players can expect to explore a galaxy full of ancient secrets and create coalitions in a politically complex environment. Research, espionage, negotiations, and military force are all means to shape the galaxy in LoR.

We also have a launch trailer made in engine using game assets to give a taste of the Lord of Rigel galaxy:

Lead designer James Rorabaugh discusses some of the revisions in a work in progress preview of the new main screen in Lord of Rigel.

A major 2017 progress update from the Lord of Rigel team!

Lord of Rigel Soundtrack on Soundcloud

To celebrate mastering the Lord of Rigel soundtrack, we have released new tracks on Soundcloud to listen to.

An update on the continuing work on Lord of Rigel!

The tactical combat demo for Lord of Rigel. Play as the Humans or Katraxi with up to cruiser class ships and medium level technologies!

I'm curious how open to modding the game is going to be. Are many of the files going to be exposed for easy access, or are a lot of the functions going to be hard coded?

Good question! We want to support modding and currently many game systems use json files that can be set as exposed files to edited by modders. We have discussed doing post-release modding tools as well. James got his start doing Star Trek Legacy mods and my start on game design was from doing table and mission work with FreeSpace so we're wanting in the long run to allow for the same sort of options.

Does this take place in the Wing Commander universe? I'm just asking because the feline aliens featured on your top banner and on some of the posted images are looking exactly (!) like the "Kilrathi" from Wing Commander. Even the name you've chosen for them - apparently named "Katraxi" according to the images you have posted - is very, very similar to the name of the Wing Commander race. What's up with that?

Wing Commander's Kilrathi are actually based on Niven's Kzin in the "Known Space" universe where Ringworld is set (which was a main infuence for Halo). We're drawing from the same influences in species archetypes. The Katraxi might look a bit how people would imagine the Kilrathi or Kzin would look like but we've tried to make sure they're their own thing.

I love space strategy games. Looking forward to get my hands on "Lord of Rigel"

Thanks for the question. Lord of Rigel will be a 4x space strategy game. Think of games like Galactic Civilizations Series, Stardrive Series, or Master of Orion series.

Can't wait for the game release , keep us updated!

Twitter
Tags
Embed Buttons
Link to Lord of Rigel by selecting a button and using the embed code provided more...