A summary of the development of the game and the future.

As I am nearing release, I want to reflect on the road which has gone before. This is the first game I have developed. I developed the entire project myself and was assisted with art in the later stages of the game by who I would say is my lead artist Doug who has worked extremely fast and assiduously to develop the art content in such a short time.

I acquired the desire to develop the game after seeing the Starflight 3 project continually stall, among some other similar projects. The main inspiration for VOD was mainly Starflight. Another source of inspiration was Distant Worlds by Codeforce. I was impressed by the scale of their game. Also one thing in particular that intrigued me was alternate play styles. They actually listed out suggestions for different ways you could try experiencing the game.

This alternate style I think was along the lines of captaining a personal starship and exploring the universe with it. Since DW was mainly an RTS, you didn’t have direct twitch control over a starship, you had to select it and point and click for destination. Additionally, in combat it observed its own rules and the AI fought. You controlled where the ship would go.

So I thought it would be cool to create a game similar in style to Distant Worlds, but where you personally control the ship directly. Now my universe is not as large in activity as DW. My universe does have a large scale and is dynamic. But further work would be required to bring it up to the levels of activity you see in DW. However, since VOD is not a 4x RTS, one should not expect these elements, but merely at least a universe which appears to function on its own, regardless of what you do or where you are.

Enter the Starflight inspiration, VOD’s original source inspiration. When I first laid out the features for VOD it was to follow Starflight mechanics exact. You would not see alien ships flying around; they would not fight each other. You would explore and have encounters with aliens in a sort of instance, which is how starflight did it. But somewhere along the line I expanded the features extensively and created a dynamic universe in the background which the player can observe. Therefore the aliens don’t exist in some abstract land, but you see them, and they see each other and they fight each other.

VOD consists of the following game systems: Trading/Bartering/Haggle (very similar to Starlight), Combat, Ship Upgrades, Exploration, Story/Alien Encounters, Crew System. All of the features listed on the ‘about’ page on the official site are in the game. There have been no cuts. Only additions. Of course there are some things I want to actually add, which were not in the original or expanded design. But that as you might know is feature creep, and it never stops.

VOD is the first part in what hopefully will be a trilogy of stories. If it is received well these parts will be done. The main features I would like to add in part two are planetary landing, ship interiors, station interiors, along with the continuation of the story and of course some other smaller features. Post release I will continue to add things I want in VOD in terms of feature creep, until I start on the second part. Now that an artist is on board, if the first release receives enough attention, I would also like to re-design my programmers interface. He came on board after it was complete.

At the heart of VOD lies a fun game, with nice story wrapped around sandbox elements. You can do a lot of things in VOD. The only downside to VOD is that is isn’t really a hand holding game. I remember playing starflight many times up to a point when I was young and not completing the game. Only when I got older and understood more about it, was I able to complete it. Quite difficult puzzles for children.
VOD has in a lot of things to investigate as you speak to the alien races, and these things drive the plot. I will try my best where possible to have an interface which records these places spoken of, but in true starflight fashion, having out your little note book and making notes on people, places, and things is part of the fun. Since you will note them to check on them later.

Although everything is now in the game, there are some features which need some love, and the AI is one of them. It is very basic but does its job.

I am releasing what I would call the beta version to Desura for feedback on what works, what doesn’t, what can be changed etc. I invite everyone to register on the official forums or post on Desura their feedback or email me. The beta will be uploaded on Friday. First is windows, then linux then mac.

The art assets are about 90% complete. Mainly race portraits left to be done. Here are some civilian ships. 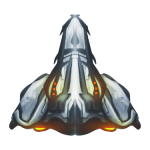 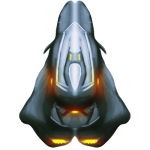 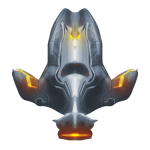 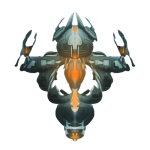 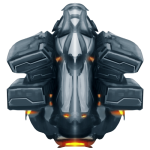 Congrats! I did play the beta release of Starflight 3, it was somewhat more of a newsground flash game then a streamline type. I am glad it inspired you to make a game of your own vision. I just love these types of game since i played the Starflight, StarControl, Escape Velocity series.

Hey thanks. I hope that the fans of star control, EV and Starflight hear of the game. I'd want to hear of it if I hadn't actually made! :)

Hi, just bought and downloaded the game and have played it for not very long. I too have watched the Starflight 3 project drag on for several years with no development and virtually no updates as to status. Starflight was one of the first computer games I played after buying my first Tandy back in the mid 80's and fell in love with it. Glad to see you following in those foot\steps. Keep up the good work. Planetary exploration would be a nice feature to implement in VOD 2 if there is one btw.