In this week's IndieDB article we speak about the changes we're preparing for the next big update, and how the community helped us change the weapon creation system

We’re back from Christmas! We’ve hoped you had awesome Holidays, with family, friends and/or gaming.

Thanks to the Steam winter sales, we’ve received a new batch of feedback to work on and make WOODPUNK a better game!

Since we started developing WOODPUNK in 2016, we’ve received mixed feedback about the weapon creation system, but this feedback has been especially “loud” from the winter sales new players and especially from one demographic of the community in particular, the Chinese community.

WOODPUNK was at its core developed during a Ludum Dare, so there’re some features that are difficult to change, as they’re part of the core gameplay.

We’ve decided that now is the time to change these core mechanic with the help of the community to give WOODPUNK the next big step.

So this is how the game currently works:

The player starts a game run with two random weapons, one melee, and the other ranged. After completing one stage of the run, their weapons are changed to two new random ones. Theo has a set cool down for crafting new weapons, once it has completely refreshed, Theo is capable of crafting a new random weapon depending on the technology the player has unlocked in the skill tree.

The community was frustrated that you could not carry weapons from one stage to another, so they felt very dependent on the RNG acting nicely at the start of every stage in order to complete it. We know WOODPUNK has overpowered weapons, and it’s something we like (we want players to be excited when they’re lucky enough to craft one) but we don’t want players just carrying an overpowered weapon throughout every stage and complete a world map easily.

The constant change of weapons is a core mechanic of gameplay in WOODPUNK. The protagonist is an avid inventor and there’s a huge tech tree for players to develop and try out hundreds of different weapon combinations. After community help, and some brainstorming, we started working on a new weapon creation system.

-Weapons can now be maintained between runs, but there’s degradation system to it.

Players will always have two basic weapons, a wooden plank acting as a melee weapons, and a basic gun as the ranged weapon. Depending on the technology developed in the tech tree, the player will start with better guns (as it’s working now). After use, these weapons will finally break down again to these two basic weapons. This means that players will have to administrate how much they want to use a weapon; if they use them too much they won’t be able to save them for a final boss or special stage.

As we’ve explained previously, each ranged weapon is composed out of 3 different parts. These components delimit how the weapon works; the grip influences the shooting style (single shot, automatic, spread), the cannon delimits the ammunition type (fire, ice, light, shrapnel, arrows and bombs) and the chamber delimits the amount of ammunition per magazine. As the player uses his ranged weapon, each component will degrade at a different rate. When a weapon’s component degrades, it will drop down a level until it becomes the component of the basic gun.

To not make WOODPUNK near impossible we will simultaneously implement a new drop, which will repair all of the weapons component simultaneously. It’s important to mention as well that once a weapon drops a tier it can’t be repaired back to its original level.

Theo at the moment crafts new weapons under cool down. If we maintain this system players may abuse it by staying in a map until they get a good weapon, and later keep it throughout the run. To correct these we’re going to slightly reprogram Theo, he will now craft new weapons depending on the amount of enemies killed per second (or something similar, this is a W.I.P)

Now that we’re under plans and working on this new weapon creation system, we’re going to also produce a new suit that has its own abilities intertwined with this creation system, as well as technology in the tech tree to develop.

So this is what we’re working on now, plus the usual bug correction and weapon balancing. It will be a very busy month…

Stay tuned for more info and see you next week! 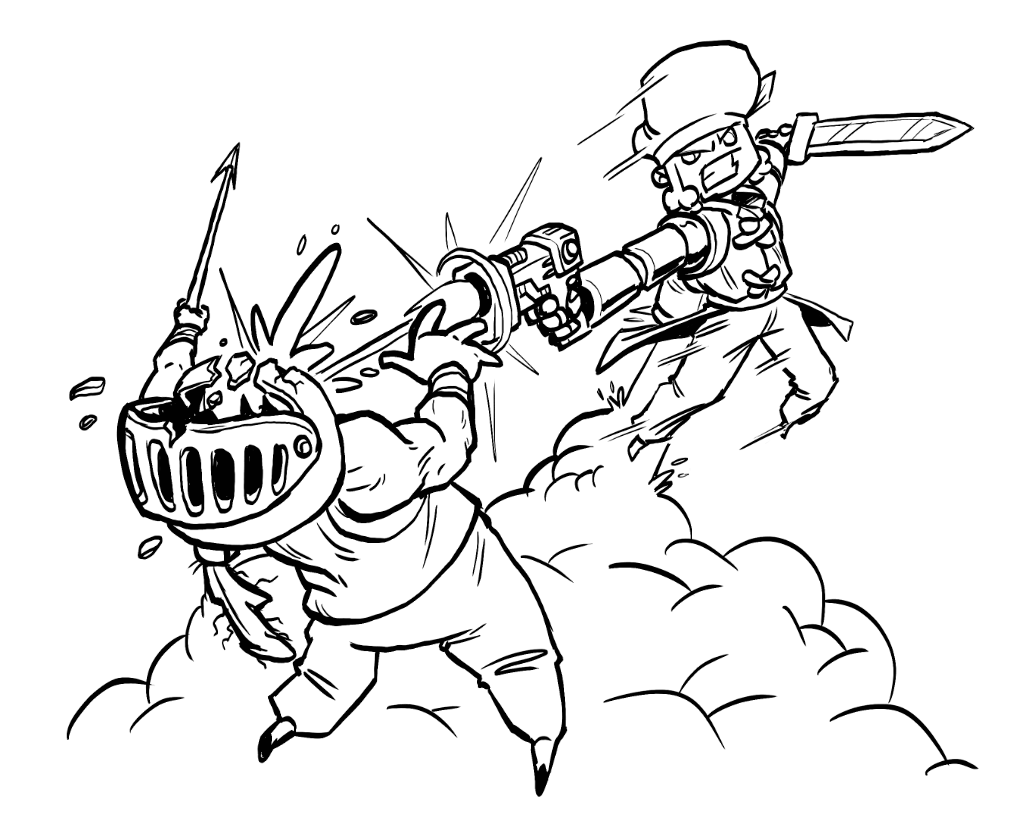