Designer Carlos Bordeu gives a sneak peek of the level design of the game.

The first Zeno Clash and its sequel both had very different approaches for their level design. They both had the common goal of showing players a rich world with very distinct and unique locations - but they both approached that goal from a different angle:

Zeno Clash 1 was made by such a small team that we had to create the illusion of scale by having small combat areas surrounded by larger portions of the world you could see in the horizon, yet never visit. 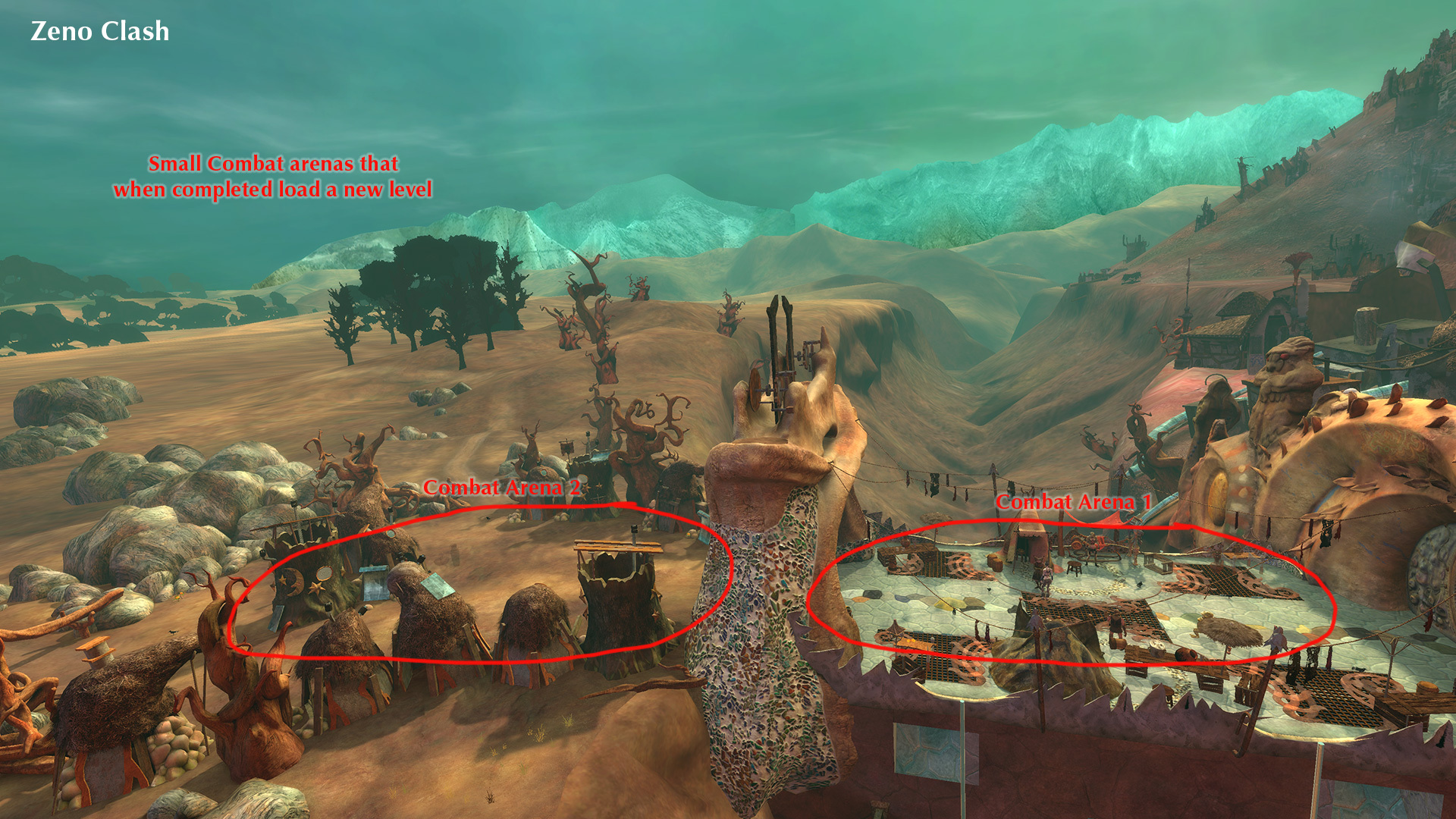 Zeno Clash 2, with its bigger scope allowed players to explore through large interconnected levels, and was much larger, yet the open ended levels offered more space than we were actually capable of filling - making exploration less exciting than we could have hoped for. 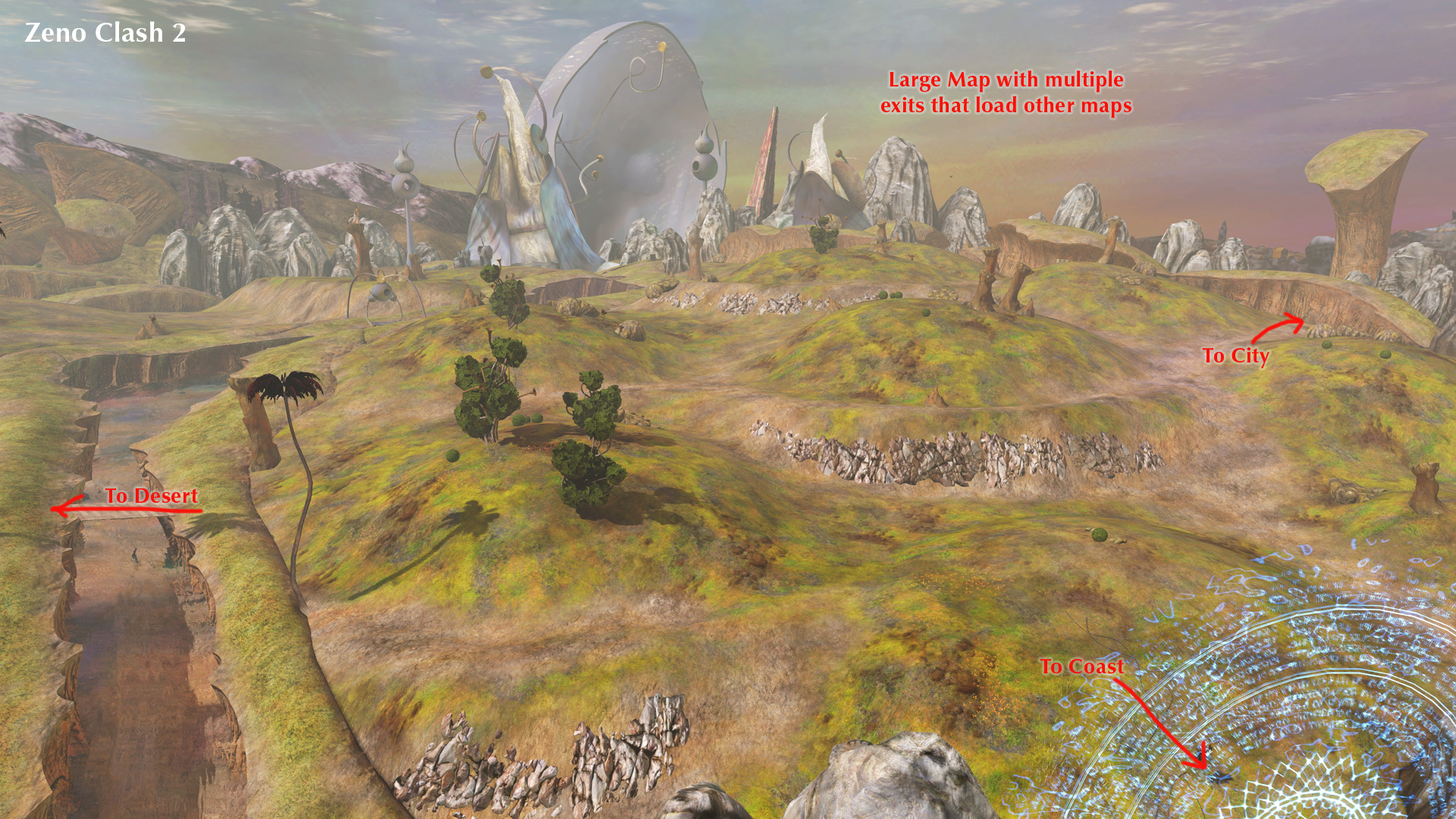 Clash: Artifacts of Chaos is neither “A” nor “B”. It is “C”. And it is much better than our previous attempts. It is also a reason why the Souls games have a strong influence in the design of this game. I once saw a video of famous youtuber “Maximilian Dood” where he ranked Souls-Like games from worst to best, which ended up with Bloodborne taking the #1 spot. Maximilian, despite focusing primarily on fighting games (and combat mechanics), said that it was probably the world design what gave Bloodborne the crown, and I wholly agree. Bloodborne is a masterpiece of level design - and From Software games are excellent in this regard. 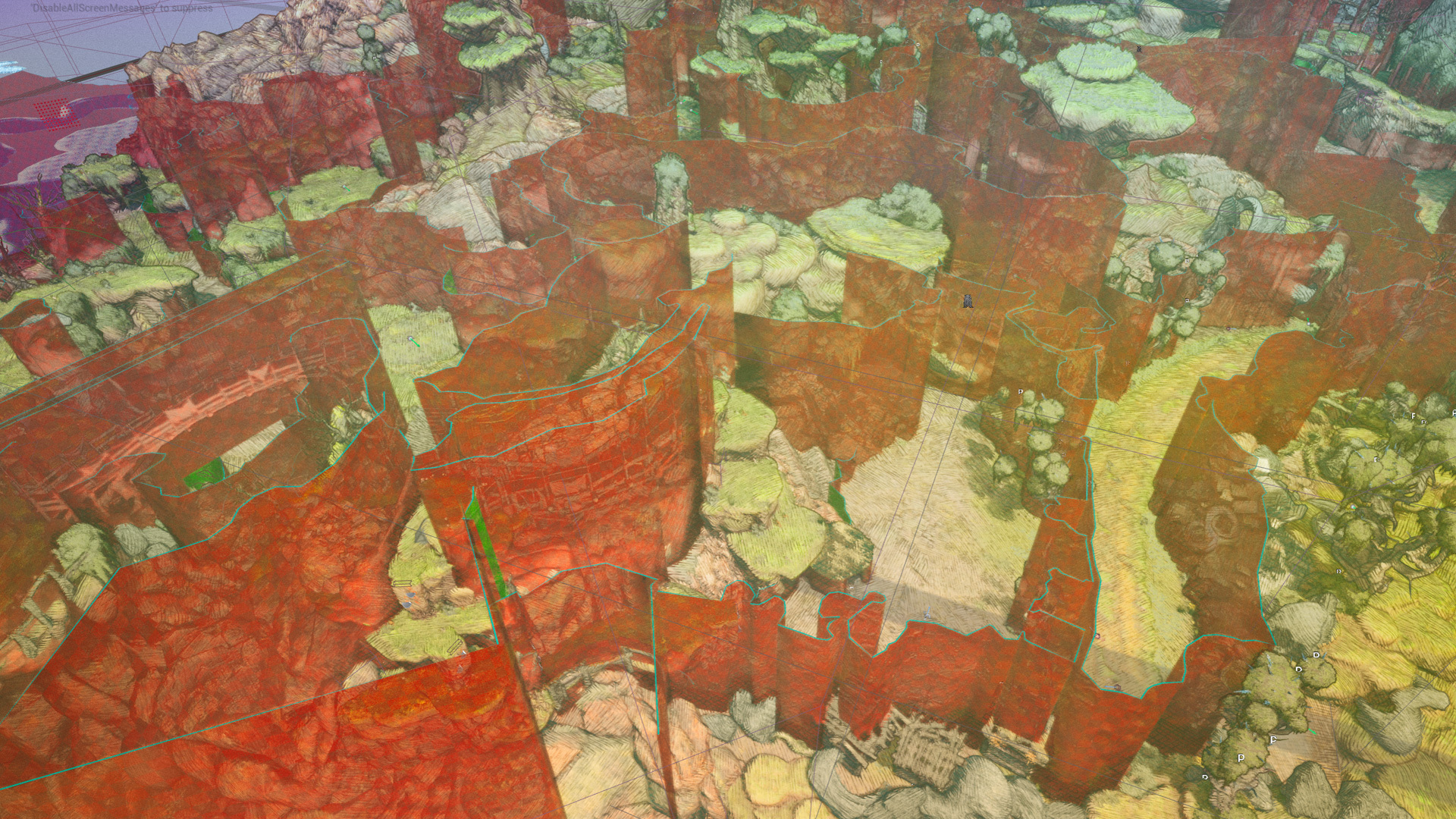 Clash has a fully interconnected world that is inspired by Bloodborne (but is not entirely the same). Our game has no actual discernible levels. It has one large world that never goes into a loading screen. “Maps” (or areas of different themes) are interconnected in surprising ways, and discovering / enabling shortcuts is an essential part of the design. You can also see areas of the game at a distance which you cannot access until later portions of the adventure.

The design is not restricted to small combat arenas, and is not based on large open areas that lead to others. We are doing intricate level design - something certainly new for the series. Maps are not too large or small - they are the size they need to be based on what we expect the player to be doing at the moment. And by itself this leads to a surprising enjoyment of traversing and discovering the world. Just getting from one area to another is fun - regardless of the combat or content of such levels. 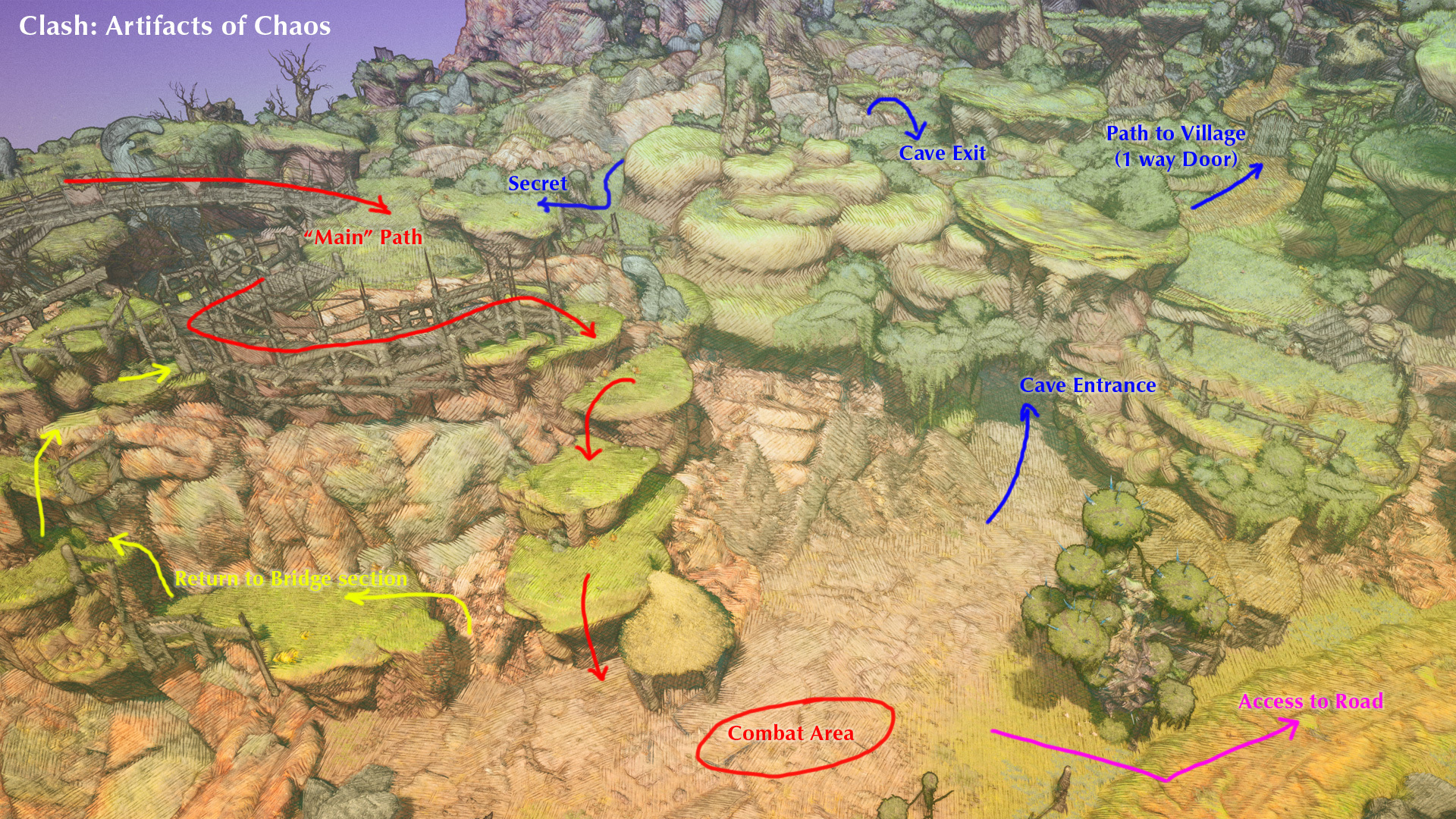 The world and level design has been one of my main areas of responsibility for this project. When we started working on the environments the directive for the team was: “We have a mission - and that is no matter how other parts of the game end up, level design has to be interesting enough to almost carry the game experience through by itself. It has to be one of the brightest aspects of the experience. We are not making a canvas for other game mechanics to exist… the level design must be a game of its own.”

We look forward to seeing people explore our game world next year, and are excited to share more about other exciting features in development. Stay tuned for more information as we continue development of Clash: Artifacts of Chaos.


Wishlist the game on Steam!