As we had our basics down, we faced the problem of conveying who is who. The idea of covering Blind’s eyes was simple, but Deaf was more of a challenge. 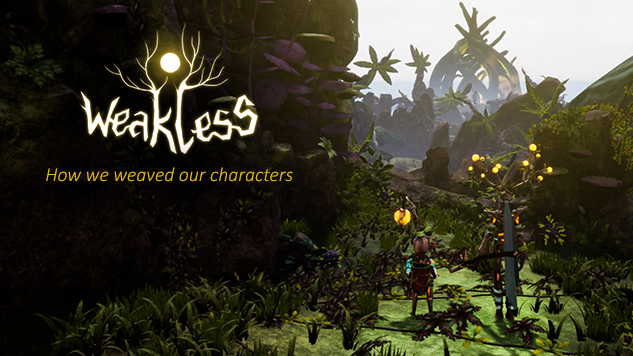 From the very beginning, when the idea to consider our characters not in terms of their abilities, but disabilities emerged, we tried to base their design on their personalities. From the start Blind felt like a rather serious character with a lot of self-control; a bit isolated from the rest of his village, the kind that enjoys peace and quiet. Deaf, on the other hand, was supposed to lighten the mood: a light-hearted character, both interesting and interested in the surrounding world — the kind that noses about whenever they can, closely observing everything around them. 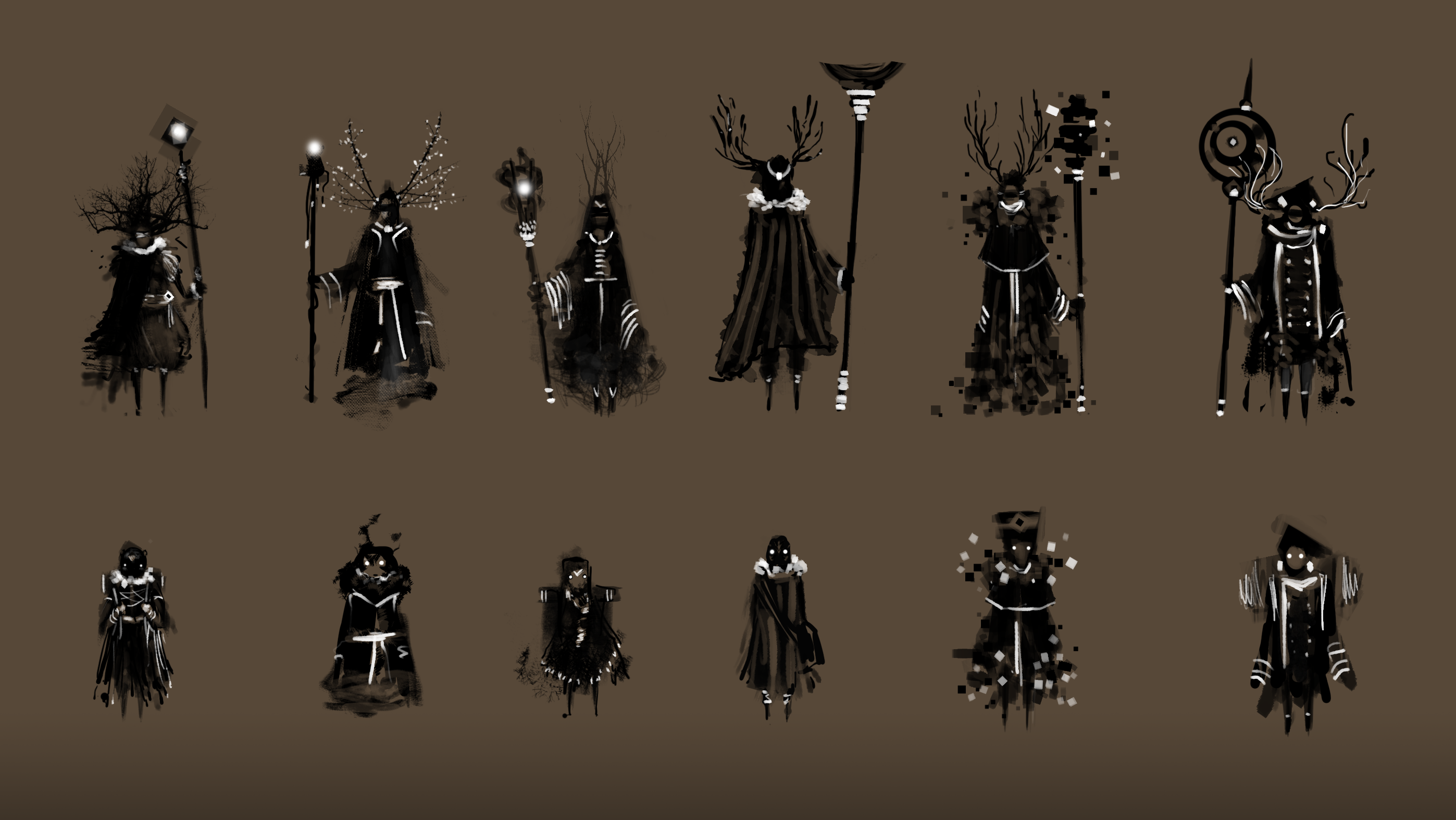 As we had our basics down, we faced the problem of conveying who is who. The idea of covering Blind’s eyes was simple, but Deaf was more of a challenge. On early concept art he sports a variety of hats and other covers for his ears, but we felt it didn’t create a clear message. That’s how I arrived at the idea to take something away from them, instead of adding elements. Since they were supposed to be heavily stylized I didn’t have to limit myself.

Early in the project, both characters were dressed in various robes with tribal ornaments; Blind’s staff was supposed to be made of metal, so he could sense vibrations. Then, I realized that there were already many wonderful characters whose design was based on being wrapped in curtains, and I started to look for something more personal. We wanted to make the entire race unique, so we focused on the organic feel of the world — and that’s how our critters got their antlers that allowed them to hear, and little lights on an antenna, responsible for their sight. This allowed us to better communicate the disability of Deaf and give Blind an interesting twist. 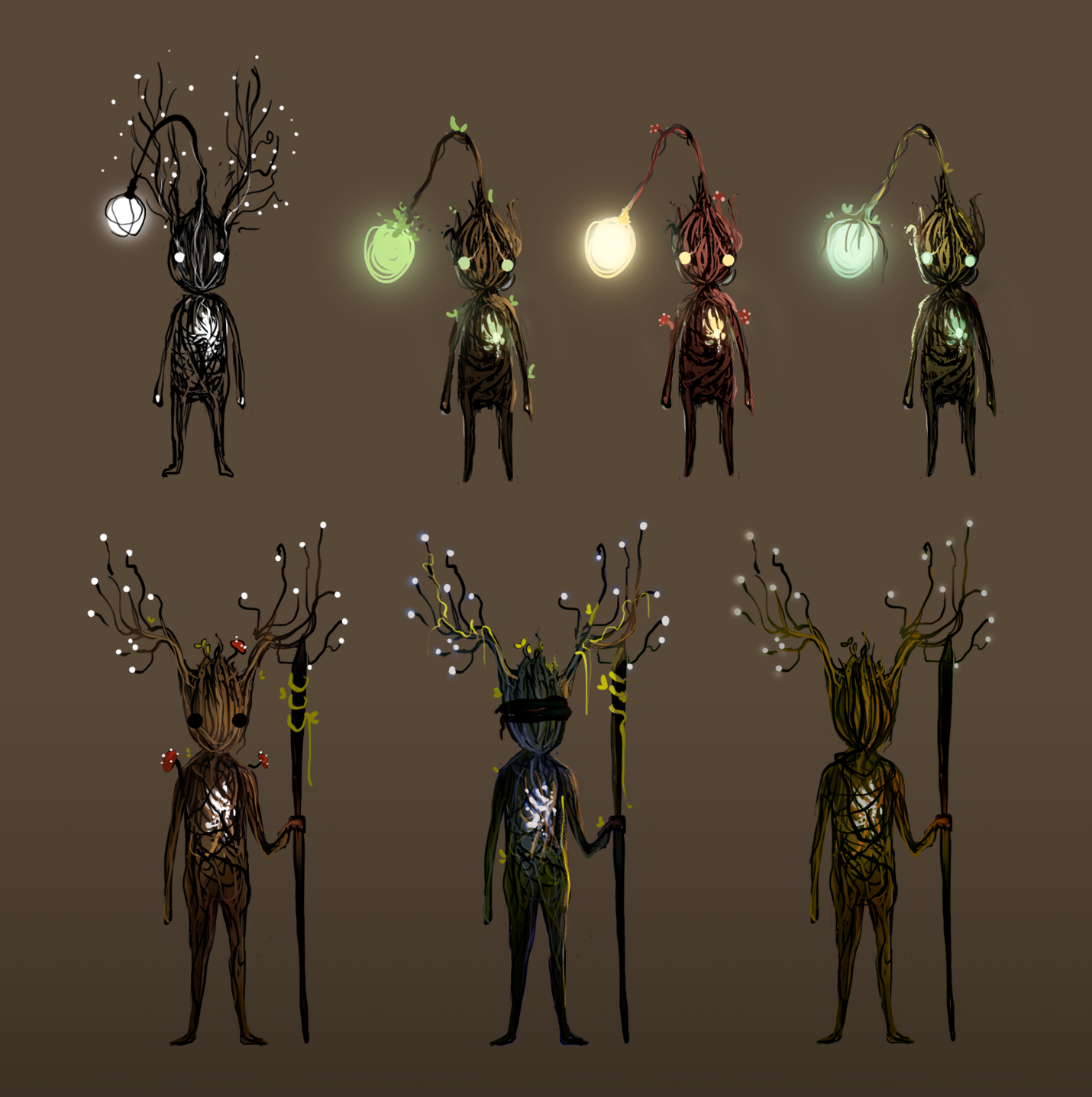 The next breakthrough came when I started to sketch characters woven from roots. We loved their openwork feel, so I added a glowing heart to stress it; additionally, it went well with the lights on the antennae and the antlers. Moreover, now their silhouettes are filled with resin, being the source of their life energy. 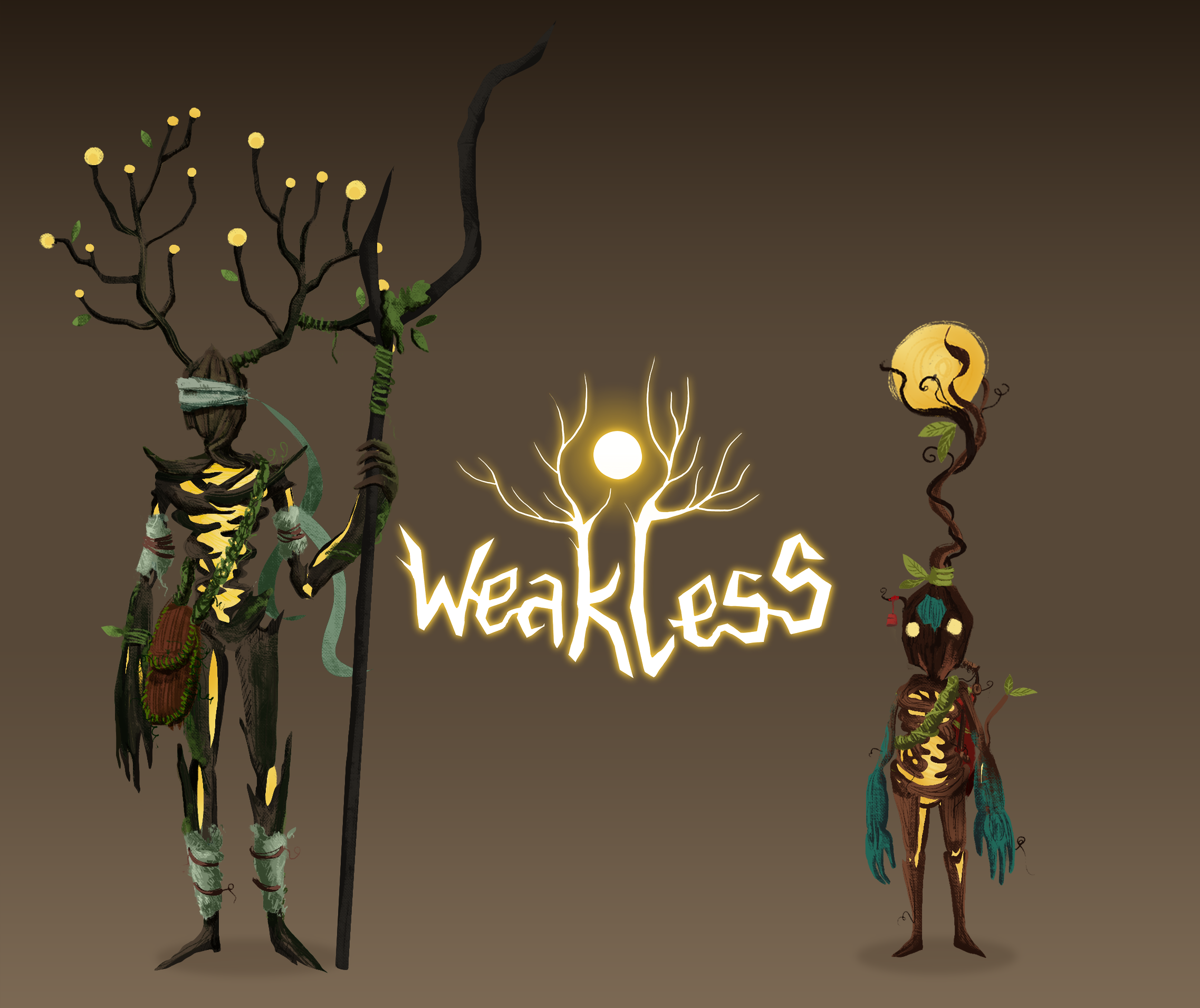 Since then, we saw the birth of Weavlings — wooden humanoids that coexist with nature, sometimes sprouting a leaf or being a home to a tiny mushroom.