In this feature, we will go through the most important improvements and changes since we released our first multiplayer build.

It’s been almost a year since we released the first multiplayer build for The Fertile Crescent. That was version 0.4.0. We’ve quietly uploaded new versions since then. Today, we released version 0.4.8!

Bear in mind that there have been so many small changes and improvements that we are only including the most important ones in this feature. 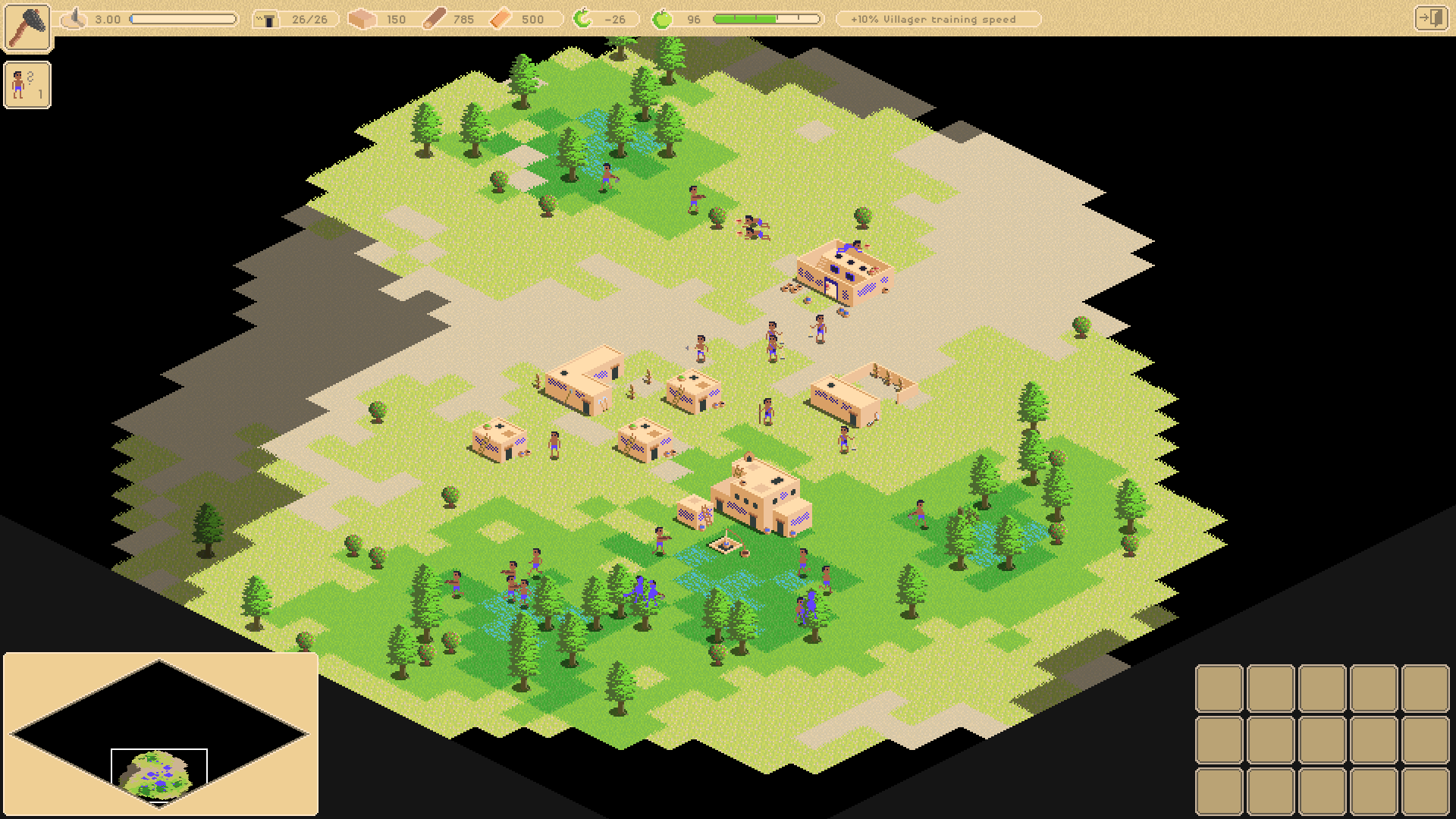 Watchtower
This was an important addition to make your base less exposed to enemy raids. It functions like a shield for garrisoned units, in addition to increasing their vision and attack range. 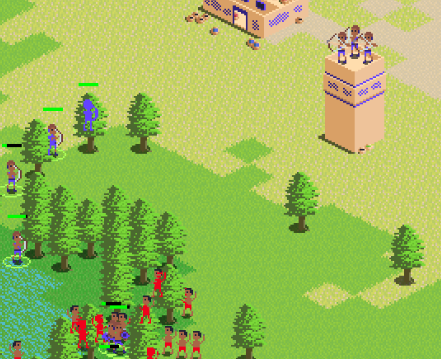 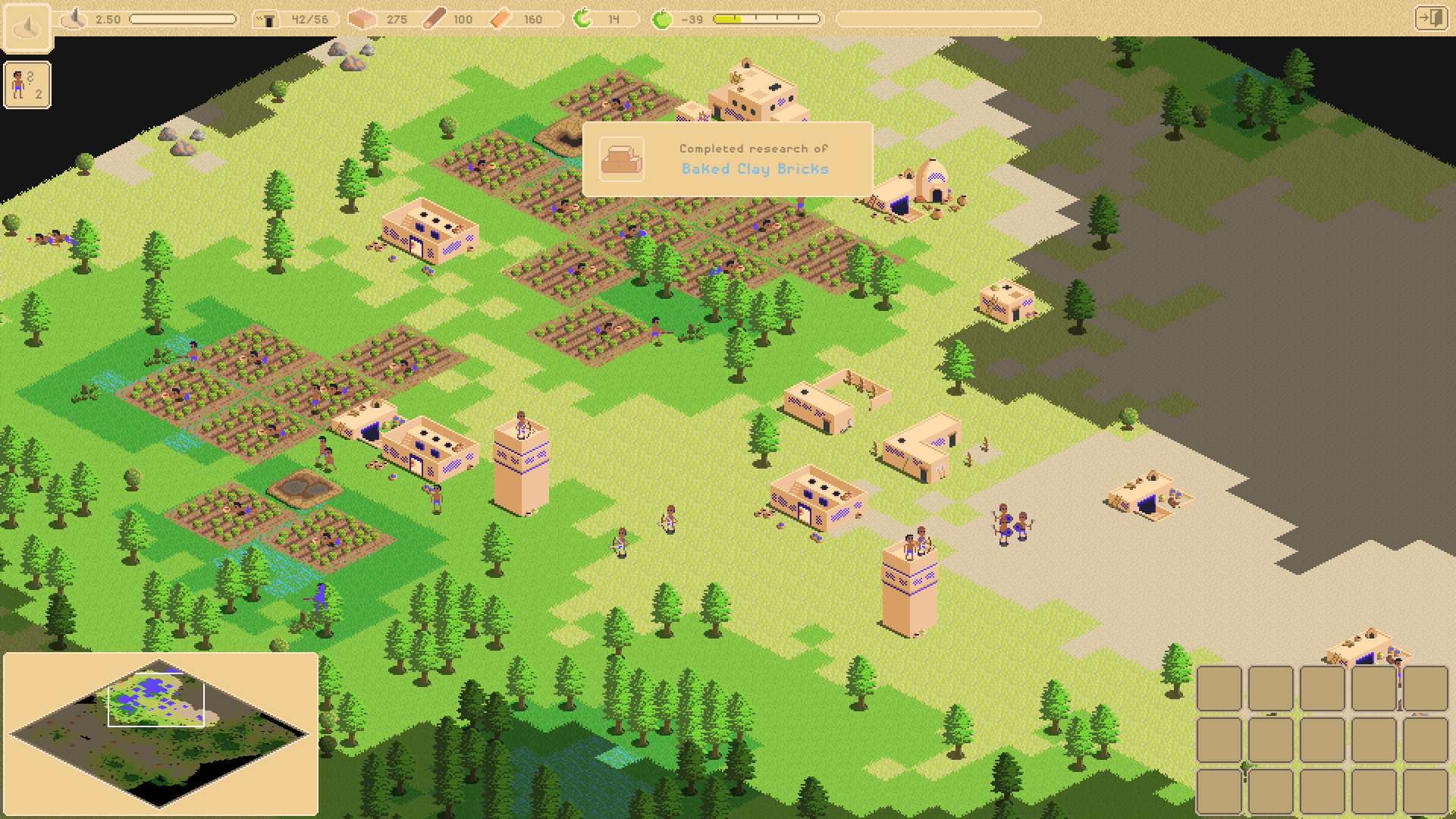 Bricks and clay pit
Buildings now require bricks for construction. They still require wood, but not as much as before. Bricks must be harvested from a clay pit. You need to construct a clay pit on at least one marshland tile (which is also a new addition). 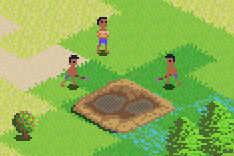 Removed wealth
We have completely removed wealth as a resource. This has made farming food even more important, since military units now cost food to train (and they still consume food over time in addition).

Larger armies
One important feedback that we have received from the community is that it has been too hard to train and maintain a large army. Players became too preoccupied in just making sure they didn’t starve. Therefore, after testing, we decided to slightly increase the speed of foraging and farming. With the addition of Watchtower, which can increasingly deter and cope with enemy raids, players now have a better opportunity to build up their economy to sustain a larger population. Focusing on research is also a more viable option now.

Longer battles
We have decreased the attack speed of all units. This makes battles less of a click-fest that can end almost instantaneously, like in Starcraft II, which has never been our aim. We want players to have time to react and think strategically. 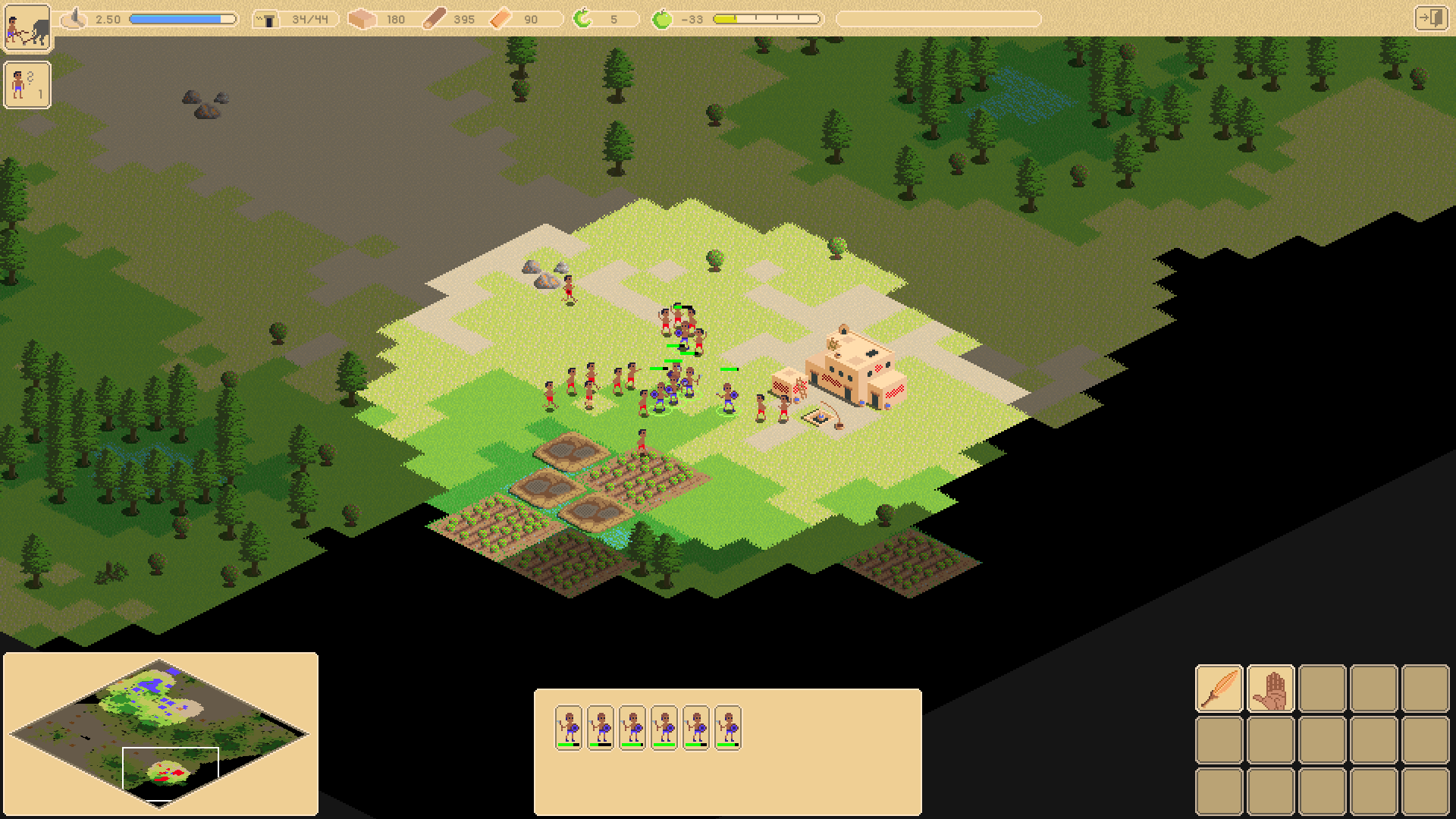 Map changes
The map generator has been balanced and spawn rates for resources changed. For example, your tribe will always spawn next to some fertile land, and at least one marshland tile, so you can easily construct a clay pit.

Game balance
All units have had their roles redefined and most of their stats tweaked, and there are now 2 tiers of units. The most basic, tier 1 units, can be trained right off the bat. To train tier 2 units, you now have to research Organised Warfare. 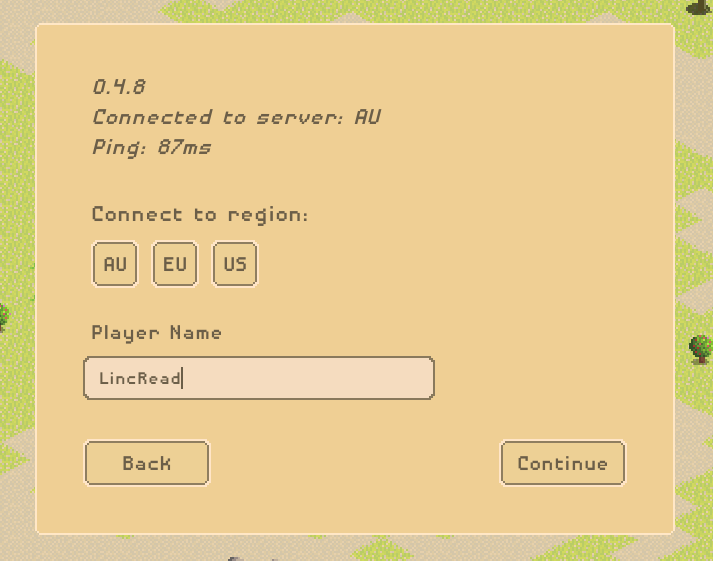 Other important improvements include

The focus has really been on streamlining and polishing the game, and not so much on new content. From here on though, we will slowly focus more and more on new content.

Looking for someone to play against? We have a friendly community on Discord with channels for matchmaking:

Interesting, will give it a try.

Let us know your thoughts!