A brief look at currently running game projects on kickstarter: five projects that have promised Linux support, and a couple more that might still be persuaded to add Linux support


If any fellow Linux gamer finds a game here intriguing enough to pledge for it, please take a moment to use the kickstarter comment system and/or private messaging system to thank the project lead for supporting Linux. This helps remind them that while we may still be a small minority, we are dedicated and polite!

Hero U: Rogue to Redemption

Role-playing adventure in the "Quest for Glory" spirit

Hero U started out classifying Linux support under the first stretch-goal based on recommendations of the lead programmer, but then one of the project co-leads decided to handle Linux personally after it became apparent that the base funding goal of $400k is going to be down to the wire.

For those who are not familiar with the classic Quest for Glory series, this RPG/adventure hybrid was famous for providing well-developed fantasy stories while allowing player choices to make a deep impact on the storyline, plus they incorporated an appealing sense of humor. Hero U is intended to kick off a new series with these same strengths, but replacing the earlier real-time combat with a turn-based system so that the combat emphasises strategy and thoughtful choices more like the rest of the game. The co-leads bring many years of tabletop RPG experience to their design, and that is a large source of their inspiration for making these hybrid games. I don't know of anything else with this sort of flavor among modern games (feel free to correct me in the comments, especially if playable on Linux) so personally I have big hopes for Hero U if the typical project-end burst of pledges is large enough to make the goal. There are currently 8 days left to pledge and help make this game happen.


Fast-paced futuristic racing game with stunts including jumping and flight

Distance started out on Mac and PC, and added Linux support after seeing a demand among potential backers. The $85k currently raised is quite respectable for a new indie studio, probably because the project leads previously released the popular free racing game Nitronic Rush while they were still students. Perhaps appropriate for a racing game, this is looking to be a tight finish -- kicktraq projection cone currently shows the project missing the $125k target by only about $8k. A strong showing from Linux fans during these last 5 days of the project could certainly help turn this one around.

Interstellar Marines is currently being developed on Unity 4 and promised to support Linux from the start of the kickstarter. This project has had a long history with some bad luck, but the leads are very determined to find some way to make this game. The previous engine did not support Linux so I have not actually played the demos, but the videos look rather spectacular. There are still over 2 weeks to go for the kickstarter campaign, but at a bit under 1/6 of the needed funds it appears to need some good luck in publicity in order to come out funded. 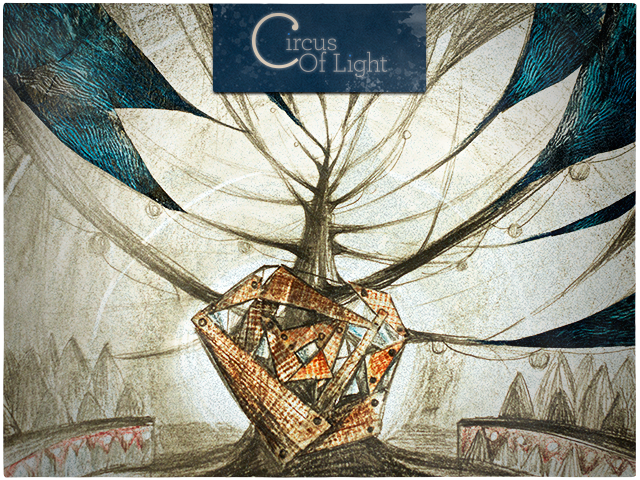 Again, Circus of Light started out on Mac and PC, and added Linux support in response to queries from the Linux crowd lurking at Kickstarter. This is one of the early projects to take advantage of Kickstarter's new European support, and according to current conversion rates their goal is in the ballpark of $25k, modest for a game project. Despite this, the going looks rather slow so far -- a decent number of Linux backers signing up could help build the needed momentum and make a significant impression on the sponsoring company.

FORCED is another Unity 4 game that has confirmed Linux support right out of the gate. The game does provide a single-player mode, but it looks like it will really shine in co-op mode with some unusual teamwork mechanics. With about half the campaign time spent, FORCED is at 47% of the minimum goal, so it has a good shot at reaching its goal.

Category: projects with Linux under consideration

CryENGINE 3 is the game engine upon which Star Citizen is based, and it currently supports Android but not desktop Linux (or Mac for that matter). The porting investment should not be too huge given existing OpenGLES support (don't assume it's "trivial" because desktop performance would likely be pathetic unless they take advantage of a lot of the features added by full OpenGL) so the Star Citizen team is currently doing a poll to see if there is enough interest among Linux and Mac fans to bother investing in ports.

If you haven't already done so, consider voting for Linux support at this poll. No account is required. This will have the most impact if you avoid picking any of the other choices currently ranked above Linux (for instance, voting for a Mac port or a language translation as 2nd and 3rd choices would be fine). 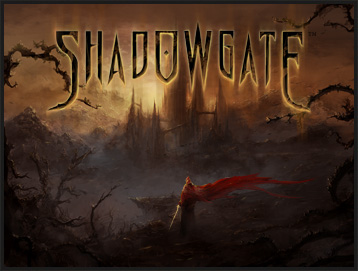 The original Shadowgate has seen many ports to various platforms, but for this latest remake with extensive graphics upgrades and modernization, the team has chosen to license an existing game engine rather than rolling their own. The problem is that this choice has not been finalized, and at least one game engine lacking Linux support is in contention for being selected. Private messages to the project lead have found him friendly to Linux users but still non-commital on the engine selection, so if you are interested in Shadowgate and already registered at kickstarter, consider dropping him a polite message to indicate additional Shadowgate interest among Linux users. To send such a message, go to Shadowgate project home linked above, then click on "Contact me".

Great list, wormo! I've backed Hero-U (deeply!) and Distance (for a pair of licenses). I've written to the Shadowgate team, and it sounds like they're very interested in Linux, so I'm watching that project. Backed Star Citizen for $1 because Kickstarter broke their "starred project" feature, and I figured that someone ought to follow it on behalf of the Linux community, just in case Roberts does in fact commit CryENGINE to greater platform support.

You are missing: Sir, You Are Being Hunted.

Yes, no open source, but it's really no dealbreaker. All of the devs listed above are indies and rely on the income of the games to make a living, which is arguably hard to make with open source games. I believe that Linux needs open source games as much as proprietary games to become more appealing to a wider audience.
And Wormo, great list! I wish I had time to make one like that over at the thread Indiedb.com , this is a much nicer format. It's very important to discuss and spread the word about Linux Kickstarter projects, and features like this one are what I'm talking about.

Actually, it is on there! ModDB and IndieDB are both in the same network (your user account works in both places, and some content is mirrored between the two):

Some people have been talking about getting more free software projects on kickstarter; I would totally be up for trying to spread awareness if that happens.

A Blender improvement project came up, but the project creator was not able to establish enough credibility to demonstrate that they were, in fact, sanctioned by the Blender Foundation.

Credibility is a huge issue with projects like that. That said, there are actually several free software projects that have succeeded. I'll dig up a list sometime, but it's not really germane to ModDB (so I won't spam it here).

Don't sweat it, just keep spreading the word -- kickstarters that are that close to success have a record of getting a nice boost in funding right at the end.

That is interesting stats on the funding lag Wormo - I would be pleasantly surprised to witness this happen... On Linux: Didn't Corey Cole say he would take personal responsibility for Linux support in Hero-U:Rogue to Redemption? It reminds me of John Carmack with Doom III. (Now if only id software would make an RPG and get the Coles involved; classic 90s gaming. True spirit).

Updates on above projects:

Distance has funded. Yay! It also has stretch goals which included recording/playback/slow-motion of runs, as well as procedural track generation (which has me the most interested).

Star Citizen broke records, with no mention of Mac/Linux beyond the poll (in which Linux sat strongly at 20%).

Shadowgate has met it's goal and is in stretch goals now (one of which, at $150K would include the open OUYA android console project). Zojoi clearly never intended to proceed to game engine selection during the campaign, so any nice Linux announcement will, of course come after we can no longer support its development :-P

FORCED will make it's goal today.

Circus of Light needs a miracle to reach it's goal in four days. While endearing, with a lovely hand-drawn aesthetic, it needs no less than £3K per day to reach it's goal. This is, of course, nowhere near an impossible quantity for a Kickstarter project, but without that momentum leading up to the end, it would take high-profile media or celebrity attention to achieve.

Interstellar Marines: Prologue sits at 25%, nearly twice the level it was at when the article was posted, but still needs an unheard-of push to successfully reach it's goal. It looks cool enough to back, and I have done so, but I hope they are deep into creating their "plan B" relaunch scheme.

Status of other projects of note (two mentioned above):

"Maia", by Simon Roth (the developer who, among other things, brought Terry Cavanagh's VVVVVV to Linux by porting the game's engine from Flash/AS to C++) has promised a Linux port from day one (I know; I was a day 1 backer). It still has some time for those who only back "winners" to pile on: Kck.st

"Sir, You Are Being Hunted" was also committed to Linux on day one (whence I backed, as well), and has over-funded to nearly 200%: Kck.st

"Legend of Dungeon" is described as "a four-player co-op roguelike-like beat'em'up with dynamic lighting on awesome pixel art." I would say it looks like Superbrothers: Sword & Sorcery EP meets Double Dragon, with four-player local co-op and procedural content (levels, music and items). I, personally, think it would do pretty well on a certain piece of indie console hardware: Kck.st