ENIGMA, the Extensible Non-Interpreted Game Maker Augmentation, is an open source cross-platform game development environment derived from that of the popular software Game Maker. Its intention is to provide you with a quality game creation tool and a bridge between high- and low-level programming languages. It can be used either through an IDE, namely, its sister project, LateralGM, or through a Command line interface.

Like Game Maker, ENIGMA comprises both an easy to use Drag & Drop system as well as its own programming language. This programming language, known as EDL, is essentially a mix between C++ and Game Maker's GML. Part of ENIGMA's goal is to remain backwards compatible with Game Maker, serving for some intents and purposes as a Game Maker compiler, however, EDL offers many very powerful features which simply aren't present in the alternative. Such features include the ability to compile DLLs and other C/C++ scripts right into the program and access C++ types, templates, and functions.

Since its inception, major changes have been made. A new release of the IDE can be obtain from the repository and the installation scripts on the WIKI updated to accommodate these changes.

For Arch users, a new script has been made, with all the dependencies mentioned to get your setup up and running. Testing has been done on Linux distros such as Antergos and Mangero with great results. 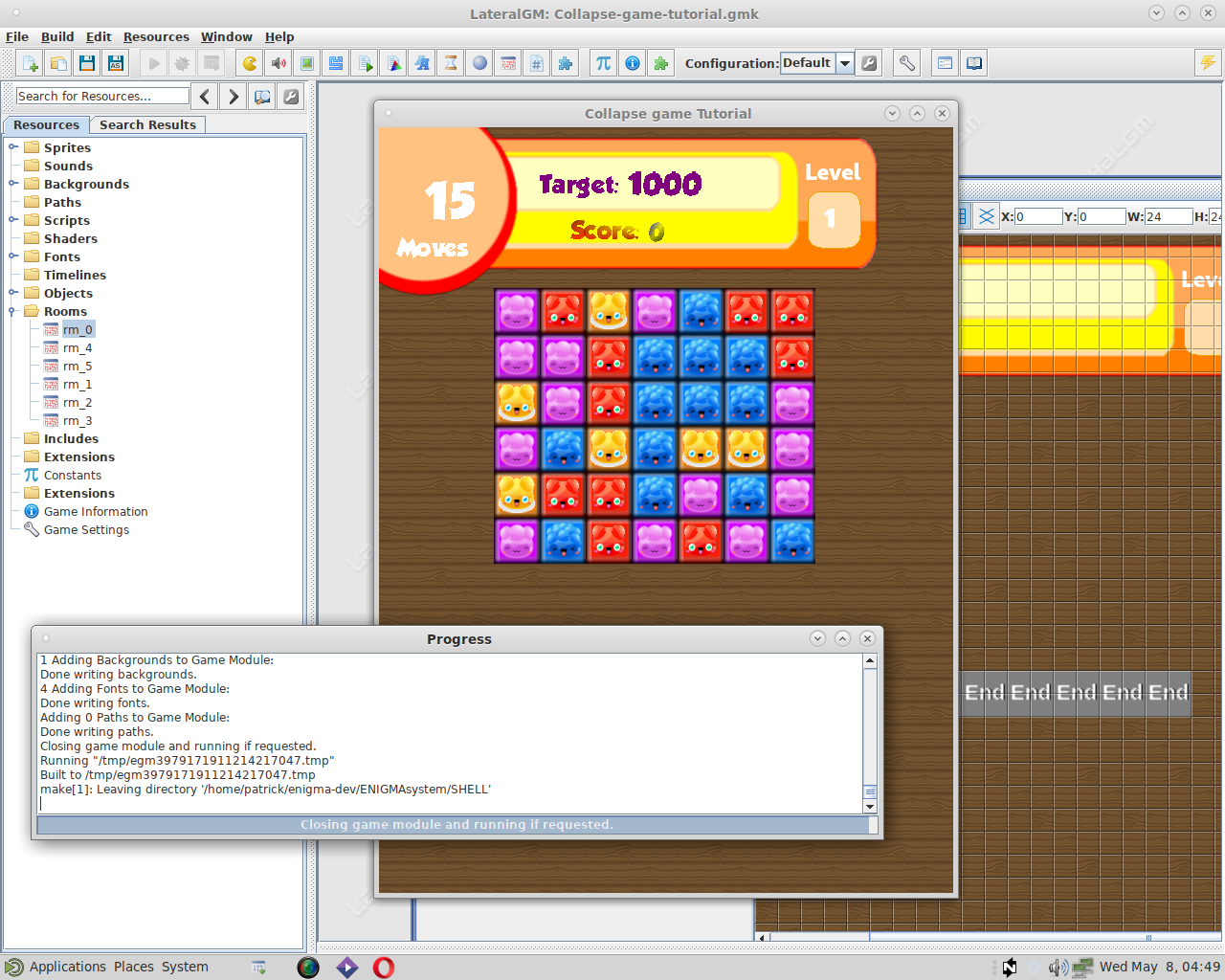 1) New event selector based on a mock-up by Josh which is a critique of the GameMaker 5 event selector.
2) Fixed translations that already existed but where the keys have been renamed. Also provided new translations where possible using Google Translate.
3) Cleanup of the GMX writer including refactoring of group writing.
4) Memory leak fix in the GMX and GMK readers.
5) Fixed some inconsistent use of certain icons.
6) Fixed some action list behavior including exceptions around clipboard options and empty selection.
7) Fixed clipboard copying of actions using a deep copy addressing the linked actions issue.
8) Fixed resource name completions in the code editor.
9) Fixed default sprite transparency which addresses issues with loading GMX projects after GMK projects.
10) Improved external editor error handling with custom error messages directing users how to resolve desktop editing failures themselves.
11) Made it easier to import multiple sprite sheets to the same sprite by making the "Add Sprite-sheet Sub-images" button not clear the sprite's previous sub-frames first.

The new Event Selector is a welcome change to the IDE and one of its better features. No more do one need to move all over the screen to add. delete events. Everything is compact in one place where you edit/make changes to your objects. 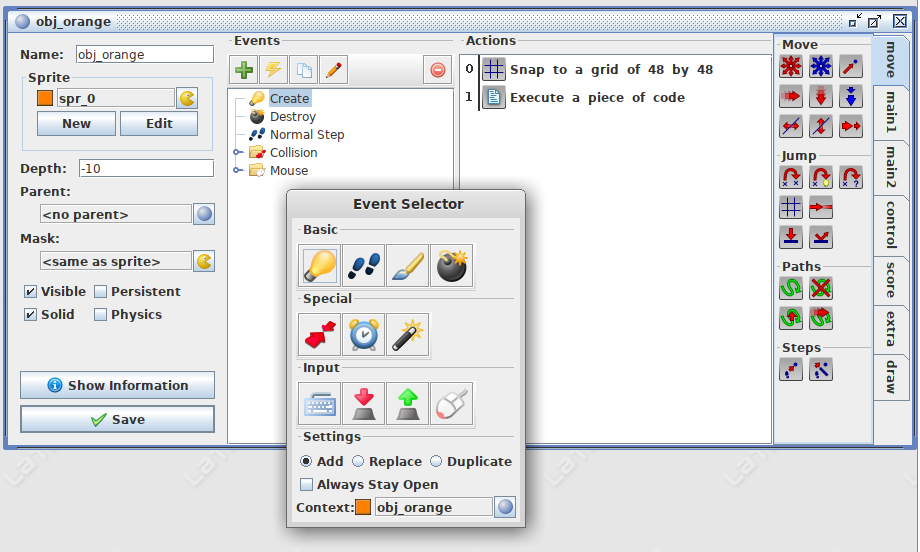 To download the newest version of the IDE, you can go to this link: LateralGM V1.83

We are now developing a native command line interface to compile projects without the requirement of an IDE and it is going very well.

Mod SDK & Community
Built a game for ENIGMA Development Environment and want to support mods? Try mod.io, a cross-platform mod SDK created by Indie DB which makes it easy to get a mod community up and running in-game. Currently seeking games to integrate and promote