The world’s most open and advanced real-time 3D creation tool, Unreal Engine 5 will be available in preview in early 2021, and in full release late in 2021, supporting next-generation consoles, current-generation consoles, Windows, Mac, iOS, and Android. Its novelties are Nanite and Lumen system.

Nanite virtualized geometry means that film-quality source art comprising hundreds of millions or billions of polygons can be imported directly into Unreal Engine — anything from ZBrush sculpts to photogrammetry scans to CAD data — and it just works. Nanite geometry is streamed and scaled in real time so there are no more polygon count budgets, polygon memory budgets, or draw count budgets; there is no need to bake details to normal maps or manually author LODs; and there is no loss in quality.

Lumen is a fully dynamic global illumination solution that immediately reacts to scene and light changes. The system renders diffuse interreflection with infinite bounces and indirect specular reflections in huge, detailed environments, at scales ranging from kilometers to millimeters.

I’ve always found that making the ‘game’ - the part where the player spends 95% of their time - i.e. the levels, maps, characters, etc. takes about 50% of my time, another 50% is spent on menus/UI, DevOps, non-core artwork, OS-specific code, testing, etc. and the other 50% on marketing, press, conferences, publishing, financial, etc. (Yes, I know my math doesn’t work).

Anyway, after about 8 iterations,I think I now have final artwork for Paladin’s Passage’s hero images and logo. 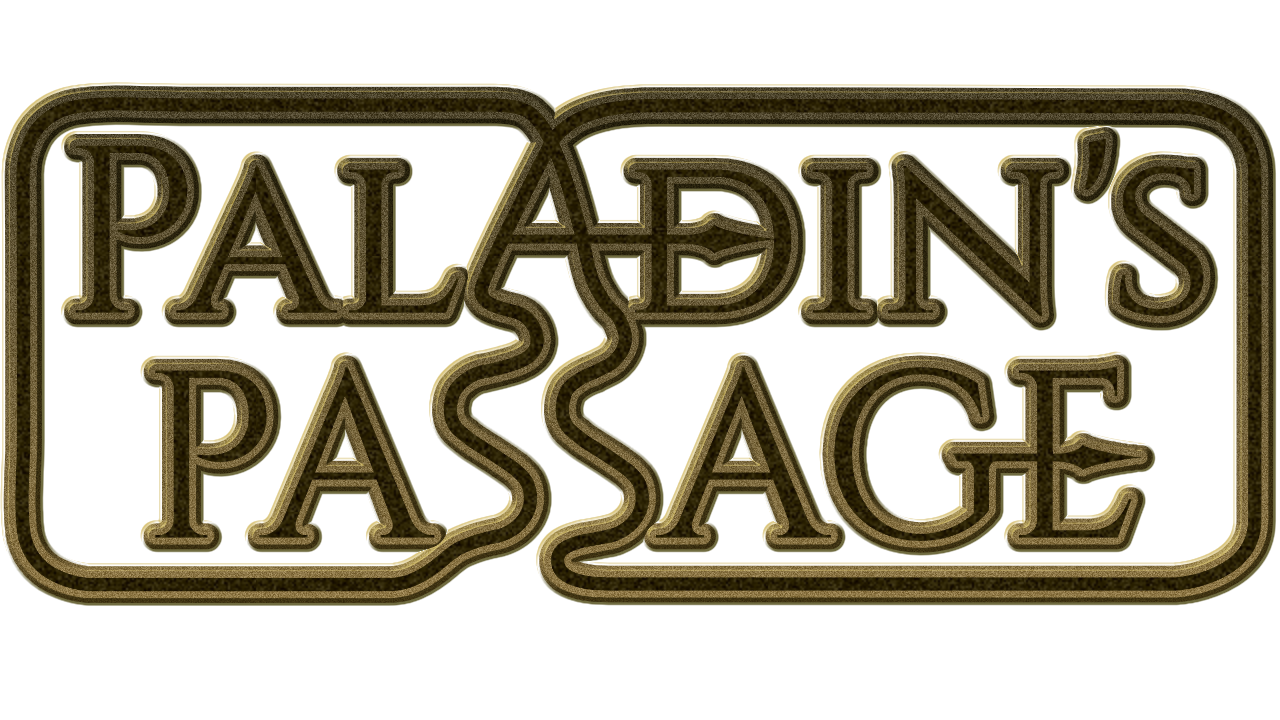 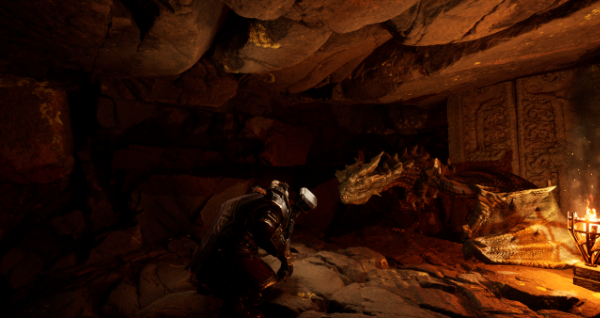 I'm also working on getting the game working on both MacOS and Linux, in addition to Windows, which is proving challenging due to the demands of UE5. On my M1 MacBook Pro, it runs quite well (no Lumen or Nanite), but on my older Intel MacBook, it renders green shadows. No idea what's going on there, perhaps the UE 5.0.2 build will help!?

I've also added a new 'kinaesthetic' hands-on tutorial. Here's what it looks like in the demo: 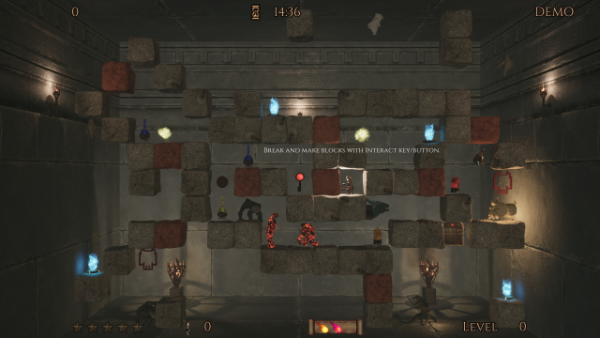 Regarding Steam NextFest, I'll be posting a new demo build a few days before (probably around June 2nd, so it catches the press coverage from Valve), and doing two broadcasts of gameplay and the built-in level editor.

Then, the day after NextFest wraps up, the production Early Access build with all the levels and features will go on sale on Steam. You can hop over and Wishlist the game now, if you like (much appreciated in advance!).

The second beta playtest build for Paladin's Passage is now available for public downloads on Steam.

We're here to update you all on DoomsDay's progress over the past two weeks!

Logo and Weapon and Alpha Test

With the fusion of magic and technology, Nim created his first weapon so let's check out it together with our Game Logo and our Alpha Test.

From stones and magic to Golems

A world where magic and technology were fusioned, armies were created. Now they are ownerless and run free. Today we want to present the first type of...

Explore deep beneath the ancient, ruined city of Delphi. Discover a secret, magical artifact that holds the power to save the Roman Empire. Many have...

WWII Online: Chokepoint is an engaging and authentic World War 2 multiplayer FPS experience that puts you in the boots of the soldiers fighting in Normandy...

It's an homage. Move along if you don't like below average wall of text attempt to a convoluted story...

A single-player starship colony simulator game with RPG elements, set in a vast galaxy waiting to be explored!

Pyramis is a brand new H.R Giger & Alien-inspired survival horror game, that will bring back the genre to its roots and modernize it in the process. The...

Mines are randomly distributed. Find where they are by removing blocks. Beacons will guide you by showing how many adjacent Mines there are, if any. You...

The House In The Hollow

The House In The Hollow offers players an immersive, first person, playing experience. Explore an atmospheric location including an imposing Art Nouveau...

Nim: Discovery of the Past

"Nim:Discovery of the Past" is a 3D single player FPS and action-puzzle adventure game where Nim will have to explore a post-war world trying to fulfill...

Fan-made spinoff to the 2013 survival horror game, Slender: The Arrival.

I'm waiting for it to make my own game. Making assets and planning for it.

lol waiting for gears 6 using this engine, there will be no unreal tournament 5 at all

It seems quite promising. This engine has enormous potential. It's definitely immersive and realistic.

I have longed for a third installment in the KotOR series and it would be a dream come true if they made it using this software, but it's only wishful thinking. To be honest, I'd love to see another Witch-er video game, because this franchise has limitless potential and relatable characters. And I've seen the Witch-er III launch cinematic numerous times and that's what I wish to see in a sequel.

I honestly think that games have a bright future. And new game engines will merge with reality to some extent someday. I'm glad that visuals will be so realistic now and that they'll encroach/border on reality in the near future. So excited.

Mod SDK & Community
Built a game for Unreal Engine 5 and want to support mods? Try mod.io, a cross-platform mod SDK created by Indie DB which makes it easy to get a mod community up and running in-game. Currently seeking games to integrate and promote