CrystalSpace is a portable modular 3D SDK, including many components for building various applications and games - these are still quite useful for projects that do not involve 3D. CS is still very much in development, so anyone who feels inclined to do so can contribute to the source. There are a number of incomplete components still needing to be finished, and a wide array of possibilities for new contributions; for more information about what is missing and a list of currently known bugs, please visit the Developer's Project page at SourceForge:

We are happy to announce a new PlaneShift release: 0.5.9!
This release improved many of the main maps with better lighting, new sounds and music, better NPC day/night cycles, normal maps and new textures. Additionally we added many new functionalities to the PlaneShift Engine, which will allow to add new content in the coming weeks and months. 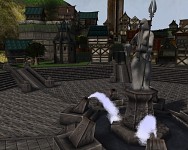 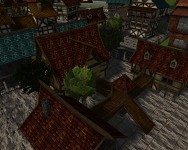 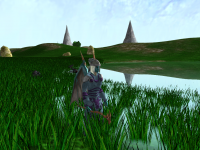 Eulora is an MMORPG with a real cash economy, published by the Ministry of Games. Mining is functional. You explore the environment (command /explore...

PlaneShift is a Role Playing Game immersed into a 3D virtual fantasy world which is Open Source and FULLY FREE to play. Fully free means you will have...

Where do I download the version to make the games?

Mod SDK & Community
Built a game for CrystalSpace 3d and want to support mods? Try mod.io, a cross-platform mod SDK created by Indie DB which makes it easy to get a mod community up and running in-game. Currently seeking games to integrate and promote