Bloxel is a flexible, lean, and fast voxel engine written in C# with the XNA framework. It can be used for a plethora of games, including RPGs, shooters, and sandboxes.

What games run on Bloxel?

Last week, I showed a "sphere" generated from dual contouring.

I'm pleased to now say that the new engine has advanced a lot, and is now capable of producing terrain! 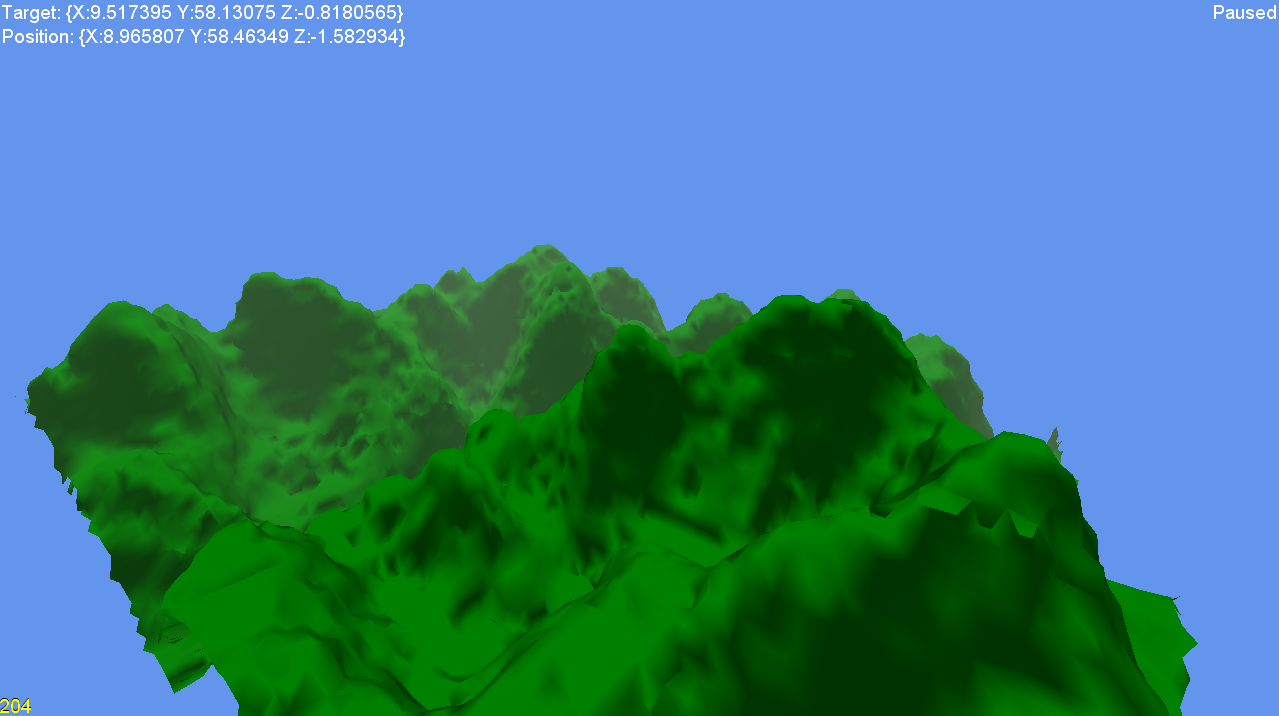 As you can see, there are still some lighting artifacts, but the terrain itself seems to be properly generated. The next step is probably adding functionality to modify the terrain, and after that, some level of detail code to possibly triple the render distance.

Well, that's it for this week! Next week, expect to see a video (although I can't guarantee it) showing the ability to modify the terrain.

If you're looking for more frequent updates, check out the forums! I generally post daily there about what I worked on for the day.

A new octree system is in the works for terrain! Also, we've upgraded our forums! Check there for more frequent development updates.

Work has begun on the new engine! Take a look at this week's progress.

War of the Voxels is due for a major makeover... read to find out!

The lighting system in War of the Voxels has been drastically improved! Take a look at the lighting in action.

War of the Voxels

War of the Voxels is an upcoming free first person shooter. The world is completely destructible, and either randomly generated or custom-made maps can...

Labyrinth is a 3D horror game that takes place in a randomly generated maze filled with monsters. Escape the maze to win.

THIS IS AWESOME! Now even I can make a minecraft clone! Thank you! ^_^ I hope the mac version gets released the same time as windows... mac user.

I will use this engine when it comes out, can you make zombie games in it?
"ZombieBlock"

All the engine is, well, an engine. It doesn't have any preset gameplay; all it does is manage and render a gameworld.

(So the answer is yes)

I am geting this for sure I going, make a game called UnlimtedCraft anyone, welcome to help soon it, comes out.

Mod SDK & Community
Built a game for Bloxel and want to support mods? Try mod.io, a cross-platform mod SDK created by Indie DB which makes it easy to get a mod community up and running in-game. Currently seeking games to integrate and promote