Part one of how to record voice samples and add them to the game to be used by AI pilots.

This tutorial explains is how to add voice samples to the game.
First, to proceed with this tutorial it is required to have the Audacity installed (or any other audio editing tool)

You can the audacity in their home page:
Audacity.sourceforge.net

Now onto record the voice, currently the game has several specific situations where the pilot can say something.

You can record how many lines you like, and the voice pack becomes even better if it as a large quantity of phases per situation.
But keep in mind, at least for the most frequent situations, like missile fire, fire gun, and was hit. The voice pack at least should have more than four phrase to avoid over repetition and if possible it is recommended to have at least ten for the most recurring situations.

It is recommended to record the voice in a calm tone of voice, but anything is fine.

To record the voice is recommend to keep some distance from any electronic hardware, especially cell phones to avoid static. But do not worry if tour recorded voice contains noise, because it this tutorial will be explained how to remove it, because of this, try to record some time in silence (one or two seconds are more than enough).

After recording your samples, open one to start editing. 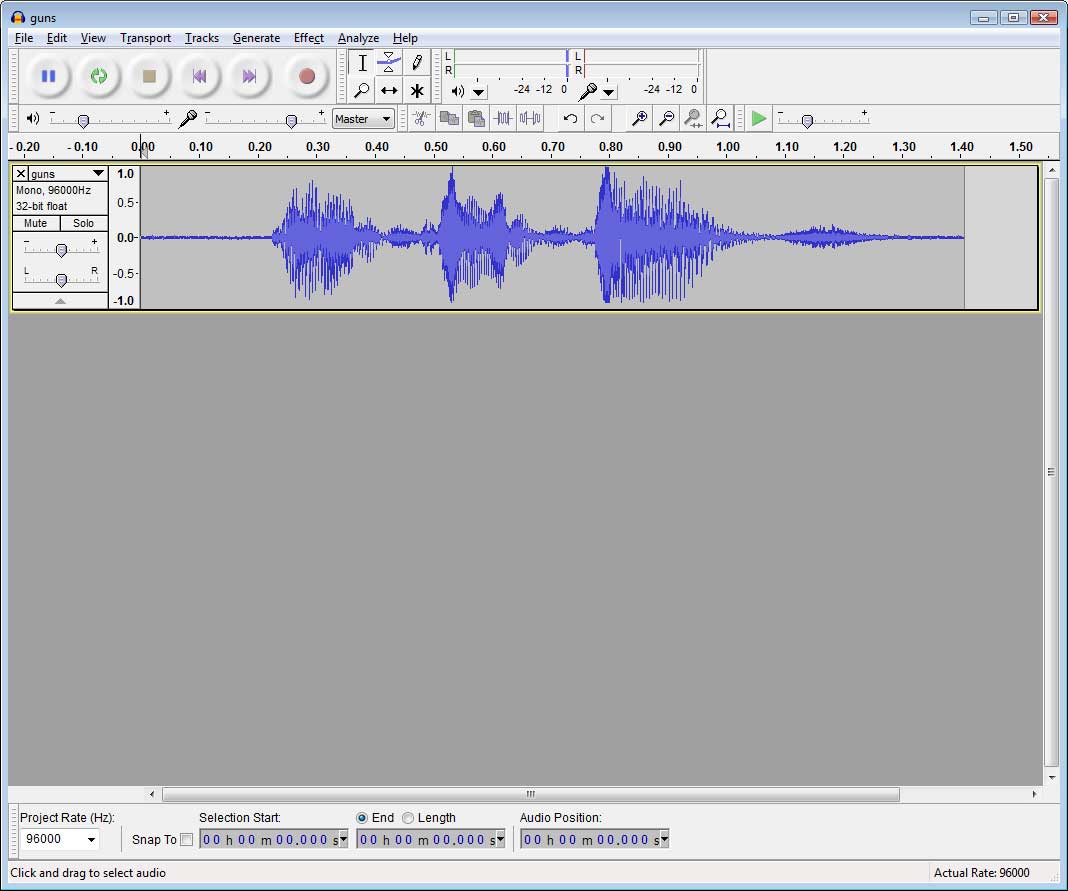 Open the program with the sample voice and you get something like this. 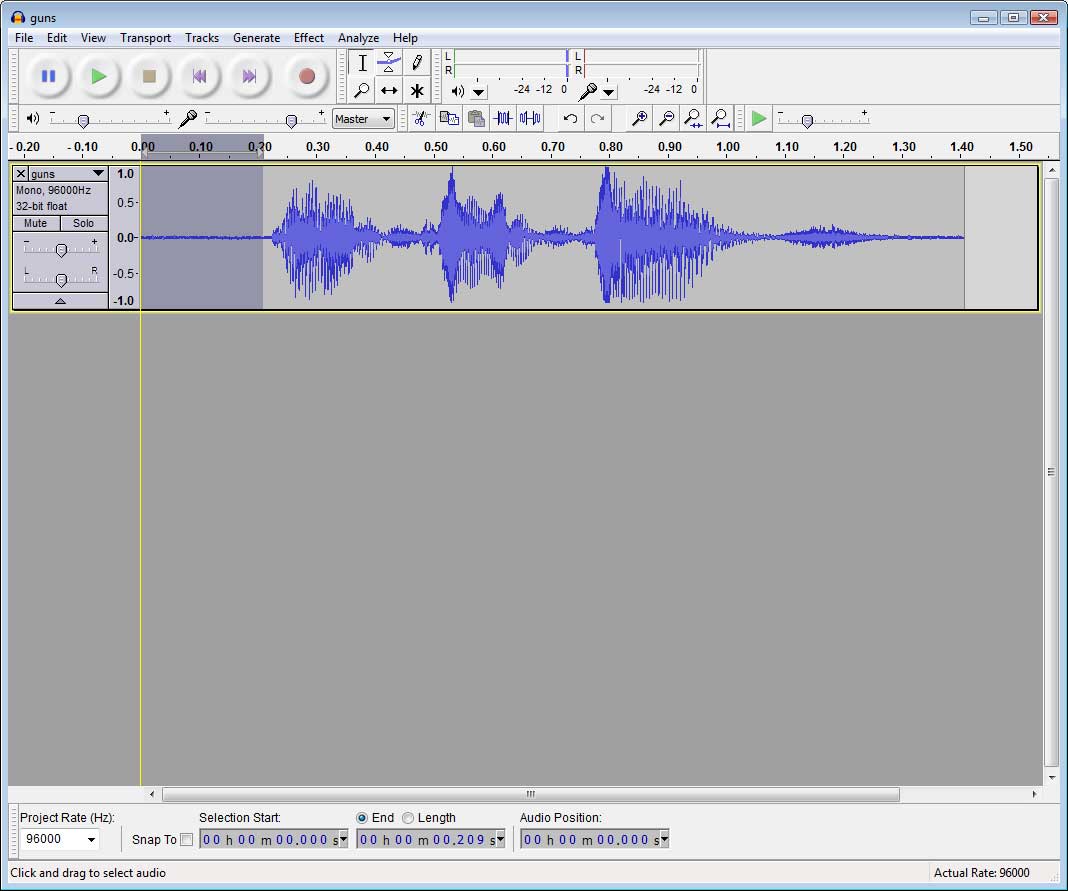 The next step is to remove the noise. Select a section of the sample with no voice. 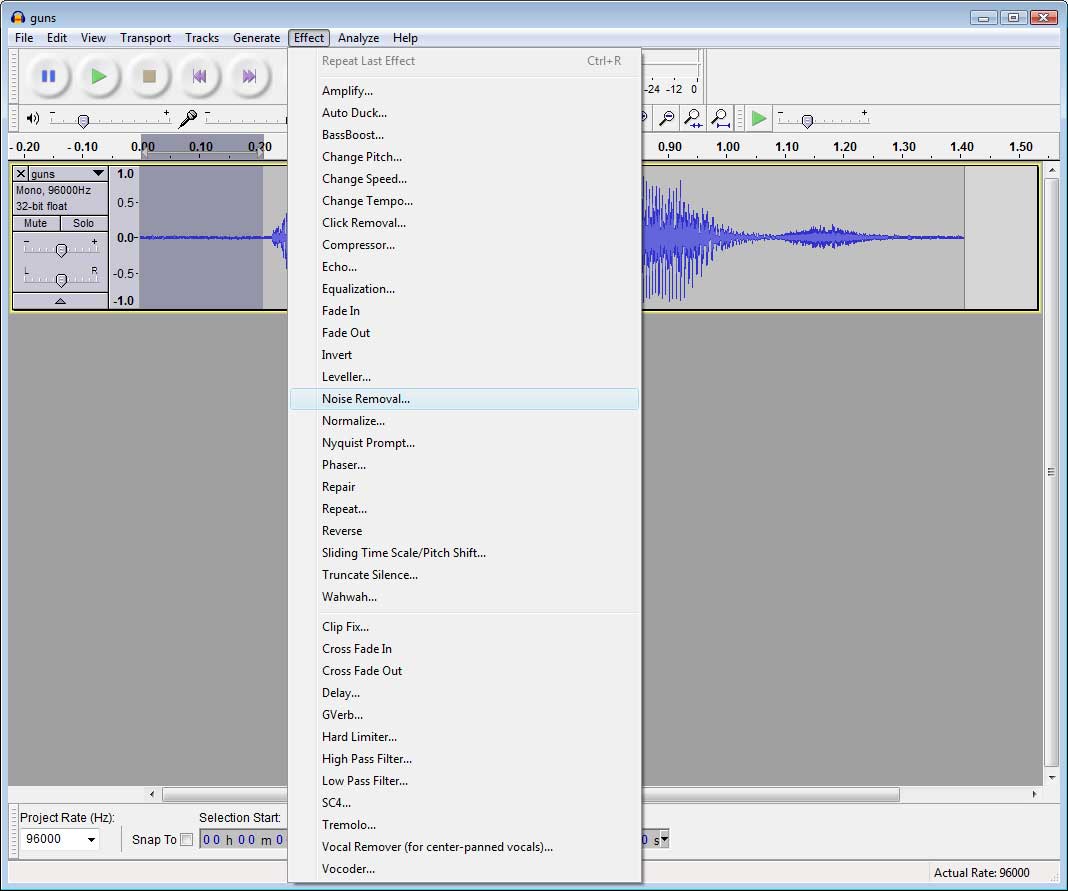 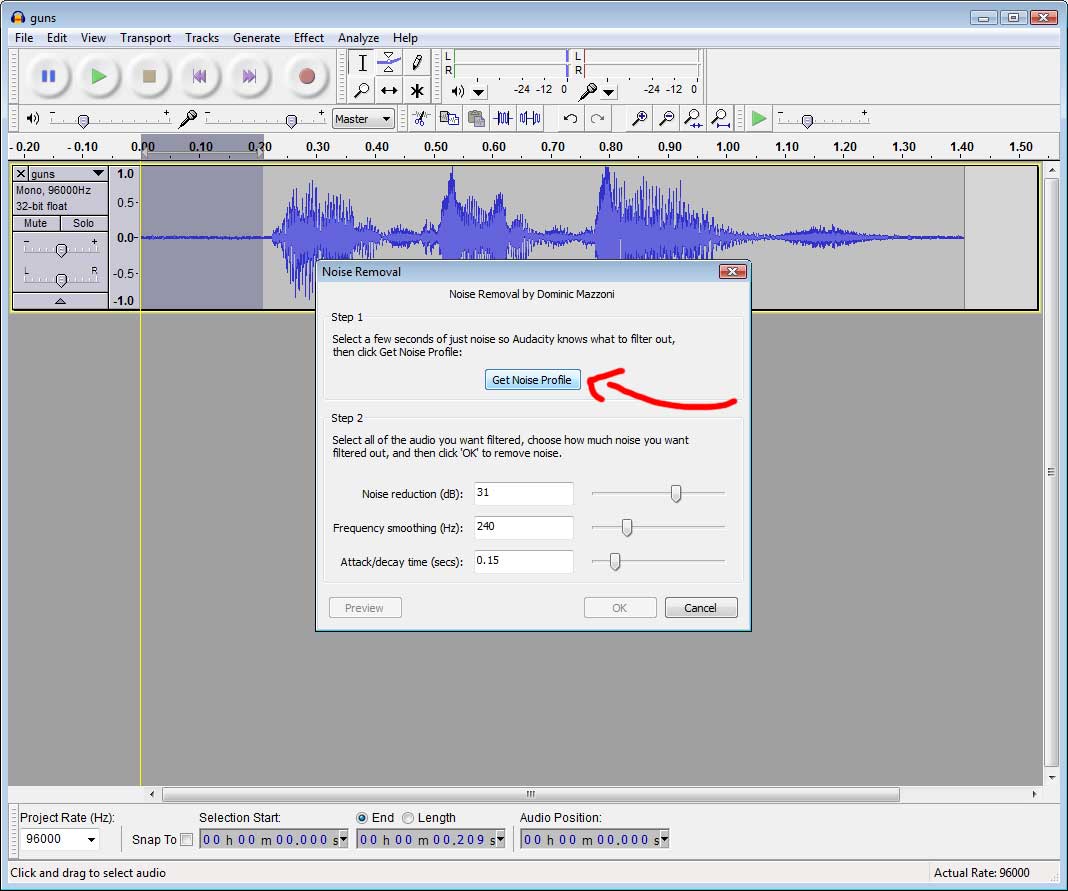 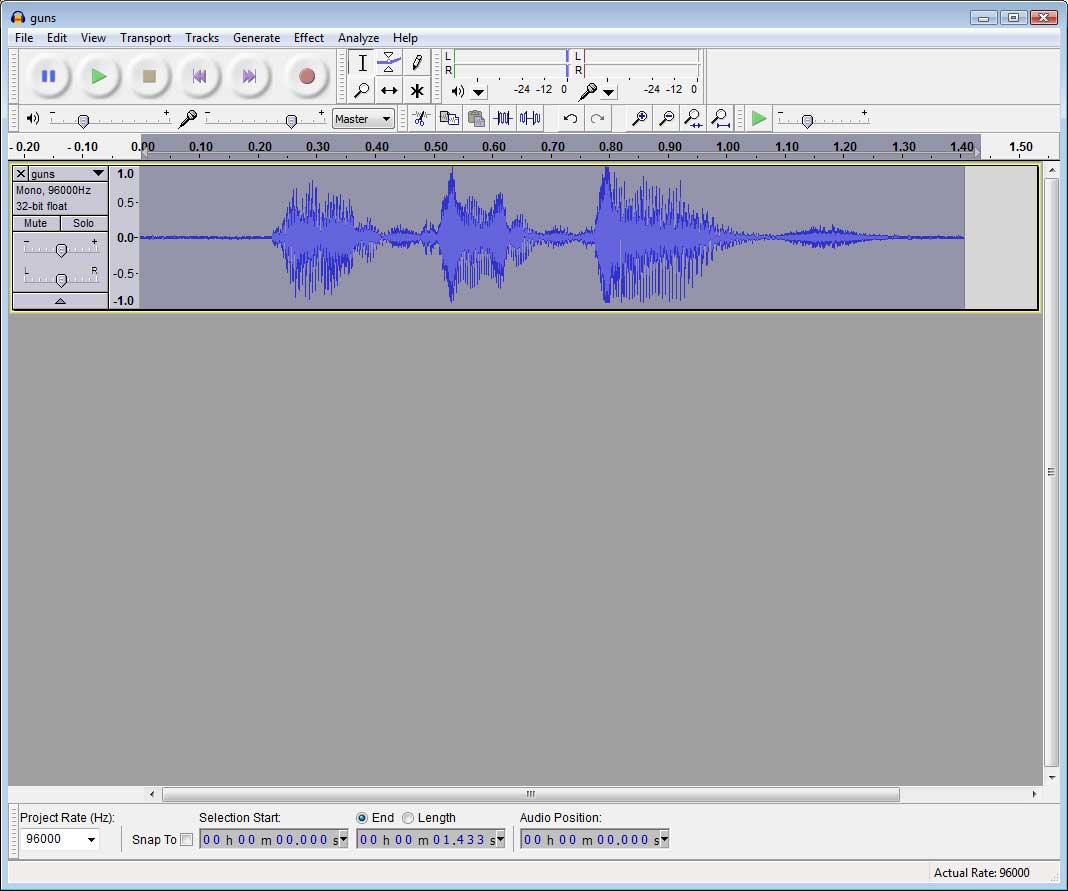 Now select all the sample. 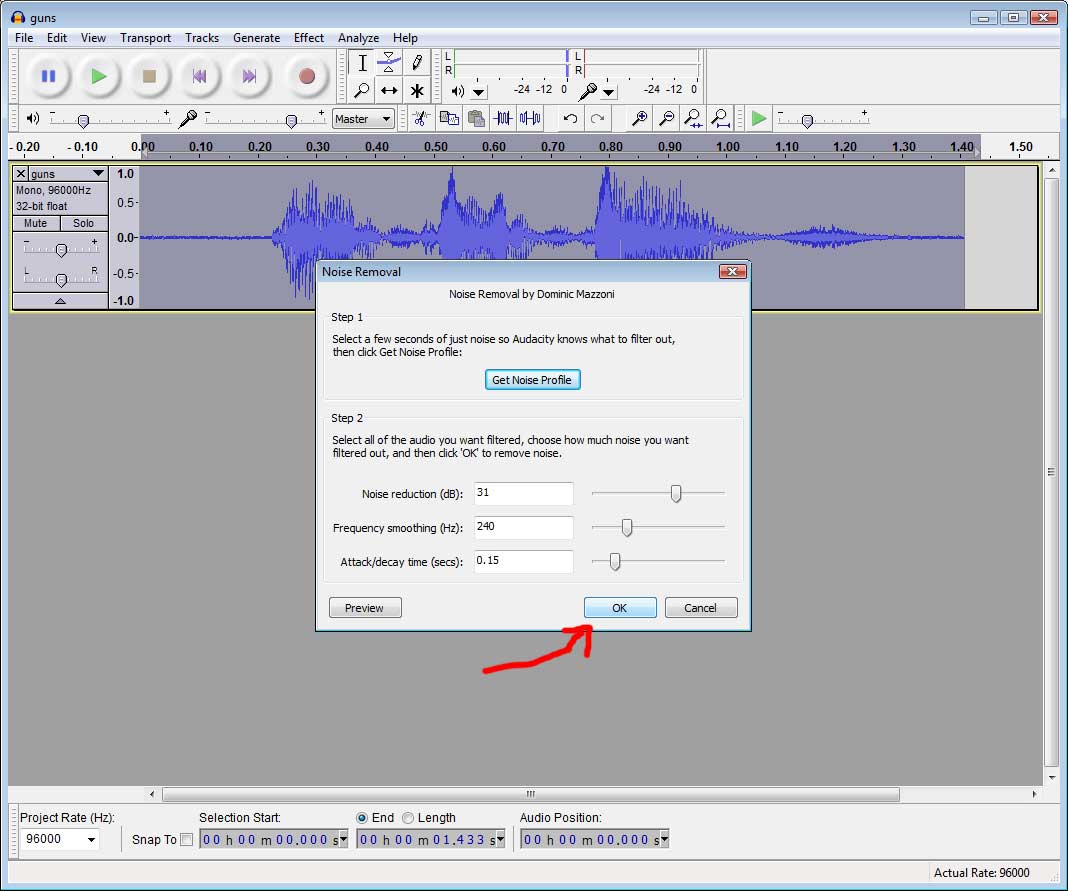 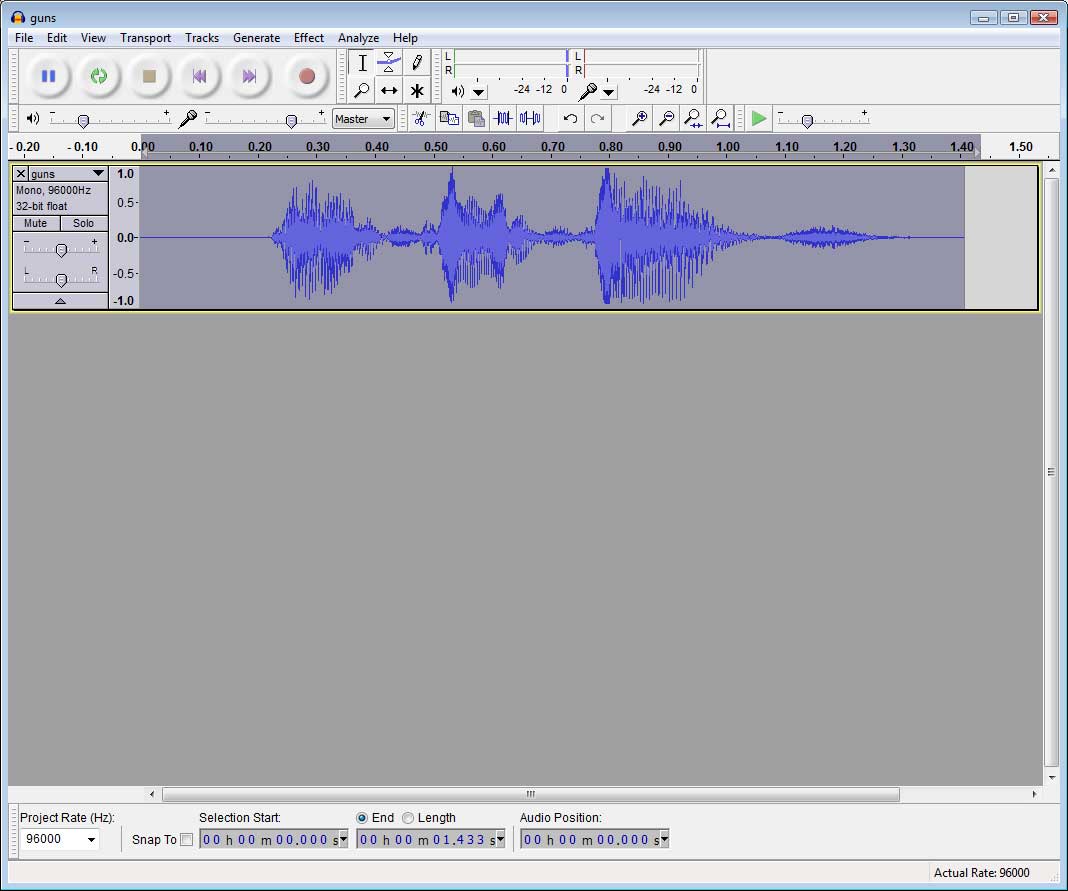 Now the noise is removed. (Notice the clean strait line in the start.) 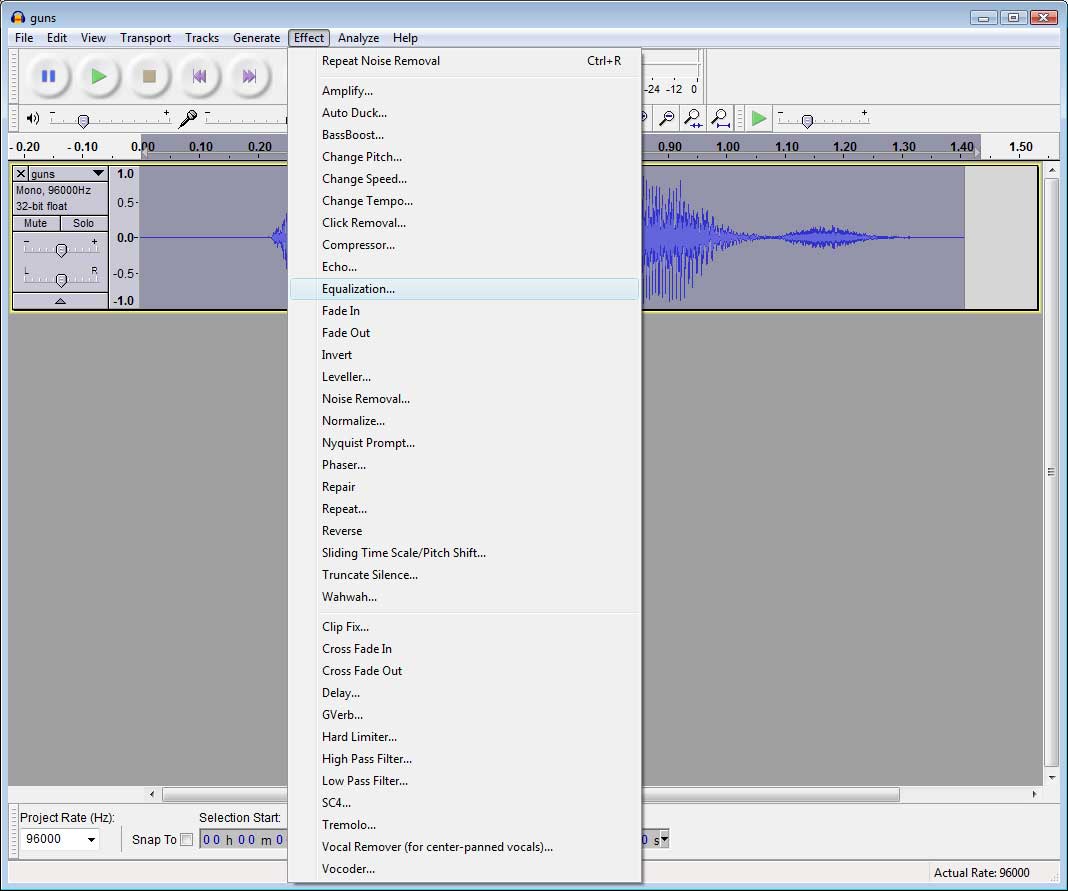 Now, how to add the radio effect in the voice. Chose “Equalization” in the “Effects” options 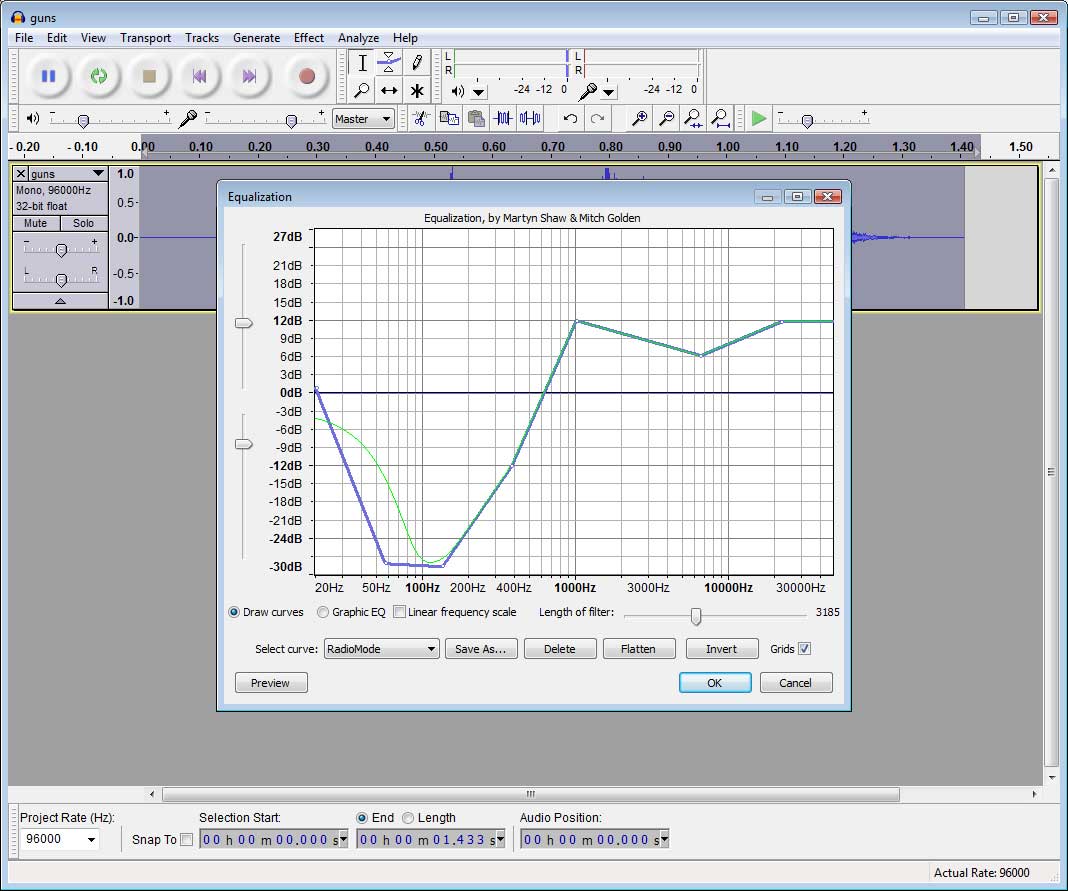 Add a custom curve with this shape. (You can use any other shape or even skip this step if you are not interested in the voice being consistent with the others) 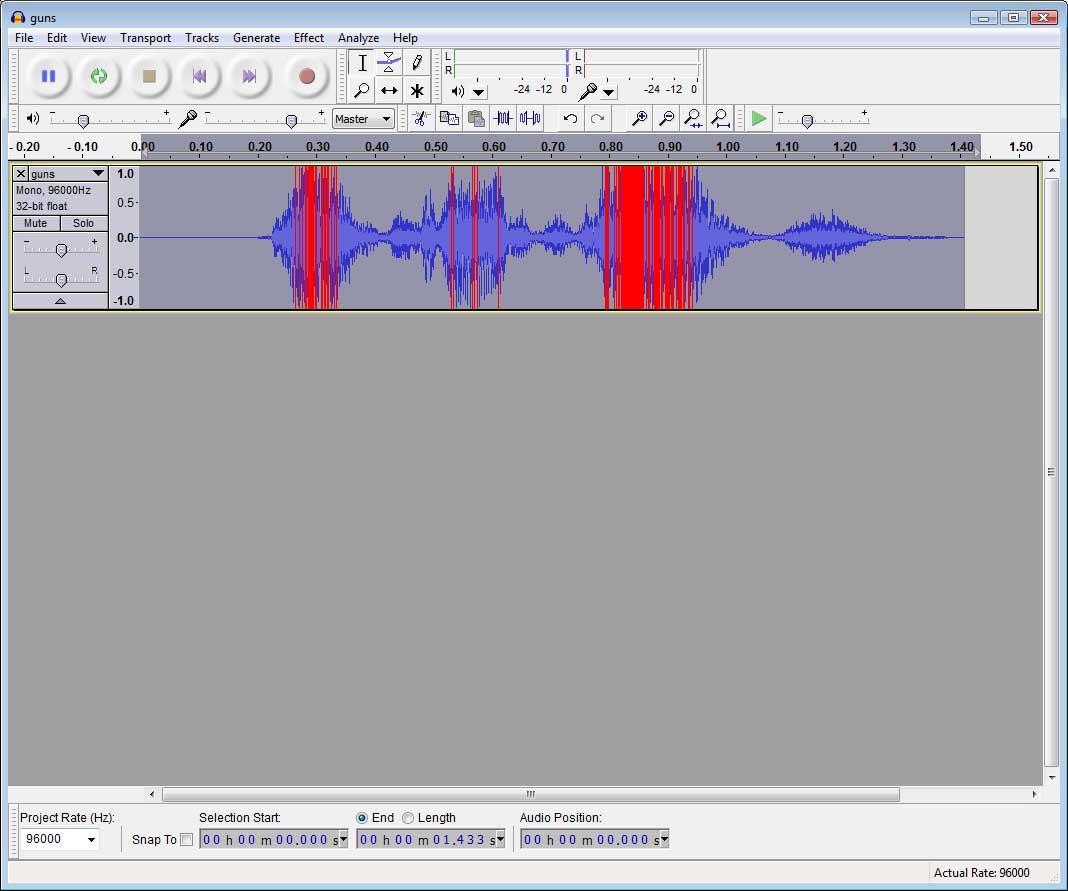 After this effect, the sample is now louder than before. 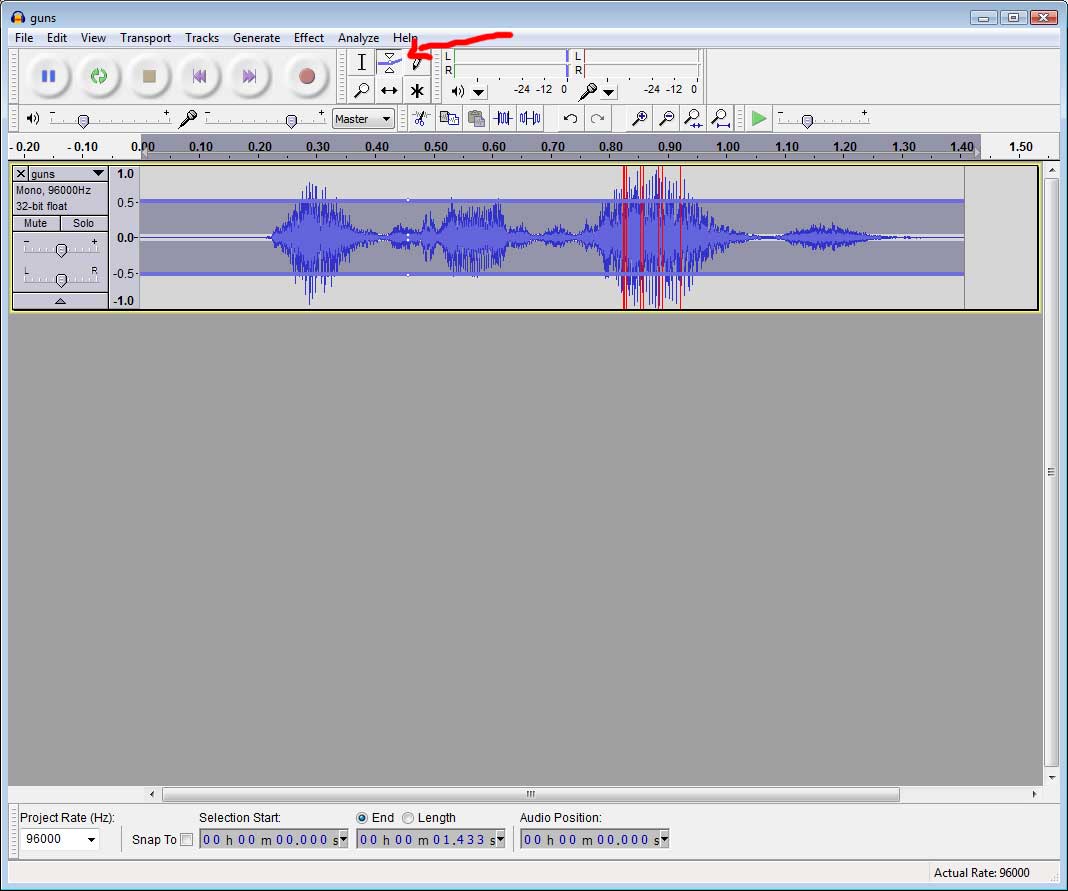 To reduce the volume use the tool above and move the vertical corners to around the 0,5. 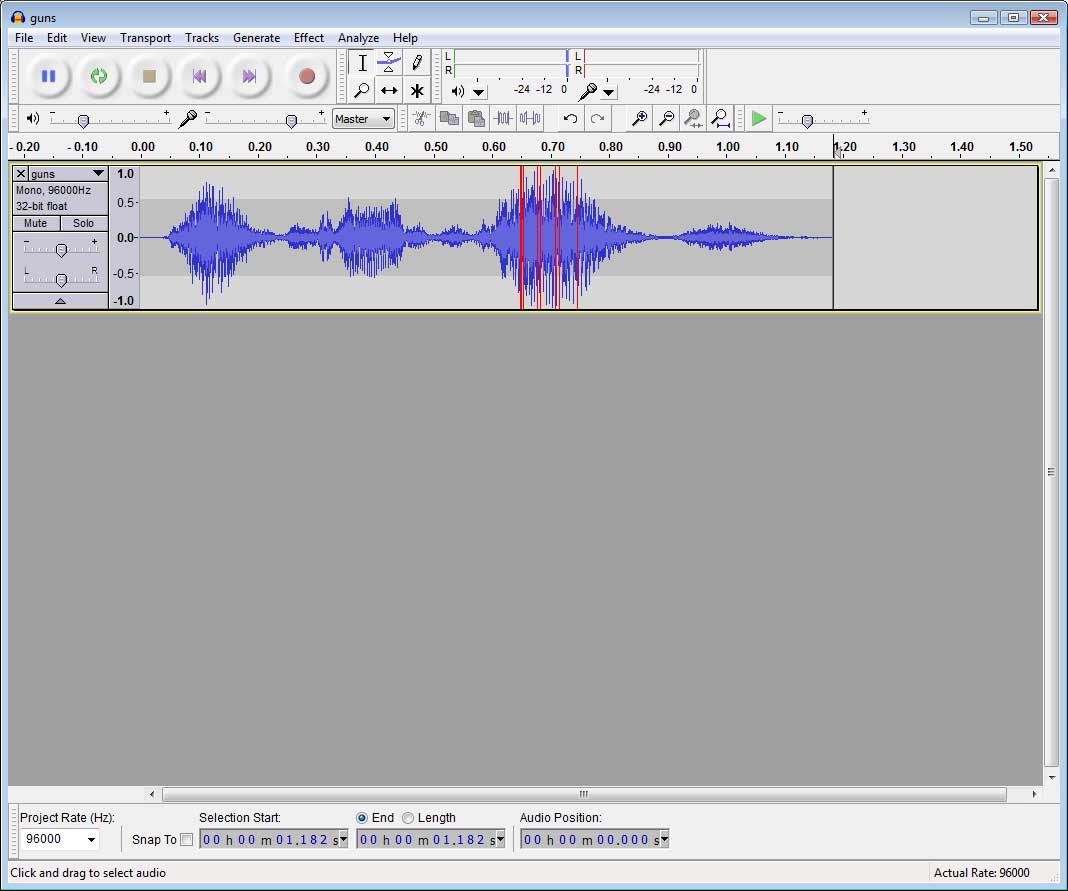 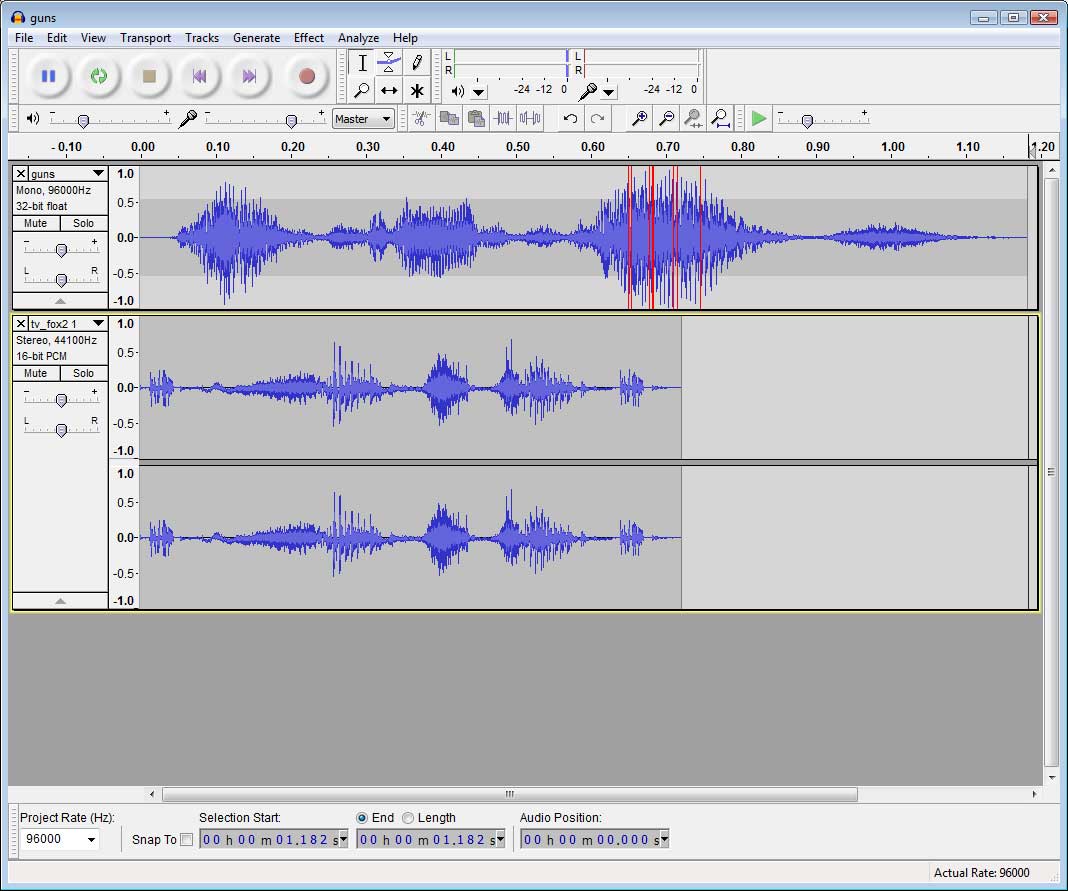 Pick one of the voices in the game files. 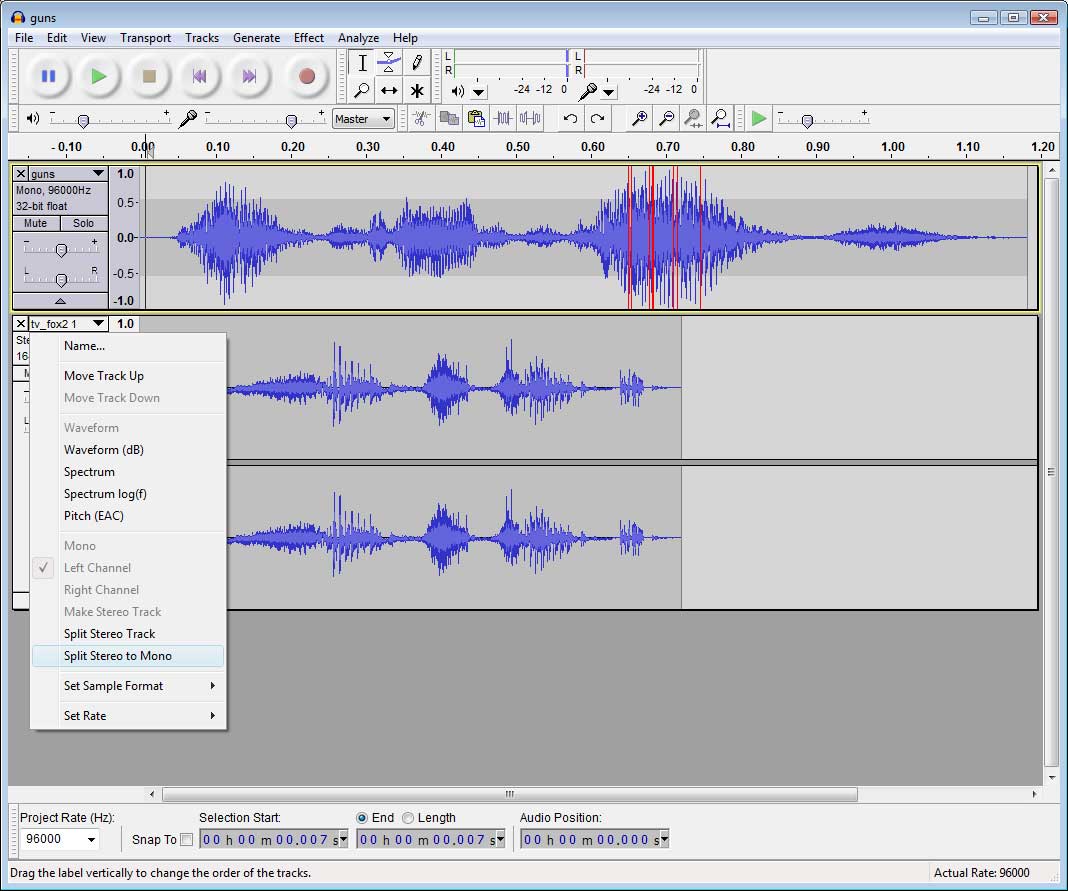 If the sample has stereo, you must change it to mono to be able to copy the effect. 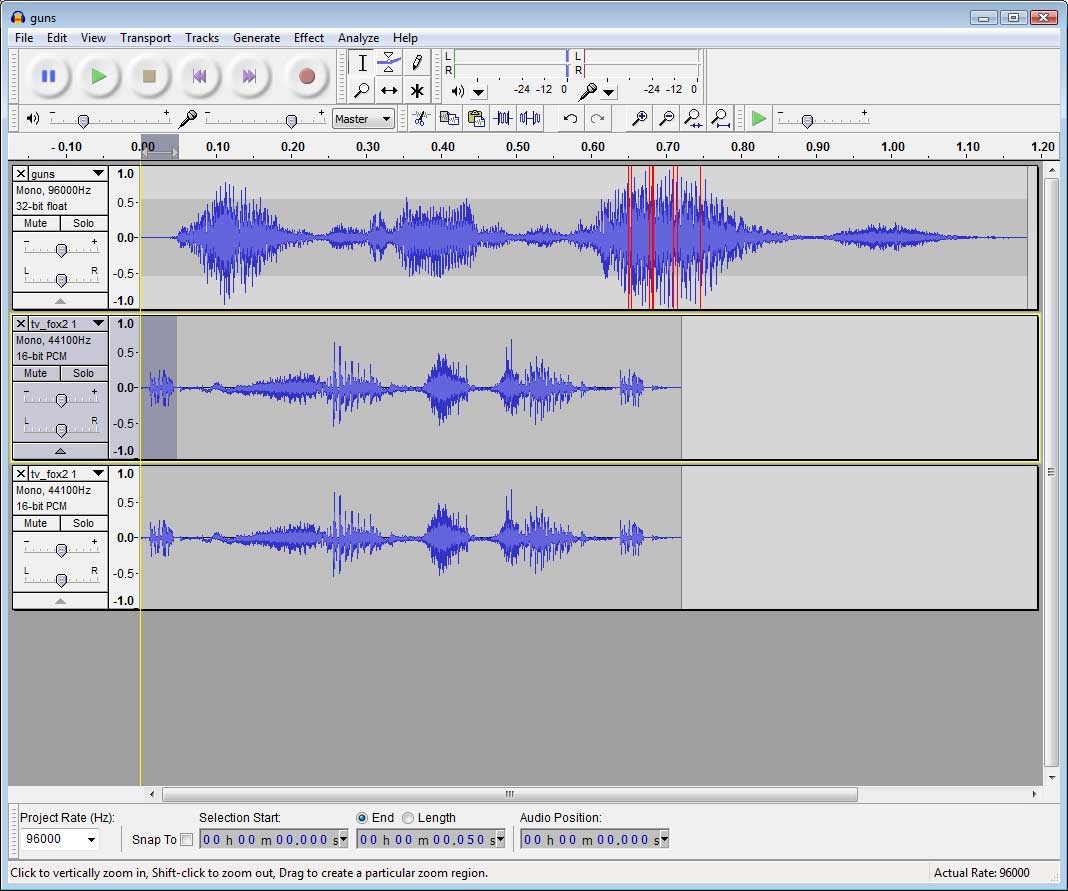 Now copy the start portion of the effect. 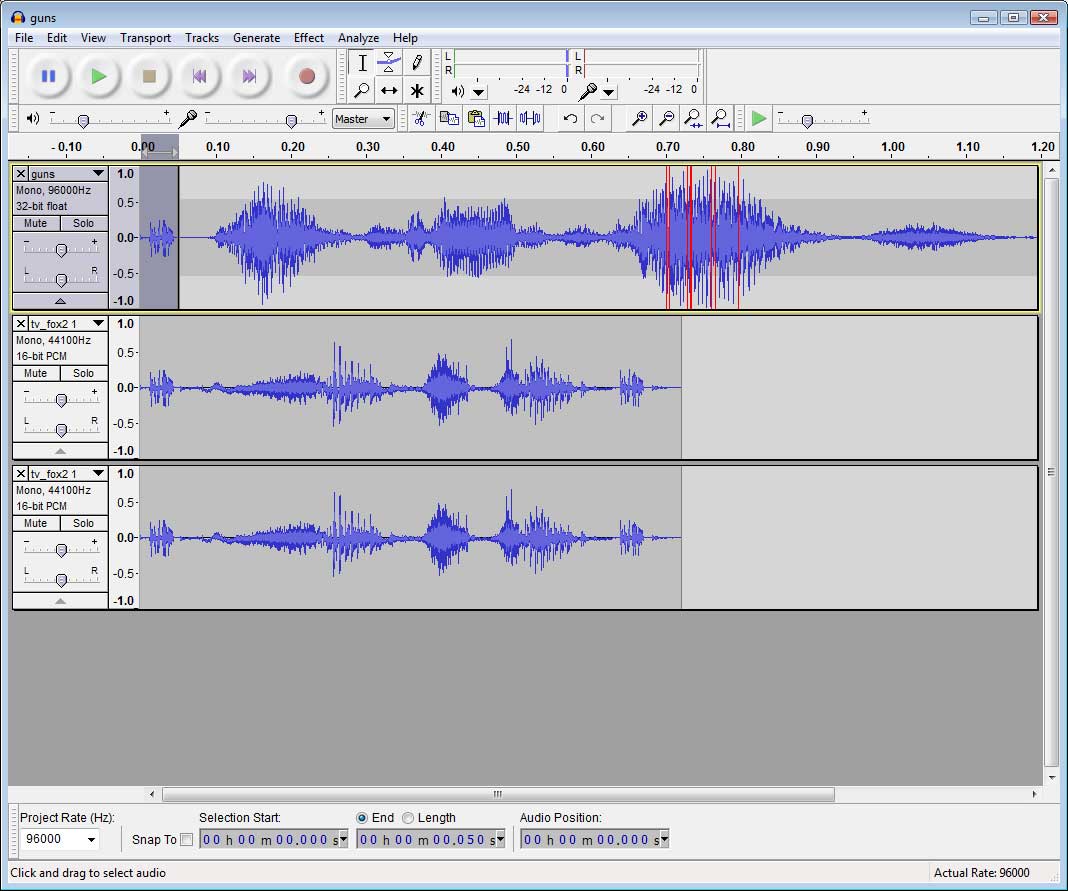 And paste it in the start of the sample that you are editing. 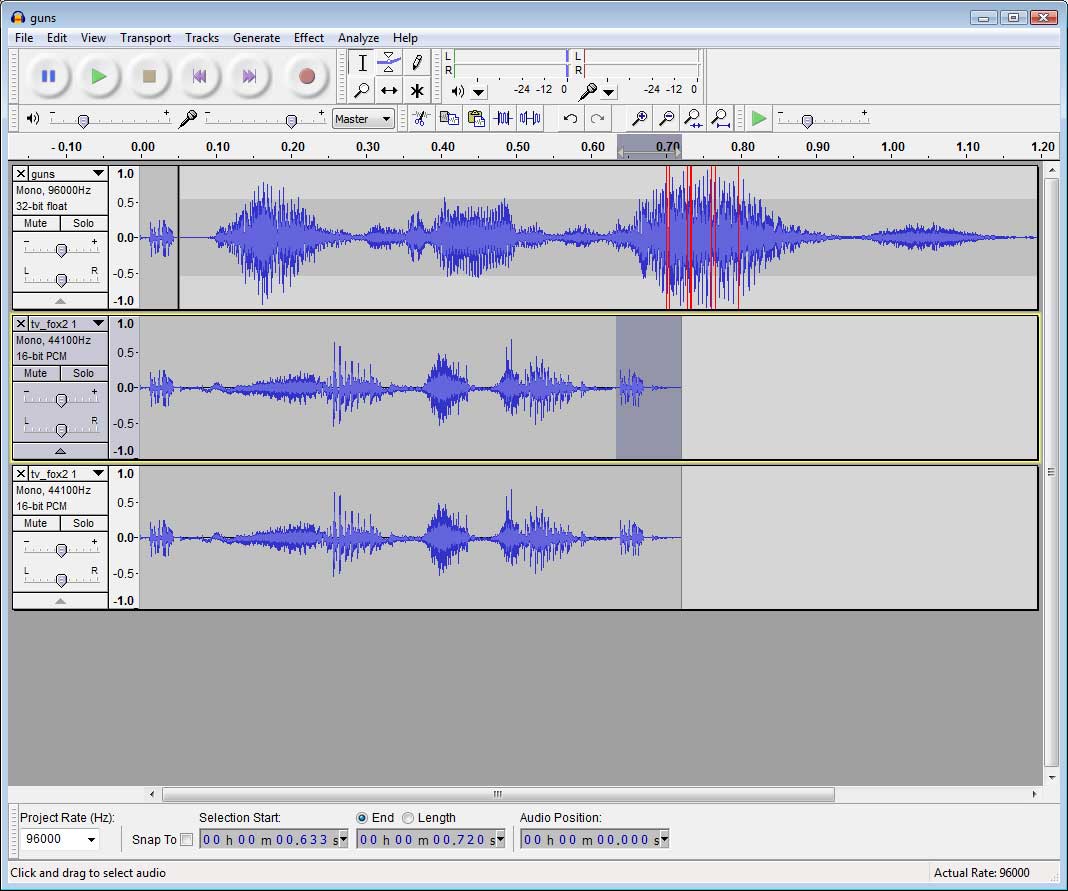 Then pick the last portion of the effect 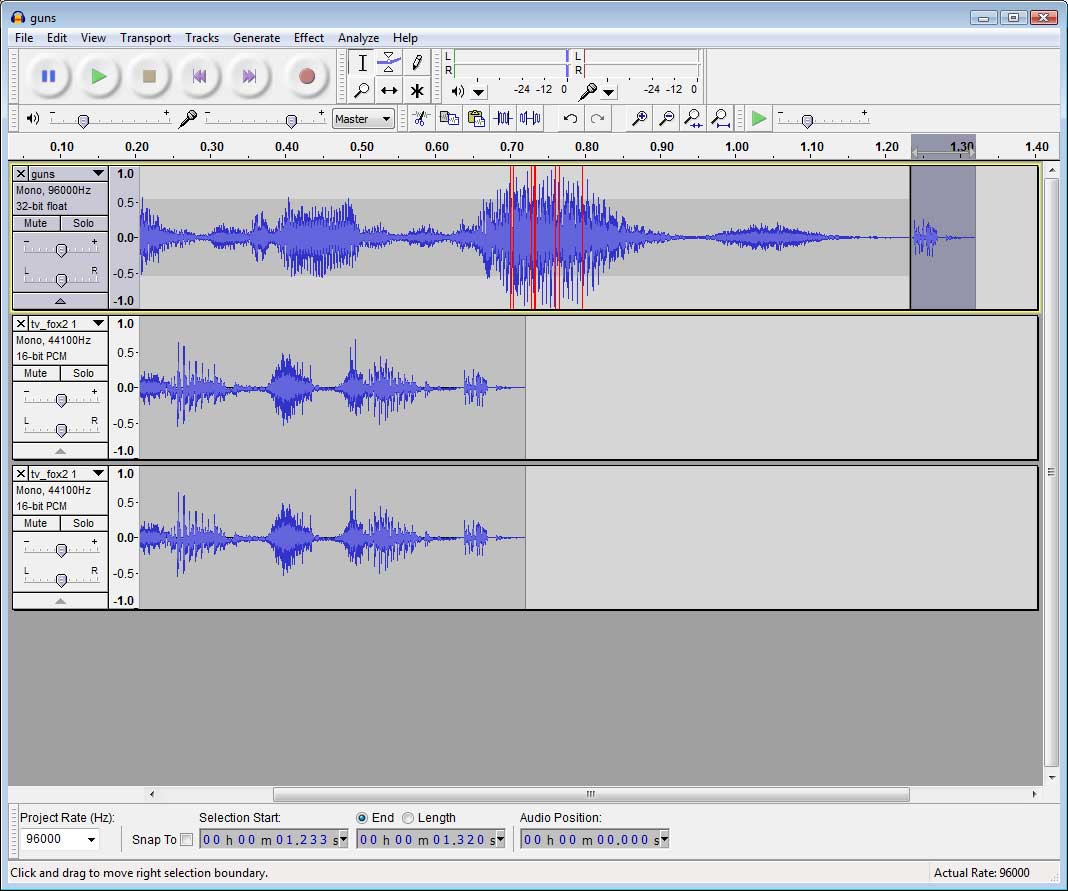 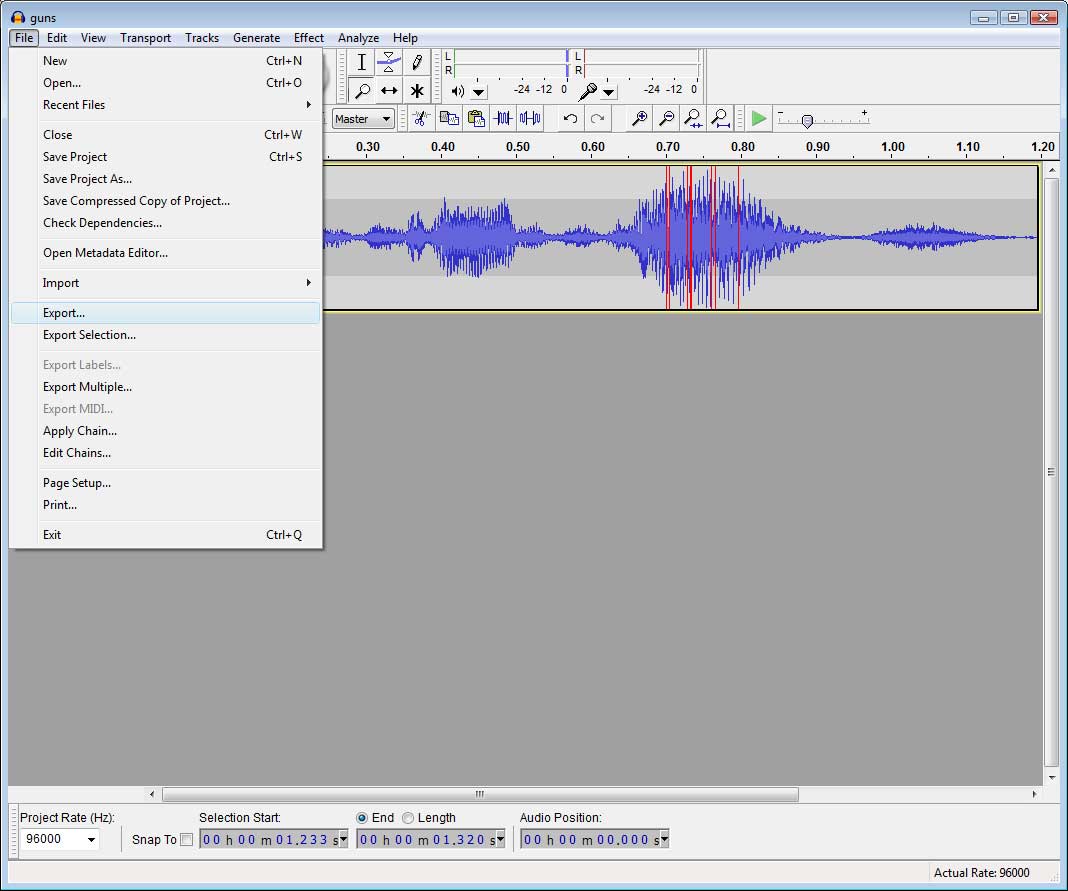 Now to save, chose the export option. 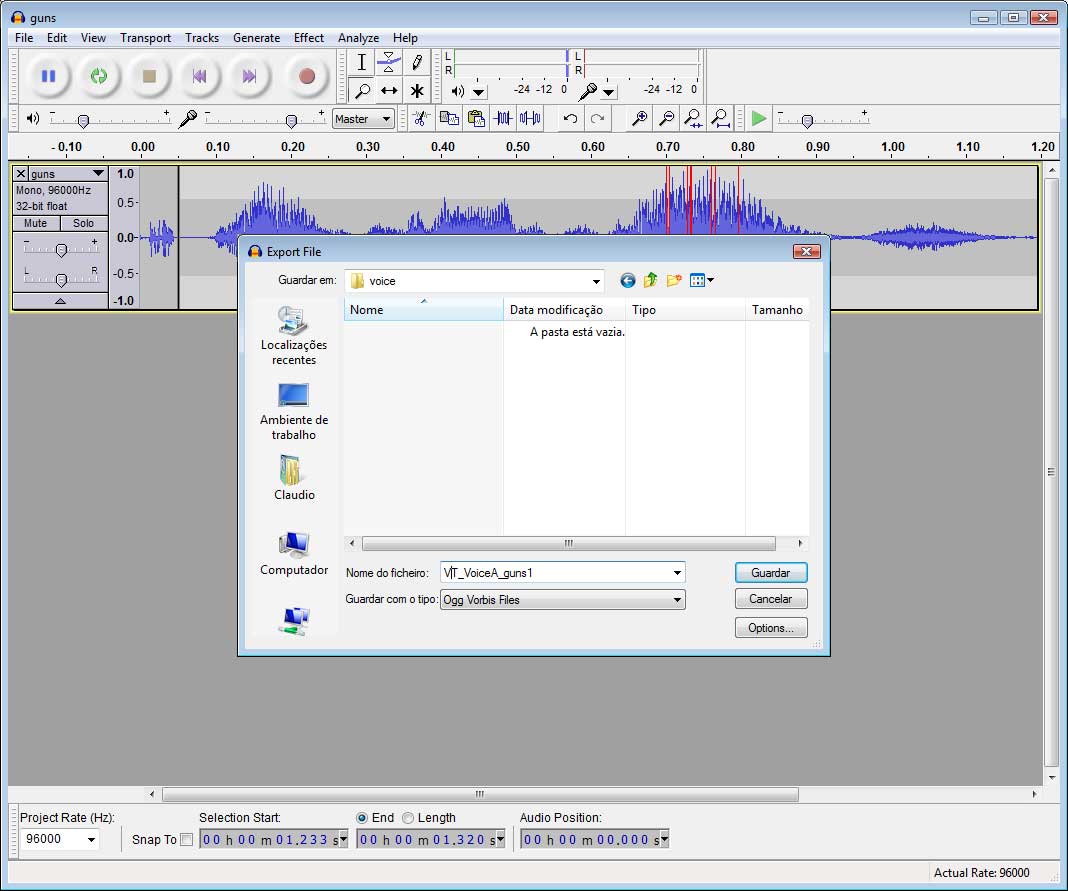 You can save in wav or ogg, but the latter is recommended because of the reduced file size.
Repeat the process to all other voice samples

Part 2 will explain how to add the voices to the game.

Yes, it is basically that.