In this article, we will share some tips on how to interact with recording studios and localization services, how to optimize and accelerate the process, and how to reduce the risks as well as the costs of audio localization.

If you have ever dealt with audio recording, whether character voice acting for a game or a voice-over for a video, then you probably noticed that it is not cheap. It is important to do everything right the first time in order to reduce additional costs. The same thing applies to the localization of audio: every error is multiplied by the number of languages. In this article, we will share some tips on how to interact with recording studios and localization services, how to optimize and accelerate the process, and how to reduce the risks as well as the costs of audio localization. 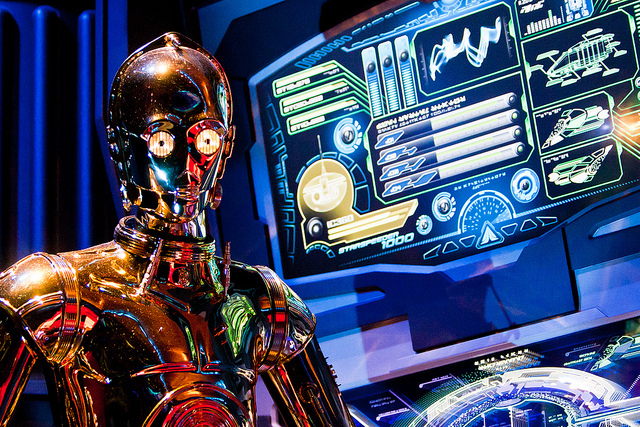 The proper formatting of the script ensures a smooth and problem-free recording process. One best practice is to format the script in the form of a table, where each row corresponds to a single audio file.

We at Alconost are sometimes faced with situations where a customer only wants us to record narration in a foreign language, and they leave it to themselves to synchronize the audio narration with their video. In this case, the customer must work with audio recorded in a language they do not know, and we for our part must do everything possible to simplify this task for the customer:

- When transcribing we ask the editor (a native speaker of the source language) to mark the timing (indicating what phrase should be said at what second) and to break the text into segments (for example, each scene occupies a separate cell in the table). The transcription itself is a process of "lifting" the text from the original recording, that is, of converting the spoken text into a written one;

- When recording we ask the narrator to break the recording down into scenes (e.g., the recordings for each new scene are stored in a separate file).

2. Create a List of Characters and Describe their Personalities

If you need several voices, create a list of characters and briefly describe them, including their name, age, gender, and other characteristics. This will help the audio recording studio to provide an adequate selection of narrators for the roles, to ensure that there are enough voice actors given the different languages, and to avoid mistakes such as recording a female voice instead of a male one or vice versa. Incidentally, the gender of the character does not have to match the gender of the narrator: professional voice actors with a wide creative range can successfully voice tomboy girls and respected ladies, for example.

Describe the character's personality in order to allow the voice actor to present the character in the best possible way. For example:

Character A: male, 40 years old, good-natured, simple-minded (farmer), "one of the guys." He is friendly towards his own (though he doesn't horse around), and he is curt to outsiders (though he stops short of being outright rude). He has a powerful voice, though it is not harsh. Normal rate of speech.

Raccoon character: high-pitched, child-like voice, but laughs and makes snarky asides in a husky voice. His rate of speech is very fast, but it must always be intelligible. He must have five kinds of laughter (good-humored, malevolent, hysterical, demonic, and loud laughter), and three kinds of exclamations of fright.

It is ideal when the customer's assignment includes a screenshot or video clip depicting the character.

If the voice actors could have the opportunity to listen to the recordings of their characters in any other languages, this would be plus. Any clarifications are welcome: "not as fast as in the reference clip," "just like in the example."

What if the Narrators Ignore My Descriptions of the Characters?

If the voice actors are unclear about a certain point, they will either ask you questions (this is the best option, but the need to exchange questions and answers can make it harder to keep to deadlines) or make a decision at their own discretion (what they think is right). In the second case, if it turns out that you do not like the version the narrator decided on, though the formal criteria have been satisfied, your complaint will be about something that was not stipulated in advance. In this case you may have to pay for another recording, although voice actors will often try to accommodate the customer's request.

3. Limit the Number of Voices

Often people want to spend less money on the localization of an audio recording than on the original audio. Since voice actors usually have high minimum rates, so limiting the number of voices is a good way to reduce costs. For example, just two professional voice actors, one man and one woman, may be all that are needed to provide the voice-overs for a video featuring 12 different interviewees.

Ideally, the audio recording process should be simple and fast. The assignment should be provided with sufficient detail. The voice actors record their parts, and the recordings are checked by linguists who are native speakers and cleaned of any extraneous sounds and noises (such as the turning of pages). The recordings are split into files, and the files are named according to the assigned specifications.

When you have a single audio file that contains several voice actors, everything becomes much more complicated. Since voice actors always record their files in isolation from each other, the audio files are divided and recombined during the final stages of the process. This increases the risk that something will go wrong. After all, the engineers who edit the files are hardly familiar with all the foreign languages in which the recordings are made.

If you read the text aloud, you will soon realize that some words are pronounced differently. This is especially true of abbreviations. Foreign languages make the task even more difficult.

Some rules of pronunciation are generally accepted, but others must be determined by the company itself. Your studio should study the script and make a list of all the words whose pronunciation may present discrepancies. Translators and editors should clarify any difficult points before recording.

If a recording should have a time limit, then Captain Obvious suggests that the voice actor should be warned about this in advance.

6. Leave Space in Your Video

If you cannot change the length of your video, then it will be hard to speed up the localized audio to match the video without accelerating the rate of speech or reducing the length of the original text. Both of these options can make it more difficult for your audience to comprehend your video. Moreover, the text or action in a particular frame may not match the sense of the localized audio. This is particularly problematic for videos that would cost lots of money to lengthen or edit.

Therefore the best option would be to leave a little extra space in your original video: add pauses of a few seconds where this is possible. This will simplify and speed up the localization process. We at Alconost always try to adapt the word length to the necessary length of the phrases when translating or editing a text for our customers. This is how we are able to avoid unnecessary pauses or undue haste in our voice-overs.

You will most likely be asked for them. In any case remember: you must provide samples of the original audio if you want the voice-over to be done in the style and tone of the original.

When it comes to video, make sure that you have the source video: this way you can slightly slow down or speed up the scenes when localizing so that the animation matches the rate of speech of the voice artist in the new language. It is desirable in this case that the narrator's voice be separated from the music and sound effects in the sound track so that you can simply adjust the placement of the sound effects as you move the animations.

And one more thing. When it comes to video, often the on-screen captions must be localized in addition to the text read by the voice artist. If you want to translate them as well, you will make this task easier for the service provider if you submit the video source files as well.

8. Ensure that the Script and the Video Match Each Other Exactly

This is particularly important when it comes to videos. The voice-over usually corresponds to the written script, but often changes are made to the video clip at the last minute. This is how inconsistencies crop up between the audio and video tracks. Carefully check the final video.

9. Select Professionals Who Speak Foreign Languages and Have Experience in Audio Localization

Often texts that are to be recorded are translated by the author's friends, the author him- or herself or by translators who are not native speakers of the target language. All of this provides reason to consider that you should allow a native speaker to proofread your text before recording the voice-over. Indeed, some voice actors may even refuse to provide a voice-over if they see that a text in their own language is not grammatical. Voice artists may offer their own proofreading services, and they may be better than nothing. However, ideally it is worth it to recruit your own editor (a native speaker of the target language) to proofread a text that has been translated by a non-native speaker. If the quality of the translation is poor, or if the sense of the original has been changed or lost in the translation, then it may be better to order editing instead of proofreading services (when the text is edited, it is compared to the original).

Working with foreign languages adds complexity to the entire audio recording process. Localization of audio requires the utmost care when recruiting voice artists and ensuring that they are able to work well with each other, drafting scripts, determining recording techniques, and linguistic testing of the final product. For example, if you entrust an Asian language localization project to a studio that mainly translates into English, you risk discovering in the final product that a Korean voice artist was used instead of a Chinese one, phrases were cut off in mid-sentence, or other inconsistencies occurred due to lack of knowledge of the target languages.

When you select a service provider to localize audio, make sure that they employ voice artists and editors who are professional native speakers of their working languages, have years of successful experience working in this market, and have received feedback from satisfied customers. The team here at Alconost is ready to help you with your localization projects to ensure that they are localized to high quality standards, even if the project should involve less common languages.