Games are supposed to be fun, am I right?. You have to treat your players with respect and stop consider them a bag of money. Think how beautiful was the ’90s when game developers actually had the intention to challenge the players and they put a lot of effort in the quality of the game.

Games are supposed to be fun, am I right?. You have to treat your players with respect and stop consider them a bag of money. Think how beautiful was the ’90s when game developers actually had the intention to challenge the players and they put a lot of effort in the quality of the game. 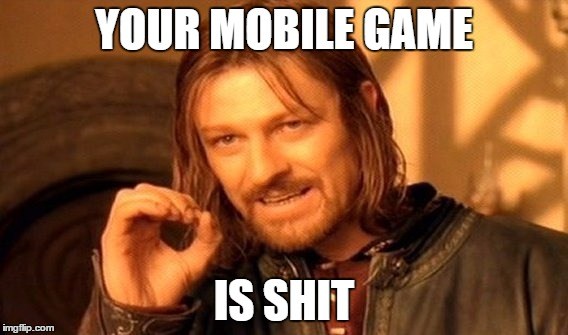 Now, why the hell should I pay to win?

Every big studio is doing this crappy stratrgy: Gameloft, King, Supercell, etc. They see every player as a bag of money. The problem is that you don’t actually have to rely on your skills to accomplish something in this game, you have to pay money in order to finish that round or increase your level. See how that stupid it sounds? 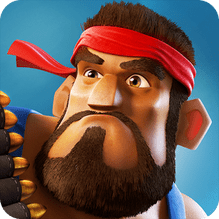 Take for example Boom Beach. This is a very nice game and I really like the concept, but if you don’t pay after level 8 or 9 to build those buildings and defenses faster, other players with bigger levels are going to smoke you out. So count me out, I don’t want to play this kind of game.To be honest for a company like Supercell, from 60 million players, only 10% matters for them, because only those players will bring money. In other words, “Fuck the rest, they are only good to support those 10% which matters to us”. There are idiots who spend more than 500 $ dollars just to show others that he is “better”. Of course this type of strategy will bring billions to Supercell. 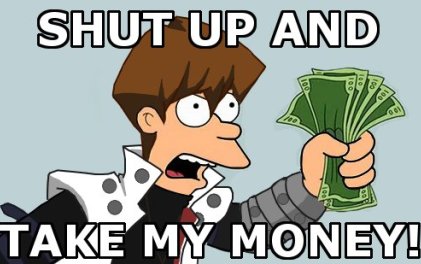 I don’t even want to talk about those games which ask for 1$ or more to buy an item and pass a level or the game is over. Where is the respect in that, for me as a player? If you as a developer want create a game like this, please stop. If you as a player pay for this, then you are an idiot and you might also consider stop doing this.
Now, we are going to talk about indie games and small games which runs only with ads. Oh boy, I saw games that you have to pass 4 ads before you even press play. I saw good games that are ruined because from time to time they throw an interstitial ad. Fuck, even on exit I have to watch an ad. Why should I play a game like this?

I know that is hard to develop a game, but man, you don’t want to drive away people from your game. Would you as a developer play such a game? Ask me if I want to watch an ad, maybe I don’t want to support you. Also you should place a banner in a smart way so you don’t ruin the gameplay for me.
Last, there are also games that you have to pay for them. Some of them are really really bad in quality. Think twice before you ask a price for your app, don’t get greedy here. Would you pay 5$ for you game? If you don’t then don’t ask for it.
In conclusion, we should learn to respect players that are going to play our game.