Missed updating here when launching 0.27 (hectic week). I'm making progress on the upcoming 0.28 version, here's some of what's going into 0.28: 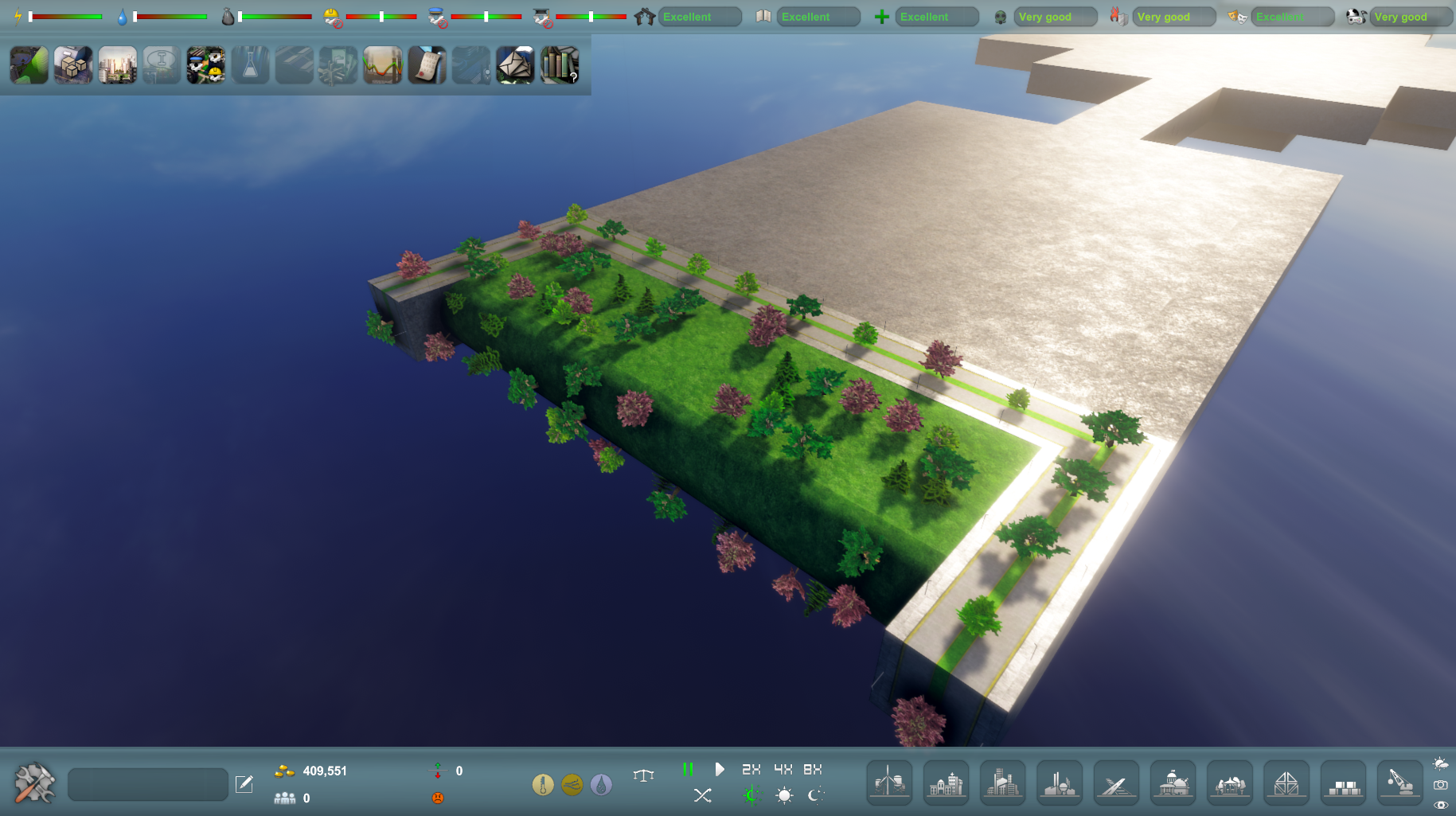 A new type of decoration that adapts to surroundings, allowing some nice looking curves around corners. These allow for a softer look and can be a good compliment to other types of decorations. Above is the grass version, but it also comes with a regular conrete version: 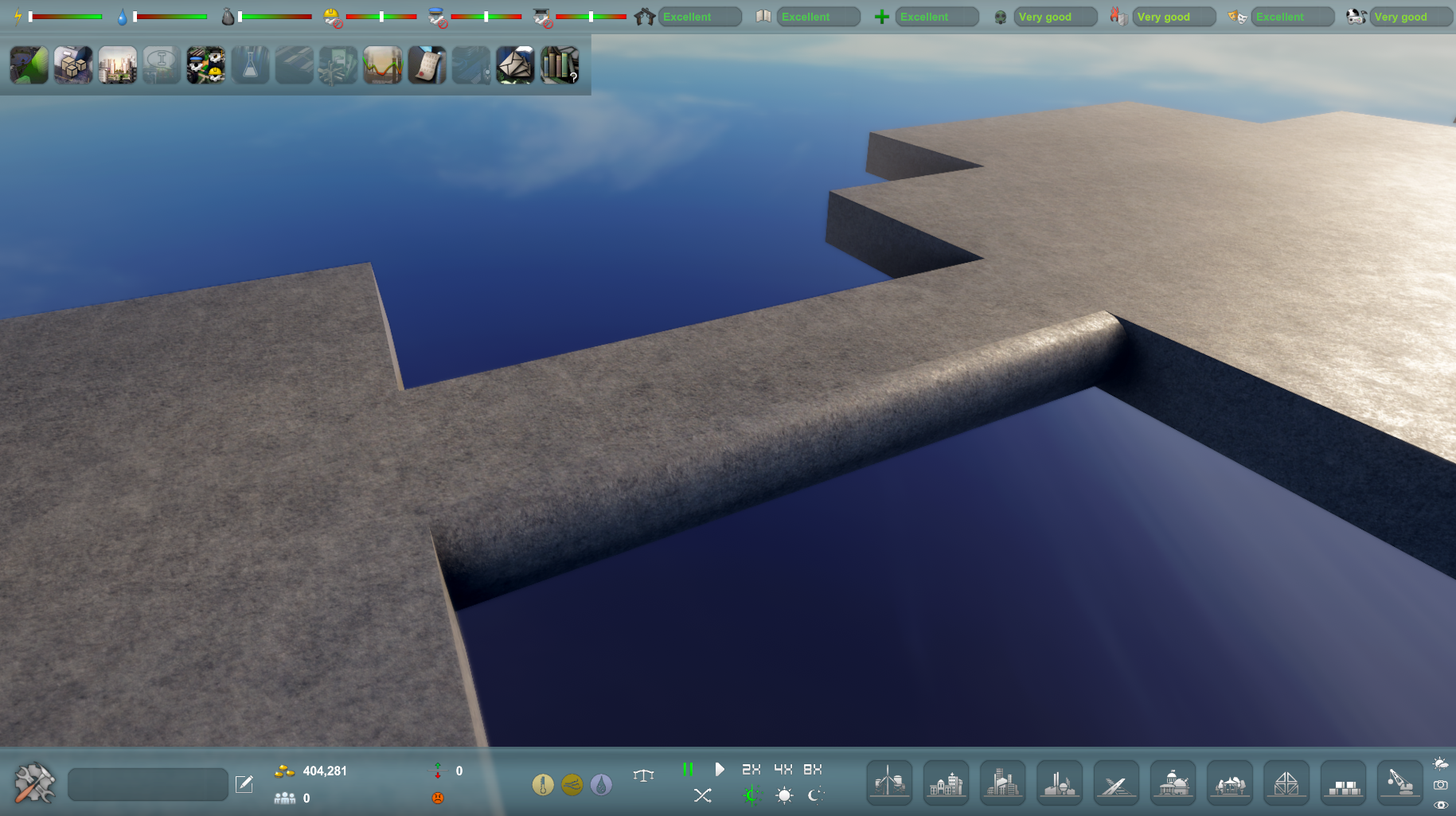 The building info window is now completely finished. I've added the building icon as well as the zone density. This window used to be disconnected from the regular window system, meaning that it had to be closed and opened separately. This meant a bunch of extra code and was becoming a bit of a hassle as new stuff gets added. I've now added it into the window system properly and also added ui sections so that different types of panels can be opened at the same time.
Lastly, the range of a building is now also displayed when a building is clicked! 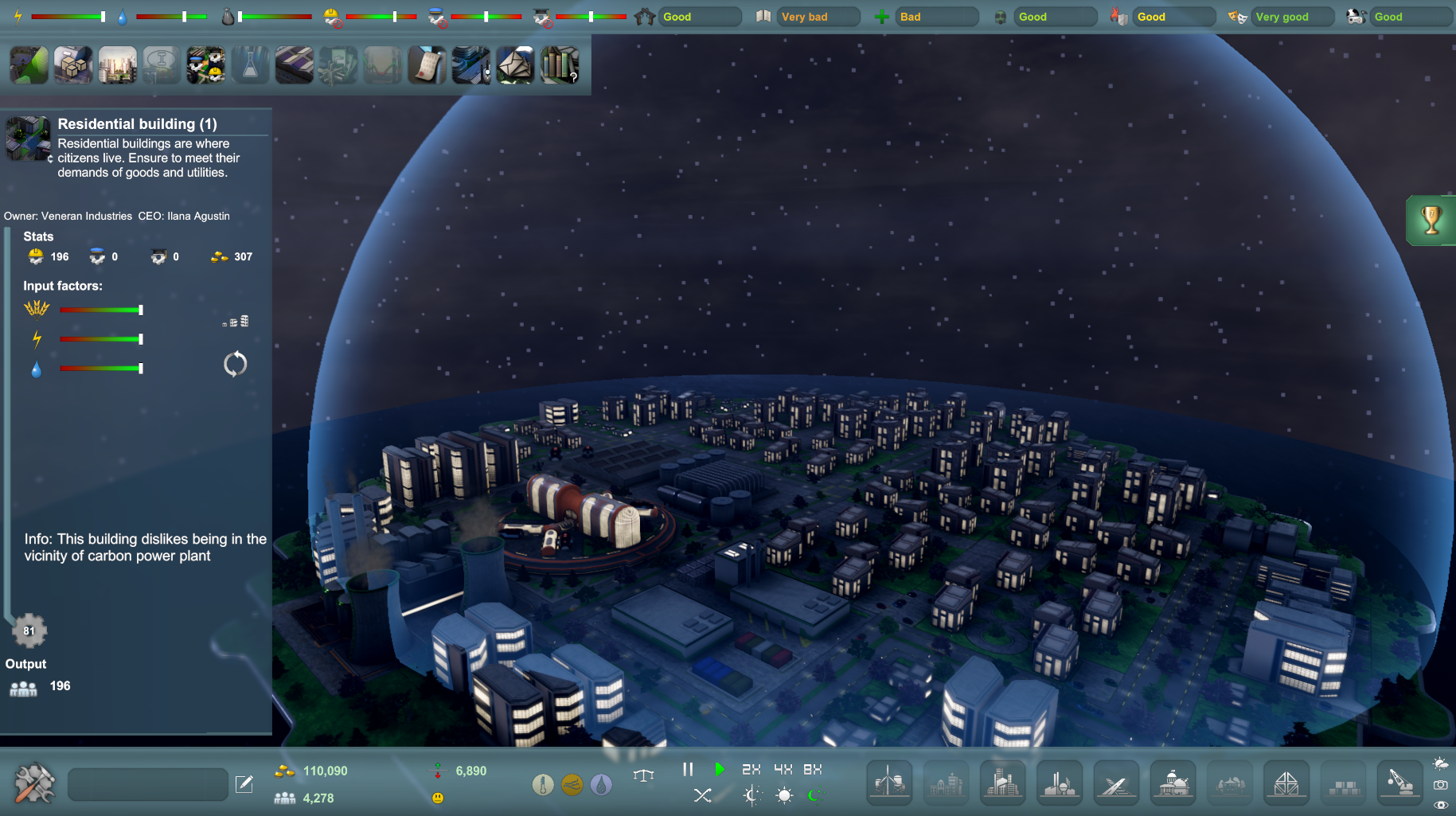 The new additions to the window system were necessary to be able to redo tutorials efficiently. There's been a lack of screen real estate to display tutorial info without stuff overlapping and without having to code extra conditions for closing stuff. Now I'll be able to get the new tutorial stuff into a panel similar to the building info panel and manage it within the new window system effectively. I'm hoping the new tutorial(s) will inform new players well enough, unlike the current ones. Hopefully I can get them translated into other supported languages as well, if not, translated versions will be in for version 0.29 for sure. 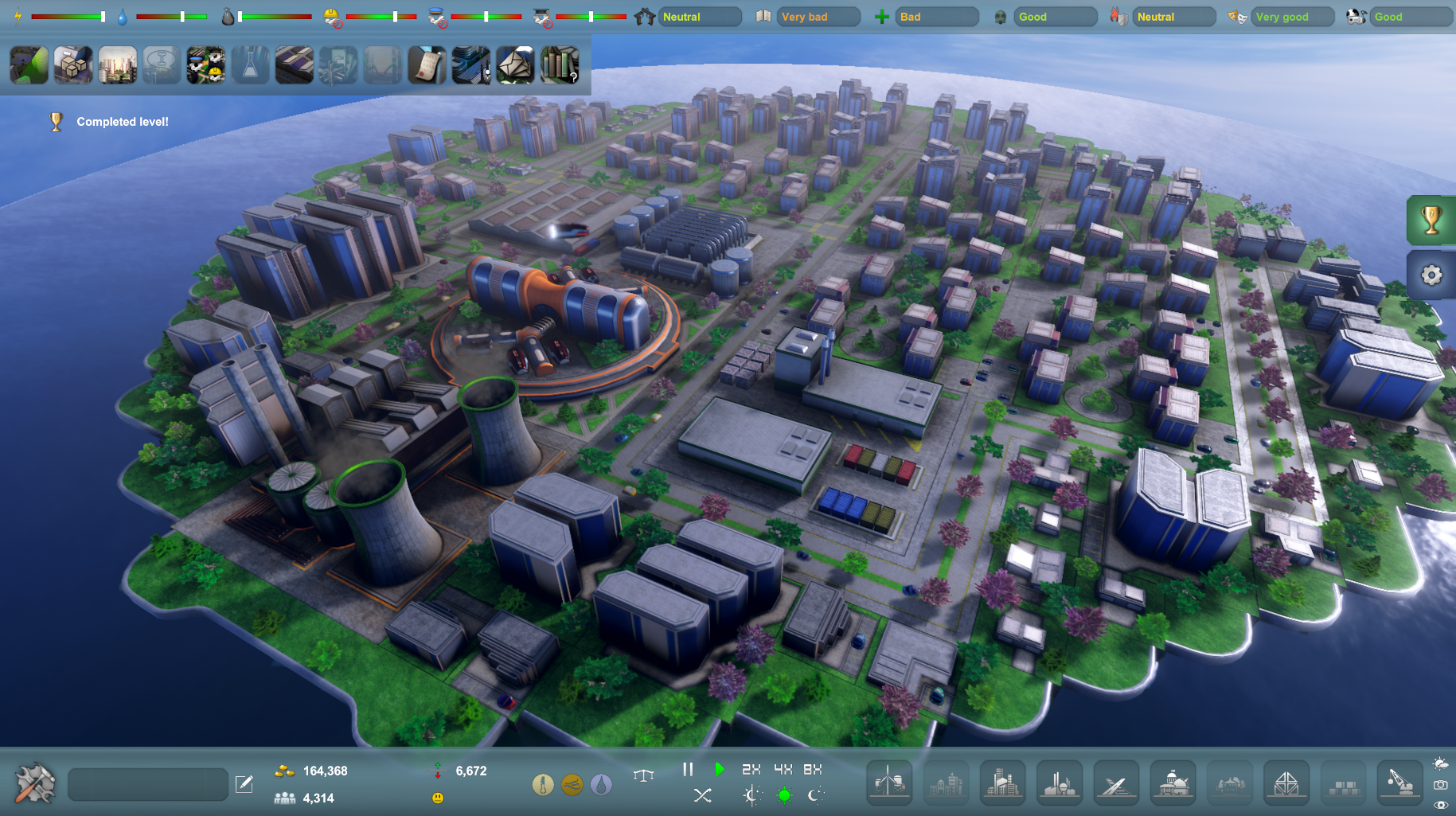 Buildable water is a new feature in the upcoming version. Getting this to work properly has required a lot of shader work, which has taken up a lot of time. I've also needed to redo a part of a mesh merging system as well as adding to an existing system that checks and adapts meshes to neighboring meshes (like roads). It's not certain atm if the new buildable water will be complete, but it will be usable enough. 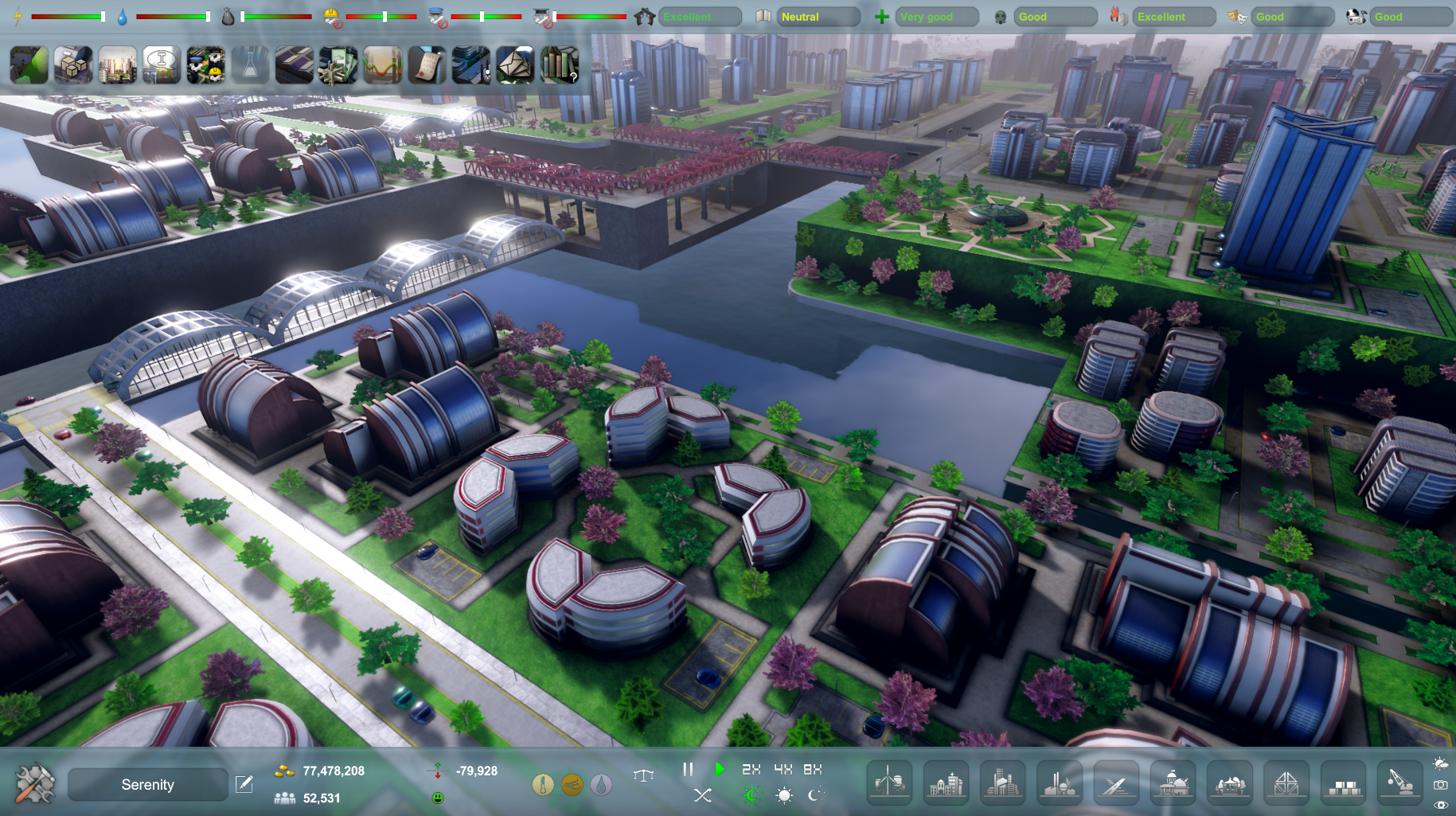