Post news RSS Weekly Update: Putting it all Together and Trailer Woes

We talk about current goals with level design and project progress while also discussing the issues of making a trailer that shows of game-play for a action/puzzle game. Also covering up a bit about our development philosophy

So this weeks update has gotten slightly delayed, we had a rough couple of last two days getting all the finishing touches added to our cinematic editor and putting it through the paces by making the final clips for the trailer. Making a trailer that actually conveys our game-play has been a challenge for us on this project, how do you convey a puzzle game in an interesting way while still showing it’s core. Going through an entire puzzle is to slow and showing the solution doesn’t help much either as it won’t show the process that goes through the players mind and it’s hard to understand. The original portal trailers used small flash style clips showing the solution visually first and then showing it in game to help the player to grasp the concept, With the portal concept being such a visual concept it was easier to show since what happens in Temporality is more behind the scenes it’s harder to show, Instead of trying to show real game-play we have opted to concentrate on showing what the game-play is about. Single player cooperation using multiple time clones in differing timelines to resolve the problem before you. 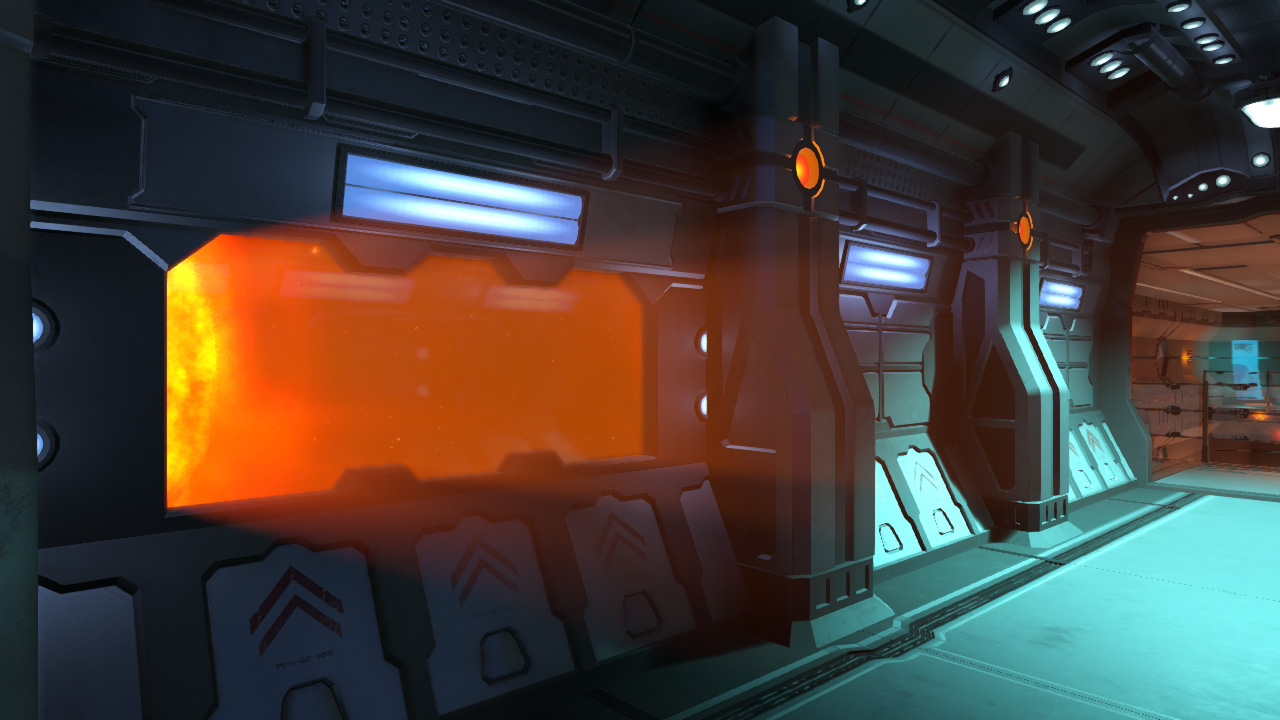 Obviously not all puzzles lend them self to showing so we choose a couple that easily demonstrates the concept. To do this we have opted to use recordings of game sessions with moving camera showing of the action from the best angles. An interesting thing is that since the concept of time in the game allows the player to control multiple clones at the same time during different time lines. This we can’t show as we can’t show multiple timelines at the same time. What we do see is the final timeline with all the clones performing their actions at the same time, the way it would seem to anyone not using the TP-205 Implant. This allows us to show the concept of multiple clones cooperating to solve a larger problem. However the actual time manipulation won’t be seen. An idea we have is to do a dual recording where we show booth the players actions from the players point of view and the resulting timeline side by side to show the differences. We will see about doing one of these as a complementary trailer.

But at the moment we have other focuses that are even more important than our presentation material (as important as that is for a smaller studio), our game. As we talked about last week we are now working towards putting together the final levels and the final puzzles based upon the myriad of focus tests we have performed earlier. This week we have managed to put together 3 levels in what we hope will be a near final state we will put together another one beginning next week and then we will run a focus test on the beginning of the game. Incidentally that will be the complete set of levels put together in the Cybernauts environments (we will try to do a lore post later explaining more about the games setting but to give some info Cybernauts is one of the four companies that has build the different parts of the test facilities).

This will mean that we will hopefully have the 25% percent nailed down soon and production wise that is important since the difficulty of the puzzles on later levels are depending on what the player have learned earlier which forces us to put the game together from the beginning towards the end now that we are homing in on the final levels and not just testing around. Thankfully putting together levels are quite quick it’s coming up with the puzzles that is the hard part and to put them into a proper flow and we have done a lot of work on that so it’s not like we are 25% done by now. I would say we are around 80% done which goes well with our plan for a spring release now in 2013. Yeah we are finally going to push this out. since we increased our staff size during the fall we have been able to progress much faster than earlier and we can definitely see the finish line approaching which for the ones of us that has been on the project since winter 2010 feels quite welcome.

We might do some posts later on the evolution of Temporality through the years booth visually but also some of the puzzles that got used along the way and the different map designs and what worked out and what didn’t. Again if you have any preferences of what you want us to cover in the future don’t hesitate to contact us either through the comments or our webpage. 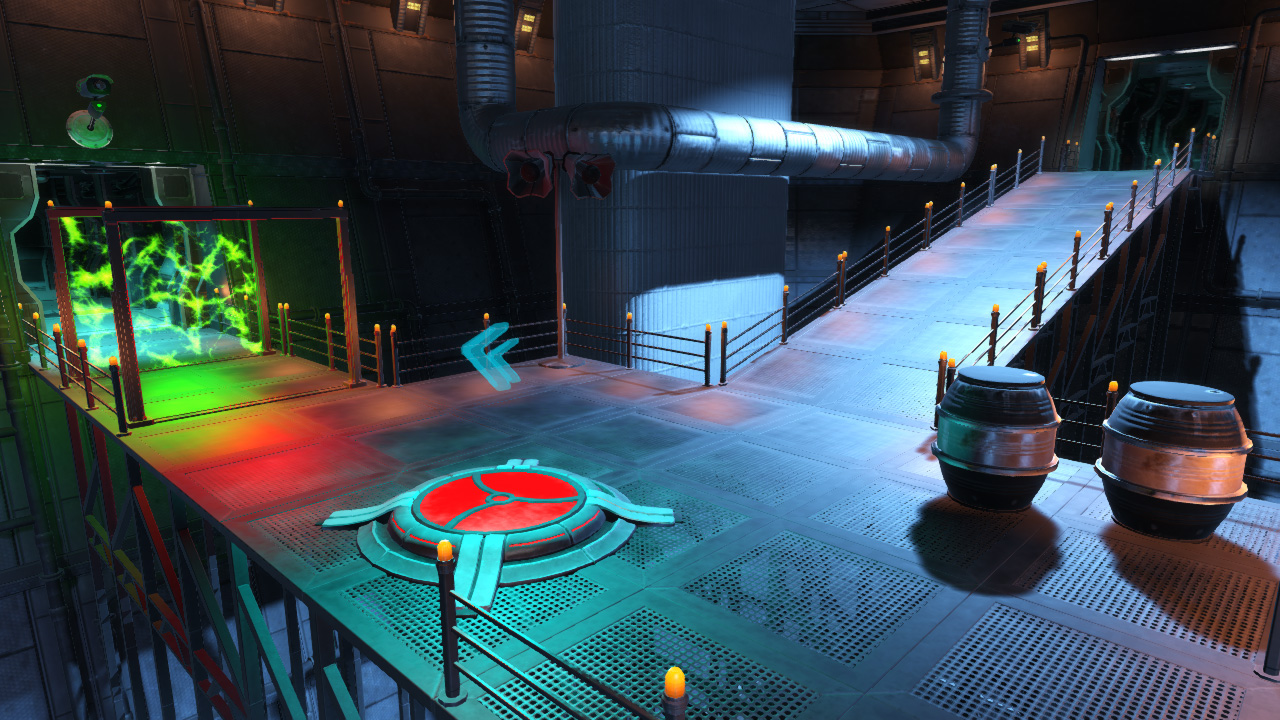 As a company this has been an amazing roller-coaster ride of focus changes at the beginning of the fall we had a huge focus test session with 10 levels in the test and a really strong game-play focus. Then after that we had to buckle down and find out what we wanted to do visually and now with the trailer work we have worked that out and will again turn our attention mostly to the game-play part to nail down the final levels there will always be time for visual polish after the levels are solid. Which means that we aren’t even placing props on the levels we are building now. We feel that it’s important to focus on what is important at every part of the development so you don’t get lost. But then I admit that we have been very lucky, the core game-play worked well straight out of the box during the spring of 2010 and since then the focus has been more on what mechanics we can add to that core and how we can create interesting puzzles using them instead of having to spend a ton of time on making the core work. This is why we had time to focus on booth looks and level design to reach the level of polish we are at right now. And things will just get more interesting going forward.

This the first I've seen/heard of this game, but by reading this article it sounds really cool! Looking forward to release!

Thanks for liking it. We are perhaps working to hard on the game and to little on marketing though :/ We want everyone to have heard of it :)