Work on version 0.37 has really picked up this week and it's now almost ready. It should be live tomorrow as planned!

It's fairly balanced between new features, optimization and bug fixes. One of the more apparent fixes it that cereal and legume can now be produced by two different types of buildings. The previously available greenhouses are still available but are now more expensive, while also producing more. They are primarily intended for bigger cities. Early on, there are now more traditional looking farms that are cheap, but produce less. 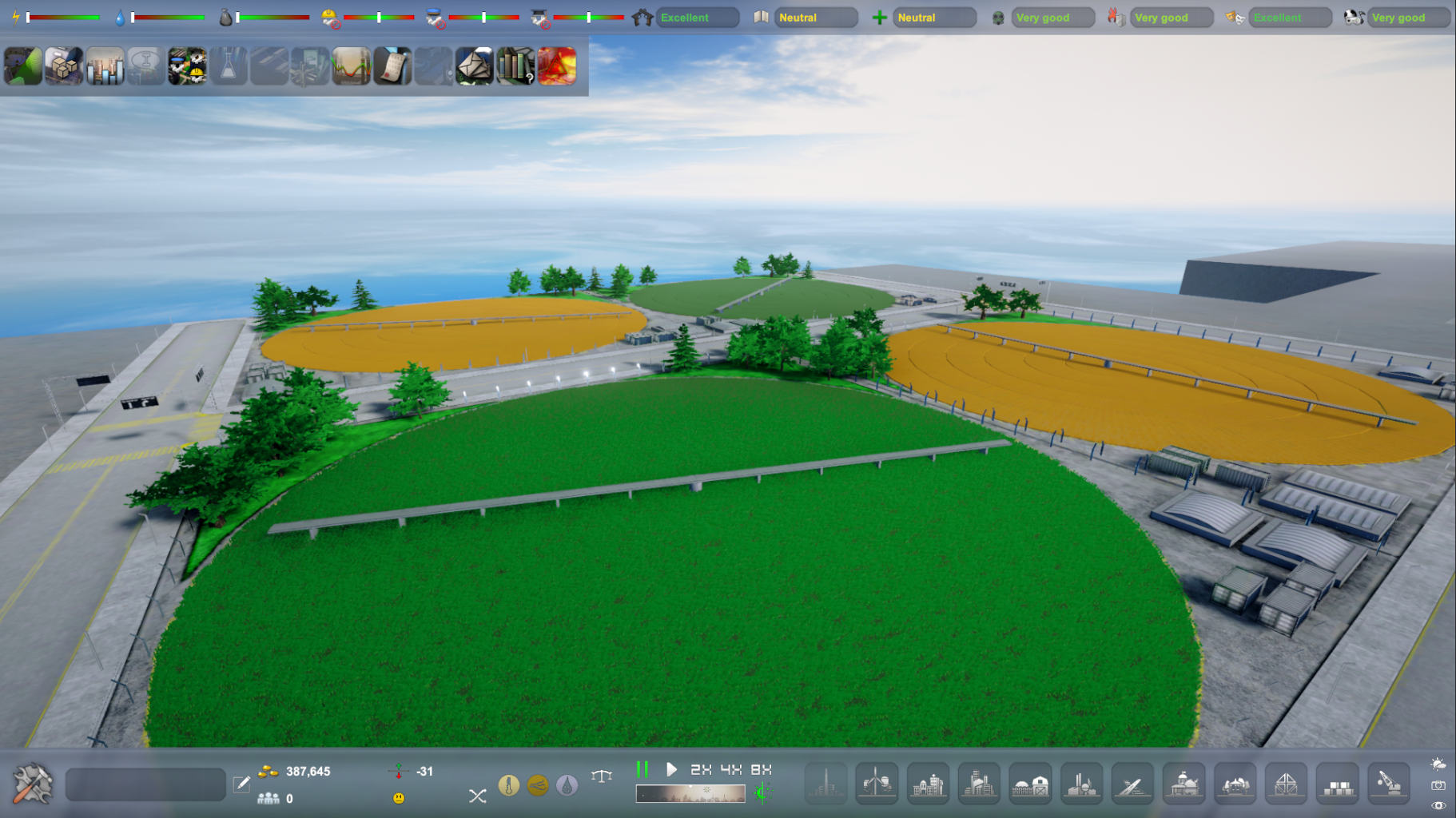 I've also now added in an overpass that can be built on. These function similarly to bridges, requiring a connection on two sides. Once built, they function just like normal concrete blocks. 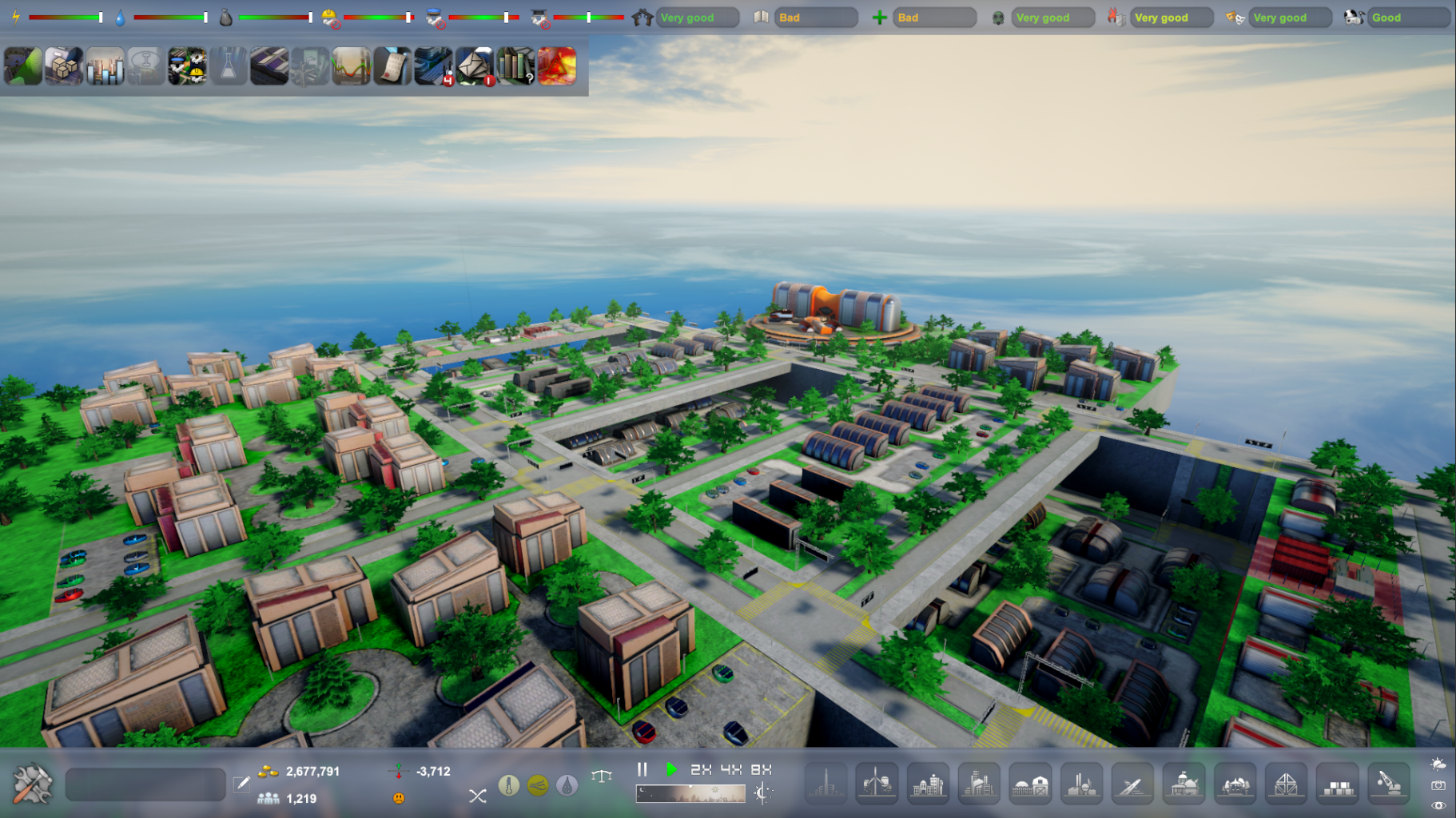 In this version, fires are enabled. If a building has very little coverage from fire departments, or crime is exceptionally high, it will run the risk of catching fire. Buildings on fire will be put out over time, but fire might also spread to neighboring buildings. Buildings that are owned by the city need to be repaired manually. Zones on the other hand will be repaired over time. Buildings can also burn down completely, if they are owned by a conglomerate, this will cause unhappiness. More disasters will be added in version 0.38 and onward, starting with minor stuff like heatwaves, blizzards, crime waves and ending with meteor strikes and nuclear meltdowns.

There's now also a new mode - Atlantis - where the aforementioned disasters are disabled. In this mode, the economy is always booming and most of all - you have the perfect amount of cash at hand at all times! 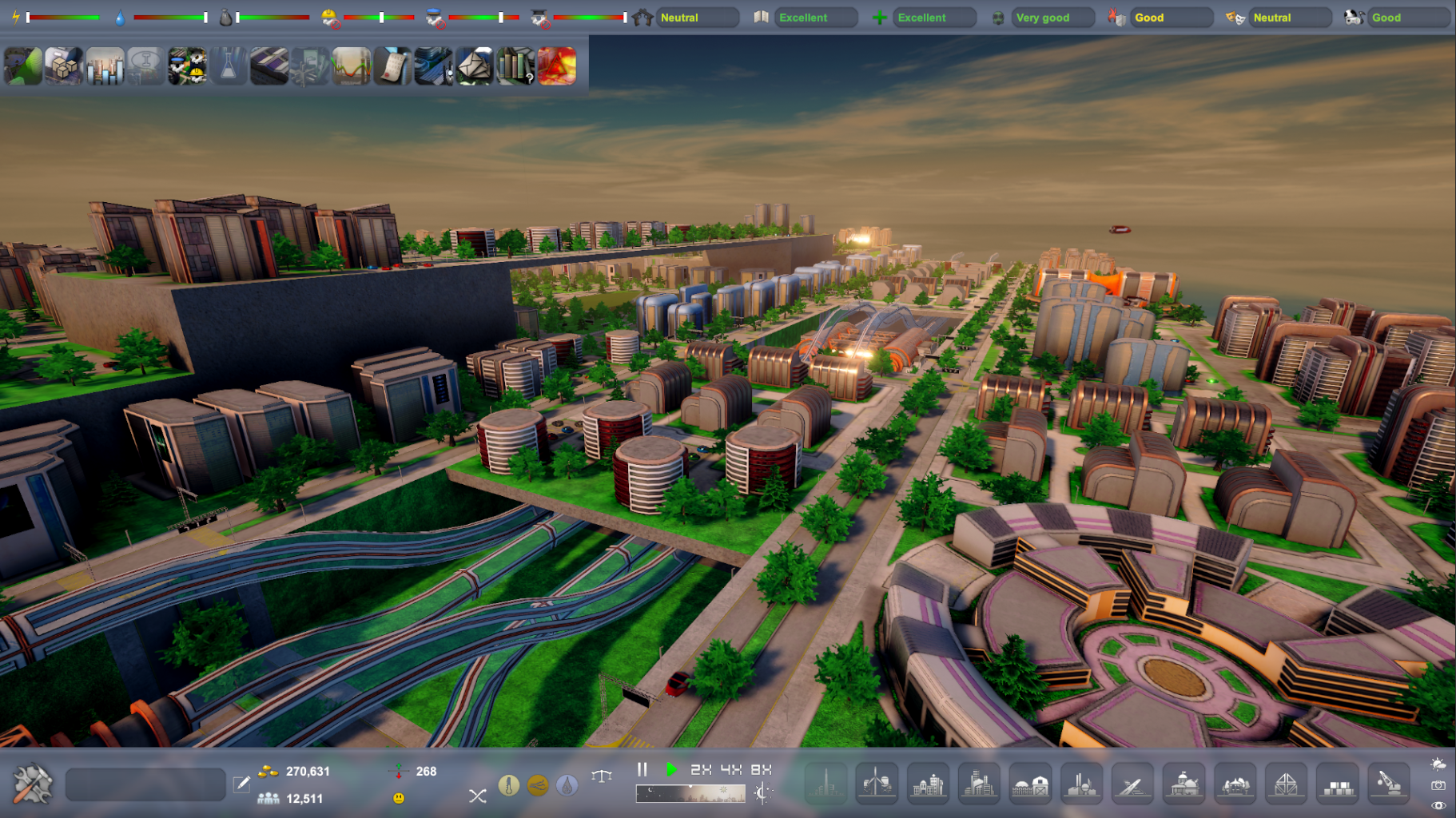 Two modes of bulldozing are now available. The original one where blocks, buildings or roads are selected for destruction and a mode where blocks are destroyed, but whatever is built on these blocks is automatically destroyed as well. This will speed up restructing areas. 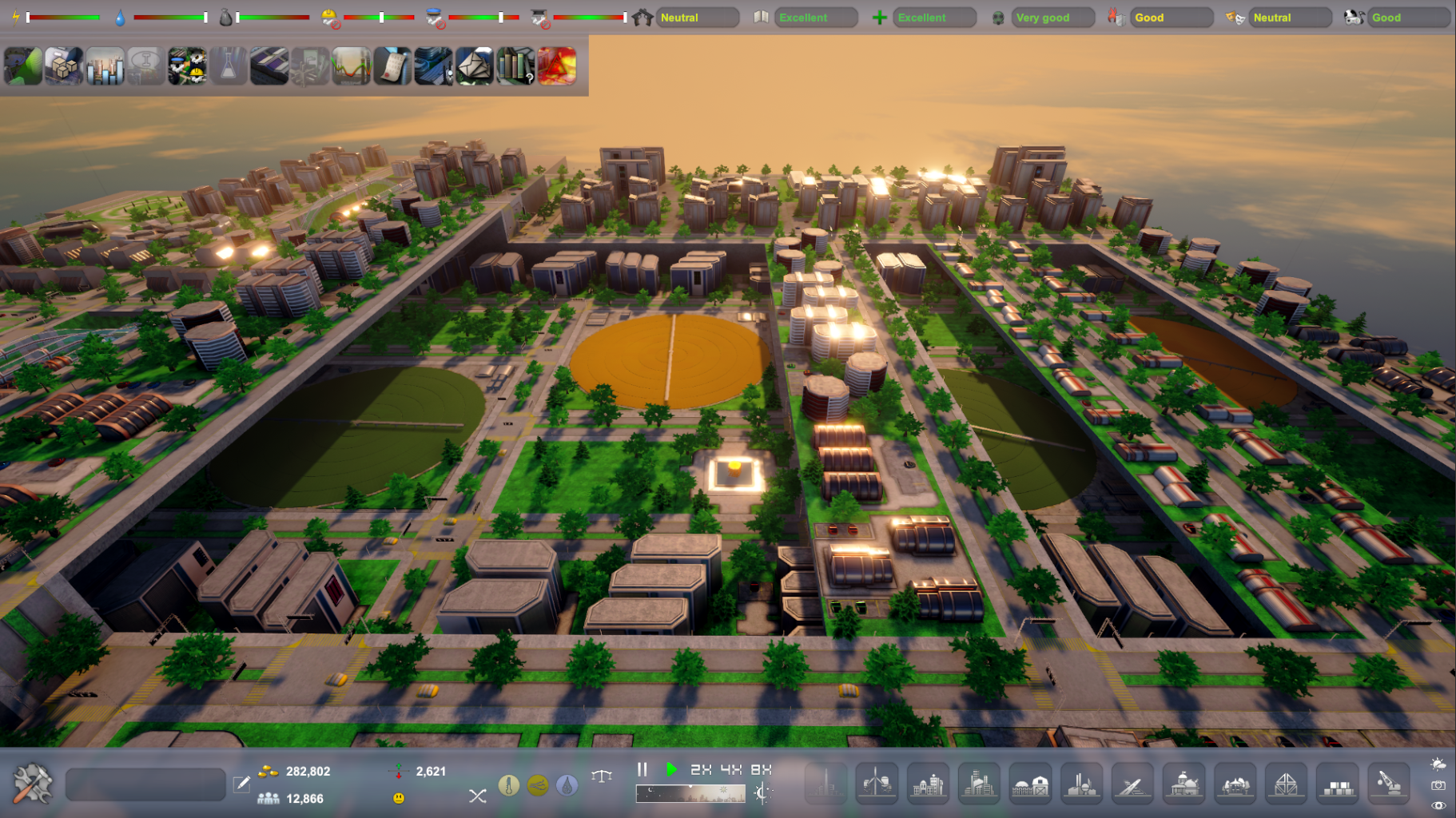 Most of the work on optimizing graphics is done for now. Pretty much every building now has a low poly LOD version and a very low poly shadow caster. This has allowed for a better draw distance that can be set from the options menu.
Trees now look a bit nicer too, after some shader adjustments and tram tracks are now textured instead of using a mesh, which is more effective but also reduces aliasing. Resolution scaling options were off causing some performance trouble, this has now been fixed and it should now also work better with TAA to prevent aliasing.

I've also fixed a bunch of bugs, among them roads connecting through bridges when placed on the side of a block that also has a bridge and block placement being offset when resolution scaling is not set to 100%. 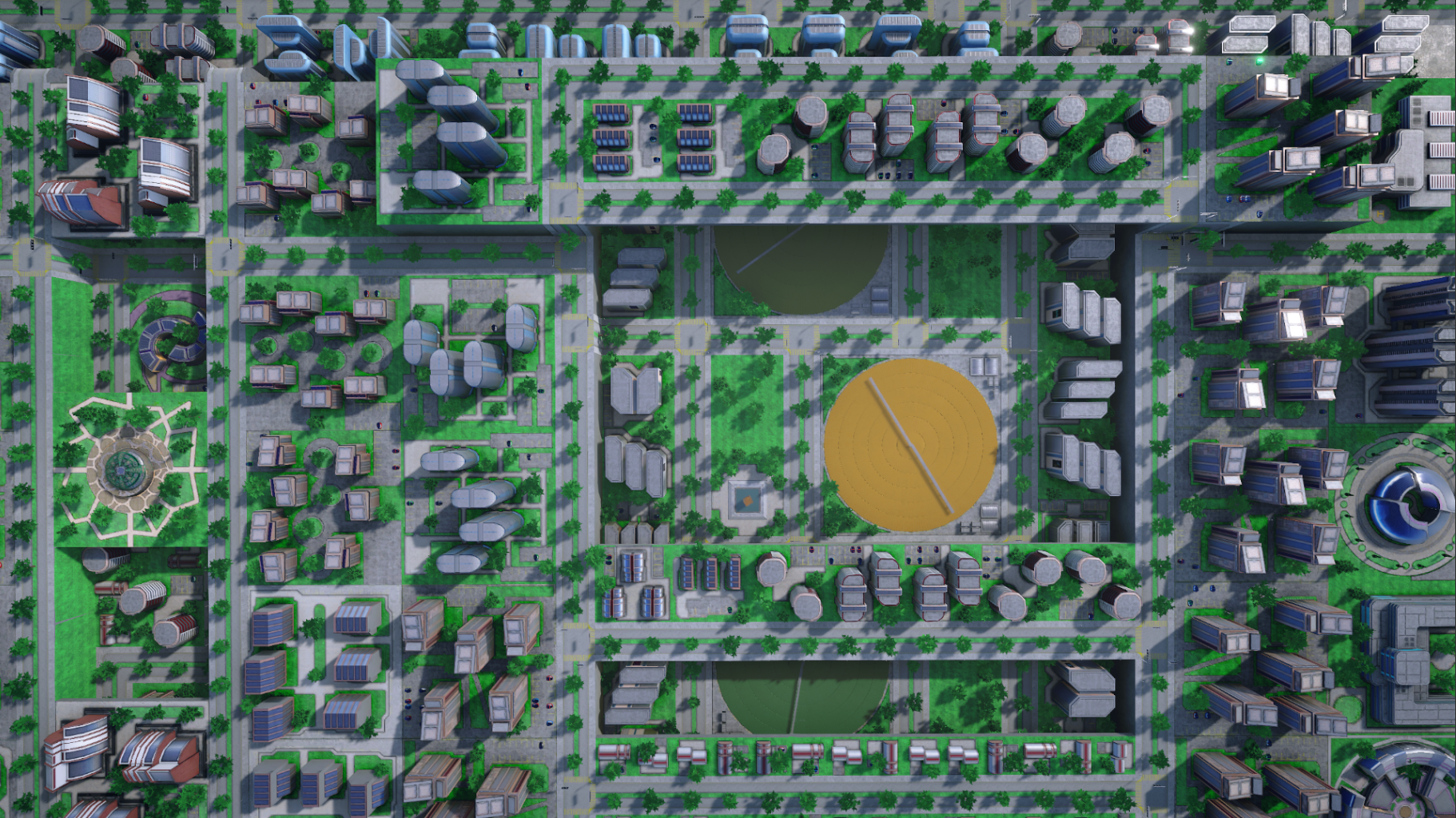 Overall, this is a fairly large update with a bunch of new features and fixes. As mentioned, it will be live tomorrow!
As for version 0.38 - this is planned for september 21st. This is fairly far off, but it will also be a fairly large update with plenty new features that require time to brew. After that, I will go back to the two week update schedule I've had before.