Autumn theme, lots of bug fixes, new commercial buildings and a slew of other additions/improvements.

Version 0.15 is live and in it, fall has finally arrived to the floating cities of Atmocity! 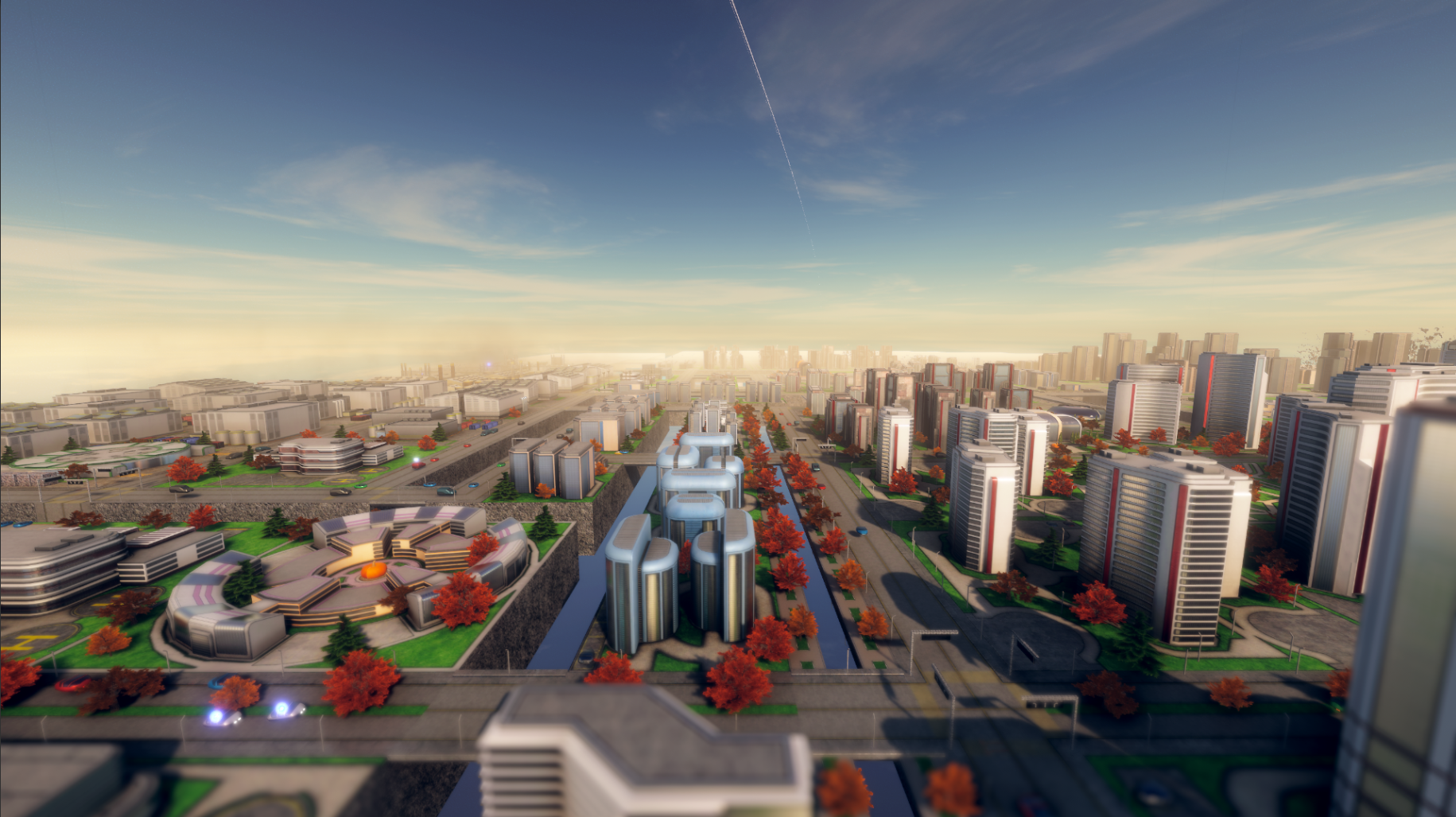 Aside from the fall theme, this version fixes a bunch of performance issues and bugs, but also adds the final set of buildings planned for the initial stage of the Early access period. On the subject of plans, I am slightly behind on the road map, primarily due to adding QoL-improvements from requests, but also due to certain aspects of planned system additions being slightly trickier than expected. I expect to make up for the delays in december, when the overall work load is lower. All in all, the roadmap for 2019 should be completed along with a bunch of unplanned feature additions. So what is new and fixed in 0.15?

New major features:
- Second density for medium scale commercial zones added.
- New challenge level added - new challenges will be added in more frequently moving forward.
- Additional tutorial added - basic production.
- Additional policy added - Financial stability. Includes universal basic income, fraud monitoring among others.
- Wealth and financial transactions taxes added.
- Planar movement mode added. This keeps the forward/backwards movement aligned to the height the camera is currently on. This is on by default, so if you are used to the relative movement scheme, this can be changed in the controls options.
- Offers/demands/bribes are now monitored for a while so that a tax or policy can't be changed directly after accepting them. If tax is raised after accepting a demand to lower it, you will incur a happiness penalty.

Adjustments:
- Removed high skilled labour requirement for electronics factory.
- Health otput from clinic and hospital increased.
- Service production of medium scale commercial buildings lowered.
- Residential tax revenue adjusted.
- Effect of labour policy lowered.
- Changed road building to always be allowed on blocks, earlier building roads near the edge of the city could be prevented incorrectly.
- Music ducking removed.
- Adjusted the time it takes for industry to adjust production after a resource is missing or after the economyto takes a hit.
- Removed clamping to allow zero production if all inputs are missing.
- Demand curves for individual resources tweaked.
- Unemployment and labour shortage effect on wages tweaked.

Known issues:
Vehicles sometimes taking shortcuts and spam spawning. Visual glitch only, this will be fixed in the next update along with a bigger traffic optimization.

As can be seen, there's a heavy focus on addressing issues. Some of the issues fixed arose after optimizing the connection system. There have also been some calculation errors and issues with displaying the correct amount of production under certain circumstances. These should hopefully be a thing of the past now. 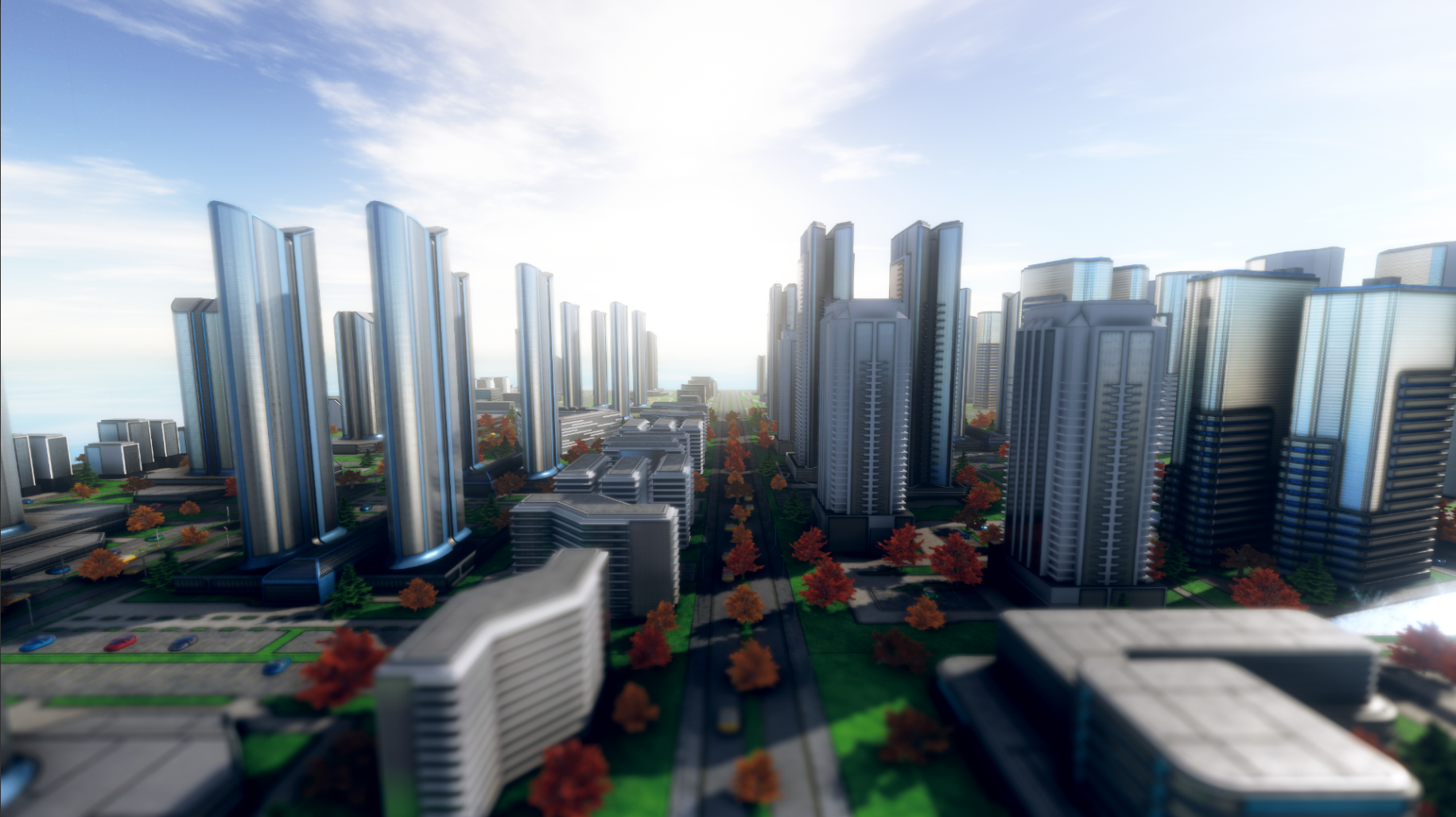 Of the new features, the medium scale, second density commercial buildings are one. Another is the addition of new taxes and policies and a bunch of tweaks to tax revenue and policy costs.
Most notably, residential tax revenue has been tweaked a bit (down) to accomodate changes made in how wage levels are calculated (should generally be higher now, meaning more tax revenue). The newly added wealth and financial transactions taxes can also be used to gain additional revenue when finances are tight. 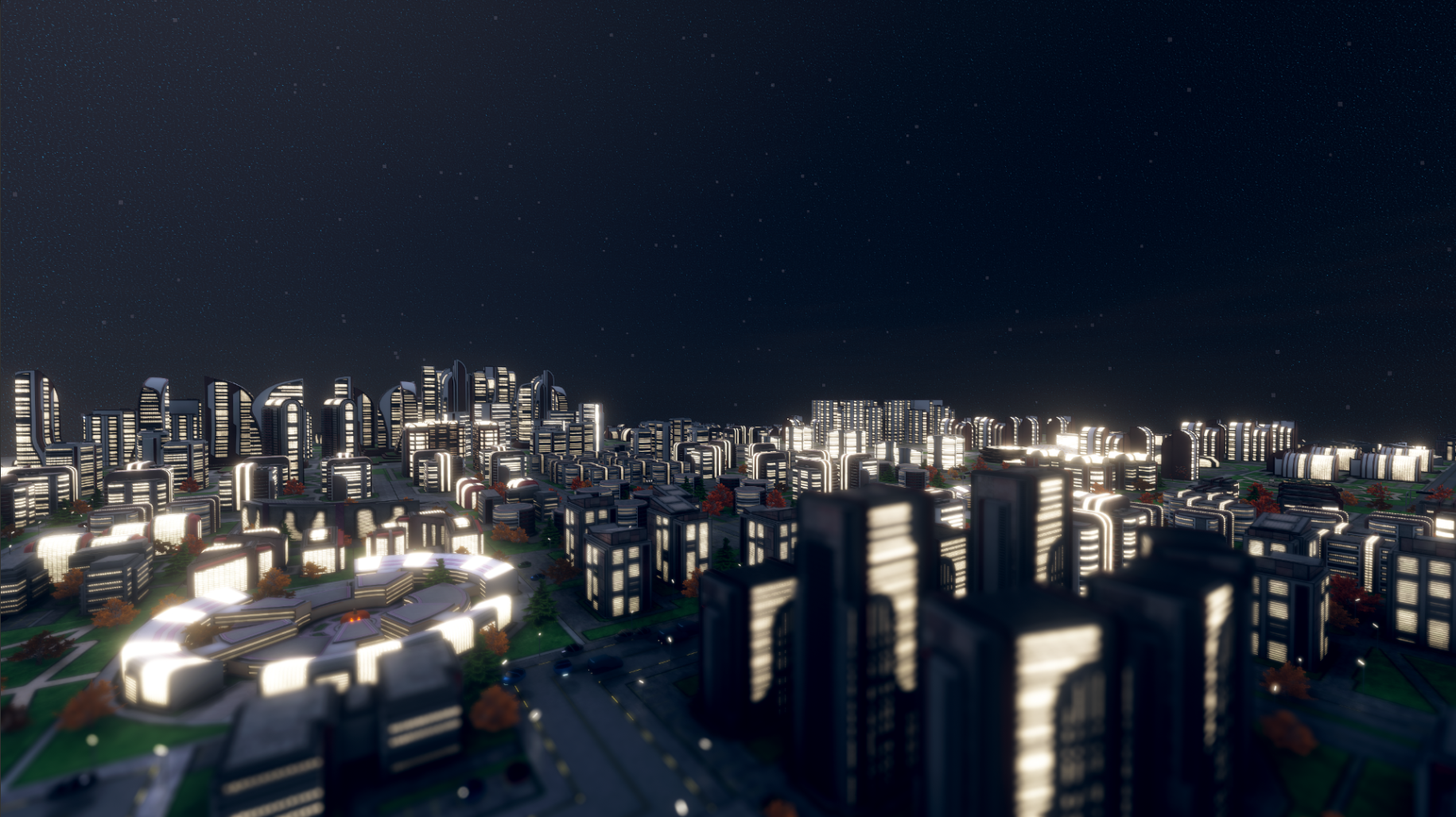 In line with requests, I've also added another movement mode refered to as "planar movement". This moves the camera forward/backward along the horizontal axis, instead of moving it relative to camera rotation. There's now also a basic production tutorial and a new challenge level. 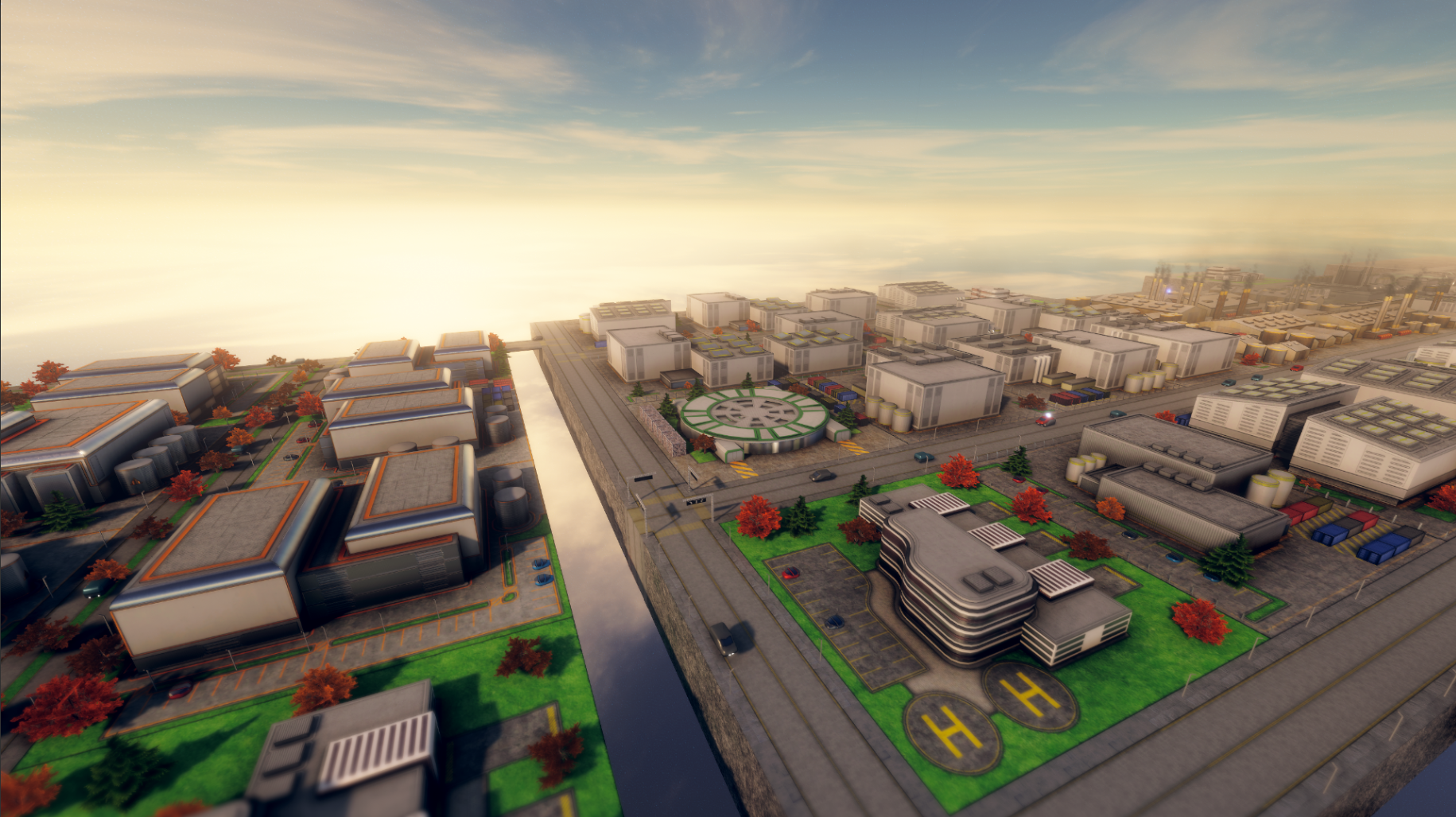 Production and commercial buildings have now been changed to require labour input. Before, some production of goods and services would still occur even if there was no labour available, but now these buildings must have at least some labour to function properly. Logic being that you wouldn't get your hair cut with no barber or taxes done with no accountant. 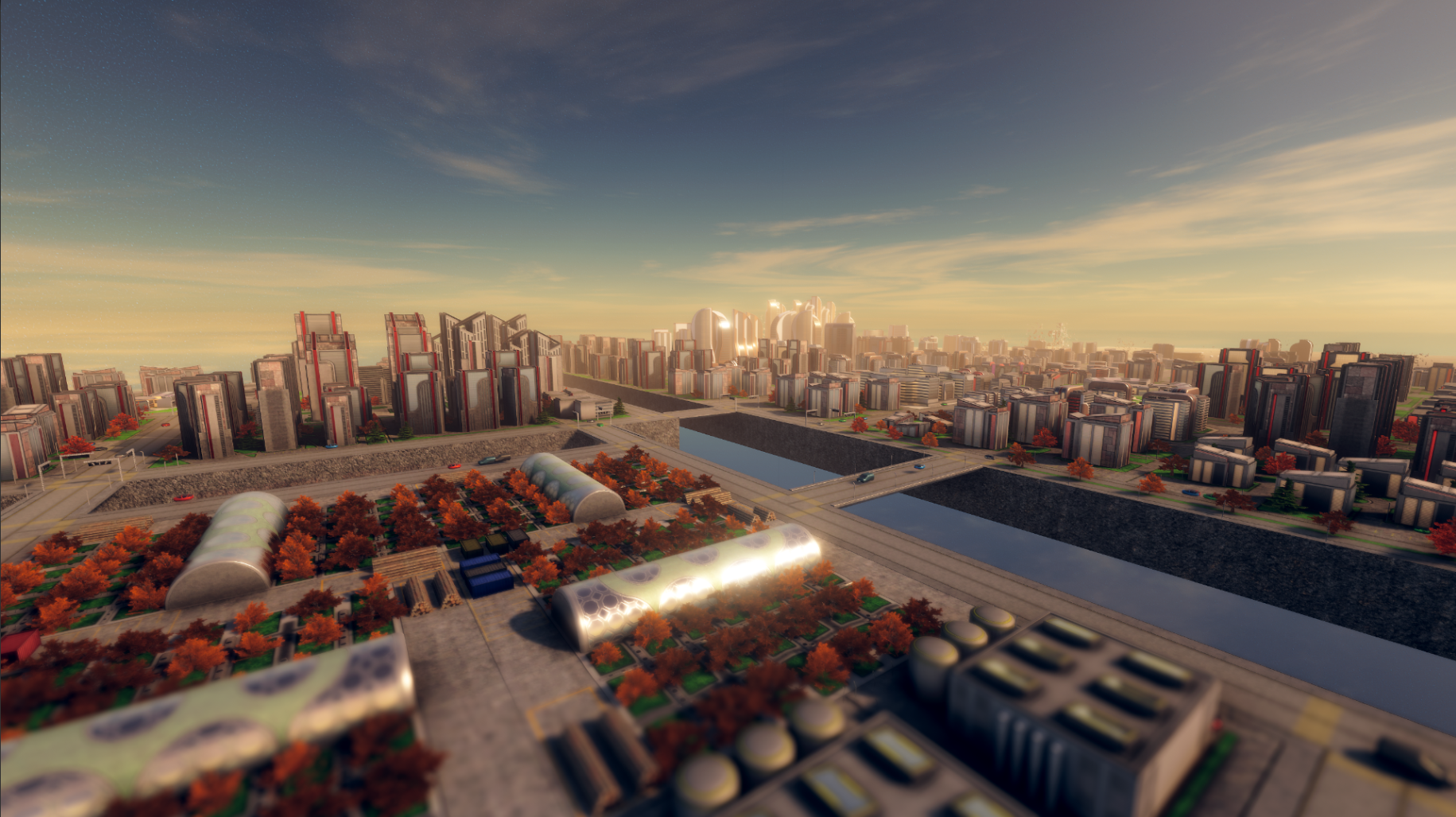 Among the smaller QoL additions in this version, there's the ability to turn certain production buildings off. There's also a building status view to check for unconnected, unpowered, unwatered or disabled buildings.
There's also been quite a few optimizations done to avoid stuttery framerates (which sometimes was an issue when building stuff or when buildings grew).